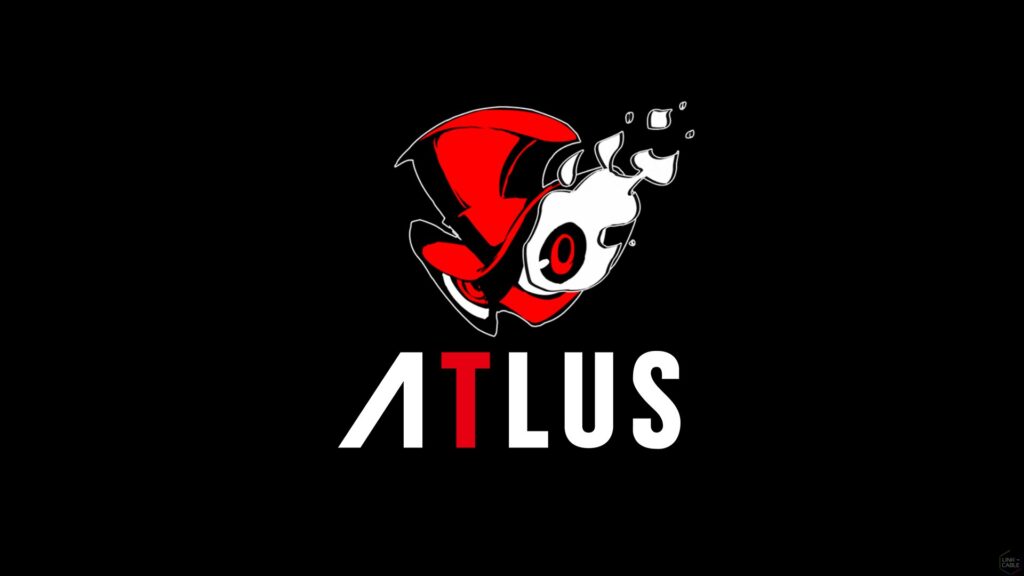 While ATLUS is most known for the success of the Persona series, it’s not the only successful video game series they produced. Since its inception in 1986, ATLUS has been responsible for creating video games that had people talking and even opened branches in other parts of the world. ATLUS West, formerly known as ATLUS USA, opened in 1991, and ATLUS Europe in 2017.

While the Persona series is one of their most popular franchises to date, the company also produced other notable games and series.

Today, we’re looking at 10 of those games.

This 2015 game follows the newly elected Vice President of the World. After the odd disappearance of the President, it is now up to the Vice President to save the world, and he has to go around and collect 40 citizens to fight against his enemies. The game has a lot of issues when it comes to its agonizingly slow pacing, but it’s wit and charm make it something worth looking at.

The game pulls no punches in making jokes about narcissist politicians through the Vice President, but these quirky one-liners get old fast. However, the battle sequences are the best thing in the game due to its comedic charm.

Each citizen has their own special skill set based on who they are, and it influences how they attack; for example, the Vice President’s mother has the ability to lower an enemy’s defense by giving them a stern lecture. Citizens of Earth is available on Steam, PSN, and for the Wii U.

This 2005 game and the later games allow players to become a surgeon without having to go through all those years of med school and a residency. Each of the five entries into this franchise all follow a surgeon and their teams as they fight against a man-made parasite named GUILT.

The gameplay itself is fun for those who enjoy Operation and games that put an emphasis on dexterity with the Wii remote on a time limit.

While the idea of being a surgeon is great, the game reminds players that being a surgeon is not easy. If they lose a patient, the surgeon will, in some cases, go into a deep depression and die. In other cases, the surgeons curse themselves for not being good enough. The game allows a more dramatized look into the industry, and it also teaches players some basic anatomy. The Trauma Center games are only available on the Wii and the Nintendo DS. 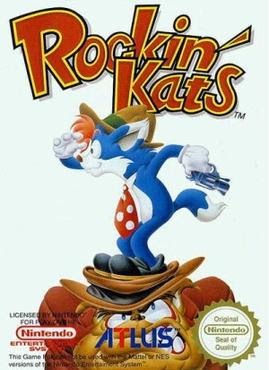 Going back to 1991, Rockin’ Kats follows Willy, a jazz musician, whose girlfriend was kidnapped by a local crime boss, and he’s now on a mission to save her. While the game only has five stages, it’s a charming game with great gameplay. While it’s not a difficult game, it is a fun game to play due to its mechanics and its charming designs.

Simple gameplay doesn’t always mean bad gameplay, especially when it comes to this game. With only the help of Willy’s detaching gauntlet hand, players have to use the hand to move around and fight enemies. The game’s charm comes from its fun designs that were popular during the time. Rockin’ Kats is available on the NES.

There’s no order to play the games, but we recommend starting with Etrian Odyssey IV if you’re an absolute beginner since it’s the most forgiving to new players.

Fans of Persona Q might be aware that the game follows the exact same gameplay mechanics of the Etrian Odyssey series, so if you were a fan of that gameplay, then this is another franchise you might be interested in venturing. Each game has its own wondrous part of the world to explore and characters to meet and level. Etrian Odyssey is available on the Nintendo DS and Nintendo 3DS.

2007’s Odin Sphere is a beat ‘em up game that is heavily influenced by Shakespeare, fairy tales, and Norse mythology. Leifthrasir is the 2016 remake of the game that updates the visuals of the original game. The game follows five different characters through six different stories that tell their perspectives, and the stories do come together at the end.

Fans of mythology and fairy tales will enjoy the game’s visuals and storyline, and fans of developing characters’ fighting abilities for maximum damage will enjoy leveling up their skills. The remake not only updates the visuals, but it also fixes a lot of the issues players had with the original series when it comes to the battle system.

Of course, if you’re interested in playing the original with the remake, Leifthrasir offers the original mode upon completion. Odin Sphere is available on the PS2, and Leifthrasir is on the PS3, PS4, and PS Vita.

2004’s Digital Devil Saga is a dungeon crawler with turn-based mechanics set in a post-apocalyptic wasteland called the Junkyard. In this first game, the main characters are in a tribe called Embryon, and they must duke it out against rival tribes for the right to enter Nirvana. The game itself is very weak in terms of plot, but it pays off in the epilogue game.

The 2005 sequel game is an epilogue game that follows the group after they reach Nirvana. The game itself made a few changes to the skill leveling system, but besides that, it plays the exact same way. The sequel is better than the first game in terms of plot and knowing what’s going on.

While the first game did little to answer the players’, and characters, questions as to what was going on in the game, this epilogue game answers all the questions players had throughout the previous game. Both games are available on the PS2, but they can be bought on PSN. 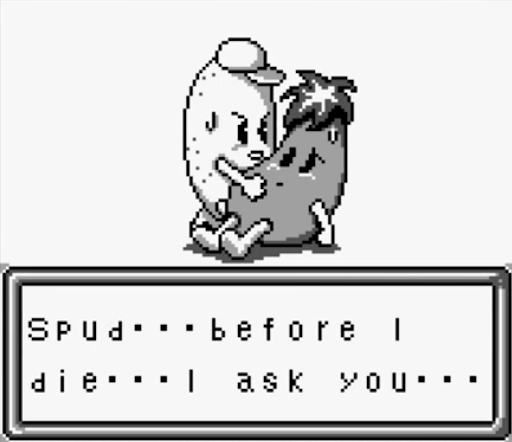 1991’s Spud’s Adventure is a puzzle adventure game that starts off with the princess of the Vegetable Kingdom being kidnapped by the beetle Devi, who is totally not a representation of the devil, and the King sending his knights to rescue her with no avail. Spud enters the picture as he wanders into the kingdom and offers his help to the King.

Throughout the game, Spud collects allies, and together they fight to rescue Princess Mato.

What makes this game stand out is the overall concept of having a potato rescue a tomato from a beetle. While it sounds weird on paper, the execution of the game is really good and shows the creative talent of the team who developed the game.

The gameplay itself is rather simple once you figure out the puzzles, so it makes a fun play for those who enjoy them. This game is available for the Gameboy.

2003’s Nocturne, like most Shin Megami Tensei (SMT) games, is a turn-based RPG that’s heavy on gameplay. The game is set in a post-apocalyptic world, and the protagonist and his friends have been turned into half-demons. The protagonist must decide how he wants to re-shape the world and either align with one of his friends or forge his own path.

Unlike the other entries in the series, this game is considered a nightmare due to the specific conditions needed to defeat the final boss for the true demon ending. While other games in this franchise have some leeway, this one doesn’t which makes this game one of the most ruthless, unforgiving PS2 games ever created. With so much content, players log at least 100+ hours during one playthrough.

While it is grueling, the game is fun and is popular within the SMT fanbase due to the game’s inclusion of Dante and continued savagery of a certain beloved mascot, Jack Frost. Nocturne is available on the PS2 and on PSN.

Fans of Bandai’s Dark Souls may be familiar with the first title in the franchise, Demon’s Souls.

This 2009 game is an action, hack and slash RPG that takes place in the Kingdom of Boletaria which is being ravaged by an Old One that was awakened by King Allant. It is now up to your character, who is completely customizable, to gather enough souls to kill the King.

This game is a pretty difficult game for inexperienced players. This game has a system in place where it punishes players for dying, but it also rewards players who don’t die as well. However, the overall gameplay mechanics are really fun, and it gained a huge following for it. Demon’s Souls is available on the PS3 and PSN. 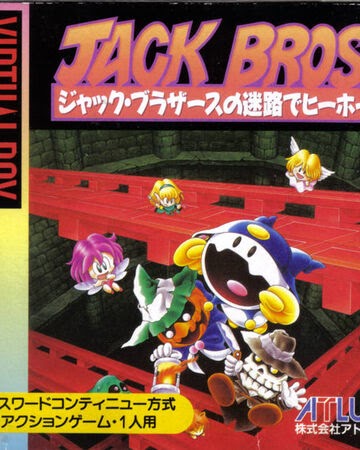 Hee Ho! This 1995 game was the first SMT spin-off game to be released outside of Japan. The game is an action game with little puzzle and RPG elements. The game follows ATLUS’ mascot, Jack Frost, and his brothers Pyro and Skeleton as they try to return to the fairy world before Halloween ends or else they die.

Each brother has his own story, so players can play the game three times, and each storyline is different.

While the gameplay is rather simple, the game gets increasingly more difficult as the player progresses, especially due to the levels having a time limit. However, once players get the mechanics of the levels, it becomes pretty simple to move through to the end with time to spare. Jack Bros. is available for the NES.