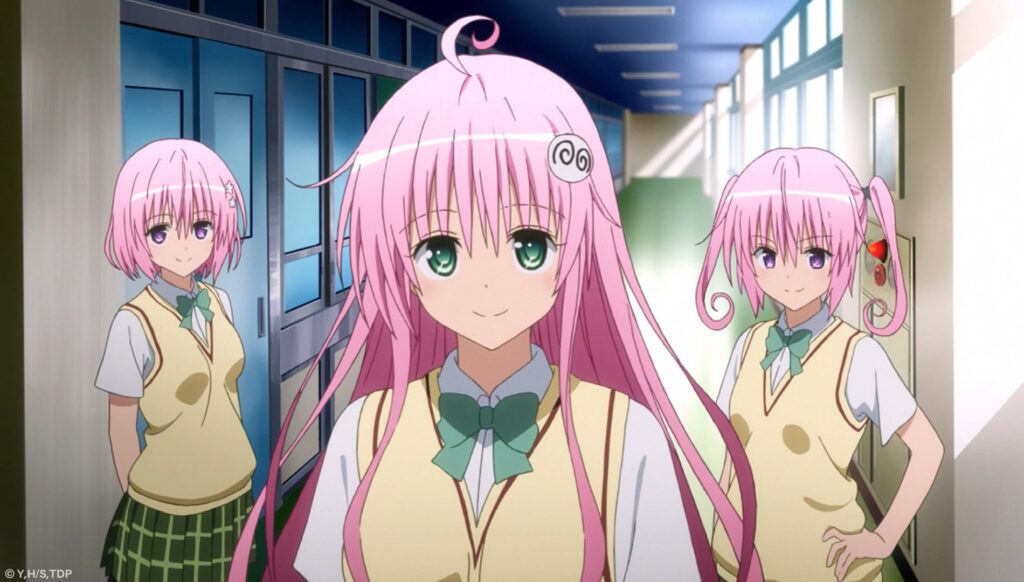 Here’s a big confession of mine: I love anime girls with pink hair. There’s no other character type that is like them. They can be the sweetest, kindest, most caring characters in one moment and the craziest, unhinged psychopaths in another. Sometimes they can even have both characteristics. That’s telling of a unique personality and there have been many characters like that throughout anime.

Here’s a list of the best (and my personal favorite) pink-haired anime girls. By the end of this article, I’ll have you convinced that pink is the supreme hair color of choice for any interesting anime character.

But first, here are some honorary mentions:

And now, to the pink of the story:

Let’s start off with the Yandere Queen herself: Yuno Gasai. As one of the prominent deuteragonists in the series, Yuno harbors an obsessive, maniacal love for her beloved Yukiteru with some heavy emotional baggage. She’d kill anyone who’d get in the way of her love because of the purpose Yukiteru had given her when she had nothing to live for. Subsequently, she becomes a key ally for Yukiteru in the battle royale to become God of the universe.

You probably won’t survive if you cross paths with her. 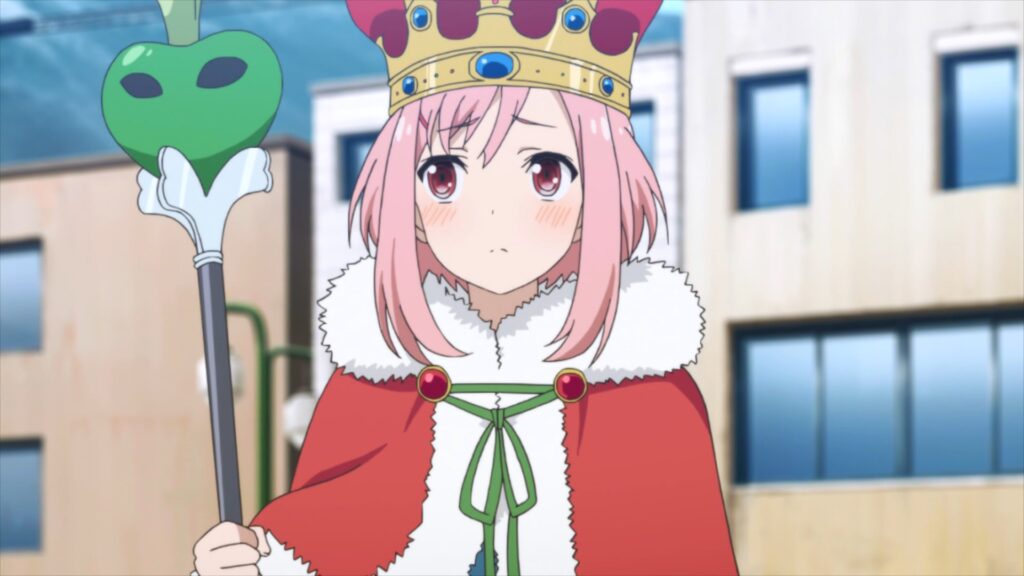 I love Yoshino’s unshakeable determination and quick thinking in getting things done. As a recent hire for the tourism board of Manoyama, her job is to promote and boost traffic towards the remote, rural town. She and her friends come across various stumbling blocks and struggles, but are nonetheless determined to help save the town.

Yoshino takes great initiative in her mission and her optimistic perspective makes her a great character to root for. 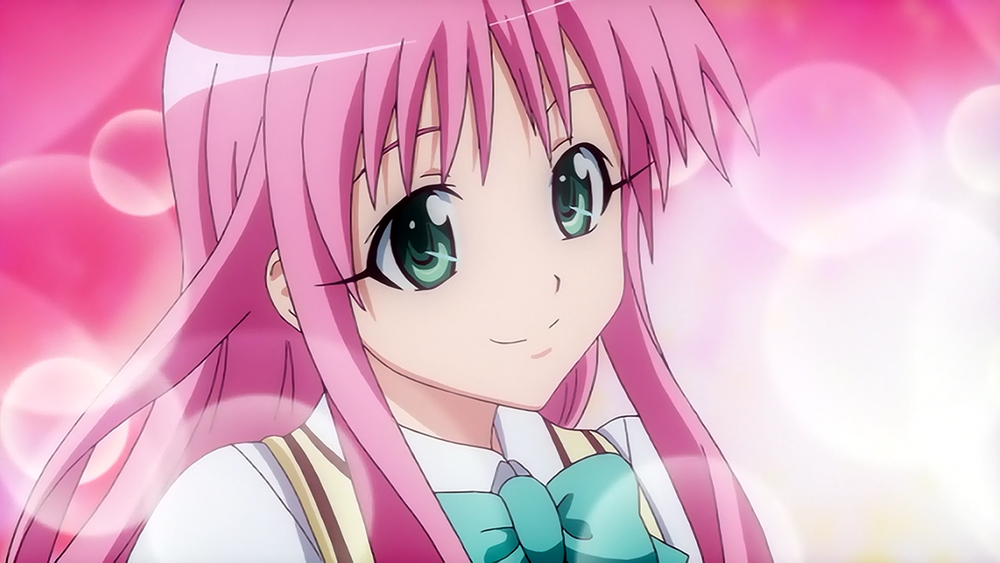 Out of all the main Deviluke sisters, it was tough for me to determine my favorite. While I give respect to Momo, I got to honor Lala here not only because she was the lead heroine for the first series, but she’s sort of like a modern-day Lum Invader (only more oblivious to her body).

It’s her ignorance that makes her charming and a constant source of embarrassment for our lucky harem protagonist, Rito. 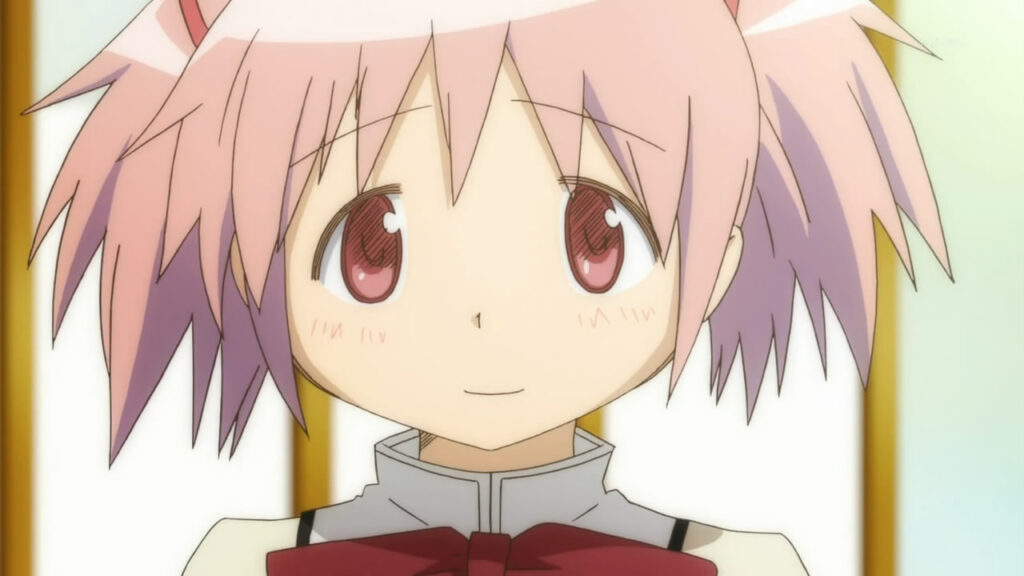 Madoka is a saint among magical girls, but her story is tragically bittersweet when you really think about it. Before Akemi Homura relieved her of her ultimate destination, she tossed away her normal family life to save many people from falling into Kyubey’s clutches and becoming magical girls. Her innocent and somewhat naïve personality doesn’t hold back the generous concern she has for her closest family and friends.

It looks like we’ll be seeing her soon with the announcement of a new anime project in the works.

Zero-Two (Darling in the Franxx) 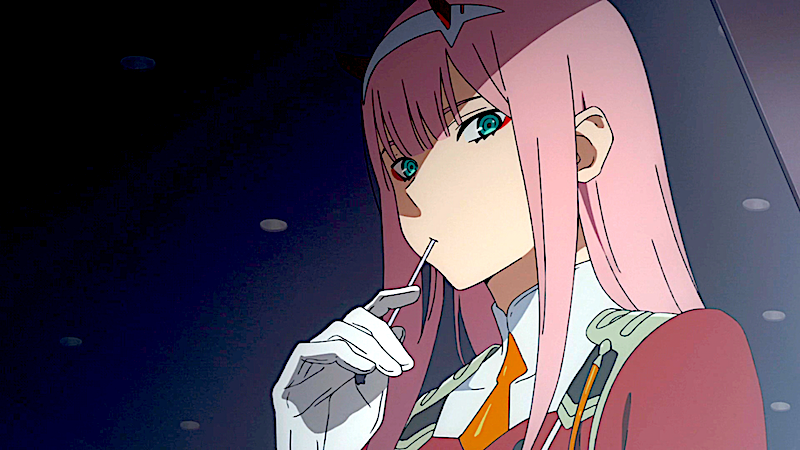 Say what you will about Zero-Two, but you gotta admit that she’s assertive in the way she takes the lead in her relationship with Hiro. As one of the more popular characters of Darling in the Franxx, she’s already amassed plenty of figures and merchandise and her design just works. It’s definitely the combination of the pink hair, red suit, and horns that distinguish her from everyone else.

Needless to say, you’d definitely become her ‘darling’ if she ever makes eye contact with you. 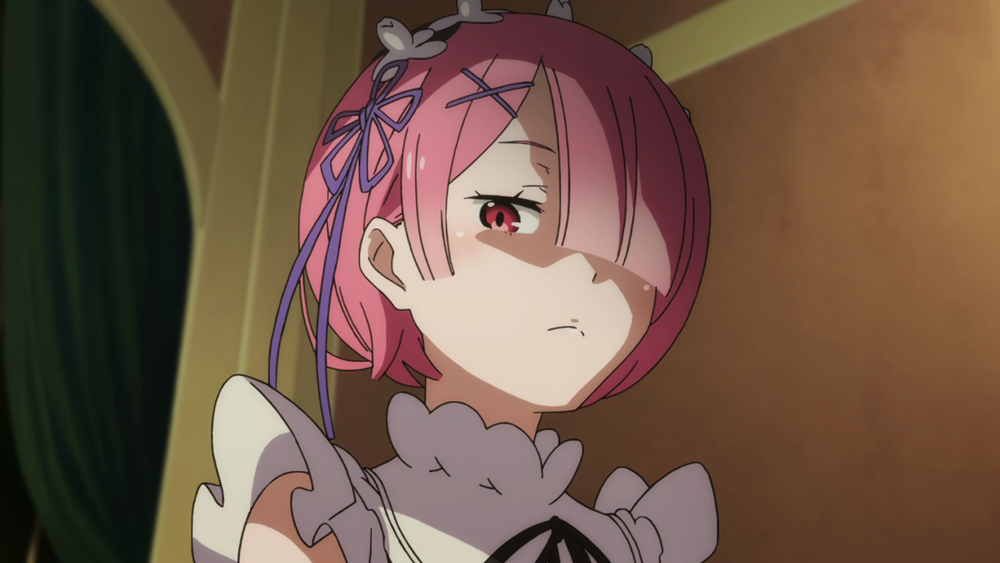 Ram is a pink-haired kuudere who is blunt and not afraid to say what she thinks of people like Subaru. In contrast to her supportive, considerate sister Rem, Ram makes her displeasure to Subaru known through serious and comical effect.

Although she lost a special horn hosting her powers in childhood, she’s still a formidable opponent to fight against, especially if her master Roswaal is in danger.

Milim Nava (That Time I Got Reincarnated as a Slime) 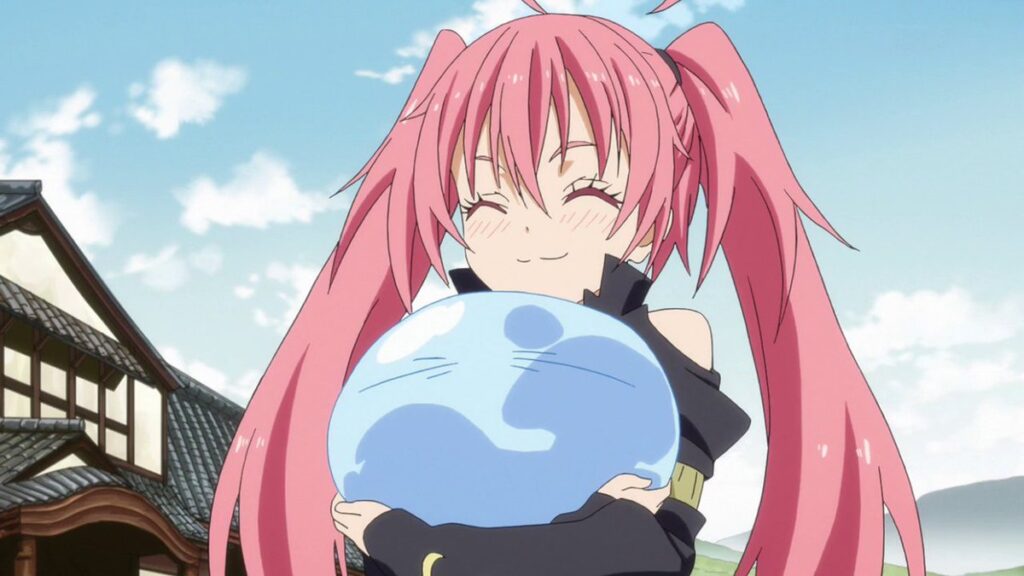 Speaking of anime girls with pink hair and a strong personality, Milim is one of the oldest characters in That Time I Got Reincarnated As a Slime and possibly the strongest. As an experienced dragonkin, her appearance is still that of a young girl, but behind her cherry exterior lies a deadly Demon Lord who takes no prisoners. When she’s fully serious and ready to battle, her form takes on a whole different aura all together.

Despite her intimidation, she just wants to be Rimuru’s bestie at the end of the day.

Louise Francois (The Familiar of Zero) 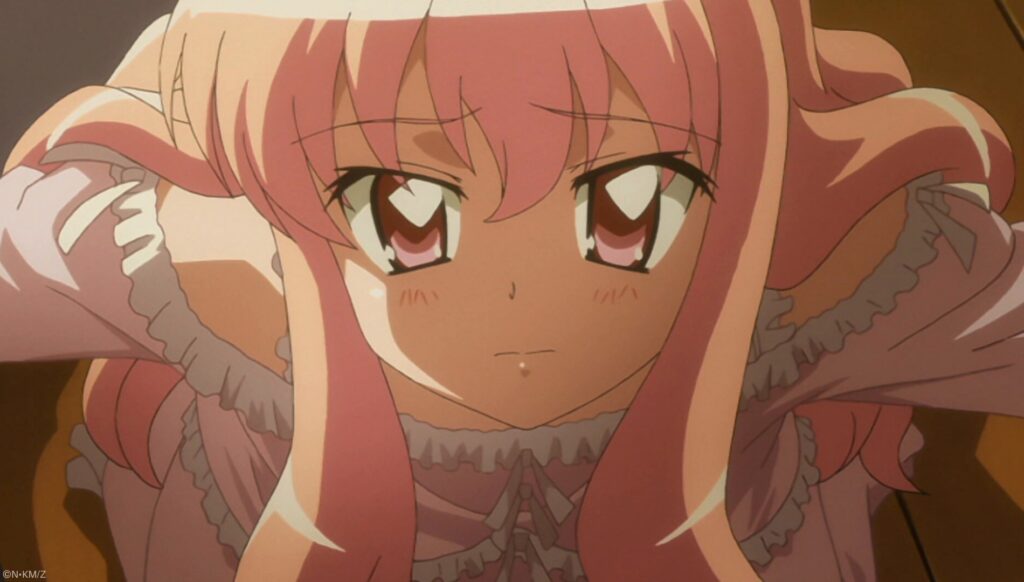 One of Tsundere Queen Rie Kugimiya’s iconic performances is as Louise from The Familiar of Zero. Louise is a textbook tsundere throughout the series, changing her mood constantly, getting jealous of Saito’s attraction to other females, and dealing punishment on him as retribution. Her abrasive personality and loud voice may make some unpleasant, but she’s a really good, cute girl at the end of day, I swear.

As a young, but inexperienced magician, she constantly hones her powers every day and is somewhat of a good master for Saito from time to time. 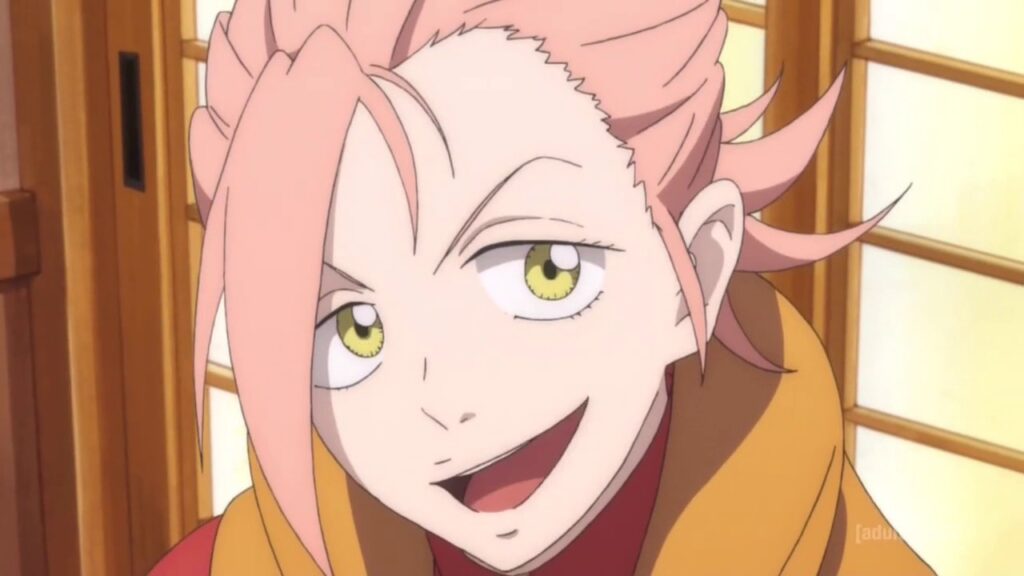 Anime fans of a certain age will remember the manic ball of energy that is Haruko Haruhara. She’s a pink-haired alien girl who has come to completely turn Naota’s life upside down. She rocks an awesome bass guitar that she can use as a weapon and can help summon robots from Naota’s head. Haruko is a free spirit at heart and she’ll take her Vespa motorbike to where she pleases. Her personality also lets her act either as a crazy girlfriend, an eccentric older sister, or a mature lover. She accomplishes this with her ability to hypnotize weak-minded people (usually males) and helps Naota mature throughout the original series.

It’s difficult to pin down who Haruko really is, but her charm lies in her mysterious presence. 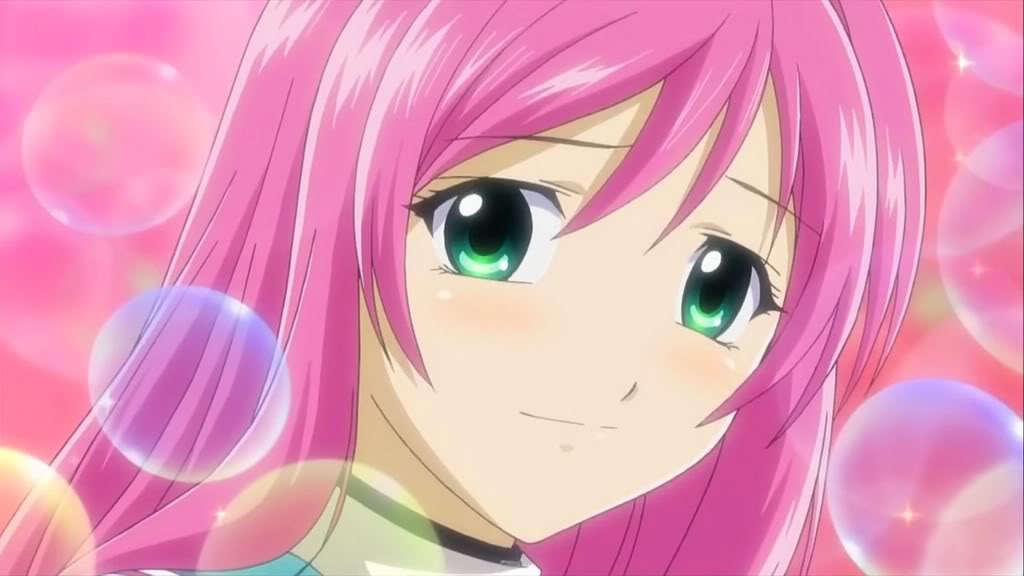 Moka Akashiya has a personality problem… at least when her Rosario necklace is taken off her neck. On the surface, she’s a kind person towards Tsukune Aono who speaks with a high gentle voice and occasionally sucks his blood. Her inner personality, however, is a no-nonsense white-haired student who speaks in a deep, dark tone and can instantly beat up her enemies.

I’m giving points to Moka here because her sweet personality makes her a formidable addition to Tsukune’s harem.

And that’s it. My list of awesome anime girls with pink hair is complete. As you’ve read, some of them can be the kindest people you’d ever meet, but others can be a handful to deal with. Anime has given us the chance to see characters with unique hairstyles and colors, with pink standing out the most out of all of them.