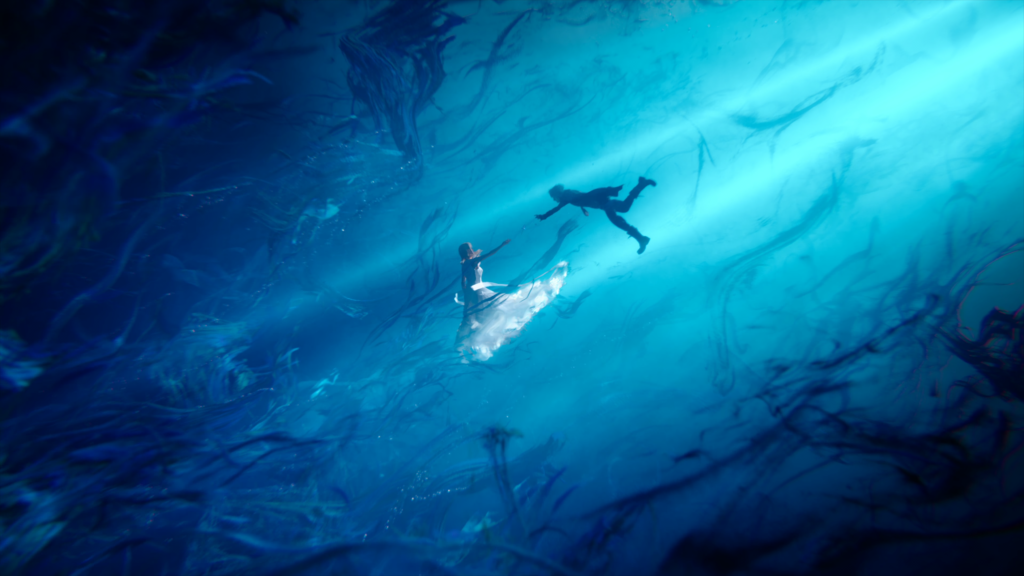 Apologies to the purists, who are no doubt fuming right now. Nobuo Uematsu is the undisputed king of Final Fantasy music scores, and this has been acknowledged by every composer to join the series after the legend largely stepped back. Without calling that fact into question, the inclusion of other composers and creators over the years has taken the already well-defined series to new heights.

New songsmiths mean new perspectives. New composers bring completely new sounds, new musical quirks, and fresh interpretations of how the game we’re playing is meant to make us feel. The stories of Final Fantasy are legendary for the toll they can take on our feelings. To many long-time fans, the characters feel less fictional and more like friends. As we play through their joys and struggles, the score can’t be separated from the emotions we’re made to feel. Rather, music has a way of making us feel more deeply.

Certain tracks stay with us long after the game is finished. Even if you haven’t played the games below and aren’t sure of the context, a truly masterful piece of music can still give you goosebumps, or make your eyes a little wet. Only press play if you’re ready to feel something powerful… or if you just need a good cry.

(Disclaimer: Shadowbringers would take up much of this list, but the OST is not currently available to stream. Fear not: an update will come when that changes. Looking at you, Amaurot. I’d also love to add plenty of tracks from Final Fantasy VII REMAKE, but Nobuo Uematsu wrote the lion’s share of the emotional tracks. Sometimes, life isn’t fair.) 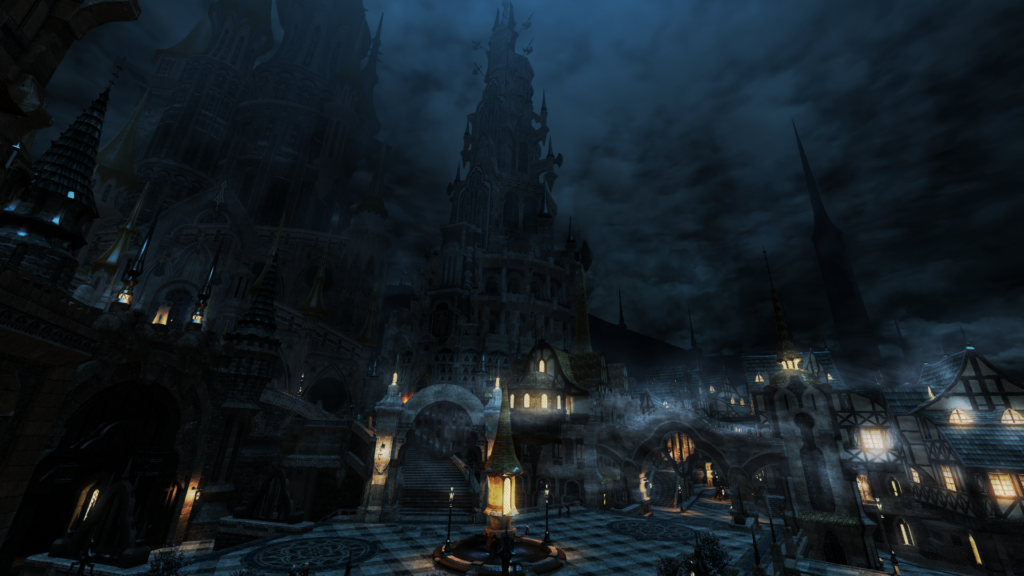 Creating area music that isn’t repetitive is a major skill. Creating area music that players will actively go out of their way to hear? That’s genius. Within the context of Heavensward, Ishgard is a city-state sitting upon a frigid landscape of snow and ice, at constant war with the dragons of nearby Dravania. Before the calamity, the fighting went on for a millennia, with the city knowing only solitude since, locking itself behind wards to force its enemies to retreat.

This lengthy track is filled with hills and valleys of loneliness and stern resolve, that the Hero of Light may be able to bring the bloodshed to a long awaited end.

‘This is Your Story’ – Junya Nakano (Final Fantasy X)

You heard right. Though Nobuo Uematsu composed much of Final Fantasy X’s soundtrack, he isn’t responsible for its entirety. Junya Nakano and Masashi Hamauzu certainly didn’t slack when it came to shaping the score for this beloved title, with ‘This is Your Story’ marking the beginning of Tidus’s bizarre adventure in Spira.

Filled from start to finish with a grand sense of foreboding, it’s a reminder that regardless of the circumstances which surround you, every step you take is one of your own choosing. 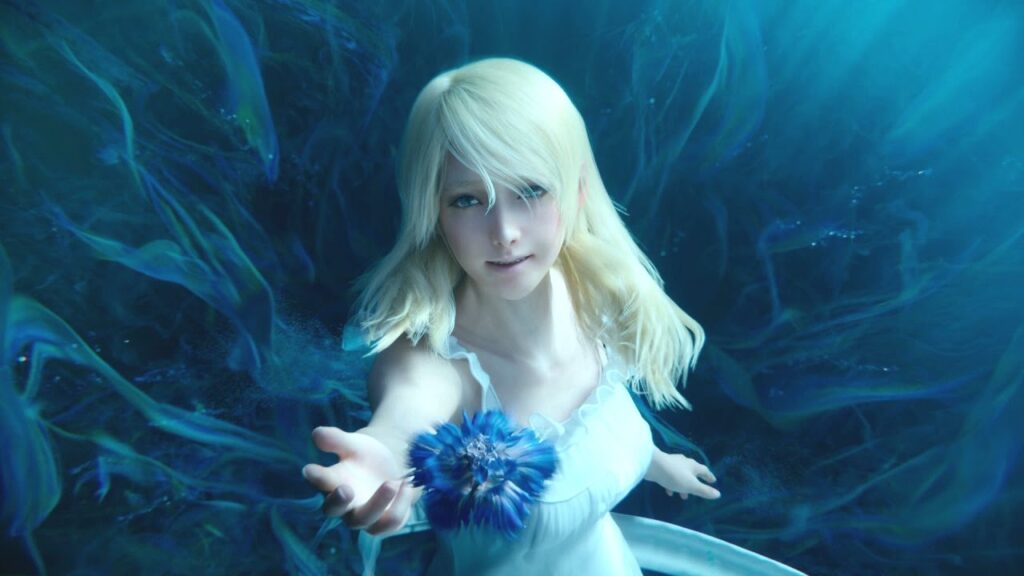 Despite the immense gravity of its story, Final Fantasy XV tends to be written off as ‘just a bunch of dudes on a road trip.’ The soundtrack is filled with plenty of emotional heavy-hitters, but ‘Prayer de LUNA’ is something singular. Beginning slow, a sorrowful ballad like so many others, it builds to a sudden crescendo which succeeds in barreling you over with a gut-wrenching sense of loss.

Those who have played the game are forever scarred from its magnitude. Those who haven’t, well, let this serve as proof that it’s not a title to be overlooked. 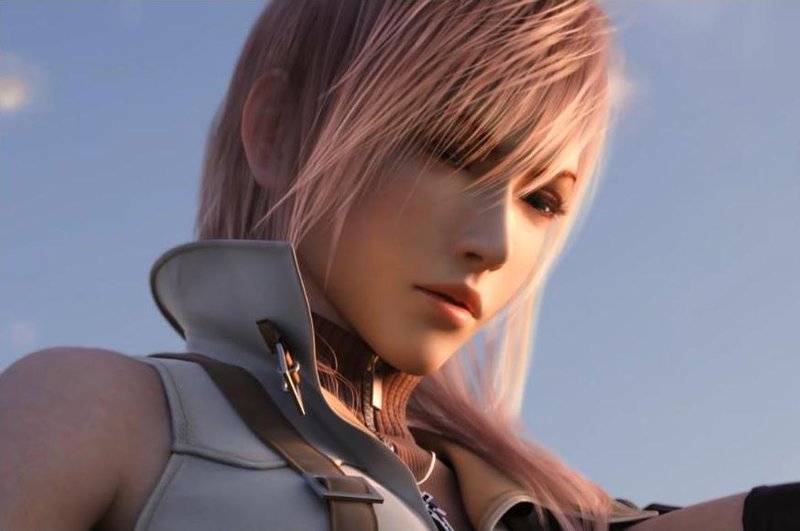 The mere title of the song may be enough to put readers in the right headspace for a bit of stubbornly-achy nostalgia. Regardless of how you felt about Final Fantasy XIII (and we’d argue it’s time for a replay), Masashi Hamauzu wrote some of his most poignant tunes during this period. As convoluted as the story may be, the wistfulness and sentimentality of this specific track needs no explanation. It does remind us of happier days and makes us a little more optimistic about where 2021 is going to take us. (Like back to normal, we hope.) 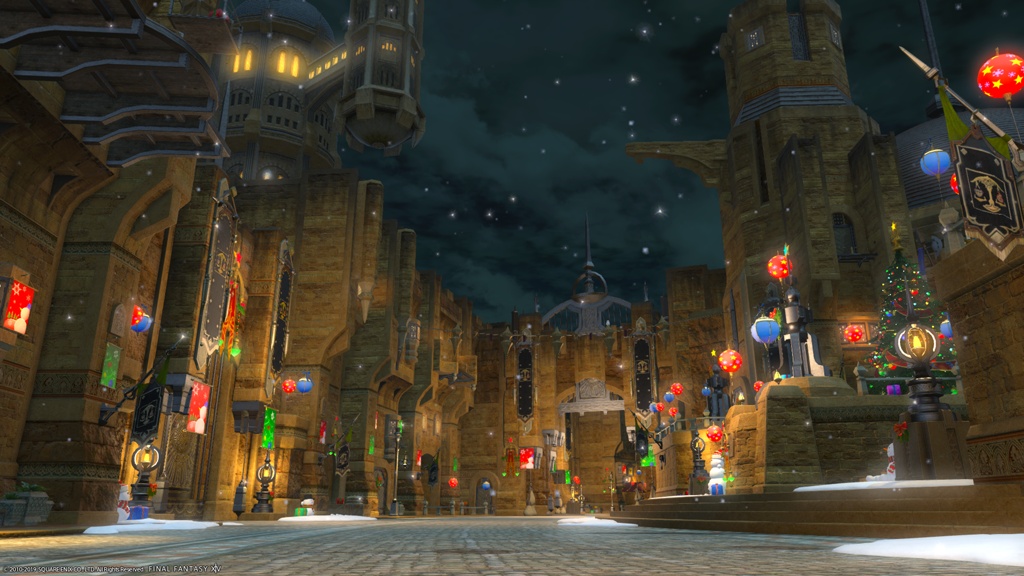 What’s the deal with Final Fantasy XIV’s perfect nighttime area music? A gentle rewrite of the boisterous and commanding ‘A New Hope,’ playing this in your room at night makes you feel as though you’re about to rest up for a new day of adventuring and dungeon-trekking.

It makes us homesick for a place we’ve never been, and for anyone who’s played the MMORPG for any length of time, it reminds you of your sprout days. What we wouldn’t give to wander through Ul’dah for real. 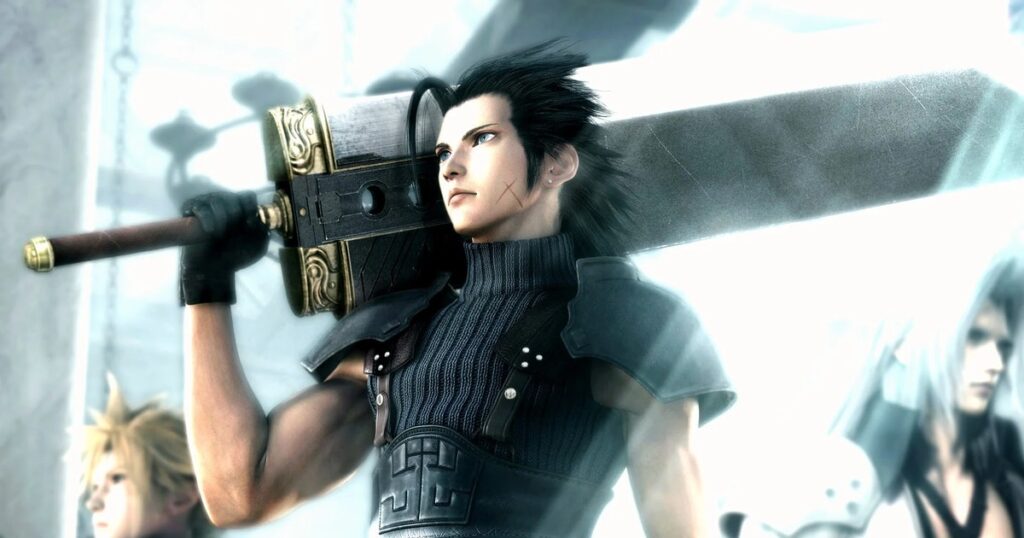 Zack Fair is a character going through a resurgence. Given the well-deserved success of Final Fantasy VII REMAKE, fans are ready to see what role the oft-glossed-over SOLDIER will play in future titles. With a story bleak even for Final Fantasy standards, CRISIS CORE is filled with songs to tug at your heartstrings, and we can’t help but wonder what a proper remaster would do for the title, given how powerful this song is in context.

The PSP wasn’t a system everyone got their hands on, but for now, CRISIS CORE will be popping up in the upcoming mobile title Final Fantasy VII EVER CRISIS. It’s something. 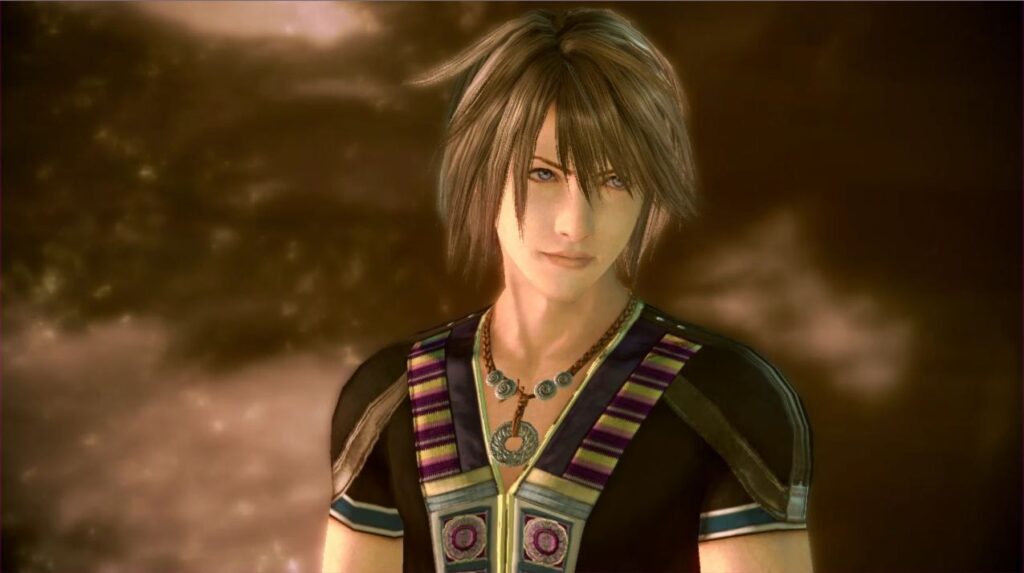 If the singer you’re hearing sounds familiar, that’s KOKIA, who has lent her unmistakable voice to multiple anime and game soundtracks, from The Ancient Magus’ Bride to Tales of Innocence. The Final Fantasy series has always done a glorious job of sprinkling vocal tracks throughout their stories, punctuating more pivotal moments (think ‘Eyes on Me’ or ‘Suteki da ne.’)

Noel, as a character, has traveled back in time to change his future, and this song is the perfect ode to such a heavy burden.

The Final Fantasy XII soundtrack is the black sheep of the main titles. It’s filled with over-the-top orchestration and sounds more like a classic film soundtrack. A complex score fits the complex lore, but the aptly named ‘Sorrow: Imperial,’ with its use of strings and its overall simplicity, is the perfect juxtaposition to the other, more boisterous and commanding themes heard throughout the title. It makes you feel something for the Archadians, and we love a little sympathy for the bad guys. 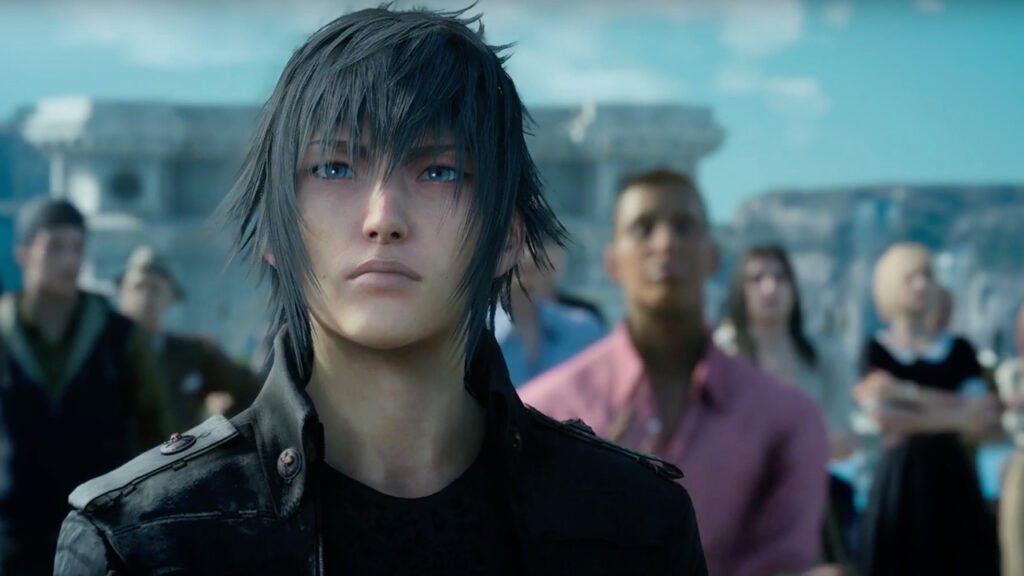 We mentioned that vocal tracks can be used as punctuation, but if that’s the case, ‘Somnus’ would be infinite exclamation points, plus a few more. It’s a melancholy piano melody slowly building to an overwhelming crescendo, sung in Latin by the incredibly talented Aundréa L. Hopkins, and it doesn’t hold back.

It’s a perfect theme song for the game, feeling both propitious and gloom-ridden simultaneously, while hitting a little different after the game’s final events.

If someone in your life hasn’t given XV a try, for whatever reason, it’s hard to resist the pull of this track. Yoko Shimomura, as usual, blessed us with it. 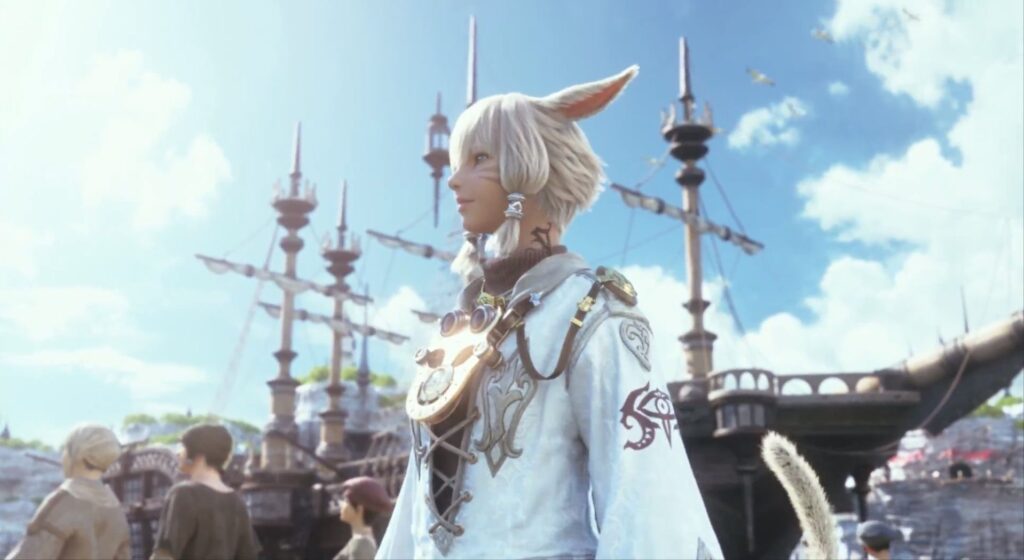 Given the massive music library we’re working with, it may be strange to see this track on the list, but how could it possibly be left behind? The definitive track for the Final Fantasy franchise, it has the magical ability to instantly conjure up plenty of gaming memories from the good ol’ days.

This XIV remake makes our chest clench up tight and brings on waves and waves of goosebumps. Let it remind you that you’re never too old for another adventure. Never.

Have some more tracks to add to the list? Want to argue about which Final Fantasy composer or game holds the top spot in your heart? Ready to inspire a Part II to this list? We’ll see you in our Discord!