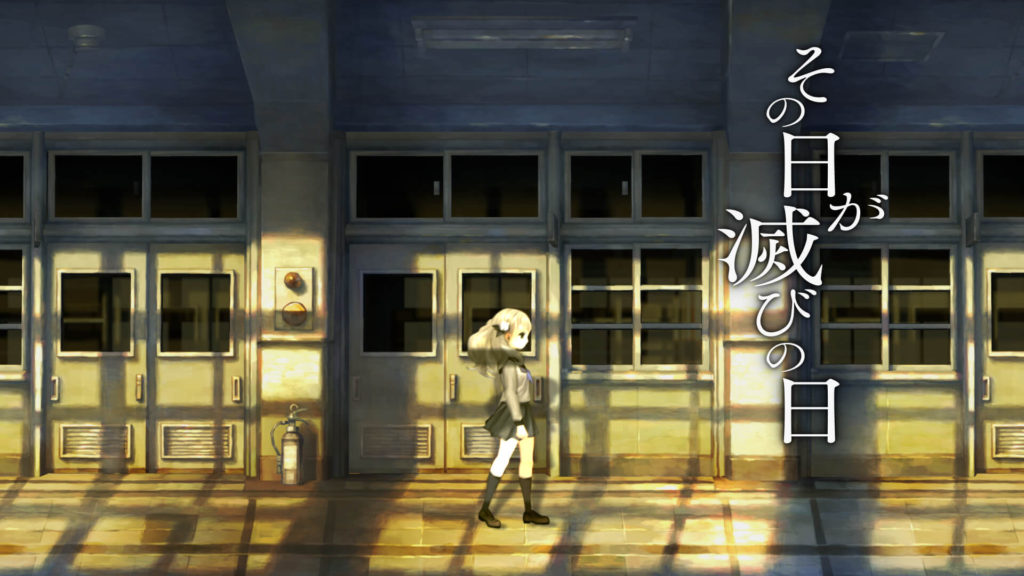 Way back in 2015, Atlus and Vanillaware announced the ‘Atlus x Vanillaware Project’, publicly signaling a desire for a close partnership between the two companies for multiple new titles. The first of these was an HD remaster of the beloved cult classic Odin Sphere, coupled with the announcement of the curious-looking ’13 Sentinels: Aegis Rim’ for PlayStation 4 and Vita. Unlike the fantasy settings of many of Vanillaware’s previous games, this took the artistic design of their previous games to a more modern Tokyo environment in the aftermath of a disaster, with the game involving mechs in some form. There was relative silence after this though, only broken by the cancellation of its Vita version. This looks set to change as the game has resurfaced, with a prologue version releasing in March 2019.

13 Sentinels: Aegis Rim Prologue is essentially a paid demo for the game, albeit containing slightly more content than the average demo. Players who buy this will have access to each of the 13 protagonists of the game and be able to play roughly the first 3 hours of content, allowing them to learn a bit more about the game’s world and characters ahead of its full release. Save data, however, will not transfer over to the final release. This is perhaps understandable considering the game is still in development, but still a little disappointing nonetheless. 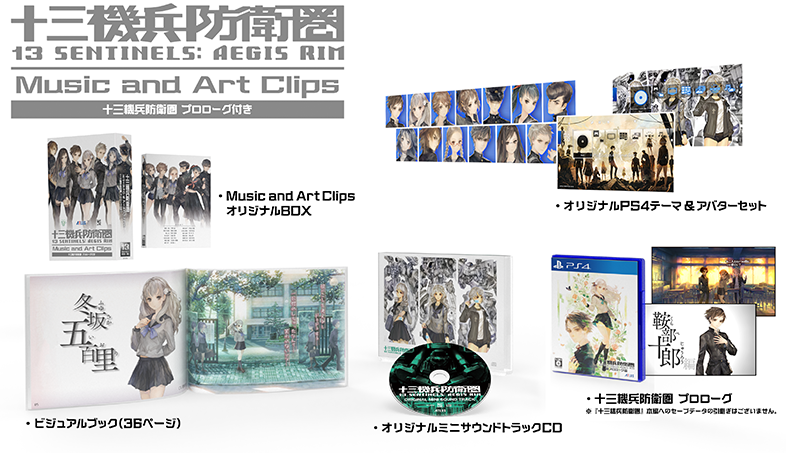 There are a wide variety of ways you can buy this demo too. The cheapest of this is the ‘Digital Archives’ version, costing 980 yen and containing the demo alongside a PS4 theme, avatar set and a digital copy of the demo itself. The next release is essentially a collectors edition for the release called the ‘Music and Art Clips pack’ which costs 2980 yen. This set will bundle a physical copy of the demo on a Blu-ray disc alongside a 10-track soundtrack CD, 36-page art book and the same avatar and theme set included in the Digital Archives release. In perhaps slightly better value, this demo will also be made available in a bundle pack with cut-price rereleases of Odin Sphere Leifthrasir and Dragon’s Crown Pro. These sets will cost 3980yen but include either Odin Sphere or Dragon’s Crown (depending on which version you get), a theme and 10-track soundtrack for whichever game you purchase alongside a digital code for the 13 Sentinels demo.

Provided you don’t already own either of these titles, the chance to buy them at a reduced price alongside receiving the demo makes it much better value than buying the demo on its own as you would in any other version, since that is essentially what you are doing, even if it is branded as a ‘Prologue’. You aren’t getting any exclusive content in the 13 Sentinels version but early access to the first 3 hours of the full release while paying to do so, making it only justifiable if you’re getting it with another game. From a personal perspective, buying a collector’s edition for a demo, even if I appreciate the art of Vanillaware titles, is quite silly, regardless of how excited you are for it.

In any case, if you are wanting to try out this prologue, the re-released versions of Dragon’s Crown Pro and Odin Sphere Leifthrasir that include it as well as the separate releases will be available on March 14.