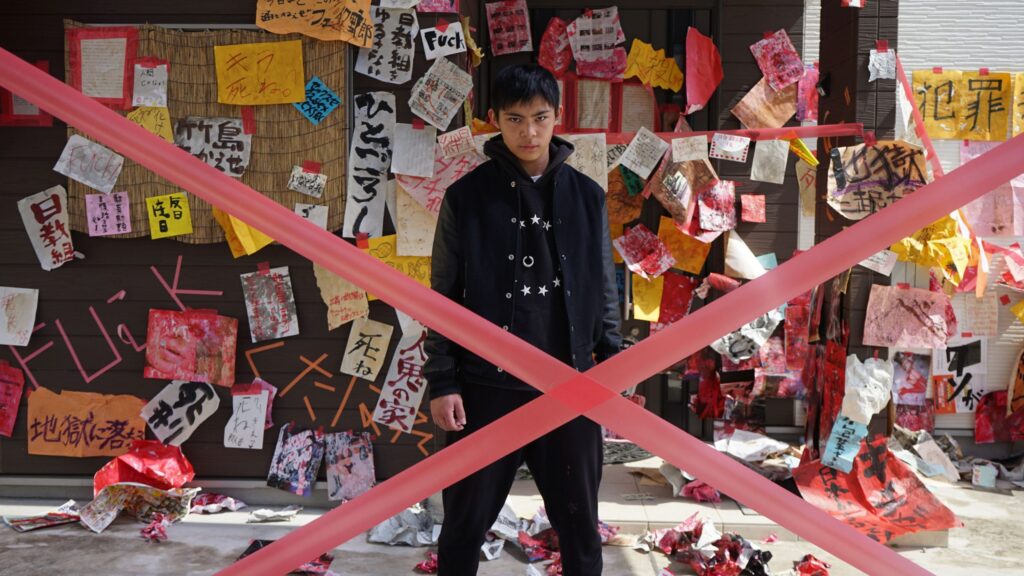 Online film festivals: the saviors from boredom in these long summer months. Hot off the heels of the Fantasia Film Festival which comes to an end tomorrow, the 19th New York Asian Film Festival has gotten underway with a huge range of films from across Asia, including a selection of 8 films from Japan. Many major films from across Asia such as Chinese animated feature Mr. Miao are being featured at the event this year.

What I want to do, however, is cast an eye onto the Japanese films being shown across the US at the 19th New York Asian Film Festival.

They Say Nothing Stays the Same

First up, and perhaps one of the biggest films at this year’s event, would be Odagiri Joe’s directorial debut, They Say Nothing Stays the Same. The prolific Japanese actor has many high-profile credits in major Japanese films to their name, including a role as the father in Kore-Eda Hirokazu’s I Wish. Perhaps it’s surprising, then, that their first directorial work is so far removed from many of the roles that have defined their career.

They Say Nothing Stays the Same is a period film set in Meiji-era Japan that follows a lonely old ferryman (Emoto Akira) whose life is transformed when he rescues a mysterious young woman from drowning. Still, this is an arthouse film with high production values and a slew of big names involved in its production, both in front of and behind the camera. The talented Christopher Doyle, known best for their work with Wong Kar-Wei, is lending their cinematography skills to this film as they did with Tezuka’s Barbara, and this is evident in the movie’s trailer.

This film will receive a 1-time screening on September 3rd at 6pm across the United States as part of the 19th New York Asian Film Festival, with limited tickets available now.

Forgiven Children is a difficult film to recommend as one designed to make you uncomfortable, but one that’s also impossible to look away from

The subject matter for this film is heavy, with the moral ambiguity of the issues it explores never letting up. Forgiven Children follows 13-year old Kira as he kills his friend Itsuki with a homemade crossbow, with the murder case receiving a lot of high-profile coverage in the Japanese press. Though he can’t be proven guilty of intentional murder, the coverage has upended his and his family’s life. The bully he once was is now the bullied and withdrawn.

As a film that centers around bullying from both perspectives and the power of harassment campaigns that make it difficult to move on even after a supposed innocent verdict, this is a difficult-to-stomach yet engaging thriller about morality and the problems with the Japanese justice system from a director in Naito Eisuke with a track record for works that spark controversy and explore these moral gray areas.

SABU earned themselves a reputation for the unique action comedies through films like Dangan Runner during his early days as a director but has proven themselves to equally be effective at more serious dramas like Mr. Long and Bunny Drop. This leans more towards the tone of his comedy films as developer Kenji is assigned the task of exorcising the spirit of its former owner, Mary.

Fortuitously, he meets a high school girl who can see the dead. To complete their mission they must confront tempestuous Taiwanese gangsters and a legendary hitman (Ishibashi, having a field day) to find Mary’s beau, Johnny, the key to their goal. With the yakuza also getting involved, this film promises to be an interesting 90 minutes of cinema, if nothing else.

This film will receive a 1-time screening on September 6th at 7pm across the United States as part of the 19th New York Asian Film Festival, with limited tickets available now.

These are just a few of the Japanese films being showcased at this year’s event.

A Beloved Wife is a film I don’t want to linger on for too long having previewed the film once before, but its inclusion as an on-demand film at this event is a welcome one. With the writer behind 100-Yen Love working on this semi-autobiographical tale of frayed marriage, this is an intriguing film that should entertain even if it can be a bit too relatable in certain areas.

Family Bond is the first film in 20 years for singer-songwriter Nagabuchi Tsuyoshi that follows a builder named Shingo after he forms an attachment to a fatherless boy on a job, while One Night explores a group of siblings still dealing with the shock of childhood parental abandonment and dead-end adulthood dreams when their mother suddenly re-enters their lives. Both films have strong central ideas defining them, and having seen One Night at a European film festival earlier this year I can attest that this film is worth the price of admission.

All 8 Japanese films, alongside the entire range of Asian cinema being showcased at this year’s event, can be viewed over at the website for the 19th New York Asian Film Festival, where you can also find ticketing information for the event.