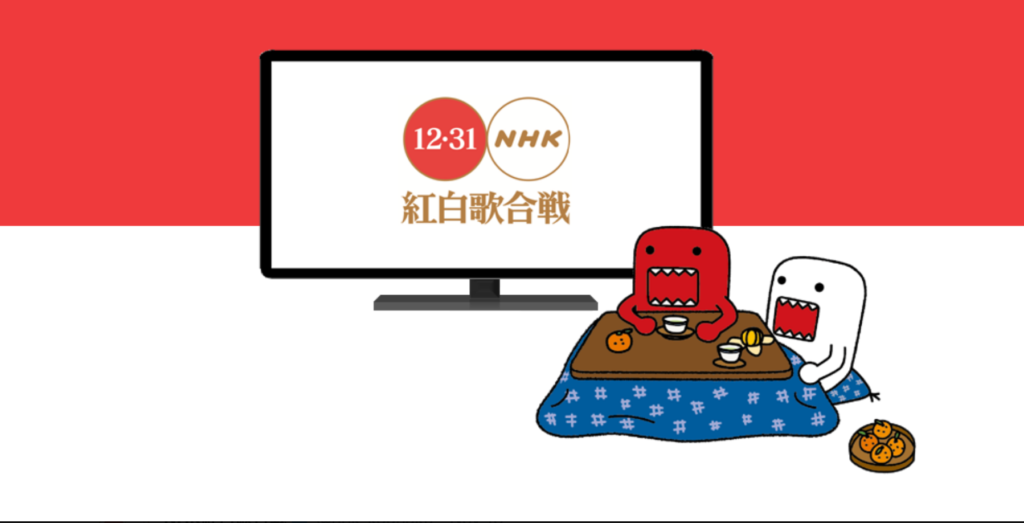 National broadcaster NHK’s annual New Year’s Eve Kouhaku Uta Gassen exists in a weird place in 2019. For decades, this gathering of pop heavyweights — which finds a team of male and female J-pop performers competing against one another via performance — was the showcase musical event of the year. That’s partially because for a long time people had nothing else to do on Dec. 31, as they were stuck with their families and forced to watch one of the seven TV specials available over terrestrial broadcast. Still, it has also always been in theory a space where the year’s biggest musical acts and a few legacy performers come together to close out the calendar.

The ecosystem Kouhaku finds itself in today, though, is significantly different than this idealized period it once existed in. People now have options on New Year’s Eve, whether that’s expanded options outside of the house or choosing to hang out online rather than watch broadcast television. Similarly, Japan’s music industry is far more fragmented than it has ever been, and trying to reduce a single year’s pop landscape into one four-hour extravaganza seems foolish.

And yet people still cling to see who appears on Kouhaku! When NHK announced this year’s line-up, Twitter focused its collective mind solely onto who ended up on the bill, cheering for their favorites or asking “who in the world is LiSA?” The announcement might be even bigger than the show, though plenty follow along when Kouhaku itself airs, although a fair amount of them are doing it with tongue in cheek. Despite being easily avoided and not even reflecting the realities of Japanese music, Kouhaku still matters.

So what can we learn about Japanese music through the 2019 Kouhaku line-up? Plenty, it turns out.

The internet is finally a vital part of the industry

For years, the internet seemed like the top enemy in the eyes of the Japanese music industry. In recent years, however, the reality that the web is central to everyone’s music consumption habits has finally set in, and that includes at Kouhaku. The 2019 edition features a few prominent names debuting whose success originated almost exclusively via YouTube or subscription streaming. Rock bands King Gnu and Official HIGE DANdism were among the biggest breakout acts of the last 12 months, with the latter in particular probably defining the year via singles that went supernova online. Kouhaku has been leaning this way for a bit, but the first-timers this year really underscore how commonplace it is now.

K-pop still has a place, though only certain groups can be at the top

Relations between the Japanese and South Korean governments are in a bad place…will this prevent any Korean pop groups from performing at Kouhaku? This news item pops up seemingly every year, reflecting both the ongoing relationship between the two countries (not good!) and the unease many feel about K-pop in Japan, where it is massive. Once again, those worried Korean acts would be totally shut out could breathe a sigh of relief, as the group TWICE will appear for the third time on NHK’s biggest music offering of the year. While some people expected the AKB48-meets-K-pop outfit IZ*ONE to appear, that was probably always a bit of a longshot given that they are still trying to find more consistent footing in Japan after a pretty bonkers debut. TWICE is the safe choice, featuring three Japanese members and an established presence that allows them to avoid the usual complaints from nationalist types. Plenty of Korean acts can thrive, but a group like TWICE is able to go up the extra level.

Meet the future, which is just new versions of the old guard

GENERATIONS from EXILE TRIBE and Hinatazaka46 are among the acts making their Kouhaku debuts at the 2019 edition, while boy group King & Prince enter their second trip with substantial buzz behind them after a strong year. What they all represent is familiar J-pop powerhouses (EXILE, AKB48’s officially sanctioned rivals in the -46 universe, Johnny & Associates) introducing newer artists to the same level as their previous success stories. As much as J-pop keeps changing, a few familiar faces are bound to stick around.

The two biggest names missing from the Kouhaku lineup this year are Aimyon and Kenshi Yonezu, singer/songwriters who saw their place in Japanese pop culture grow even bigger in 2019. Both appeared at last year’s NHK show for the first time and felt like locks this year. Yet they aren’t present. Of course, either artist could have backed out on their own — Yonezu, in particular, isn’t a fan of performing on TV, having recorded his 2018 Kouhaku set — but it feels odd.

Except Yonezu does have some presence on this year’s show.

Foorin, an adorable troupe of kids, will make their debut on Kouhaku to sing “Paprika,” a cheerful song written by Yonezu. It’s one of the biggest hits in recent memory — if you’ve visited a school at any point, you would have heard it for sure — and while the fact NHK commissioned it in the first place probably meant it would appear regardless of overall impact, it is ultimately undeniable. While it might seem strange to give the label to a song performed by elementary school kids, “Paprika” really is an example of a mainstream song that Kouhaku has long celebrated.

It also reminds us that the superstars of the next decade are going to have more reach than those that came before them. Yonezu is already huge on his own, but he’s also attracted large attention for his Vocaloid projects and now his songwriting for others. His appearance on the 2019 edition of Kouhaku — via Foorin — is a nice stand-in for a future where the biggest names in J-pop are ever-present, even if they aren’t the ones in the spotlight.