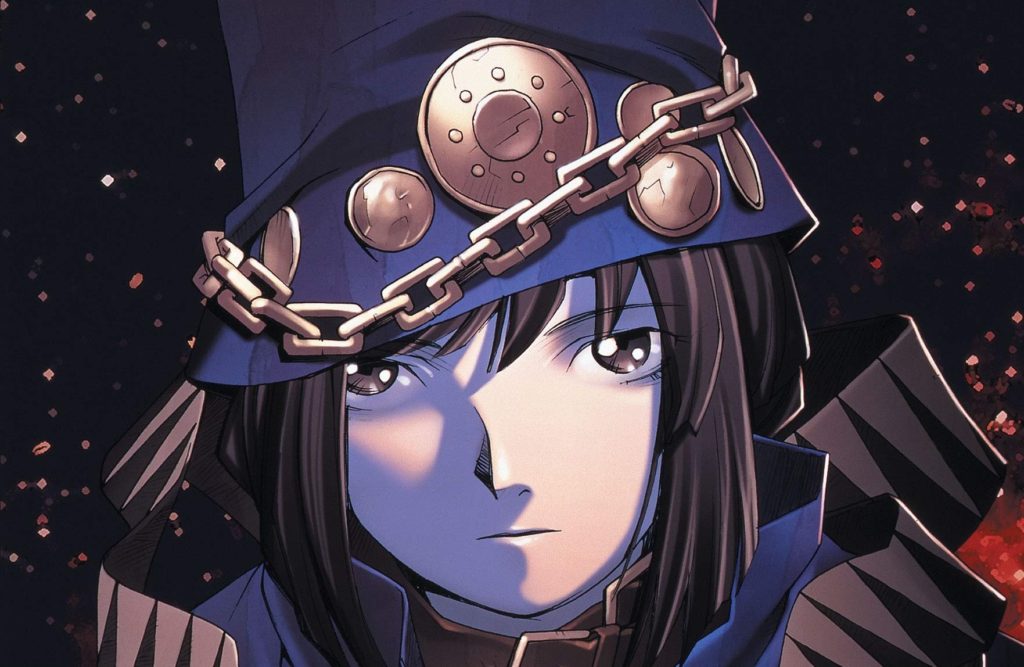 Boogiepop is back. But then again, it never really went away, did it? In Japan, new novels have been coming out yearly, if not more frequently. Yet for those of us in the West, there has been a definite lull in the series’ availability. In light of this, there has never been a better time to get into Boogiepop than 2019.

The reason why the availability of Boogiepop in the West is an important issue is closely linked to the way that the series has changed the landscape of Japanese pop culture. Without being able to engage with the series, Western fans have, in a sense, been denied an integral part of otaku culture. The effects of this have been numerous, to say the least.

Light novels are now one of the most profitable commodities in the pop culture industry. Their accessibility and simple, atomized production has played a big part in this. But to some Western fans, the current boom in light novels is also the reason why the industry is stagnating. This attitude comes from the missing piece in our understanding of pop culture – that is, Boogiepop.

Kouhei Kadono’s Boogiepop series essentially kick-started the light novel industry. Upon the first novel’s debut in 1997, it introduced audiences to a type of fiction that combined mainstream sensibilities with the more bizarre, eccentric tendencies of the otaku underground. This gave it an immediate appeal and served to set it apart from all of its contemporaries.

It’s identification as a light novel and not as a book was also critical in the formation of the medium. It allowed light novels to disregard the ‘rules’ of traditional literature and forge their own path. As a result of this, consumers came to light novels with different expectations from a regular book, which allowed them to engage with this otherwise deviant fiction. Boogiepop’s role in distilling the medium in this sense consequently paved the way for the deviant fiction of today, many giants of which are immeasurably influenced by Kadono’s series.

It is perhaps ironic that the Western anime fandom has, for the most part, been enthralled with series directly influenced by Boogiepop, yet that very same series has never enjoyed the same level of popularity. Baccano! by Ryohgo Narita (who is similarly prolific in his writing like Kadono) took direct influence from Boogiepop in presenting an achronological narrative through multiple narrators. The entire appeal of Nisio Isin and the success it has brought him owes Boogiepop a massive debt for the very same reasons. And indeed, the commercial success of the Boogiepop series and how it kickstarted the burgeoning light novel industry does mean that such modern giants as Sword Art Online do owe something to Boogiepop too – even if they couldn’t have more different approaches.

Considering the massive effect that Boogiepop has had on the light novel industry and its conception as a whole, it would be an understatement to say that the series’ limited availability in English has left a blind spot in the knowledge of many Western otaku. This also might explain the perplexed anger that some sections of the community feel for the apparently sudden rise of light novel adaptations – after all, a critical part of the industry’s history has been unavailable for them to experience.

Yet it would be an overstatement to say that Boogiepop has never been available in the West. Rather, Seven Seas Entertainment has persevered for many years in trying to launch the series in the West. The series was actually their first license ever, all the way back in 2005. Furthermore, Right Stuf International were behind quite a successful license of Boogiepop Phantom, the 2000 anime, along with the excellent soundtrack. This latter license was to prove much more successful than Seven Seas’ venture, however. But why?

I wasn’t an anime fan in 2005, since I was only 7 years old, so I can only provide an account of the state of the community at the time from second-hand accounts. But I would wager that the size of the Western otaku community at the time had something to do with it. Even now, the portion of the Western anime community interested in light novels is relatively small. So to expect support on the level of Japanese consumers for the publication of a series as long as Boogiepop would be folly. And so, Seven Seas were only able to translate and publish four volumes of the Boogiepop series at the time.

Stopping at book four meant that the rest of the series would remain behind a language barrier. This was a shame, as it is the later books in the series that really embrace the more bizarre side of the series and become truly enthralling. On the basis of what was available officially at the time – a fairly solid set of four stories – perhaps it’s no wonder that fan translations dried up as well. Boogiepop Phantom probably didn’t help, either. Inexplicably, instead of adapting the first novel, it instead tells an original story adjacent and related to the events of the first novel. Once more, this probably didn’t inspire much confidence in the series for those who watched it at the time.

With that, the availability of Boogiepop in the West dried up. Meanwhile, Japanese fans saw almost yearly releases of the novels, which only increased the series’ cultural clout. Thus arose a type of misunderstanding or ‘black hole’ in Western fans’ understanding of otaku culture, and the products thereof.

But yet here I am, talking about Boogiepop. And that’s not because I’m a diehard fan, believe it or not. I only became aware that the series existed and consequently of its importance because of the current resurgence of the series in the West, both in anime and novel form.

The currently airing Boogiepop and Others anime is far from perfect. It is attempting to rush out the first novel and move more quickly onto the more exciting later arcs. No doubt this is partially due to the series’ producers wanting to avoid retreading the ground that Boogiepop Phantom touched on during its run. As a result, the developing intricacy of the multiple plots of the first novel is unavoidably condensed and simplified. But for many, it has introduced them for the first time to the strange, mad world of Boogiepop – and that’s great.

In light of this new anime and its potential to introduce new people to the series, Seven Seas have decided to give translating and publishing the series one more go. They are currently putting out omnibus versions of the series, putting three novels into one book at a time, in an attempt to get anime fans into the novel series as quickly as possible. This is also happening alongside the very exciting translation of the fifth and sixth novels into English for the first time. But most importantly, these omnibus editions are dirt cheap, retailing around $19. Please buy them.

With the new anime and redoubled light novel publication efforts on the part of Seven Seas, 2019 is really shaping up to be the year to get into Boogiepop. So whether you’re intrigued by the new anime and want to get more into the series, or have just been waiting since way back when for the series to continue in the West, now is your time.

And when you consider the importance of the series on the development of modern Japanese pop culture and light novels themselves, I’m sure that Boogiepop’s resurgence will serve to fill in that ‘black hole’ many fans suffer from. Or at the very least, it’ll make them appreciate the works it influenced that much more.

But in conclusion, maybe this resurgence is all comes down to a question of timing. The Western anime community is far bigger nowadays, with the expansion of affordable and expansive streaming platforms facilitating this in a big way. We’re also more multifaceted in our comprehension of the industry, consuming not just anime but also manga, light novels, and webcomics. Previous works such as Sword Art Online and Re;ZERO have also legitimized light novels in the West.

Or maybe, just maybe, the evils of the world have simply awoken Boogiepop from his slumber once more. Only time will tell…