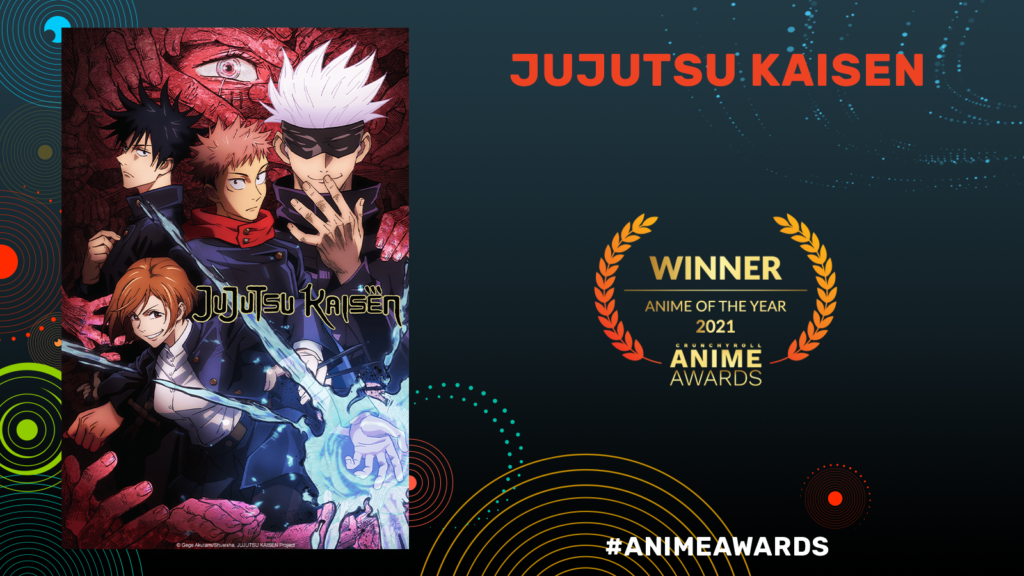 The outcome of the Crunchyroll Anime Awards rarely pleases everyone. In combining an industry-led panel nomination approach with a final public vote, the awards can feel both out of touch and like a glorified popularity contest at the same time. As one of the judges for this year and the year before that, I certainly felt the heat on my back when such shows as Black Clover didn’t get any nominations, despite being very popular. In many ways, the results for the 2020 Anime Awards were no different.

Taking the coveted Anime of the Year prize home was Jujutsu Kaisen by Studio MAPPA: the incredibly popular ongoing adaptation of Gege Akutami’s Weekly Shonen Jump manga. Of course, this poses the big question as to whether an anime can be called ‘Anime of the Year’ when it isn’t even finished, but this also goes to show how powerful the voices of the series’ fans are. It also took home the Best Antagonist and Best Ending Sequence awards for Ryomen Sukuna and ‘LOST IN PARADISE’ respectively, both of which were very well deserved.

Probably the critics’ favorite at this year’s awards was Keep Your Hands Off Eizouken!, as evidenced by Kyle Cardin’s article over at Crunchyroll News. The final results of the 2020 Anime Awards only saw it take home the awards for Best Animation and Best Director, however. Incidentally, this marks the second time that Masaaki Yuasa has won the Best Director award since Devilman crybaby in 2018.

Best Opening went to ‘Wild Side’ from BEASTARS, which was the obvious choice considering its inventive visuals. A surprise win came in the form of Best Protagonist: Catarina Claes from My Next Life as a Villainess. Best Boy went to Shoyo Hinata from Haikyu!! To The Top, and Best Girl went to Kaguya Shinomiya from Kaguya-sama: Love is War?: Kaguya previously won alongside reluctant love interest Shirogane as Best Couple last year.

It was also surprising to see Best Fight Scene go to Deku vs. Overhaul, given Jujutsu Kaisen’s popularity in other categories. Gojo vs. Sukuna seemed like a shoe-in. Who would’ve thought that Toilet-Bound Hanako-kun would end up winning Best Character Design, too? At least Kevin Penkin won Best Soundtrack for Tower of God.

You can check out the full results for the 2020 Anime Awards via the official website.