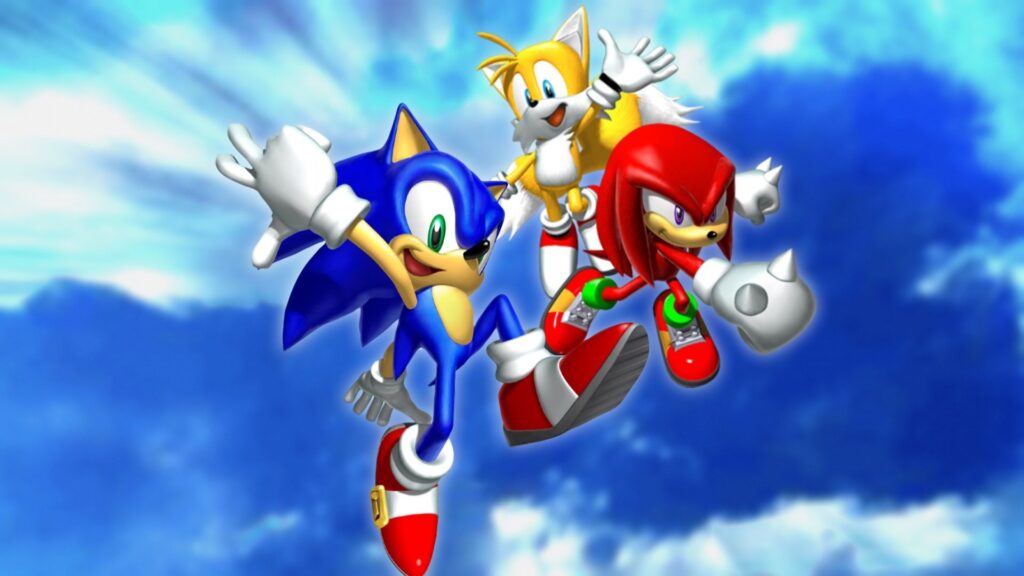 Sonic has become a series that is derided just as much as it is beloved. His origins as Mario’s rival on the SEGA Mega Drive (Genesis) are as well-worn and well understand, while the early 2D games from this time are often heralded as the gold standard for Sonic games. 3D Sonic games, meanwhile, have a mixed reception, to say the least.

3D Sonic has a bad reputation partially due to some truly awful past releases. We live in a post-Sonic Boom world… not that his 3D reputation was all that strong before that game’s release. The era within which the original Sonic titles were created was a unique blend of 90s ‘tude and youth rebellion infused with a blue hedgehog that can’t be recreated, and it was already causing Sonic issues when he tried to jump through dimensions.

In much the same way that the era and circumstances of Sonic’s creation were unique, an air of nostalgia has influenced our understanding of Sonic’s legacy. Sonic’s cultural peak may have been when he first burst onto the scene, but rather than the heralding of 2D Sonic, the character was at his best in the early days of 3D.

A Need to Adapt 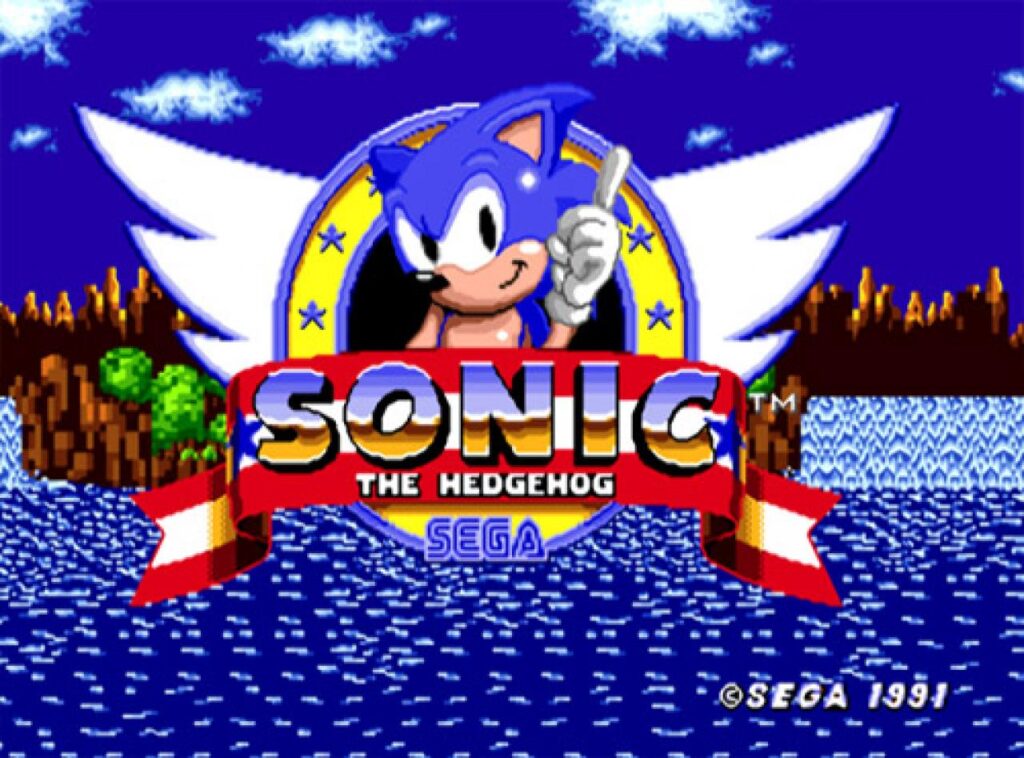 To remain relevant requires adaptation. Sonic was created as a rival to Mario, who rose to the top thanks to strong games and a malleability that fit the character to any genre or medium (almost). Mario could throw turnips at prehistoric birds just as much as he could ride on airships and drive in a go-kart. This malleability, just as much as the quality of his games, ensured Mario’s place in gaming’s past and future.

In the early 90s, Mario was the undisputed king. He was the character everyone aspired to overthrow. In an attempt to overcome his reign, every company created their own bubbly 2D mascots from Bubsy to SEGA’s own Alex Kidd, but none were able to mount a serious challenge to Nintendo.

Sonic was able to break that trend by being the polar opposite of the plumber in every way. Sonic was rebellious, he was cool, and he was unbelievably fast. The only thing that made Sonic similar to Mario was that many people were drawn to the entertainment of these games just as much, if not more, than their time with the man in red.

Sonic thrived on an image of the rebellious, cool dude, and it didn’t take long for the character to appear on everything from comic books and lunch boxes to animated cartoons. The issue this era of Sonic has, however, is that you can only be against the status quo (as defined by Mario) for so long until you become the status quo. It’s an image that can only ever be fleeting, and the character needs to evolve.

Early 2D Sonic games, similarly, thrived and succeeded by not being Mario. They were fast; they were multi-tiered; they were adventurous in ways Mario wasn’t; and people had a blast. But the gameplay evolves only briefly over the course of the Mega Drive and Sega CD experiences. The things that defined it, such as speed, were as much a unique selling point as a culprit of frustrating deaths and unseen hurdles that interrupt the flow.

Mario was willing to change while Sonic games followed a pattern, and as culture began to move beyond the rebellious cool of the early 90s, Sonic was at risk of being left behind.

Sonic in 2D had found a routine. Starting with the first game in Green Hill Zone, you would adventure across a series of varied stages in order to defeat Dr. Robotnik and his creations. You would rely on split-second reactions to get from point A to point B as fast as possible, and you may occasionally mix up the formula with allies, namely Tails and Knuckles.

While there was certainly evolution (Sonic CD allowed players to jump between various Time Zones), it was still limited, with the same core gameplay across the Sonic 2D pantheon. The same couldn’t be said for Mario, and after his own jump to N64, Sonic had to evolve or risk irrelevancy.

Despite how much his early days define the history of gaming as a medium, it was this 3D evolution that defines Sonic as a character today. That Sonic was cool and cocky, sure, but he was defined primarily by Mario by design. While attempts to expand Sonic law were attempted in TV, comics and games, early 3D Sonic gave him an identity. 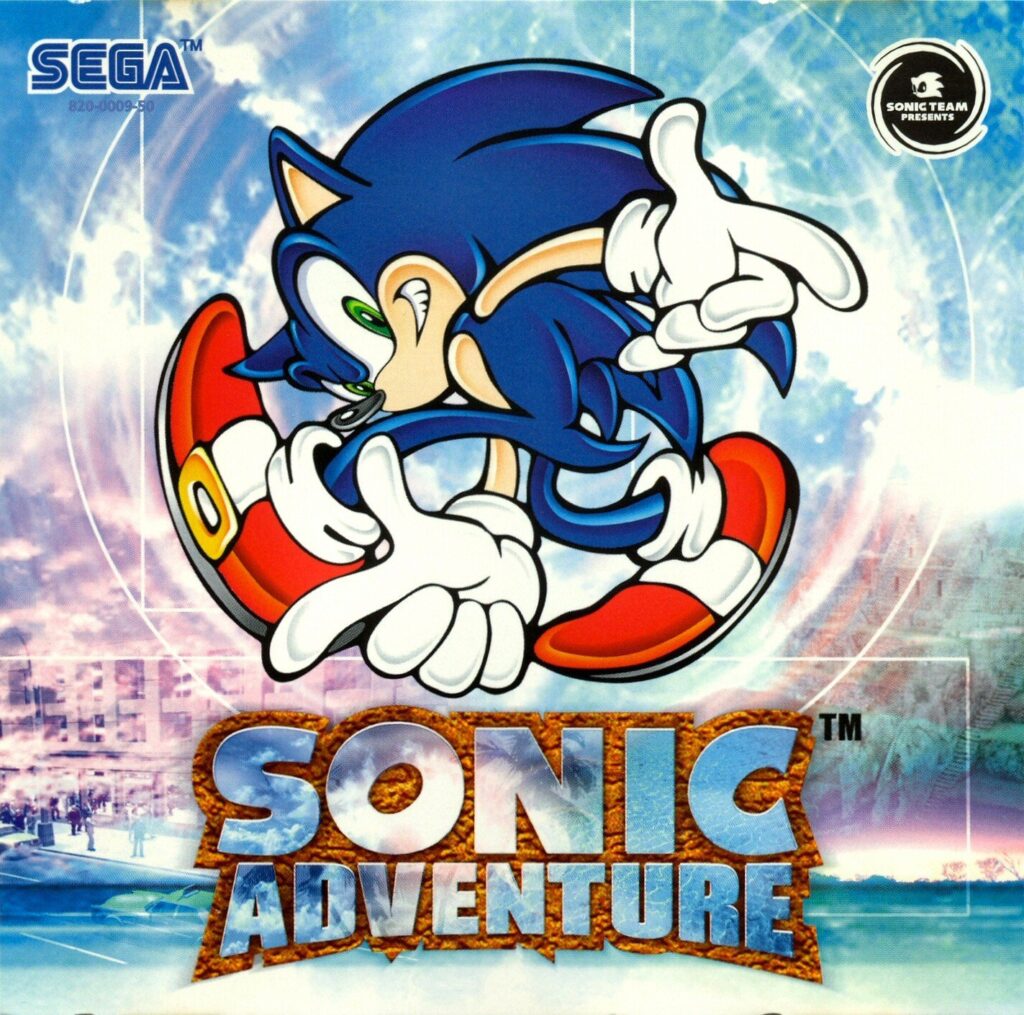 Sonic’s gameplay evolved and expanded with the move into the third dimension, all while retaining his trademark speed. In Sonic Adventure, stages come to life with vast 3D spaces and a sense of journey across a physical place and around the world that 2D could only replicate so much. Life was given to these areas, and hub worlds made Sonic feel real by giving him a station beyond his adventure.

Then we see how additional and returning characters bring new depth to the gameplay and world of Sonic. Additional characters in 2D Sonic mostly served as visual change and very many gameplay additions. Now we had Tails riding in mechs and Knuckles using his strength to explore a 3D space. Some may view these as gimmicks, but they gave more variety to the games than ever before.

Importantly, what these early Sonic Adventure titles achieved, alongside Sonic games released on the next generation of consoles like Sonic Heroes, is an expansion of the gameplay formula that didn’t lose sight of the characters’ origins (which arguably happened later). Sonic was always built on speed, and these games don’t forget that, but by allowing players to take control of additional characters, introducing multiple storylines, additional mini games and more, there was more to do than ever.

Many of the characters you gained control over in the game’s shift to 3D weren’t new characters created for these titles (Amy made her first appearance in Sonic CD). But now they, too, had more in-game continuity and understanding. While this growing cast has always been a source of controversy within the franchise, it was a necessary evolution and makes Sonic himself far more interesting.

Sonic in 3D is better than Sonic in 2D because it gave the games more variety, depth, and character than ever before. The character given to Sonic was a mostly external creation to the games prior to the 3D jump, and by integrating this character both into the games and the gameplay of the franchise, it allowed Sonic to evolve while many other mascots lost their relevancy in a changing market.

Sonic Heroes feels like the final evolution of this style of 3D action for the character that stands above what the 2D games were able to achieve. Here we have these various characters working together and using their abilities in ways not possible in 2D for gameplay opportunities unique to the franchise and fun throughout.

By jumping into 3D, Sonic evolved from a reaction to a rival to a character that harnessed what made it different and took it to the next step (and dimension).

Also, Crush 40 music is incredible. 2D Sonic doesn’t have that, so it must be worse, right?

LEGO Greenlights Sonic the Hedgehog Set in Collaboration with SEGA

Sonic Team and The Perplexing Quality of Sonic The Hedgehog