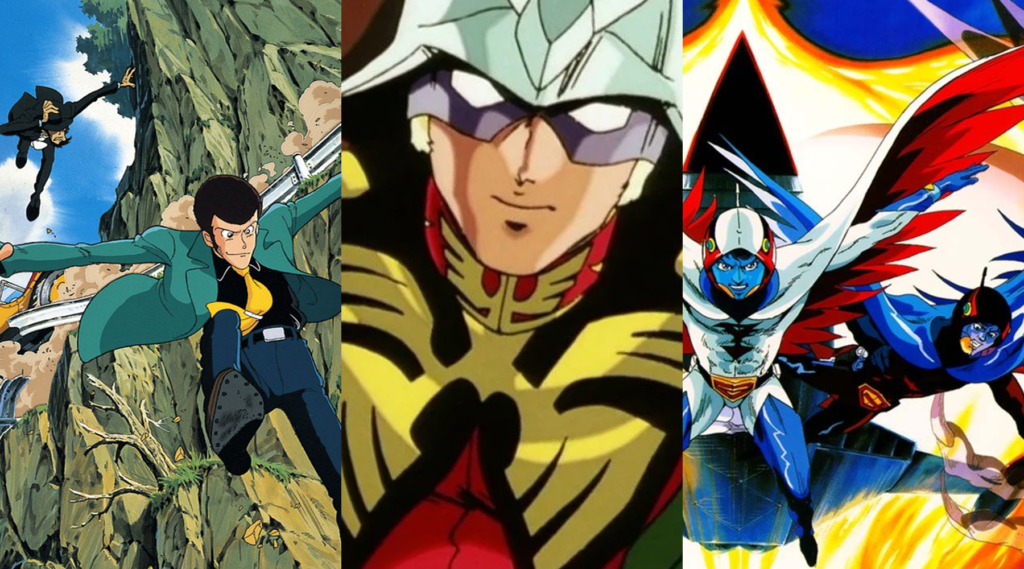 Being intimidated by an older art style is understandable to a point, but it’s still sad younger generations of anime fans are largely avoidant of the classics. Many won’t watch any anime from the 90s that doesn’t have words ‘Neon Genesis’, ‘Cowboy’, or ‘Dragon Ball’ in it, much less any 70s anime.

Yet, we wouldn’t have any of our beloved Japanese cartoons we say we love so much, without its golden era.

Most of these shows are episodic, meaning you don’t have to watch the whole run to at least get a proper taste, and we think you’ll find they surprisingly hold up ever under a 202X lense.

5 Anime From the 70s That Prove the Classics Holds up

If OTAQUEST ever compiled an official set-in-stone list of what we consider our personal canon, Lupin The Third Part 1 could well top the anime list. Not too shockingly though when you find out that Hayao Miyazaki and Isao Takahata both worked on the thing, even if their episodes are comparatively tame to the others.

Compared to the adult swim Lupin, Miyazaki’s own Castle of Cagliostro, or the extremely modern blue shirt stuff, the very first Lupin goes the hardest. Each episode a one-shot, some of these offerings get brutal, with Lupin and co much more morally dubious than their later incarnations would let them be which makes the show all the more interesting while having all the charm you’d expect from 70s anime’s greatest thief.

We’ve talked about Casshern Sins at length, the pinnacle of the Tatsunoko Remake phenomenon, but that doesn’t mean the original show should be ignored. The reason why we recommend starting out with Casshan over Gatchaman to unlock the potential of 70s anime to yourself is that it’s a bit more character and story-focused.

Gatchaman has that Power Ranger charm and pizaz, but Neo-Human Casshern has that Kamen Rider intensity and intrigue.

This tale about the lone robot wandering the lands (like Kenshiro) to protect humanity from evil robots (not like Kenshiro) remains a great way to wrap your head around the appeal of old ‘hero’ anime.

Okay, so there are over 100+ episodes of Leiji Matsumoto’s Galaxy Express 999 and while we would recommend you watch all of them, we know that’s not exactly realistic. Thankfully, like any 70s anime, Galaxy Express 999 is largely episodic so you could just watch some at random.

The three-part crossover with Harlock is particularly good, if you want to dip your toe into Leiji. It starts with the mysterious but beautiful Maetel and her young hot-headed traveling companion Tetsuro, as she accompanies him on a journey spanning dozens of planets, each with its own story to tell. Some have talking dinosaurs, others feature nations torn by war and wealth-inequality, with Matsumoto imbuing much of his work with a class angle before many of us caught on.

The original Mobile Suit Gundam’s up there with Lupin Part 1 in the hypothetical OTAQUEST canon of anime. 40+ years later the RX 78-2, Amuro Ray, and Char Aznable remain faces that everyone in Japan recognizes whether or not they’re particularly into the nerd persuasion, and you can bet this halcyon 70s anime still holds up, considering it launched one of the most enduring Sci-Fi and Toy empires to ever manifest on Earth.

While the animation’s not nearly the same level of slick as your Endless Waltzs or Gundam Thunderbolts, the original anti-war real robot classic with its iconic rivalry between the aforementioned Amuro and Aznable, still hits hard.

We’re almost, but not technically, cheating by putting The Rose of Versailles on the tail end of this list. It didn’t start airing until the very last season of the 70s, and Osami Dezaki didn’t take over until 1980! However, with Riyoko Ikeda’s original manga debuting in 72 and running through 80 flat, most feel correct in grouping it amongst the 70s anime classics.

If you’re unfamiliar, The Rose of Versailles is a revolutionary manga about, well, a revolution! Historically set during the French uprising, Lady Oscar pictured above blurred the lines between both gender and gender roles, while changing the face of girls’ comics forever. That said, without it we wouldn’t have many of the other classics like Revolutionary Girl Utena or Berserk.