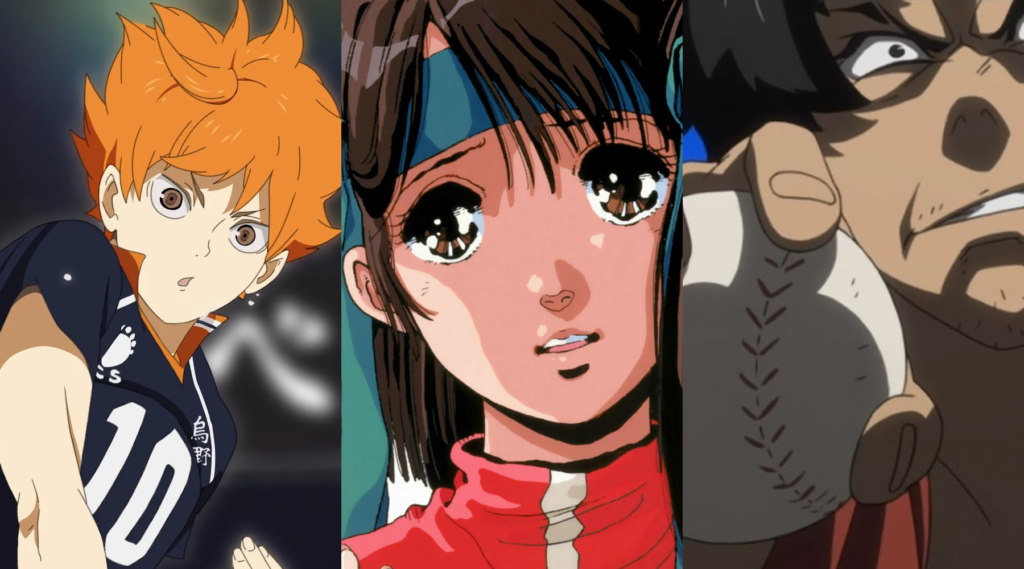 Training montages. Most people love a good old-fashioned training montage, set to some cheesy 80s synth-rock or a gym-floor adrenaline pumper. It is essentially a pre-made AMV, one that allows the viewer to skip out on what could be hundreds of repetitive minutes of training.

Others feel they’re a cliched narrative trope that allows creators to short-cut what could be precious character development. To that, we say, well yeah… but do we really need another training arc?

These pre-fabricated clip shows aren’t as huge a trope in anime as they are in Hollywood cinema, but to call them a rarity would be an overstatement, even though they admittedly end up being homages to said Hollywood films.

Love them or hate ’em, here’s our list of the top five anime training montage scenes, in descending order for suspense. Sorry, none of Haikyuu‘s made the cut.

Excel Saga’s whole darn thing was satirizing one cliché after another every single episode, and it didn’t matter if the tropes it spoofed were of Western or Japanese origin. With a mission statement like that, you knew the self-insert director extraordinaire Nabeshin would be just gunning to put his methamphetamine spin on the anime training montage… or so you’d think!

Excel Saga subverts viewer’s expectations beyond the obvious, by showing the lead-up to the training montage, and the post-power-up epilogue, with none of that sweet-sweet grinding in between.

We’re not implying the anime training montage Hideaki Anno chose to employ in his earliest seminal work Gunbuster ripped anything off! Clearly, it’s an active tribute to the then still fresh Rocky, the water shot and all. Though, Gunbuster incorporates one extremely visible difference between it and its inspiration; The training in this aforementioned love letter to old Sylvester Stallone features the show’s titular giant robot carrying out said training!

A novel twist on the formula, for the time.

Poor Mob, always getting roped into taking care of everyone else’s psychic issues, when all he wants to do is build his muscles with his friends. Interestingly though, Mob Psycho 100’s absolutely exaggerated montage had nothing to do with his body-building aspirations or his psychic powers; No, Mob’s anime training montage came courtesy of his needing to give a campaign speech for his student council president run he somehow got caught up in.

Hey, public speaking wracks all our nerves, and maybe all aspiring student council presidents should hit their local waterfall for meditation-based strengthening.

Samurai Champloo comes with more than one anime training montage, and with both soundtracked by the late, great Nujabes and his finest associates, they could both take the number two spot. In fairness to every other anime ever made, we opted to include just one: The baseball training montage.

It would require some time to even explain the existence of baseball to a bunch of samurai in the 1800s Japan, still largely independent from the outside world, much less get Mugen and Jin able to get good at the game.

A well-placed training montage takes the edge off our rouge hip-hop-loving Samurai and brings us to America’s past-time circa the Edo era.

Fellow OTAQUEST scribe Jacob called ‘Both of You, Dance Like You Want to Win’ a ‘perfect Evangelion episode’, and that sentiment is shared by most of us. While its anime training montage counts as only one of many reasons it’s a venerated ten-out-of-ten 24-minute chunk of Shinji Asuka hijinks, we can safely call that montage the best of its kind.

Miraculously incorporating what looks like Dance Dance Revolution before that game ever existed, this training montage not only scores points for predicting the future but, perhaps, being the deepest of all training montages, helping to start bridging the gap between young Asuka and Shinji.