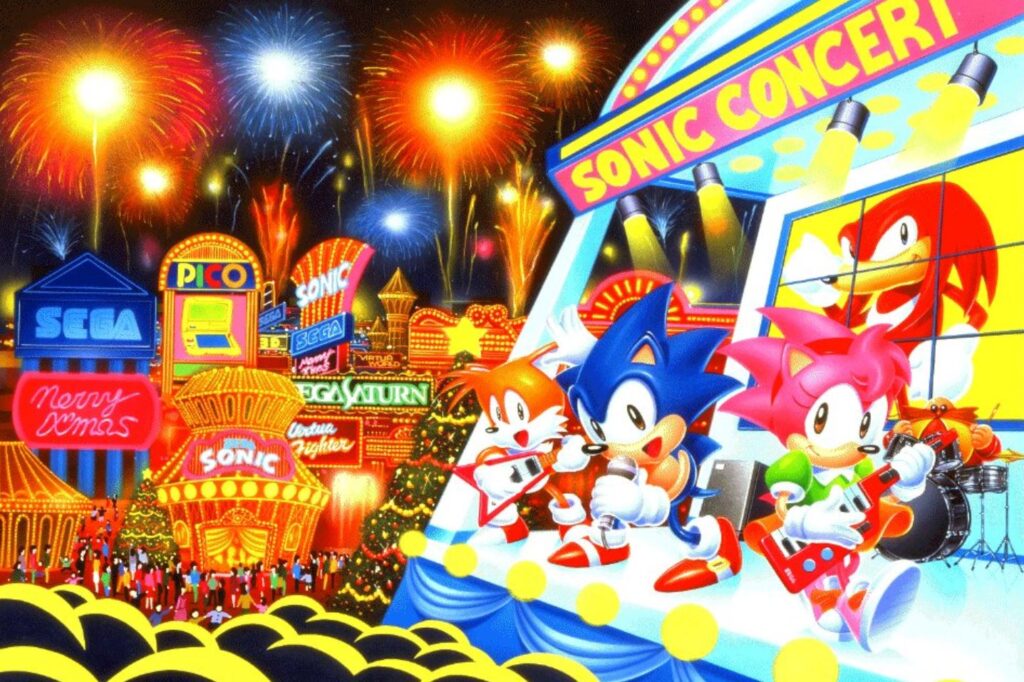 With a brand new Sonic game finally having been teased for 2022, the Sonic Cycle begins anew, locking us all to its karmic wheel. Four years have passed since 2017 brought two significant entries in the blue blur canon: Sonic Mania and Sonic Forces, the former as surprisingly good as the latter was predictably mediocre.

With at least a year until the yet-untitled game’s proper release, fans once again feel that twinge of hope, as maybe five years of downtime will be enough to finally get it right. Why Mania 2 hasn’t manifested yet is beyond me, but with the world’s favorite Hedgehog spin-dashing back into our collective consciousness, we’re looking at one area where neither SEGA nor the fastest thing alive has ever let us down: The music.

Here are the five Sonic soundtracks that prove how essential the jams have been to the character’s lasting appeal.

Why start with the Sonic 3 batch of songs over the excellent soundtracks of the first two games Dreams Come True legend Masato Nakamura composed? Well, beyond the all-but-confirmed involvement of a certain King of Pop, by the Hedgehog’s third outing, SEGA Sound Team had the art of scoring the hedgehog down to a science. A whole roomful of producers worked on this Sonic soundtrack, making it slightly more inconsistent than Sonic 1 and 2, but it brilliantly displays the dearth of the then-groundbreaking FM Synthesis of the Mega Drive (Genesis) console. That, and despite Green Hill Zone being the more iconic game-starter, Angel Island Zone has the stronger tune.

That’s the hill we’re going to die on, get it?

The Sonic Rush sub-series will not likely see the time of day again, but we’ll always have its particularly SEGA Sonic soundtrack to remember it by. Spearheaded by Hideki Naganuma, the main composer for the Jet Set Radio games largely beloved for their music, the resulting chopped-up vocal sampling spliced all over the funkiest production in hedgehog history, giving this unique collection of heaters a charming cartoony flare. Hints of house, DNB, and Shibuya-Kei swirl in to make a perfect running partner for Sonic the Hedgehog.

Sonic R remains, perhaps, best remembered as a Sonic soundtrack with an interactive screensaver, rather than a proper game made for playing. As ill-fated as Sonic T. Hedgehog’s first proper 3D outing turned out, we will always be grateful for its handful of stage themes, for which SEGA Sound Team composure Richard Jacques synthesized an entirely new type of music for.

Giddy in how they embraced new digital production and synthetic sounds, the seven songs in the Sonic R soundtrack could only be described as dance music from the year 4000, complete with a BPM appropriate for Super Sonic Speed.

An unreleased soundtrack so good that eventually an internet denizen would reconstruct the entire thing track by track. Years later, after secretive correspondence with a dedicated SEGA fan, a mysterious individual would leak never-before-heard demos of this Sonic soundtrack, along with an unearthed full version of its delightfully nonsensical theme.

With some of the most infectious 90s synthetic production you’ll ever hear, clearly inspired by the Mega Drive (Genesis) soundtracks but with a more atmospheric bent, the Sonic the Hedgehog OVA demands to be watched just so you can hear perfection in the form of ‘South Island’. So overwhelmingly enveloping that music song, you won’t mind how nasally Sonic, Tails, and Knuckles sound in the one-off dub you’ll have to put up with to hear it.

You knew this was coming, as we especially love our Dreamcast era Sonic here at OTAQUEST. A Sonic soundtrack so good it would spawn memes or decades, the Sonic Adventure 2 score acts as an appetizer-sampler of the entire Sonic Music Spectrum; Crush 40 would drop the two greatest butt-rock songs of all time, Tomoya Ohtani and Hunnid-P would invent a genre called ‘Knuckles Rap’, Jun Senoue ripped guitar solos all over the place, and NiGHTS Into Dreams composer Fumie Kumatani would whip up some particularly ethereal cuts in some climatic places. Truly, a musical ensemble that would define a generation.

As an added bonus for reading our Sonic soundtrack round-up, we’re throwing in Sonic Boom from the Sonic CD, because why wouldn’t we?

Head over to our Discord channel to chat with us and let us know what your favorite Sonic song is.