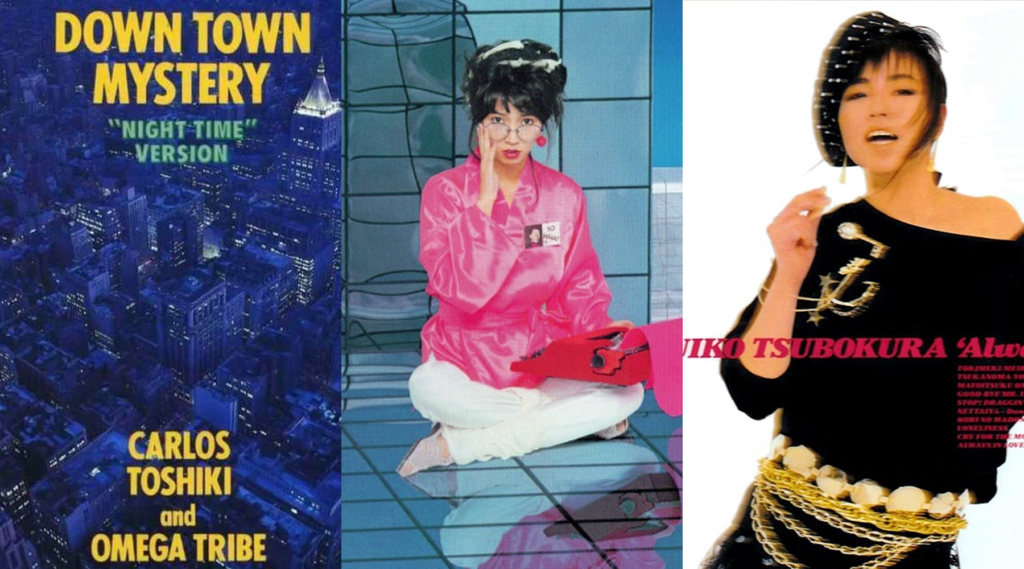 As the Delta variant locks us into a second COVID-filled summer, many of us still find ourselves trapped inside more than we’d like to be, finding ourselves going back to the city pop classics to help ether minds into sandy beaches and palm-tree laden sunsets.

Thing is, you’ve already rode a long time with Tatsuro Yamashita and your love’s already hardened into plastic. You might click around a few Spotify playlists or let YouTube’s algorithmic devilry find bubble era jams you’ve yet to hear, but with a million and one tunes to shuffle through, settling on just’s a hard deal.

We’ve whipped a list of 5 underappreciated but certainly life-affirming City Pop records to help you psychically channel yourself to a better place. Note that this list absolutely non-exhaustive, with so much more sounds to out there waiting for you to wash on their shores, but we hope it’s a nice starting point.

Akira Inoue’s PROPHETIC DREAM makes one hell of a start to any City Pop records list. By the early 80s, this strain of jazz-influenced inspired pop started further mutating into different sounds, picking up elements of funk and synthesizer music among other in vogue aural pleasures of its era.

Much like its name suggests, PROPHETIC DREAM almost sounds too early for its time, with each of the songs exploring vastly different soundscapes, from the standard breezy beach sonic imagery and futuristic curious to even some composition bordering on prog.

This record contorts the internet’s favorite genre into many shapes, with some excellent recording at that.

A much less left-field but equally enjoyable entry into city pop valhalla, Minako Honda’s M’syndrome hits you with all that classic upbeat pizazz you’ve come to love the Japanese pop sub-genre for. M’syndrome makes you feel like you woke up in mid-80s Japan after falling into a long, mysterious coma.

M’syndrome will have you feeling like you are a background character on the aesthetically powerful Kimagure Orange Road.

What the record lacks in adventure, it makes up for in comfort, doing all parts of the established formula justice.

You may have at least seen the iconic ALWAYS IN LOVE album cover on a YouTube recommendation, but unless you’ve listened to Yuiko Tsubokura’s most explosive contribution to City Pop records, you’ve been sleeping. With touches of balladry while leaning towards the groovy, and perhaps a smidge of classic rock zested on top, the album will soon have you looking Tsubokura on the cover.

The singer knows how to cut through a room with her booming voice, whether she’s churning slow love songs or gliding over dance floor diddies.

Omega Tribe have put out a great many records over their storied career and have collaborated with a great many artists. However, when Japanese-Brazilian vocalist Carlos Toshiki took over singing duties, the wonder-group may have stumbled onto the best material in their discography.

All the sax work alone on Down Town Mystery “Night Time Version” would make even the likes of Smooth Jazz Wizard Kenny G do a spit-take, making this album a worth addition our underappreciated City Pop Records round-up.

Hearing Toshiki soar over a series of playful and moody pieces, kinetic and groovy as they come, is just icing on the cake.

Finishing out our underappreciated City Pop Records list comes Miho Nakayama’s 1988 wonder, and we admit that including it is cheating just a little. The entire record was composed and produced by one Toshiki Kadomatsu, a City Pop legend only second to the Yamashita Takeuchi power couple themselves, and it’s totally apparent if you’re familiar with him.

Not to downplay Nakayama’s contribution to this extremely solid record: With a voice not deep enough to be called husky but still quite full, every vocal she lays down carries sweet weight. Coming out the same year as his own digital-sequence laden BEFORE THE DAYLIGHT, Kadomatsu fully embraces whole late 1980ness, whipping high energy neon clad one banger after the next; As the kids of this generation say, start to finish this record does not miss.