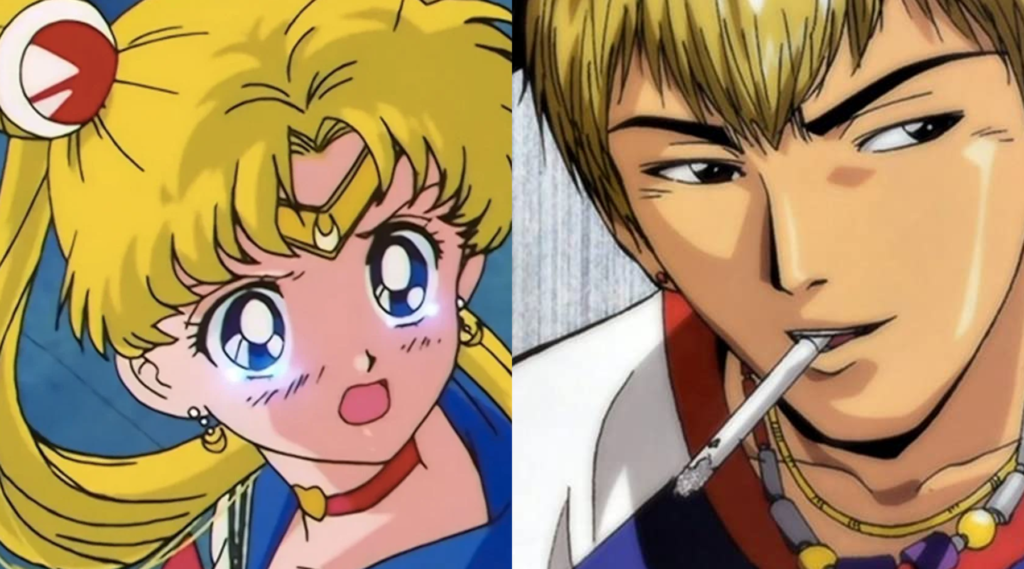 Sequels, spin-offs, and remakes all but dominate the anime and movie landscape these days. But for all the complaints one may occasionally harbor towards the trend, it’s not exactly new: a surprising amount of the classic anime series we grew up watching were actually sequels or spin-offs to previously released works without slapping a big old ‘2’ on the name.

You could debate them not being ‘spiritually’ sequels, and indeed they all hold up as classic works, but here are 6 anime that secretly had predecessors. For the record, we’re not counting shows with prequels released later in time.

Usagi was, both canonically and in print, not the first Sailor Scout.

We’re playing dirty calling Sailor Moon a sequel, but Naoko Takeuchi’s Codename: Sailor V manga predates Sailor Moon’s initial publication by a few months. One might argue against this, since the prequel manga never got adapted into an anime, though an OVA was in the works at one point, and the show stands on its own.

However, even the anime maintains Sailor V operating independently of Sailor Moon before the latter got her start, so call it a technicality.

Would it surprise you to know that the always professional and orderly Great Teacher had a delinquent past? How about that it’s not the first in line?

Great Teacher Onizuka’s not just a sequel but actually a threequel to Shonan Junai Gumi (published in the United States under the GTO: The Early Years moniker), and the Bad Company short series. Eikichi Onizuka’s high-school delinquent origins are touched upon in GTO proper, but, despite the anime and the Japanese TV drama propelling the character to new heights of popularity, his comic debut as a troublemaking teen punching other troublemaking teens ran longer than his outing as a teacher did.

At least, GTO‘s many spin-offs added other 20+ volumes to the story.

Let me start this by saying that I prefer the movie, but there aren’t enough fans left of either incarnation or its original series to care.

CLAMP fans surely know about the connection between Tokyo Babylon and X/1999, though they might want to conveniently forget, especially with the embarrassing recent controversy surrounding the former. Those who only ever saw Rintaro’s visually stunning film or the (slightly) more cohesive TV retelling might not know that all versions of X/1999 are a direct sequel to a previous CLAMP title called Tokyo Babylon, which stars secondary X characters Subaru and Seishirou.

You, uh, should just stick to the manga.

We’re always looking for chances to shoe-horn in Paradise Kiss’s excellent anime adaptation into articles, especially with the sting of its director Osamu Kobayashi’s recent passing still painful. However, Paradise Kiss is a bonafide sequel story to a previous Ai Yazawa manga called Gokinjo Monogatari that had come out a few years prior. While that manga never got released in English, it did have an anime and all… that also wasn’t released in English.

A young Mikako and Arashi do actually appear in Gokinjo Monogatari, before Paradise Kiss told their own story.

It’s not a secret that the Boogiepop franchise existed as a light-novel before it ever was an anime, as that very light novel series helped the genre get taken seriously in Japan. Boogiepop Phantom went about itself in a rather unique matter. Instead of just being an adaptation of the first novel in the Boogiepop and Others series, what most light-novel based anime series do, it was a sequel to it.

No, we don’t mean Boogiepop Phantom adopts the second novel. The show predicates itself on viewers having read the first volume to tell an original story set after it, and not going about it so obviously, making for some unique results.

Thankfully, Boogiepop has always been confusing enough that Boogiepop Phantom’s eclectic vision works perfectly on its own.

Real ones already know the knowledge we’re about to drop on them, but the young’ns need to know too!

Yu-Gi-Oh! is to Yu-Gi-Oh! (Season Zero) what Dragon Ball Z is to Dragon Ball: It all existed as one manga, but the anime had multiple distinct adaptations. The difference here though is that while Dragon Ball’s an essential and beloved part to… Dragon Ball, everyone involved with Yu-Gi-Oh! Season Zero would prefer you to forget about its existence. If it did ever have a VHS release, it certainly never got released on DVD, much less Blu-ray or streaming.

Adapting the early volumes of Kazuki Takahashi’s manga, this was before SHUEISHA told him to ‘focus on that cards we can make money that way’. The more violent take on the series involved people getting set on fire wholesale and was at odds with the card game empire they realized they could build.