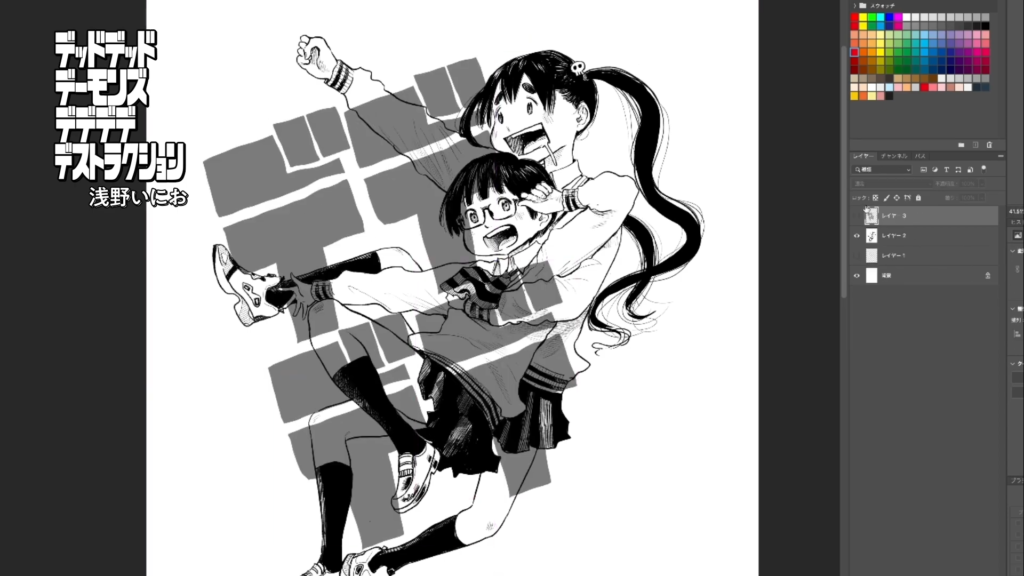 When you watch professional manga artists at work, they make drawing look so damn easy. With just a few lines, they’re able to put together expressive compositions and lifelike characters above and beyond what us mere mortals could possibly ever achieve. That’s quite depressing. Regardless, a special video produced for the winners of the 66th Shogakukan Manga Award shows several masters at work, including Tatsuki Fujimoto, Inio Asano, and Souichiro Yamamoto.

The recipients of the 66th Shogakukan Manga Award were announced back in January, recognizing Tatsuki Fujimoto’s Chainsaw Man and Souichiro Yamamoto’s Teasing Master Takagi-san in the shonen category and Inio Asano’s Dead Dead Demon’s Dededededestruction and Miko Yasu’s Hakozume: Koban Joshi no Gyakushu in the general.

Shippo Sugi’s Yuzuki-sanchi no Yon Kyodai also won the shoujo category alongside Dual Monsters by Shigenobu Matsumoto and Chocolat no Mahou by Rino Mizuho in the children’s category: while all seven recipients of the 66th Shogakukan Manga Award drew quick sketches of their characters for this video, the first three are worth focusing on above all else.

Navigate to 1:10 and you will see how shockingly simple Denji’s design as Chainsaw Man really is, being accomplished with just a couple of lines and a bit of shading. Of course, Fujimoto can do this very quickly because he’s a pro who has drawn thousands of pages across his career, but it’s still surprising.

Inio Asano arguably put a bit more effort into his sketch, given that he started with some rough lineart and also drew two figures. The deftness with which Souichiro Yamamoto renders the giant forehead of Takagi in his contribution, however, truly has to be seen to be believed.