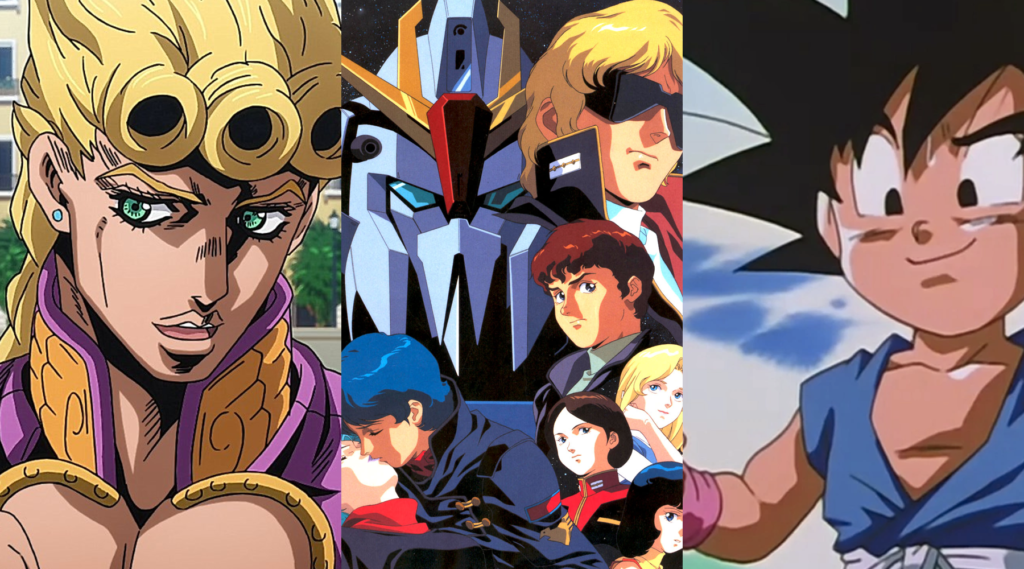 Don’t worry, we only put Dragon Ball GT Goku on the cover to get you to check this article out. That said, some of our actual takes are sure to rustles somebody’s jimmies. With more reboots, reimaginings, and sequels coming out every season, and fans more often excited for retread territory opposed to original anime properties, we wanted to look at a number of shows that justified the trend throughout the years.

This time, we specifically left film sequels off the list to focus on proper TV anime.

We are starting our list with a particularly controversial pick. Lots of Tokyo Ghoul’s fair-weather fans, who came in when the show was hot and dipped immediately when it cooled down, didn’t like Tokyo Ghoul √A for one simple reason: It didn’t follow the manga! Nevermind that original series creator Sui Ishida wrote the show’s story himself and ended it in the same way as the original manga, just hitting some different beats along the way.

What saddens us about people writing it off for being different than the manga would be them also casting away Oscar-nominee Shuhei Morita’s genuinely transcendental direction. While the first season adaptation was good enough to earn the title leagues of fans, his second seamlessly fluttered through cacophonic action, sweltering emotion, and the quietest of moments with scalpel-precision.

We’ve made the argument that each season of Attack On Titan works thematically as its own show, and arguably The Final Season’s the best the show’s ever been. However, we’re placing Attack On Titan Season 2 as one of our favorite anime sequels for two reasons: that huge four-year gap between the season 1 and season 2 debuts, and just how drastically different the second season was.

90% of that brilliant WIT Studio titan-killing animation has traded in for a genuinely slow-burn of horror anime, thick with dense atmospheres of uncertainty that seep out of the TV screen right into the viewer’s head. With only one-year gaps with each following installment, the throughline between later seasons is more concrete, the show’s first sequel genuinely 180’d its entire meta for the better.

Most Slayers fans would sight Slayers Next, the second of its three 90s TV anime, as the franchise’s best iteration. A semi-satire of both Famicon era RPS as well as Dungeon and Dragons shenanigans (well before the latter’s resurgence in popular culture took place), fans couldn’t get enough of the hot-headed Lina Inverse and her many Low IQ dungeon crawling party members.

Perhaps the biggest reason why Slayers Next made for an ideal anime sequel was the introduction of the notorious Xellos. The show didn’t change the formula or atmosphere of the original series at all, but by introducing a charismatic trickster with ambiguous intent who could match Lina blow for blow leveled the series up, to use franchise terms. Plus, Give a Reason’s easily the most iconic Slayers opening.

Mobile Suit Zeta Gundam’s a better anime than Mobile Suit Gundam. There, we said it. Take note, all of you reading this who’ve actually watched all the 1979 and 1985 Gundam entries. No doubt Zeta Gundam’s a less memorable show, and none of its characters are quite as iconic as Amuro and Char, though in our humble opinion, Haman comes close.

That all said, Zeta features a more in-depth story, far better animation, and some incredible character and mobile suit designs. In short, specifically regarding Tomino-era Gundam, it’s everything an anime sequel should have ever been.

This is the third Full Metal Panic! series, though the second in its canonical story. 2005’s Full Metal Panic! The Second Raid proved to the world that the now legendary Kyoto Animation, only just coming into their own at the time, could do cold hard action with as much finesse and style as their soft romance escapes.

The Second Raid dropped the beloved comedy that got inter-spliced heavily in the original Full Metal Panic! to soften its harder edges (and fully focused on in Full Metal Panic! Fumoffu), and brought this hybrid mechs and ops series that already featured child soldiers and terrorist attacks to new levels of harrowing.

Largely taking place in a fictionalized battle-ridden Hong Kong, The Second Raid pulls off both the brutality of human-on-human violence and weighty mecha combat with stunning charisma.

6. Amon The Apocalypse of Devilman

We’re cheating a little with Amon The Apocalypse of Devilman, because it’s simultaneously an anime sequel and a reimagining at the same time. It purposefully picked up where the early 90s Devilman OVAs dropped up, but incorporates newer elements from the Amon manga.

While it being better than the more artistic Devilman Crybaby chalks up more to one’s personal taste, it certainly hits harder than the early 90s OVAs in both its brutality and its rare poetic moments.

You can read about this forgotten Devilman entry in more detail here.

Everyone has a favorite ‘part’ of Jojo’s Bizarre Adventure, and maybe ours will be the recently confirmed Stone Ocean adaptation. Until then, we’re specifically citing Part 4 Diamond is Unbreakable as its best anime sequel specifically because of how much extra David Production brought to the table.

Reducing the scales from Part 3’s international journey to the sole town of Morioh and centering it around the hunt for a single criminal made for a fascinating and particular eccentric iteration of high-octane shonenery. David Production then took an additional step from Araki’s manga blueprint of Part 4 by imbuing its animation with pop-art sensibility filled vivid, yogurty colors that gave Diamond is Unbreakable a strong individual identity.