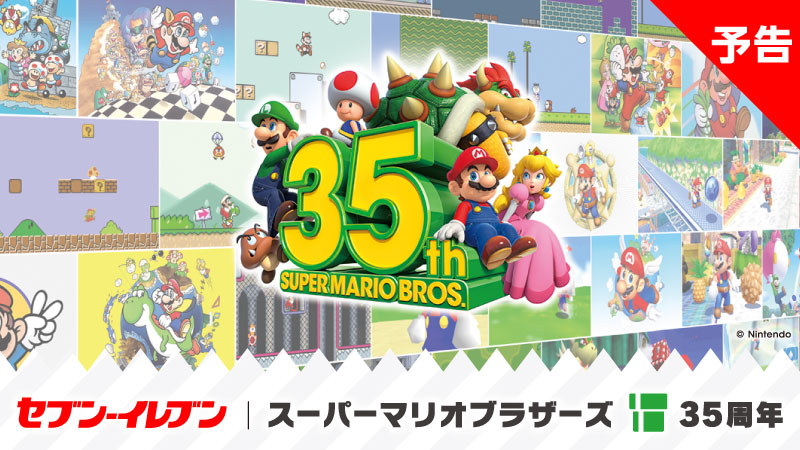 As Mario’s 35th anniversary celebrations continue, even with the recently announced postponement of the opening of Super Nintendo World at Universal Studios Japan, 7-Eleven have announced a special promotional campaign offering Nintendo prizes and food!

Mario’s 35th anniversary celebrations are well underway, with the release of the likes of Super Mario 3D All Stars, special LEGO sets and merchandise, and more revealed in a special Nintendo Direct last year. Even if the anniversary celebrations have been somewhat interrupted by the ongoing COVID-19 pandemic, fans of the titular plumber have been able to celebrate the history of the popular character in many ways. A special upcoming 7-Eleven promotion will see the company sell a special bread roll while offering various Nintendo goods in a special Ichibankuji draw. 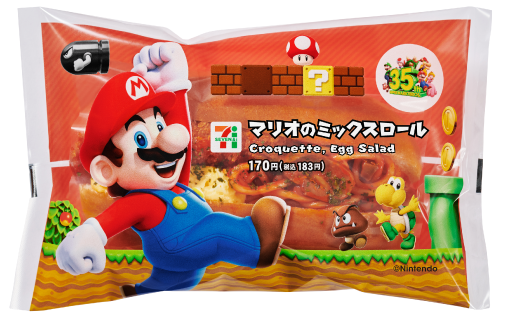 The croquette and egg bread roll is sold in special Mario packaging for 183 yen after tax, and will be sold at all 7-Eleven convenience stores from the 5 February, as part of the special campaign.

The 35th anniversary Mario Ichibankuji draw that will run simultaneously will start earlier, on 23 January, with tickets being purchased from all 7-Eleven and Ito Yokado stores nationwide, and the Nintendo Tokyo store in Shibuya. For a cost of 650 yen per ticket, a number of prizes are on offer. The top prize for the draw is a 30 cm talking Mario plush toy, with a Mario alarm clock being offered as a B-prize. A long towel showcasing a timeline of all mainline Mario titles is the C-prize, while my personal favorite is the D-prize, glow-in-the-dark Boo washing liquid dispensers. Eco-bags, drink coasters, and a question block table constitute other prizes.

The prizes on offer will please younger and older people alike, depending on which they receive. You can tell you’re an adult when a soap dispenser is more exciting than a talking Mario, but there we go. You can find out more about the campaign over on the official website.