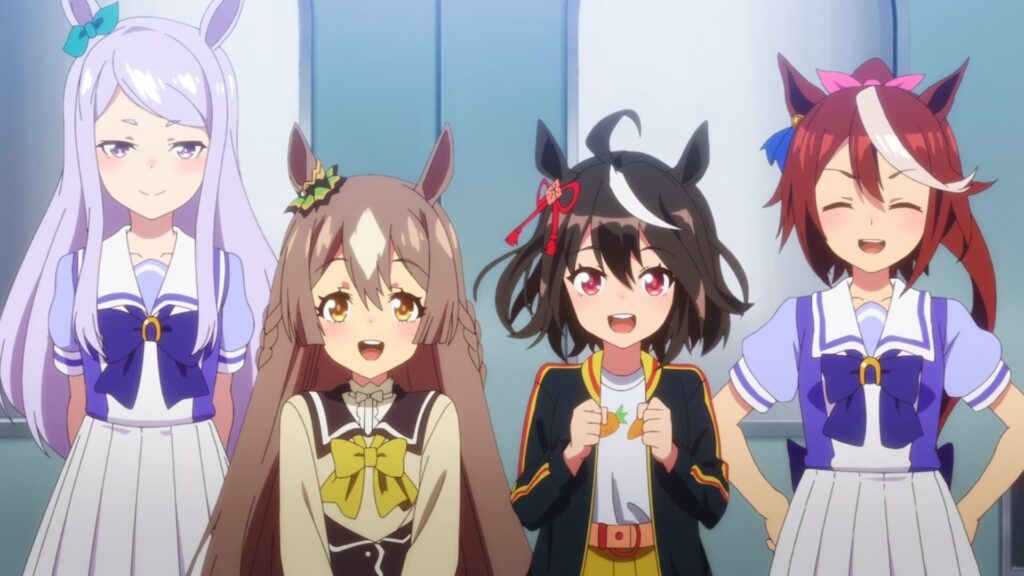 Looking for the best anime series about racing? You’ve come to the right place. Racing is one of the world’s oldest, still-extant sports, dating back at least as far as the ancient Greek Olympics.

Racing also comes in many varieties, from runners to swimmers to bicyclists to cars to horses. Naturally, you can find a lot of variety in anime series which feature the thrill of the race. Here are the 7 must-watch sports anime series about racing: 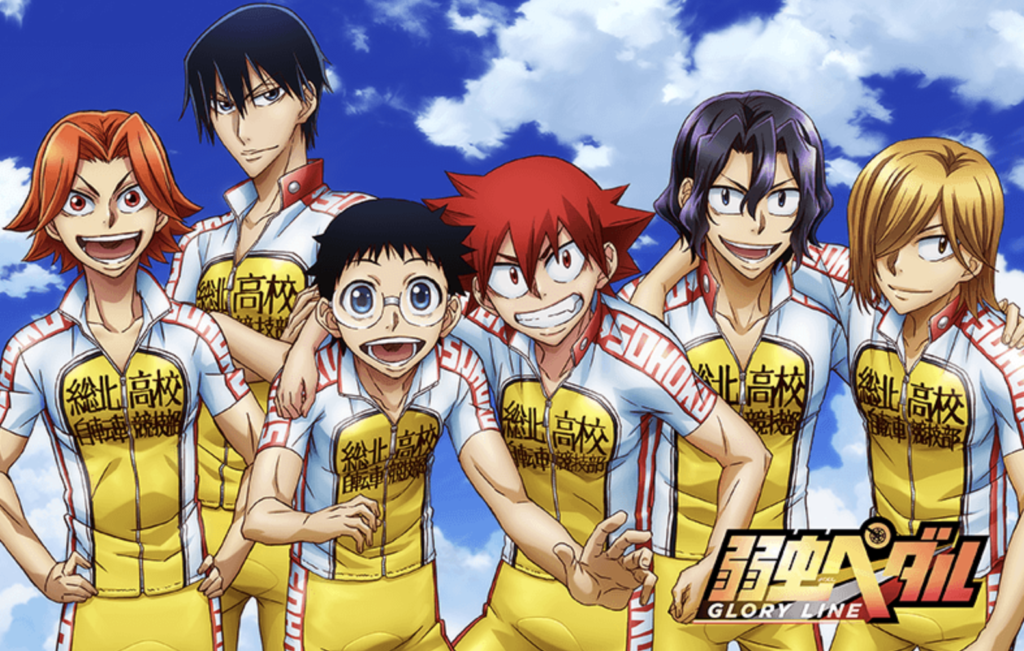 Series protagonist Sakamichi Onoda starts out as a shy, anime otaku. At first, his ‘mamachari’ city bike is his only bicycling experience. However, Onoda’s hill-climbing ability grabs the attention of the racing club.

An OVA was also produced, along with anime and live-action films, and a live-action TV drama.

The series can be found at Crunchyroll.

As an island nation with a lot of coastline (and a high number of Olympic swimming medals), it makes sense that Japan would produce a lot of swimming anime series.

The 2013 Free! series was initially based upon the light novel High Speed!. High Speed! was an honorable mention in the Kyoto Animation Award contest. The franchise includes several sequel series, and several movies.

The show revolves around a gifted swimmer who restarts his high school’s swim team along with his friends. Naturally, top swimmer Haruka Nanase has a childhood rival from another school. Eventually, the team breaks up, but he continues to compete in college.

Uma Musume is a racing series with an unusual twist. But, don’t let that twist distract you! Uma Musume also tells a good story of athletes aiming for the thrill of victory.

The main characters all represent anthropomorphic race horses. Specifically, they are famous Japanese race horses, so there’s no Seabiscuit, Seattle Slew, or Secretariat for western audiences. It’s similar to Kemono Friends, another cute furry girl anime series based on a video game franchise.

The series treats horse racing almost like track and field. It contains a lot of typical sports anime tropes. There are teams, rivalries, managers, a lot of training, and the trauma of recovering from a bad injury. When one injured girl worries about being able to beat her rival on the track, the feels hit you right in the gut.

You find the series, and the silly spin-off gag anime Umayon, at Crunchyroll. 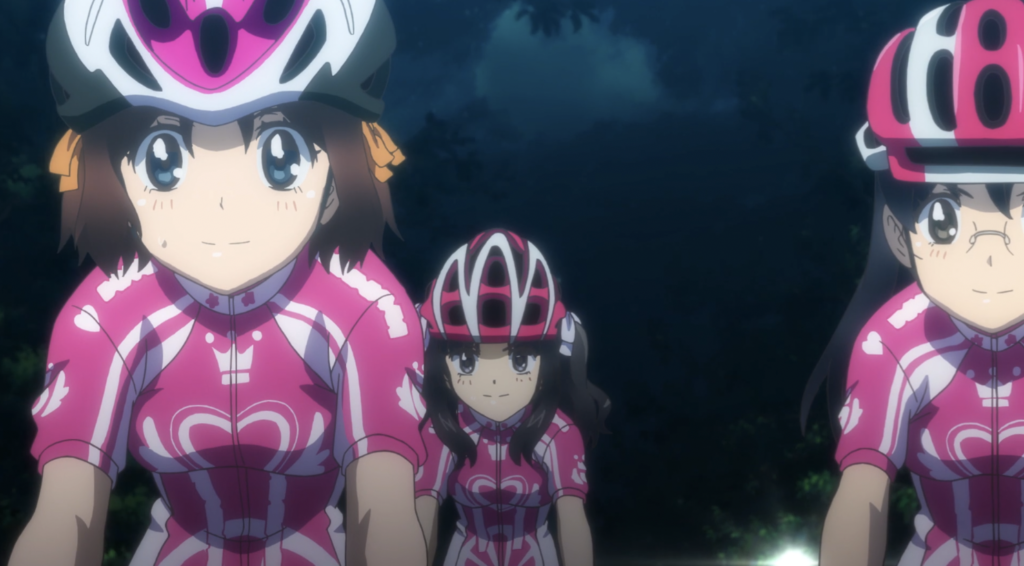 The 2017 anime series Minami Kamakura High School Girls Cycling Club is not your typical sports anime series. People usually think of sports series as being competitive, hot-blooded, and high-octane; not laid-back. But, hidden underneath the slice-of-life fun, the series also contains a competitive side which shows up when the girls take part in a bicycle racing event.

The main focus of the series is touring around the Kamakura region on bicycle. As such, the series will probably remind some viewers of Yuru Camp, or even Encouragement of Climb.

The show’s novice protagonist, Hiromi, slowly learns the ups and downs of cycling. By the end of the series, the club members get their own racing team uniforms and take part in a racing event. 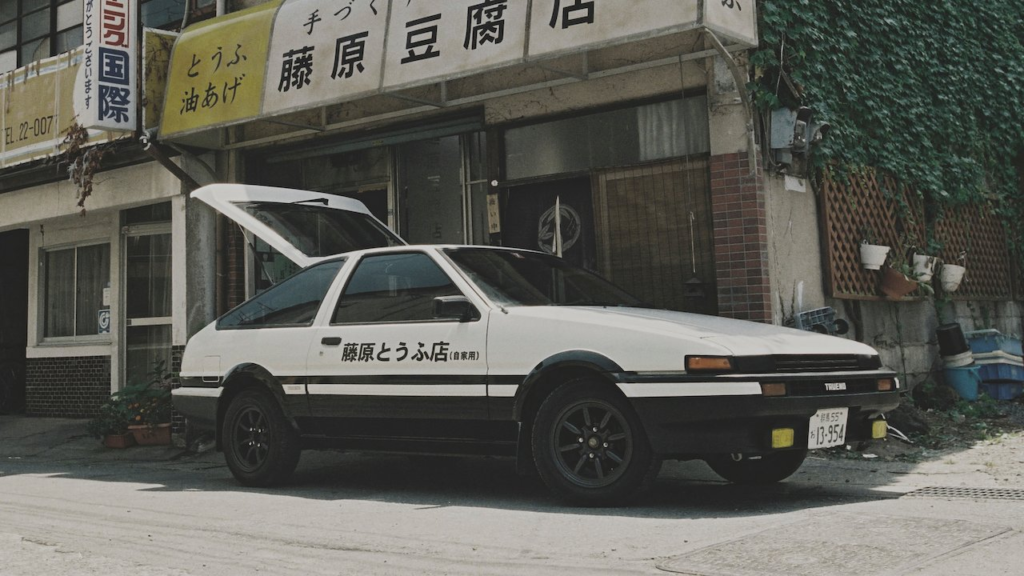 With multiple anime ‘stages’ between 1998 and 2014, plus movies and OVAs, Initial D is probably the best street racing franchise ever made.

It is certainly the most iconic. Its memorable downhill drift racing scenes, with observers providing dramatic commentary on every hairpin curve, has invited tributes and parody from Lucky Star, Steven Universe, Yuru Camp, and many others.

But there is more to the story than just Takumi Fujiwara’s driving strategy, and his deceptively good Toyota Trueno AE86. (Although admittedly, the Eurobeat-flavored races do pull a lot of people into the series.) There’s also a lot of character development for Takumi and the others.

Funimation has the series, as does Hulu, and Netflix.

Run With the Wind

This 2018 series is based on Kaze ga Tsuyoku Fuiteiru, a 2006 novel (not light novel) by Shion Miura. The story features Kakeru, a disillusioned, former elite runner. At the beginning of the series, Kakeru has been reduced to shoplifting.

Haiji, an older Kansei University student, convinces Kakeru to live with him at his dorm, Chiusei-so. The dorm turns out to be a track and field team dorm. Haiji’s ultimate goal is to gather up enough runners for the Hakone Ekiden, a relay marathon.

Although most of the members of the ‘team’ start out as novice runners, they do eventually make it to Hakone. 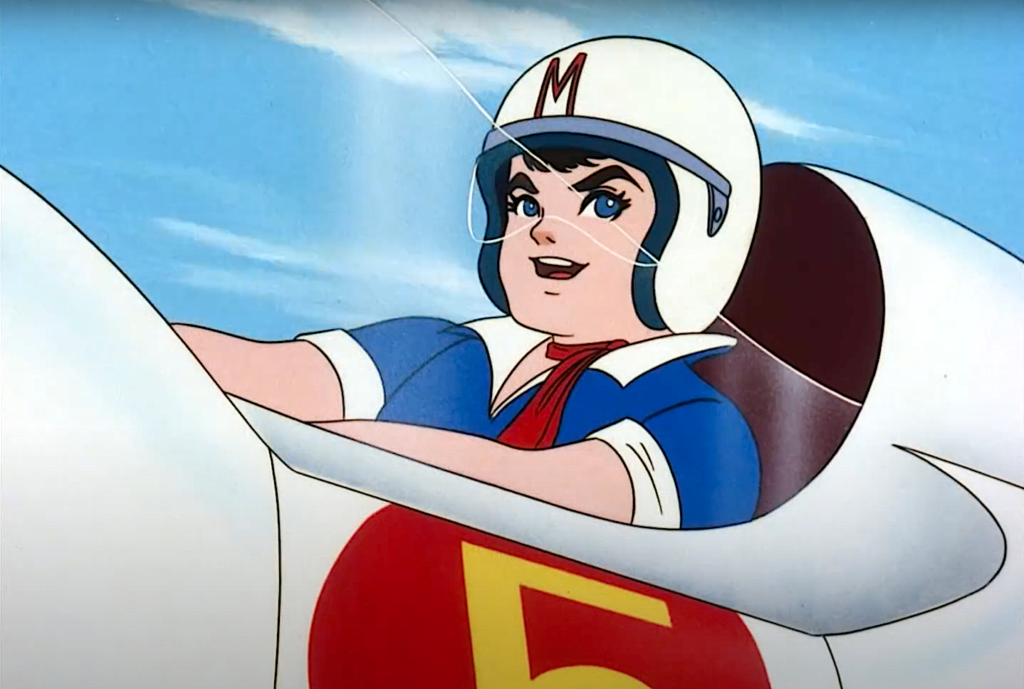 OK, I have to admit that the Mach 5 sometimes creaks around corners, and it doesn’t have the crisp handling of more recent anime series. Can Spritle and Chim-Chim be any more annoying? And the animation’s reputation is notorious.

But this Showa Era anime series is considered to be a classic for a reason. The trick to enjoying Speed Racer today is to find a DVD which features the original, unaltered Mach GoGoGo anime series. Or watch the localization and learn to enjoy the goofiness (which is historically typical of what was produced at the time). Even in the localized version, you will find a compelling story of action and danger both on and off the track.

The series also accurately reflects how automobile companies use racing as a testing ground for bold new ideas.