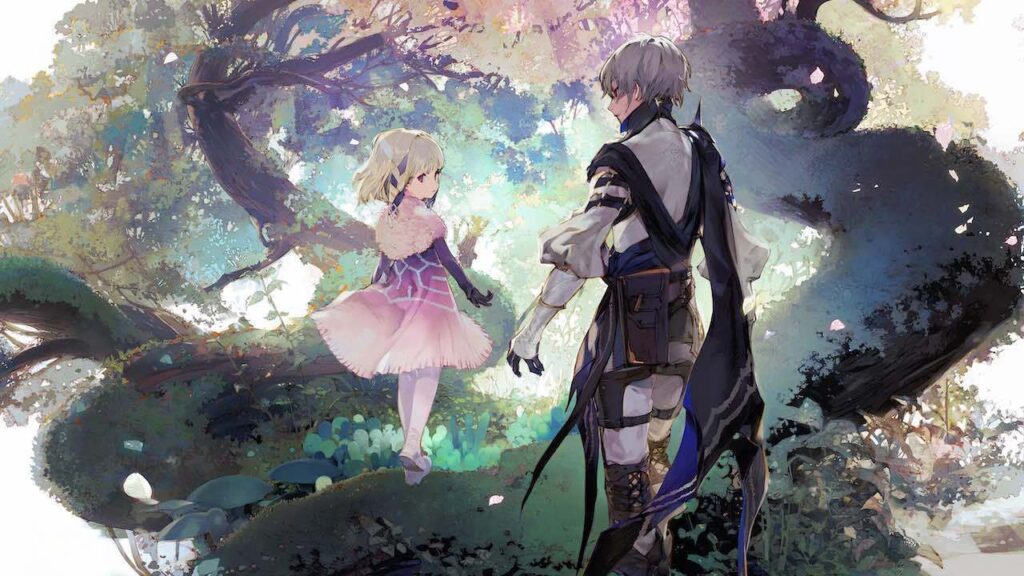 Wednesday’s Nintendo Direct showed off plenty of Japanese games to be hyped about in 2021 and beyond, from the first western release of two Famicom Detective Club titles to the shiny-new entry to the Monster Hunter series. Over 50 packed minutes, fans suddenly found their calendars filled with release dates. The Switch is a console not to be underestimated, clearly, as numerous ports and remasters also found their way into the fray.

But as the console’s library continues to grow, more and more fantastic titles made in Japan are being buried beneath AAA releases and more recognizable, revamped classics. We want to give credit where credit is due, and these games won’t disappoint. There’s something on this list for everyone, whether you’re looking for a JRPG or a title that lets you create your own mech. (Yeah, really.)

These are 7 highly underrated Japanese titles you can grab on the Switch NOW. 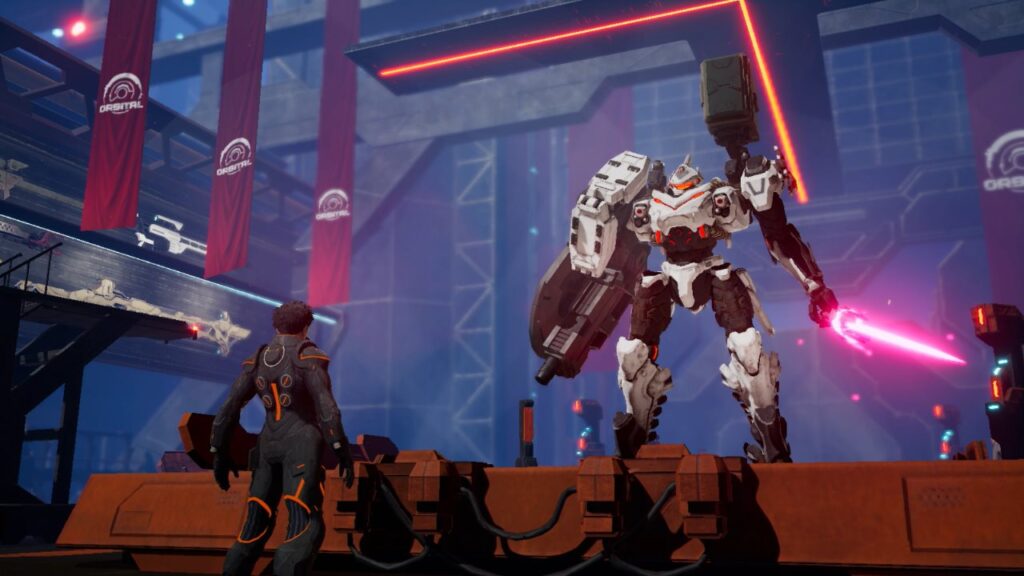 A game which allows you to build your own mech? How is this not the best-selling title on the Switch EVER? Developed and published in 2019 by Marvelous (No More Heroes, Story of Seasons), Daemon X Machina puts players into the shoes of a highly customizable Arsenal mech commander, ready for battle. Each time you defeat a mech, you can scavenge its wrecked body for parts or weapons, all used to enhance your giant robot of choice. With a co-op mode and game design by Shoji Kawamori, the creator of Macross, this is a title made with love for fans of mecha. If you’re on the fence, a demo is available on the Switch now. Get building! 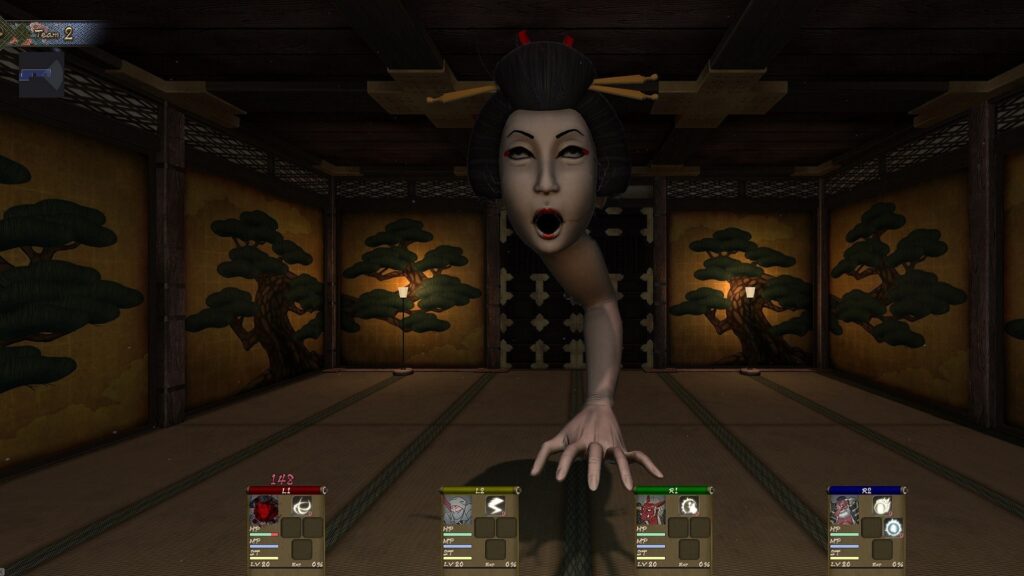 Dungeon crawling is a genre we know and love, but dungeon crawling against nightmare-fuel creatures from Japanese folklore? Now THAT’S niche. Haunted Dungeons: Hyakki Castle gives us Commodore 64 vibes, taking us back to a time where flashy graphics and the perfect soundtrack weren’t necessary to have a truly terrifying experience. Exploring maze-like dungeons with a split party, the game may suffer from some pacing issues, but it’s hard not to commend something so entirely unique in 2021. For the low price point, it’s definitely worth picking up. 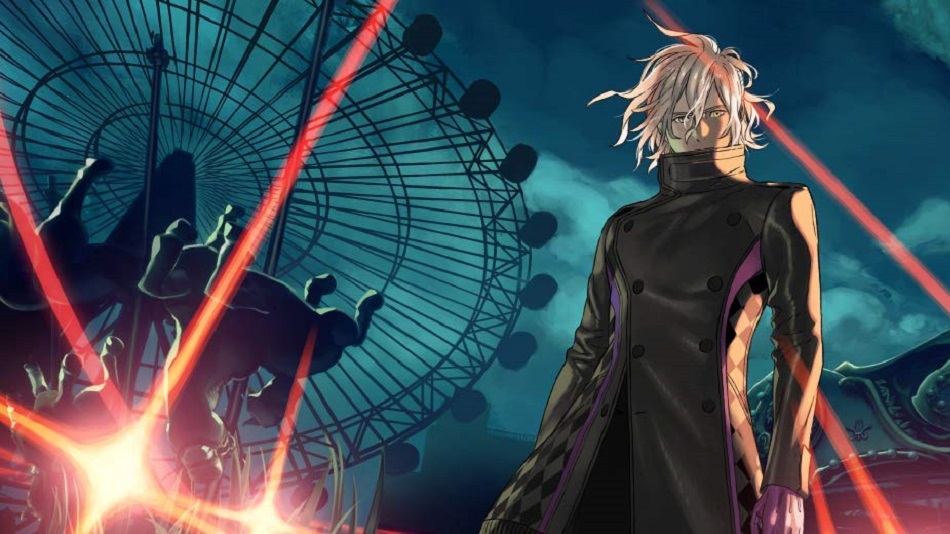 Developed by Spike Chunsoft (Danganronpa, Zero Escape) and released in late 2019, is a very well-written mystery adventure set in Tokyo: detective Kaname Date investigates a series of murders, entering suspects’ memories to get his information. With multiple endings, every choice you make is vital; and each time our handsome main protagonist enters the psyches of his suspects, he only has a brief period of time to get what he needs before the mindscape collapses. Puzzles and exploration play a huge part in the title, making it a novel storytelling experience, and something you won’t soon forget. 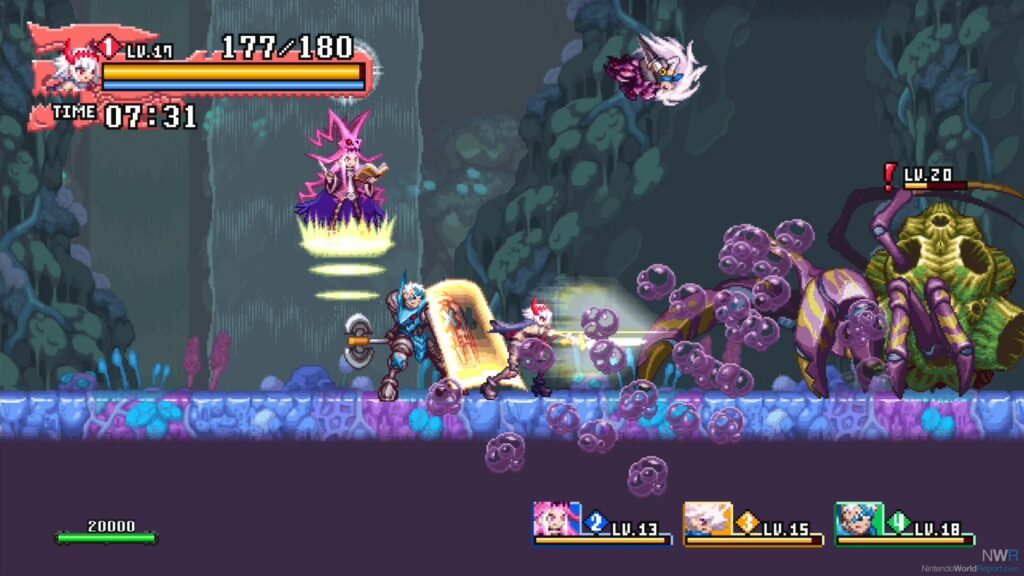 Sometimes you just need a good ol’ fashioned side-scrolling beat-em-up title with all the grinding you could ever want. 2019’s Dragon Marked for Death brings all of that and more, throwing in some RPG elements for good measure, asking characters to take on side quests to up their stats and giving a wide choice of unique equipment. With smooth transitions and satisfying game play, it’s the perfect thing to pick up after a tough day: somewhat mindless (in the most positive sense), and just simply… fun. Isn’t that what games are supposed to be anyway? 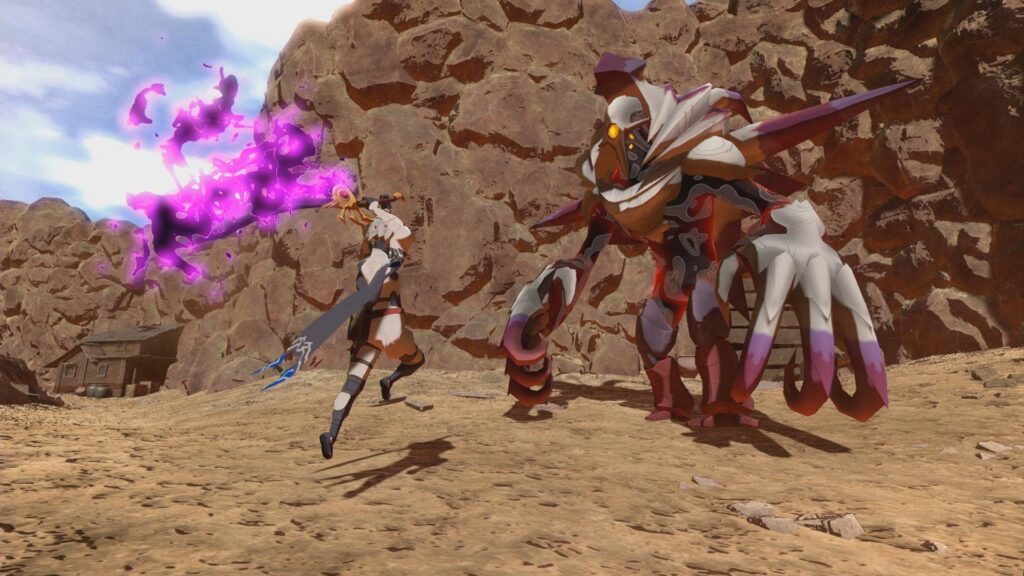 Slap Square Enix on anything and it will sell. At least, that’s what we expected to happen with Oninaki, the 2019 RPG developed by Tokyo RPG Factory. The game received somewhat mixed reviews, with some calling it gorgeous and distinctive in the genre, while others say it’s stiff and slow. It’s a title you’ll love or hate, the general belief being that a lack of polish doomed the game to never rise to the level of other RPG greats on the console. But there’s plenty here to enjoy: the music is strange for an RPG, more atmospheric with certain songs never repeating, and the creative producer, Takashi Tokita, was the director of Chrono Trigger and Parasite Eve. How can you say no to that? 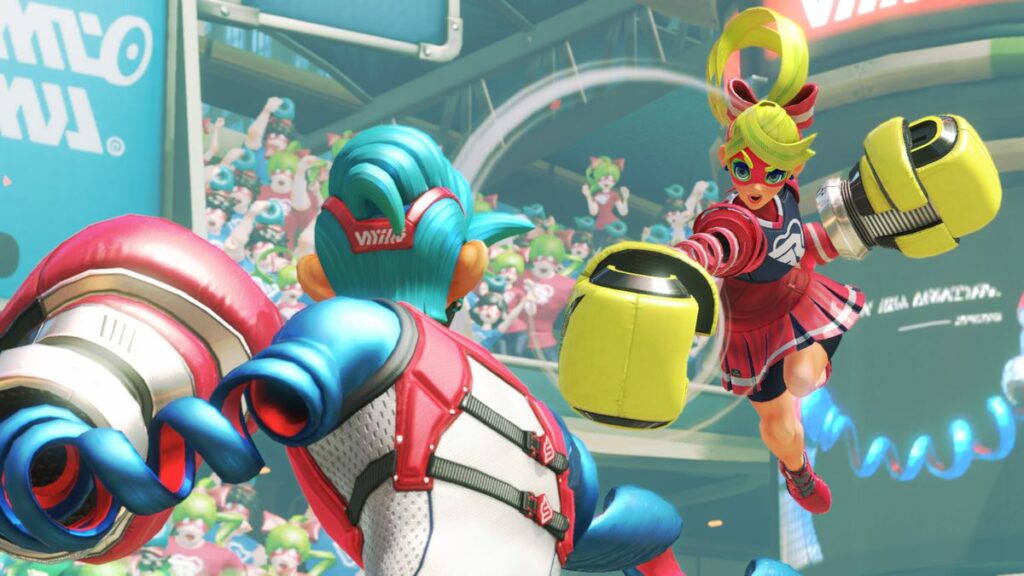 Nintendo has plenty of fighting games to choose from (one comes to mind immediately) but Arms is something special. Hitting the switch in 2017, your character doesn’t need to get within close range to attack: in fact, long-range attacks are the name of the game (literally!) Four players can step into the ring at once, with highly customizable arms to use to knock out opponents and look cool while doing it. While it’s sold very well over the past few years, it often gets buried beneath more recognizable titles, but it’s definitely worth grabbing, especially if you’ve got some friends to challenge. 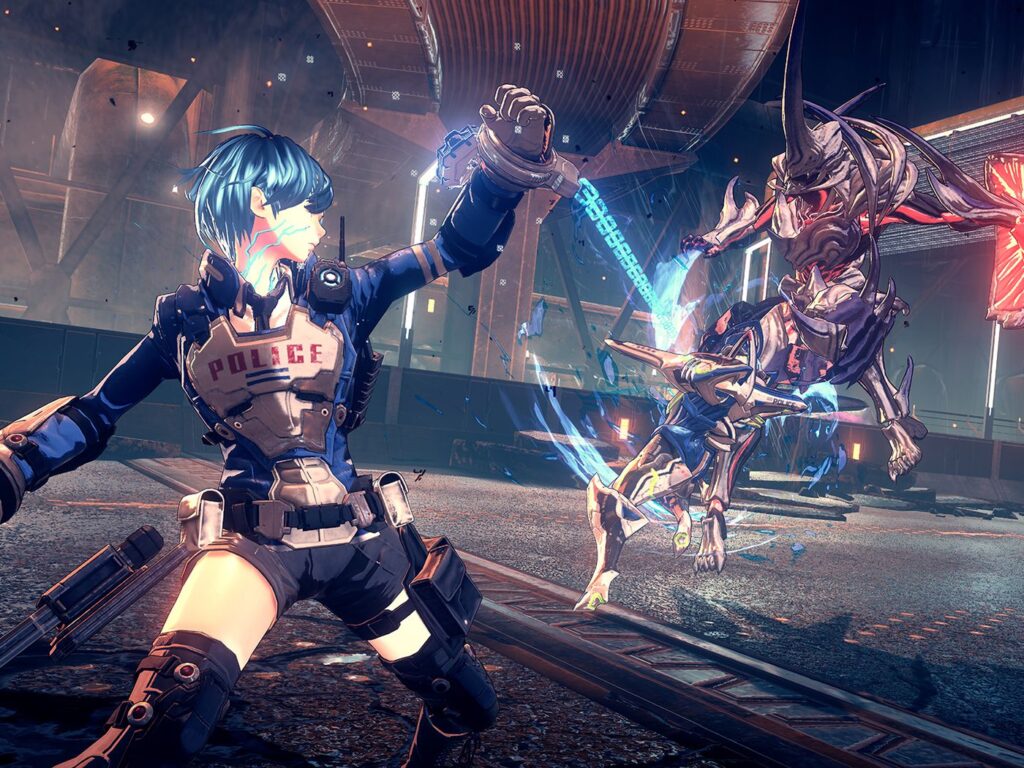 Released in late 2019 by PlatinumGames (Bayonetta, Vanquish), Astral Chain seemed to have the perfect ingredients to become a fan favorite. Directed by Takahisa Taura, the lead game designer for the now legendary Nier: Automata, with character designs by Video Girl Ai and Zetman manga artist Masakazu Katsura, it wasn’t a throwaway title. Taking five years to develop and filled with hack-and-slash goodness with a blend of cyberpunk style and anime attributes, it sold quite well, yet it isn’t often mentioned in the same breath as other popular titles for the Switch. As a player, you’ll take on the helm of a police officer on a doomed planet, utilizing a psychic link with your chimera to battle the forces of evil in a highly fleshed out game world. And damn, it’s just a good time.

Did we leave any off the list? Do you have some opinions about the games above, either positive or negative? We’re totally interested in what you have to say, and with your help, we may be able to create a part two, filled with even more obscure Japanese titles. Head over to our Facebook, Twitter, and Instagram pages and let us know your thoughts.

Tons of OTAQUEST readers and staff are also always available to chat on our Discord! We’d be so thrilled to see you there. Come help our community grow!