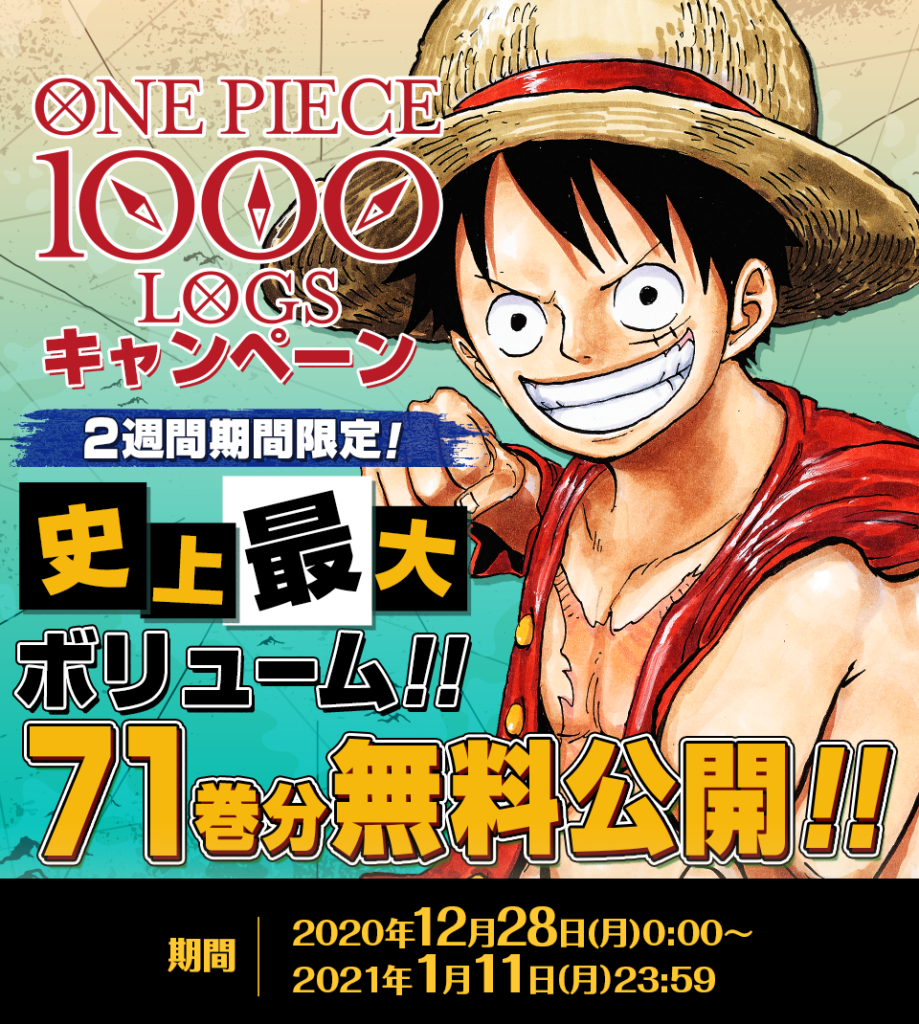 With the 1000th chapter of One Piece quickly approaching, Shonen Jump has made the first 711 chapters of the pirate comedy-adventure series available at no charge. Or put another way, you can now read Volumes 1 through 71 of the manga online for free, and you don’t have to be a pirate to do it.

There are some catches. The chapters will only be free for two weeks, from Monday 28 December through the end of 11 January 2021. You don’t have to be in Japan to be able to flip through the online pages. However, you do have to be able to read Japanese to fully understand the stories, as they don’t offer English translation.

Still, that’s a lot of Eiichiro Oda manga to appreciate in just two weeks. If you’re a One Piece anime fan, you should recognize many of the manga stories just by looking at them.

If you don’t like the organization or design of the Shonen Jump website, you can also find the free manga chapters at Shueisha’s Zebrack manga website.

1000 Chapters of One Piece Manga

The free manga chapters are being offered as a One Piece 1000 Logs campaign.  As we reported a couple of days ago, the One Piece 1000 Logs website is still locked into a countdown timer.  Frankly, it’s a bit hypnotic to watch all of that One Piece artwork as they count down to the 1000th chapter.

Incidentally, chapters 712 through 984 are also available online, but not for free.  One Piece chapter 1000 is expected to come out on 3 January 2021.