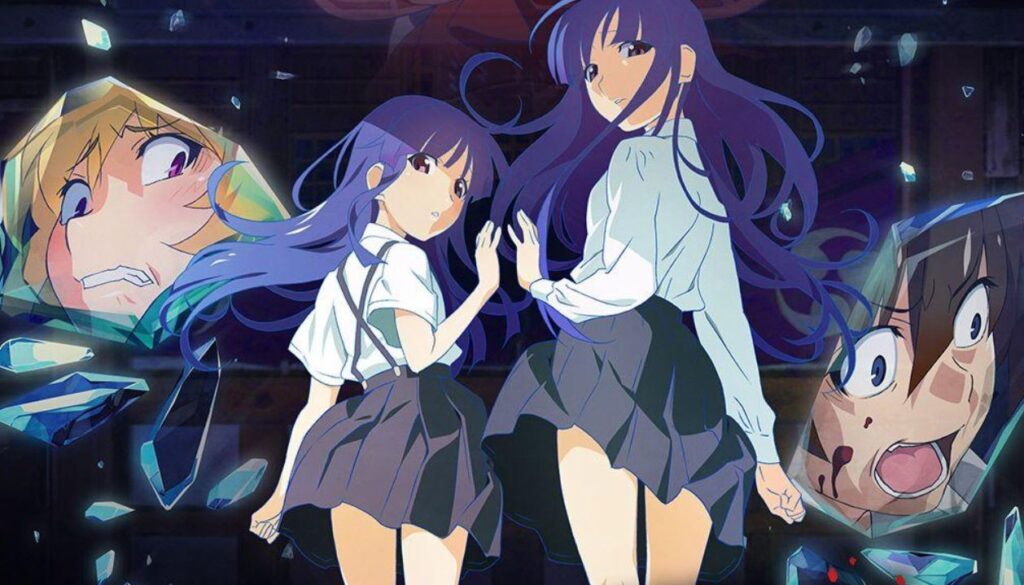 When Higurashi: When They Cry – Gou wormed its way into last year’s anime lineup, I didn’t pay too much attention, though I did marvel at the new character designs provided by the legend of the Monogatari series Akio Watanabe. I had only ever watched the very first season of Higurashi way back when the now-defunct Geneon Entertainment released that bad boy on 30-dollar discs for 4 Higurashis episodes. The company folded before they could release Higurashi When They Cry – Kai meaning those sticking to legal methods for anime consumption were SOL for about a decade.

In the interim between Kai and Gou, initially billed as a remake, Sentai Filmworks would release the entire classic Higurashi, which you could buy for a staggering 17 dollars during one of their bi-yearly big sales. Incomparably good cost performance compared to those Geneon DVDs, but now being a real adult the window of opportunity of me being a ‘Higurashi Guy’ had passed… or so I thought.

When the posters for this year’s Higurashi: When They Cry – Sotsu rolled around, a direct continuation to last year’s relaunch of the 00s cult classic, something tickled me. Seeing Satoko and Rika, the youngest of the main cast, aged up several years in the Sotsu poster weighed on my brain. How could they possibly do a ‘years later’ take on the story? Why doesn’t anybody look particularly happy with each other? Did Gou have an increased focus on Satoko, as Sotsu’s poster seemed to imply her and Rika would be the main characters this time around in the story…

Having never figured out how OG Higurashi resolved, and only vaguely remembering some of the greater-story tidbits offered in that very first series, I now had to bite the bullet. I had to find out why all of those teenagers and tweenagers kept offing each other Danganronpa style.

Here, I ran into a time problem. The original Higurashi ran for 26 episodes and its rather necessary follow-up Kai clocked at 24. Even skipping a few of the lesser OVAs, Rei adds another 5 to the count, bringing you to Gou’s 24, totaling at 79 Higurashi episodes to watch, not including some of the most superfluous entries. Couldn’t think about bringing Umineko into the mix either.

With Sotsu soon approaching, I felt like I needed to blast through Higurashi or I’d never actually finish it; For whatever reason, all or nothing is the only way to go into edgy murder shows, and edgy murder there was! Over the span of eight or nine days, I knocked back When The Cry like cheap beer, mainlining each grizzly murder and torture scene with no time to catch my breath in between the blood showers.

After 80, okay 79, Higurashi episodes consumed in about a week, you might be wondering if I still have a claim to my sanity. Am I plagued by nightmares? Is some part of my soul caught up in the brutality-filled When They Cry time loops? In some alternate reality, did Rena lop my head off with her… whatever weird knife that thing is?

No… Sadly, the worst part about freebasing so much of this show was that both its shock value and the greater story ran thin by the time I got to Gou. You can only witness the same characters killing the same characters so many times in nearly identical set-ups before you simply feel nothing. Resident Higurashi lover Jacob has extensively written about Gou and how it lacks, and going into with its predecessor fresh in mind, I too wasn’t won over.

You can watch Higurashi: When They Cry – Gou and Sotsu on Funimation.