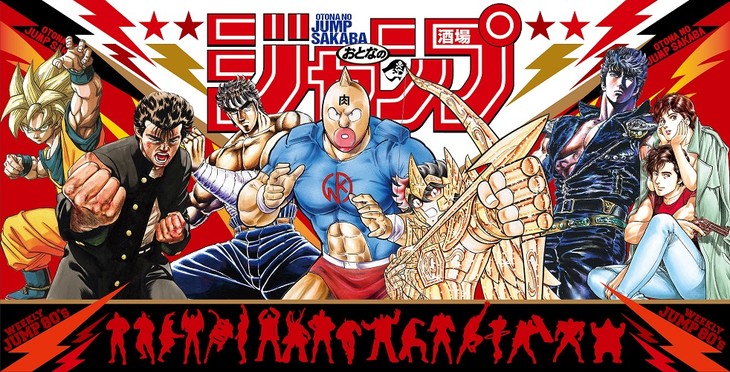 The manga of Weekly Shonen Jump holds a special place in many people’s hearts, and those who grew up in the heyday of the magazine during the 1980s are no exception. That’s why Jump’s classic 80s manga are inspiring the new themed tavern Otona no Jump Sakaba in the infamous Kabukicho, where you’ll be able to eat, drink and revel in Jump nostalgia all at the same time.

WaMall, who own and operate several high-rise buildings for restaurants and bars in the Tokyo metropolitan area, are putting together the Otona no Jump Sakaba tavern in one of their buildings located in the red light district of Kabukicho.

Such a location no doubt informs the self-proclaimed ‘adult’ (otona) nature of the Otona no Jump Sakaba, as well as its evocation of older Jump series for its menu and decor.

The series that the new eatery will be calling upon are varied, but nevertheless iconic. These include the recently returned Kinnikuman, City Hunter, Saint Seiya, Dragon Ball and Fist of the North Star.

Other, lesser-known series in the West such as Sakigake!! Otokojuku and Rokudenashi Blues will also form part of the Otono no Jump Sakaba’s core theming.

These classic 80s Jump manga are inspiring the menu of the eatery, the effects of which can be seen below: 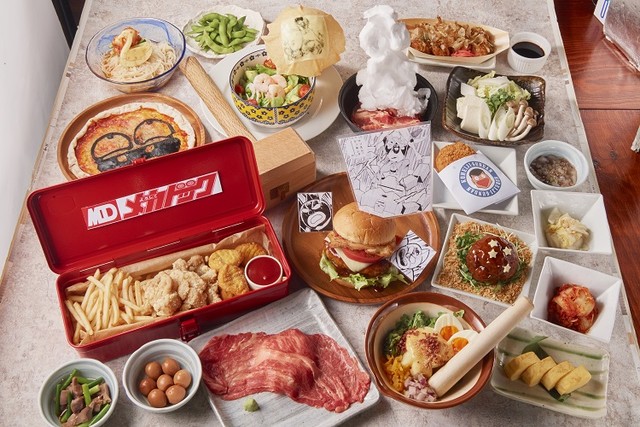 You can make out such themed foodstuffs as a Kinnikuman burger, what looks to be a Dragon Ball meatball, alongside more regular dishes such as takoyaki and edamame.

Given that Otona no Jump Sakaba is a ‘tavern,’ you’ll, of course, be able to wash all of this delicious themed food down with copious amounts of alcohol.

Be warned, though; this may bring on a serious nostalgia attack wave if you’re not careful – especially given that the whole place will be decorated in an 80s Jump style.

While eating and drinking, you’ll be surrounded by ‘murals’ to the various series featuring some of their iconic artwork, ‘giant figures’ of their various characters, and even authentic contemporary copies of the Weekly Shonen Jump magazine from the 80s.

Otona no Jump Sakaba is also promising more collaboration menus to come in the future, meaning that the already attractive menu will be bolstered over time.

Time is of the essence, however, as the tavern will only be in business for a limited time of one year from its grand opening on July 11. Check out the official press release for more details.