Fang of the Sun Dougram (Taiyou no Kiba Daguramu), one of SUNRISE‘s first mecha anime series after they completed their work on Mobile Suit Gundam, is getting a new manga. Yasuo Otagaki is going to be lending his pen to create the new story, which will be part of the 40th-anniversary project titled Get truth Taiyo no Kiba Dougram.

The new manga will launch in Shogakukan’s eBigComic4 manga website on 28 May. Ryosuke Takahashi, the director of the original 1981 anime series, will supervise the production. 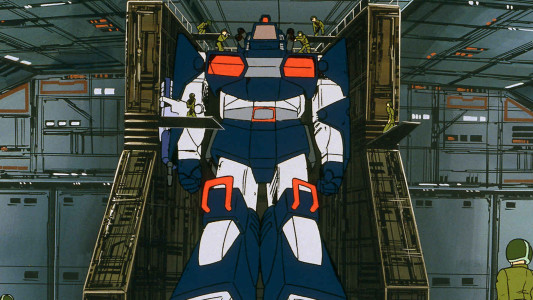 If you’re unfamiliar with the original Dougram series, here is a quick rundown:

Malcontents on the Deloyer colony agitate for the independence of their world from the Earth Federation. In an unexpected coup, the elected Governor declares martial law and sets himself up as absolute dictator. With the approval of the Federation, he rules the planet with an iron fist. In reaction, a ragtag group (including the governor’s estranged son) rises in open rebellion, using a powerful prototype Combat Armor: the Dougram. Their goal is the end of the dictatorship and total independence from the Federation’s influence.

It will be interesting to see how the new Dougram story will play out and just how many references to the original 1981 series it has. As of the time of this writing, there is no announcement of an English release.