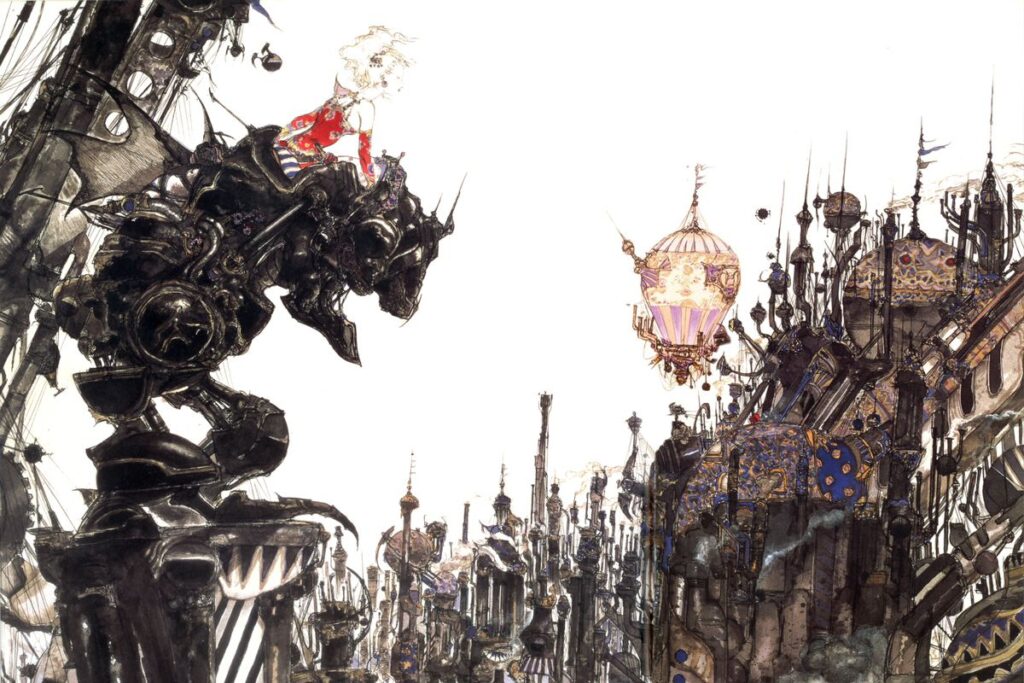 JRPGs have developed into an increasingly powerful force in the gaming industry over the past three decades, but their journey to the west hasn’t always been so simple. Fans were treated to some legendary titles during the late 90s and early in the new millennium, such as Final Fantasy VII and Legend of Zelda: Majora’s Mask. But soon after, the genre seemed to grind to a halt on this side of the world, with releases few and far between.

It’s easy to point to Persona 5 as being a massive catalyst for the mainstream JRPG resurgence, alongside Nier: Automata and Dragon Quest VIII. Now, it seems each year brings more and more of these titles to the forefront, no longer sitting in the background, but making on the tops of game lists across the board. The genre is here to stay, and fans are making their voices heard, letting Japanese publishers know that localization isn’t optional. We want these games. We’re invested. We’re ready to experience stories we haven’t had the chance to experience before.

As you wait for Persona 5 Strikers, Bravely Default II, and Nier Replicant to drop, now’s the perfect time to jump into some more classic JRPGS. Whether you’re new to the genre and just dipping your toes in, or you’re a seasoned veteran who needs a brush-up, these are titles that never go out of style. And the best part? There’s no need to surf eBay or brush off your Sega Saturn to find these games. They’re all available on console or PC.

1. The Legend of Heroes: Trails in the Sky 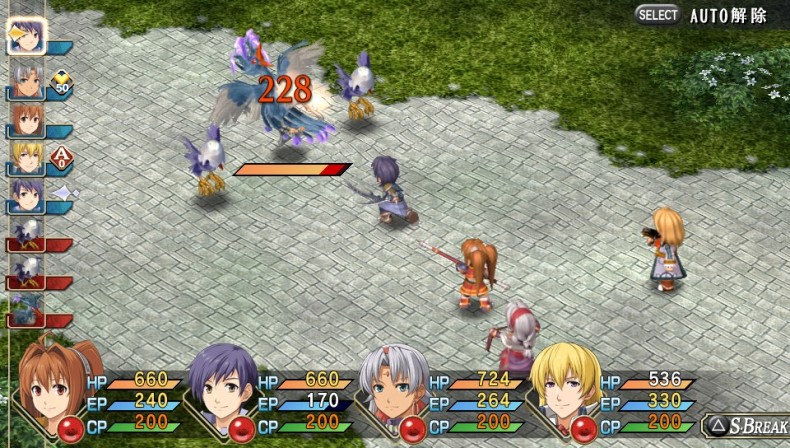 The first title in the Trails series, The Legend of Heroes: Trails in the Sky marked the beginning of Nihon Falcom‘s best-selling series. Released in Japan in 2004, the game didn’t come west until 2011, due to the incredible mass of text needing to be translated and localized. To this day, it’s applauded for both its expert character writing and curiously familiar steampunk setting, said to be inspired by the Studio Ghibli film Castle in the Sky. Fans of extremely customizable turn-based combat and lore-heavy exploration will feel quite at home here.

You can pick up this now-legendary JRPG on Steam or GOG. 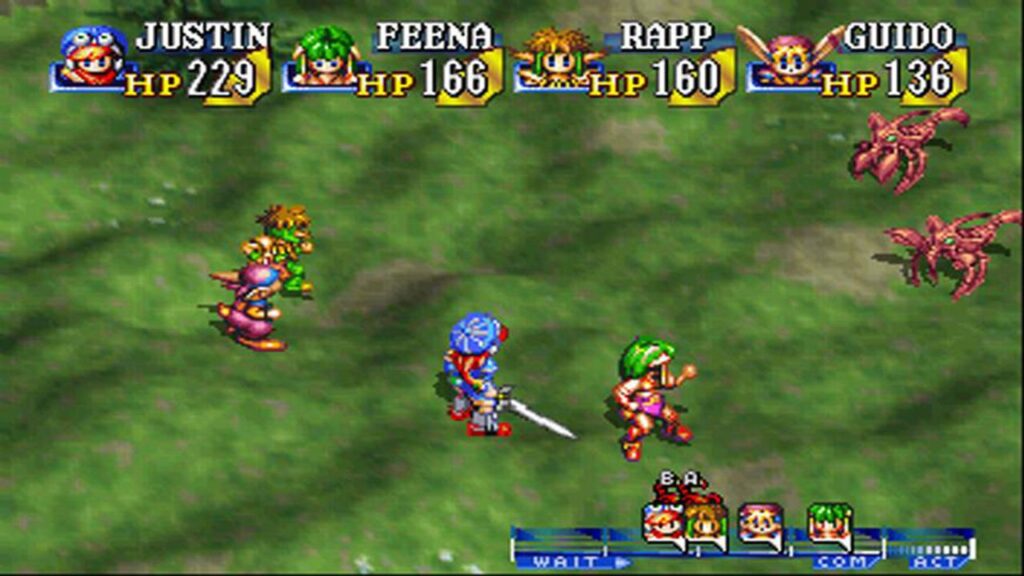 Lunar was an incredible JRPG, released by Game Arts, the same company that went on to make the Grandia series. The problem? Lunar was released on the Mega CD, a console which didn’t exactly hit it big. When Grandia came onto the scene on the Sega Saturn in 1997, it wowed audiences with its character designs and soundtrack developed by Noriyuki Iwadare of Phoenix Wright fame. Getting an English release in 1999, it never quite reached the heights of other JRPGs of the time. Now, new audiences are discovering their charm and are setting off on an adventure to uncover the mystery of an ancient civilization.

The entire Grandia HD Collection is available on the Switch, including both the first and second titles. 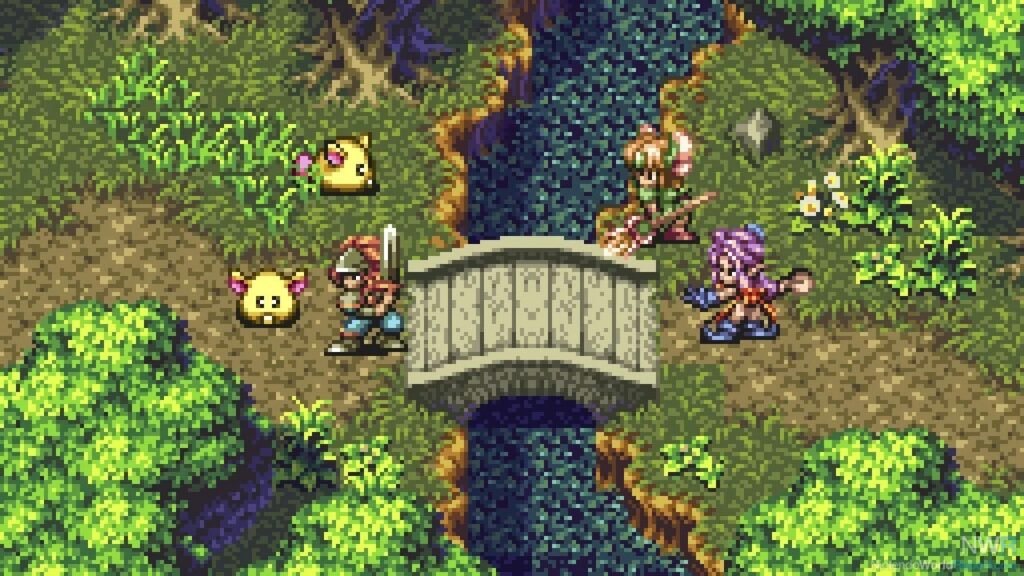 A cult masterpiece for the SNES, Secret of Mana takes place in a high fantasy world, following a cast of characters seeking to restore balance after an evil force uses the ethereal energy source ‘mana’ for evil. Curiously, this game is a sequel, with the first game in the series being a Final Fantasy spinoff titled Final Fantasy Adventure for the Game Boy. Upon its US release in 1993, the title was the second-best selling NES game, contributing greatly to the popularity of the RPG genre in the west. It’s likely that you’ve played a game influenced by this Square masterpiece. 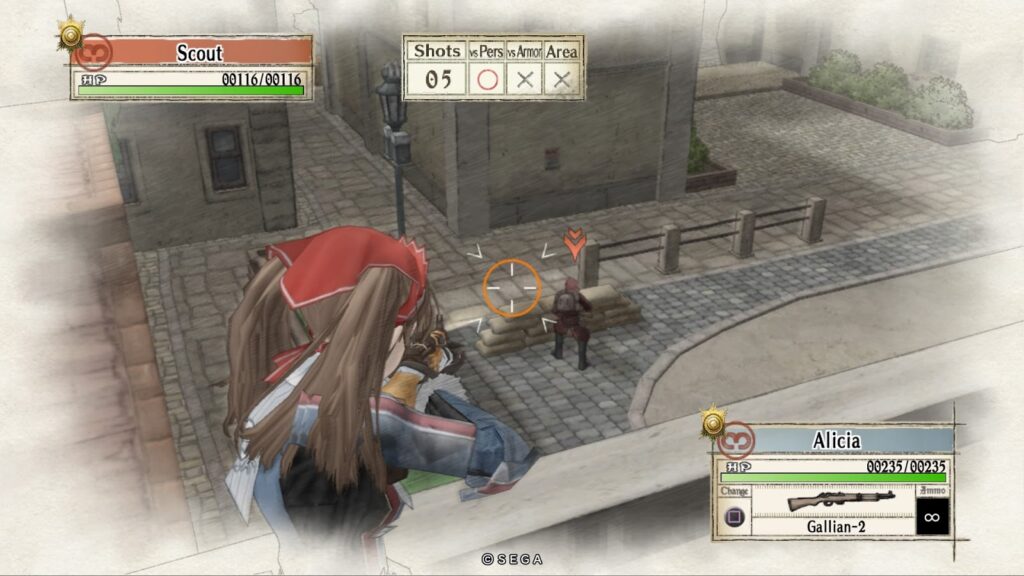 In terms of gameplay, Valkyria Chronicles is a tad different from others on the list. Often called one the best tactical titles, you play as a group of ragtag volunteers setting out to defeat an invading imperial army. Filled with cut-scenes and ample backstory, the game allows tons of customization and upgrading of weapons and squadrons as you place your units appropriately for each battle. If you’re looking for a more challenging experience, this may be the title for you. (Oh, did we mention the amount of explosions? Always a plus.)

The 60 FPS HD remaster is available on PS4 for a steal. 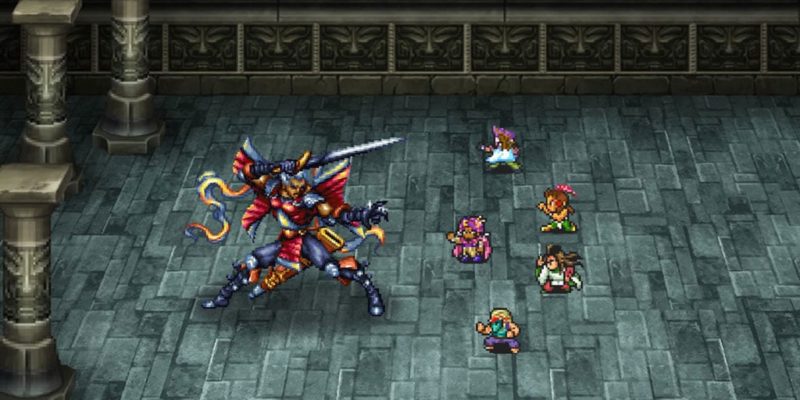 Though this highly esteemed title was originally released in Japan all the way back in 1995, RoMancing SaGa didn’t get an English release until late 2019. Akitoshi Kawazu, the game designer for the first two Final Fantasy games, served as Director, and critics have compared the character development throughout the game to that of Final Fantasy VI (another game on this list, and for good reason.)

The remaster of this beloved title is available on Steam, Switch, PS4, Xbox One and mobile devices. 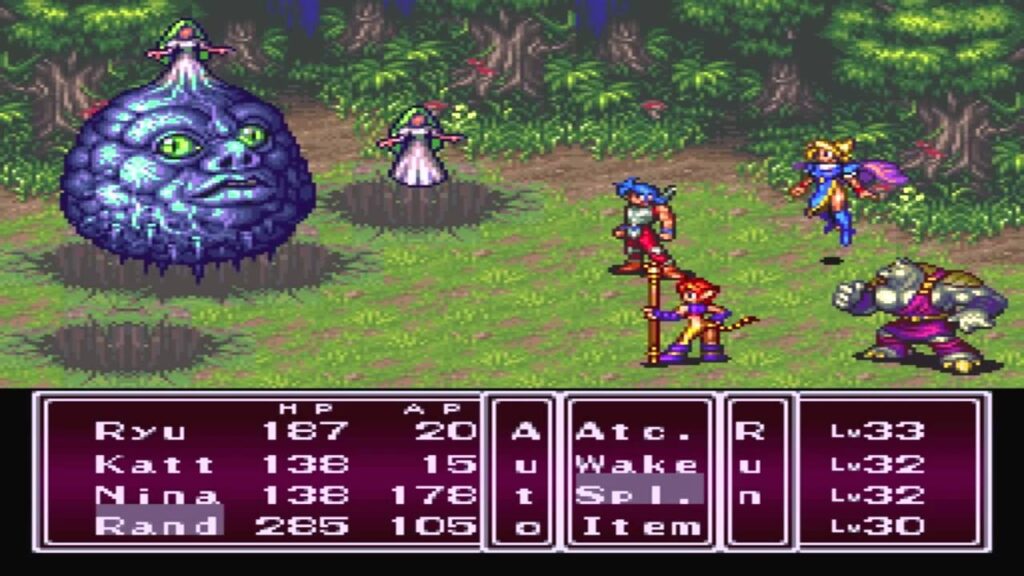 Developed by CAPCOM for the SNES, Breath of Fire has spawned several sequels and spinoffs, all following a man named Ryu and his ability to shapeshift into various breeds of dragons. Set in a medieval fantasy world, this was CAPCOM’s first traditional RPG, with a direct sequel released in 1994. You may remember the Game Boy Advance ports released back in 2001, which just goes to show the series’ staying power.

With a Nintendo Switch Online subscription, you can play Breath of Fire I and II on the console’s Super Nintendo library. 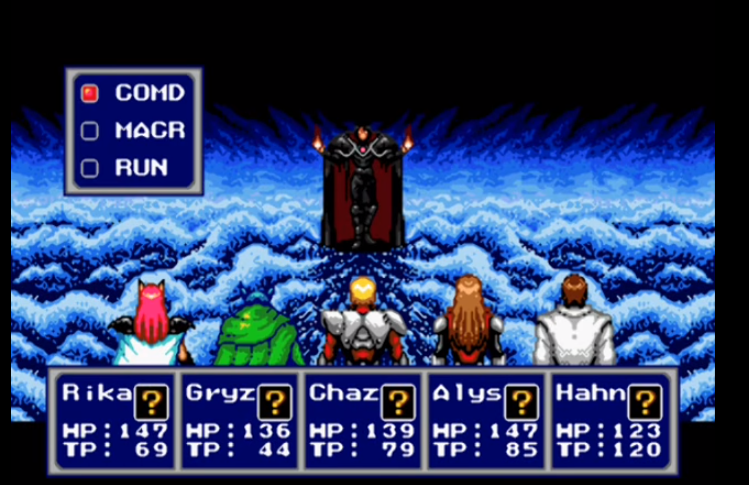 On the more sci-fi side of fantasy, this SEGA title released for the Mega Drive (Genesis) in 1993 in Japan, and is the final game in the Phantasy Star series (though more than easy enough to get into without having played prior titles.) The manga-style panel illustrations present throughout the game highlight a powerful script and gripping story, with retrospective looks at the game heightening it to legendary status. In the past decade, it’s even made it onto ‘Best Game Ever’ lists. 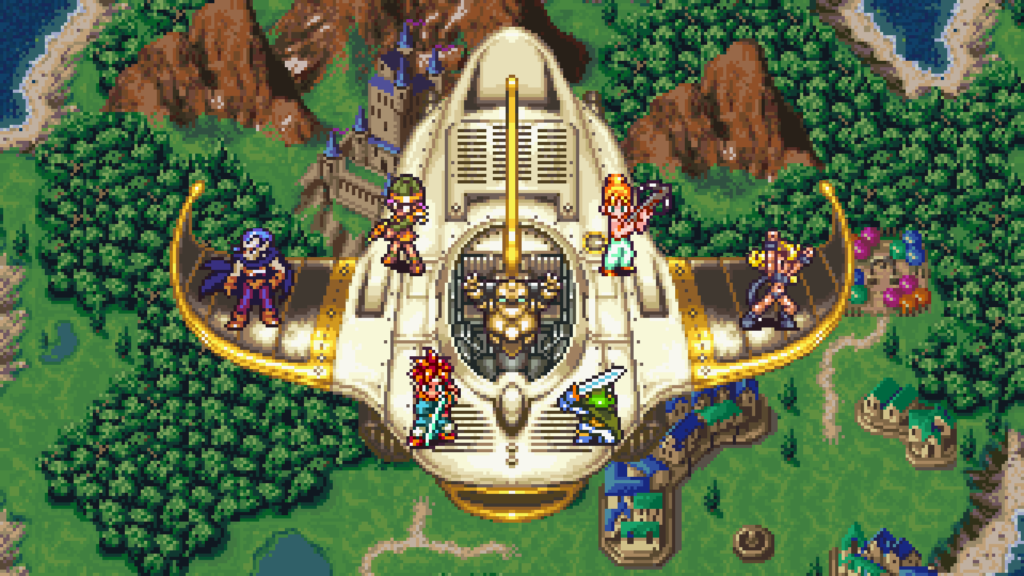 How could we not recommend an RPG developed by Square with character designs by Akira Toriyama? Still called one of the best games of all time, its script was written by Masato Kato (Chrono Trigger, Xenogears) and a soundtrack scored in part by Nobuo Uematsu. Featuring multiple endings, character-driven side quests and gorgeous graphics, Chrono Trigger follows a party of adventurers who travel through time to save the world; a simple plot, and an easy one to dive into.

This Square classic is available on Steam in high resolution. 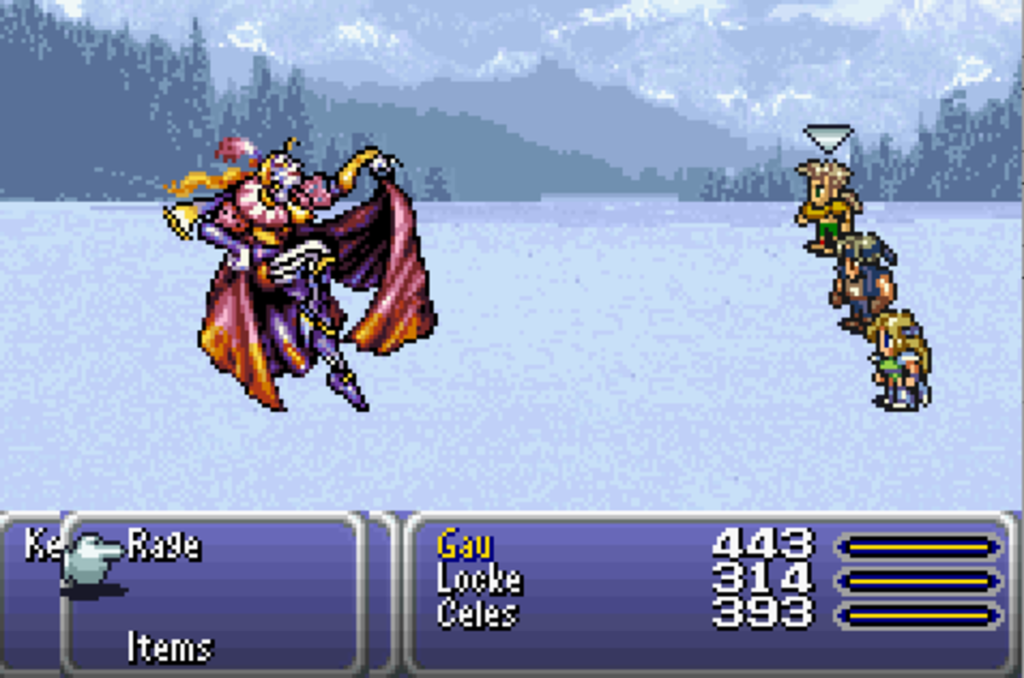 The final game on our list needs no introduction, but it’s worth mentioning that this was the first title in the Final Fantasy saga that WASN’T directed by series creator Hironobu Sakaguchi. Indeed, VI was directed by Yoshinori Kitase of VII fame, and co-directed by XII’s Hiroyuki Ito. With fourteen permanent playable characters, the most of any Final Fantasy game, it set a standard to which other JRPGs were held, and is considered by many people to be the single greatest game of all time.

One of the greatest stories ever told in the Final Fantasy series is ready to play now on Steam.

With each new year, a slew of new JRPG titles are on the docket for western release. Looking back at some of these older titles, we couldn’t be happier that the industry is inviting international gamers to share in some of the greatest stories ever told.

Be sure to join the official OTAQUEST Discord, and let us know which of these is your favorite, or which titles you feel were left out. We’re always up for another adventure.