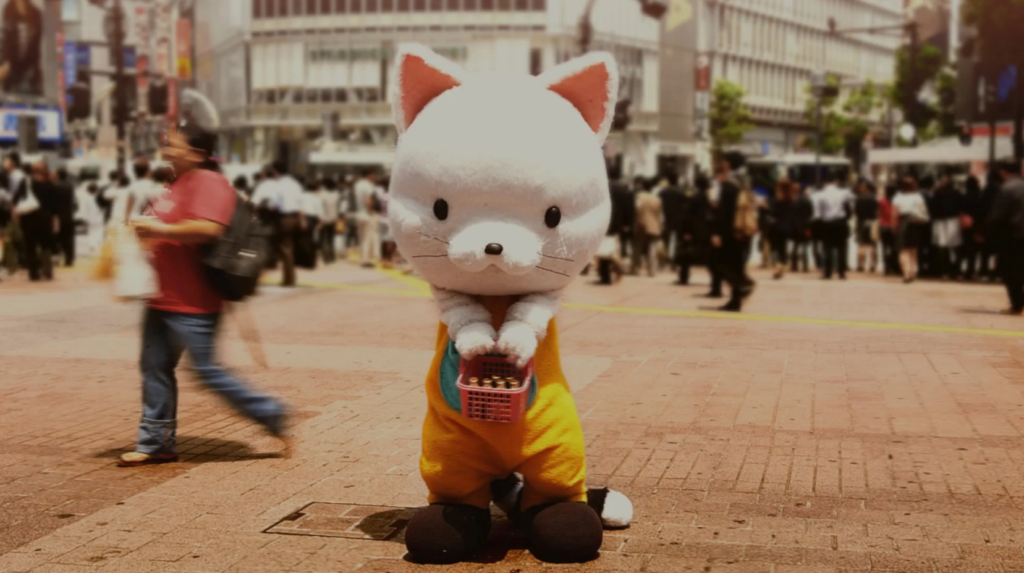 As we begin to shift into a new era of gaming, the west has seen no shortage of beloved Japanese titles from the Playstation 4. But for every Persona 5 and Nier: Automata, there are a dozen lesser-known games lurking deep in the PS catalogue ready to be discovered.

Do you like a specific genre? There’s something waiting for you. Ready to roll and just play something new? This list has something for everyone. From the bizarre and the old-school to a blend of both, here are some truly outstanding games from Japanese developers to spend the weekend binging. 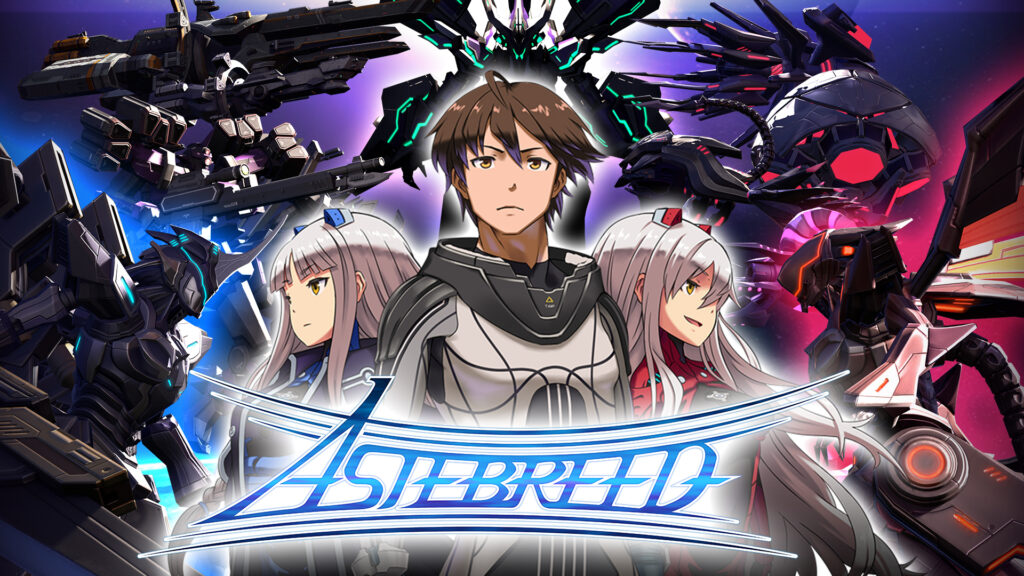 Ignore the anime-esque art style, and get ready for a super satisfying shoot ‘em up. Published by Playism back in 2015 on the Playstation 4 after a successful PC release, players control a Swiss Army mech, capable of shooting, stabbing and special-attacks to bring down enemy projectiles and bring the hurt on the other squad.

Yes, it does have a story, but let’s be honest… a game like this is all about the gameplay, and Astebreed doesn’t disappoint. It’s frantic, it’s intense, the soundtrack is catchy, and it’s also fairly cheap. Warm up your thumbs and jump in. 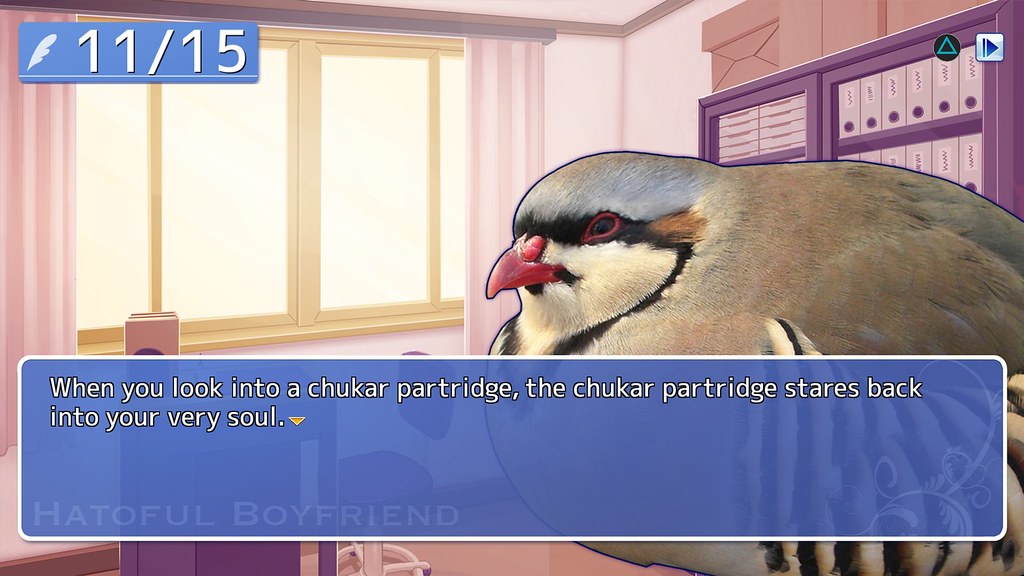 If you’re looking for some strangeness, what’s more suitable than Hatoful Boyfriend? Screenshots of this unique dating sim have been circulating around the web for the last decade, but have you taken the time to truly experience this absolutely ridiculous game?

The only human student at St. PigeoNation’s Institute, players stroll through the halls of the talented bird academy, getting the scoop on blooming couples and finding the pigeon for you. At only $9.99, we’re not sure what your excuse could be to miss it. Odd as it looks, it has some fantastic writing. 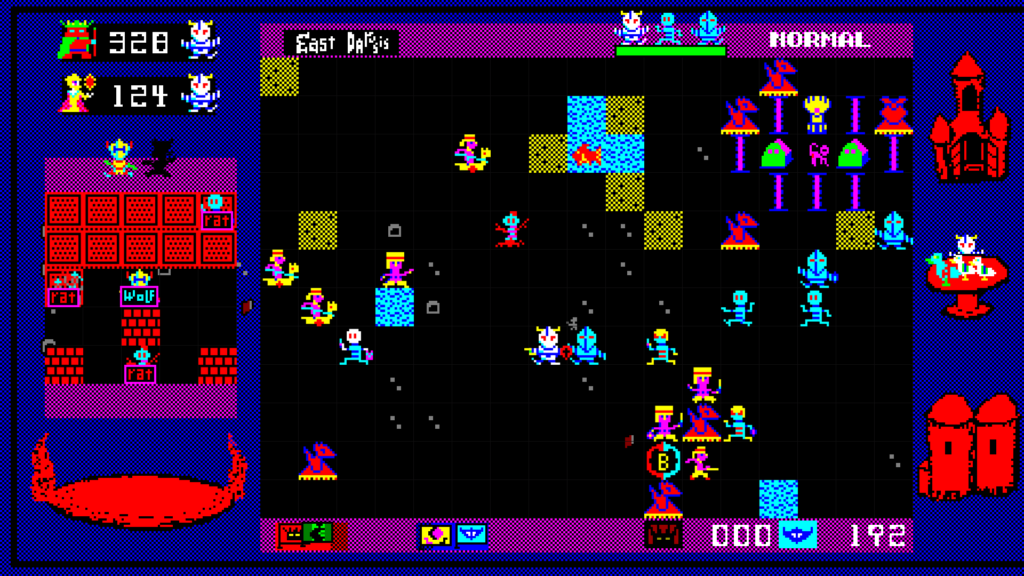 The name might sound familiar: the original Bokosuka Wars dropped in 1983 for the NES, but its legacy is far from over. This is the title responsible for all tactical RPGs to follow, and if you’re feeling a little nostalgic for the 80s, Bokosuka Wars 2 barely updates the original, instead opting to utilize the same abstract color scheme and style from the simpler days of gaming.

With new stages, added story, new characters and a co-op mode, it’s well worth the under $15 price tag. Control your chess-like units, rescue your soldiers, and defeat King Ogereth in style. 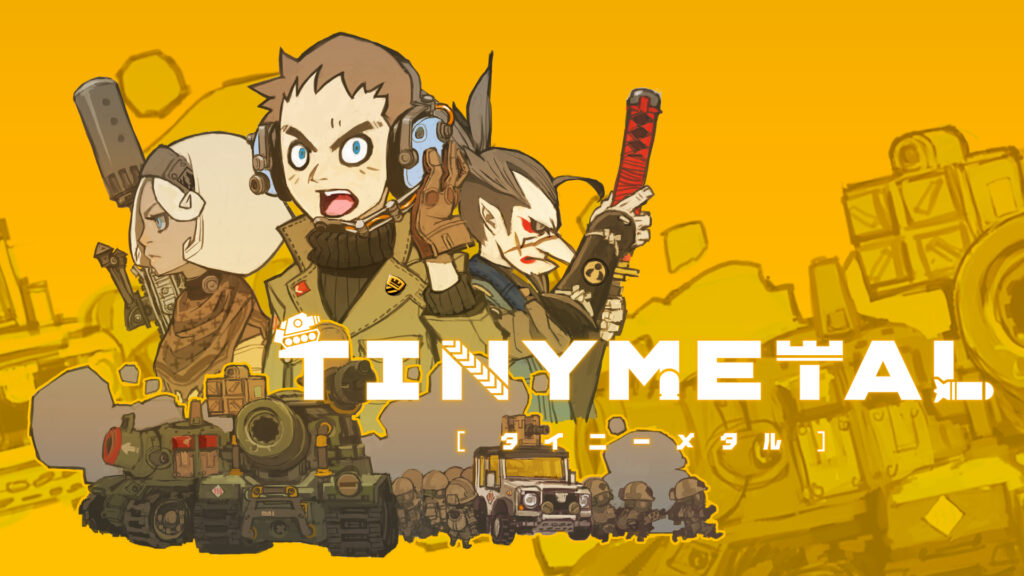 Japanese studio Area 35 pumped up the heat with Tiny Metal, a turn-based tactical title dropping back in 2017. Based heavily on Advance Wars and Warhammer 40,000, it was made by a smaller team, but that doesn’t make it any less impressive. Composed of levels, players need to clear maps of their opponents’ military, or conquer their headquarters in order to achieve victory. Over time, you build your forces, and the difficulty grows, requiring you to make increasingly difficult decisions.

The story isn’t the best, but you’ll forget that as you jump from map to map. 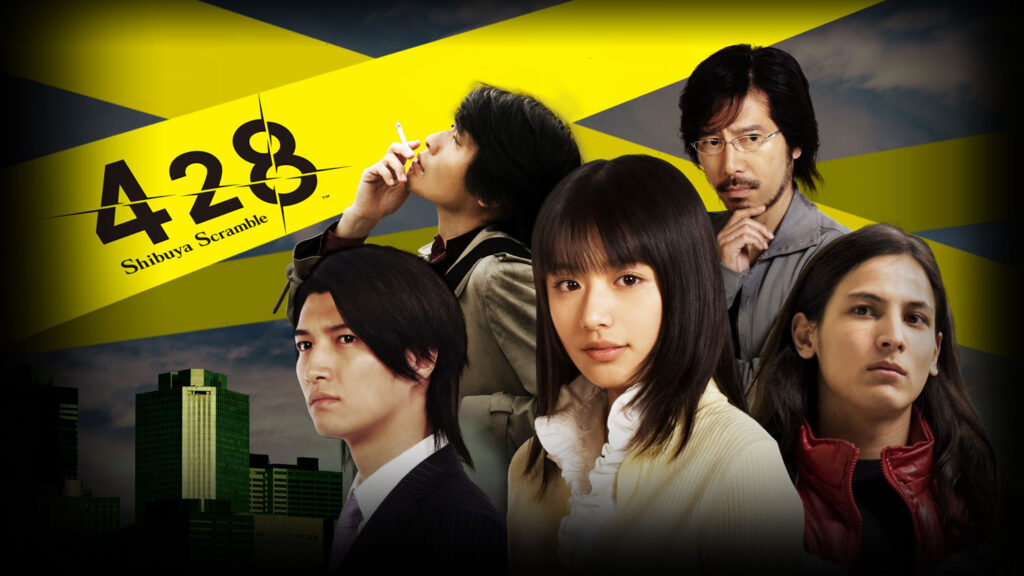 Spike Chunsoft doesn’t typically let us down. 428: Shibuya Scramble is a rather bizarre addition to their game library: a visual novel produced by Koichi Nakamura of Dragon Quest fame, it’s port to the Playstation 4 came in 2018, giving a new generation of players the chance to give it a try thirteen years after it’s initial release for the Wii.

The game received a perfect score from Famitsu, with western critics claiming that 428: Shibuya Scramble is the most persuasive argument ever made for the future of live-action video games. The writing is top-tier, the pacing is perfect, and if you’re looking for a crime story without having to crack a book, this is the title for you. 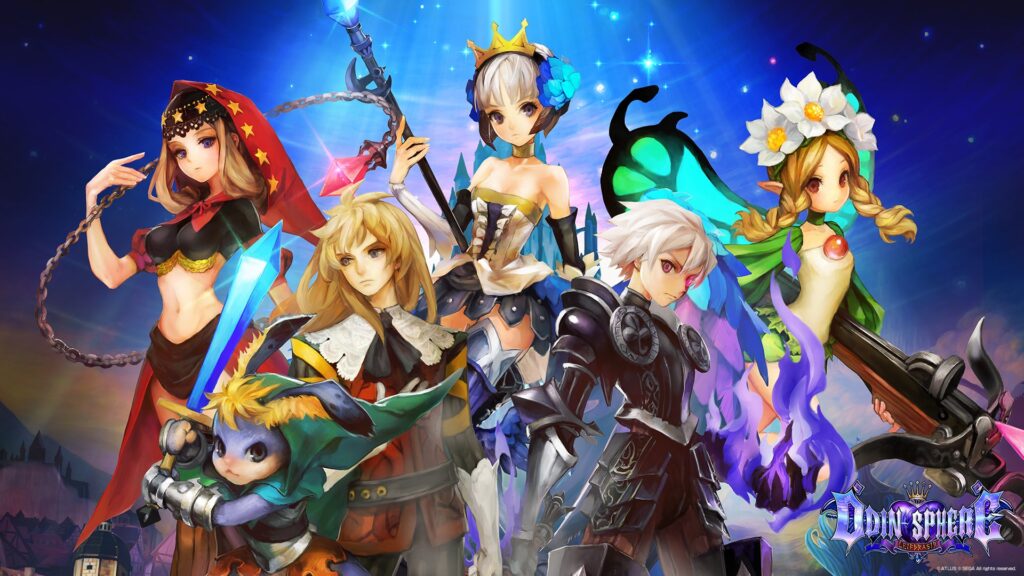 Ignoring the usual nonsensical-sounding RPG title, Odin Sphere Leifthrasir is a bit of a miracle. A remake of Vanillaware’s 2007 title, this sidescroller manages to bring everything lovable about the original to a new-gen console, adding some gorgeous new animation and upping the framerate to make the experience much more enjoyable.

It feels as smooth as butter, and gameplay like this will have you instantly addicted as you traverse beautifully colorful environments causing waves of utter destruction, leaping between physical attacks, magic and potion-throwing. Be warned: you won’t want to put this one down.

Stay with me. The image might make this look like just another stereotypical cutesy throwaway title, and while it may have rustled a few features, Gal Gun does a few things right. The story is silly and absolutely stupid: players fend off waves of cute female classmates using a ‘pheromone shot’ in true rail shooter fashion, in an effort to throw them into euphoria to keep them from confession their feelings to your main squeeze.

It’s actually a good time from start to finish, if you don’t mind the M rating and the sexual implications. Fanservice has its place, and if this is your guilty pleasure, don’t worry. We absolutely won’t judge. 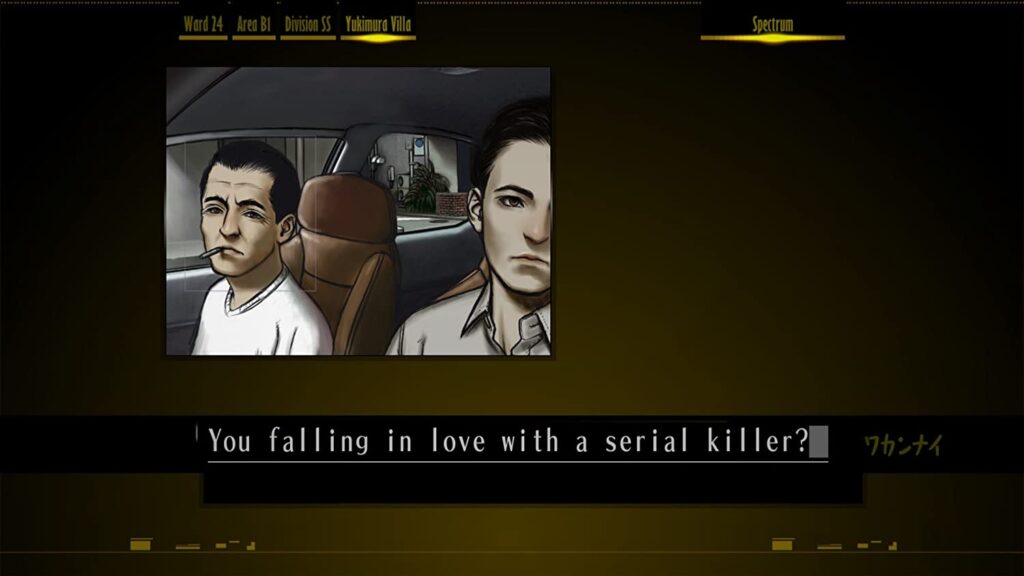 Originally released for the PlayStation in 1999, The Silver Case is a gripping and gritty visual novel developed by Grasshopper Manufacture (No More Heroes) and brought to the PlayStation 4 by Nippon Ichi Software. You’re put somewhere in Japan and asked to solve a series of increasingly strange murders through point-and-click mechanics and layers upon layers of text.

The writing is unreal, and as the story progresses, there’s an increased sense of panic which builds and builds, the atmosphere impressive for such a simple title. Director Goichi Suda (Moonlight Syndrome, Fatal Frame) certainly doesn’t disappoint with his terrifying vision. (And don’t miss the Switch release either!) 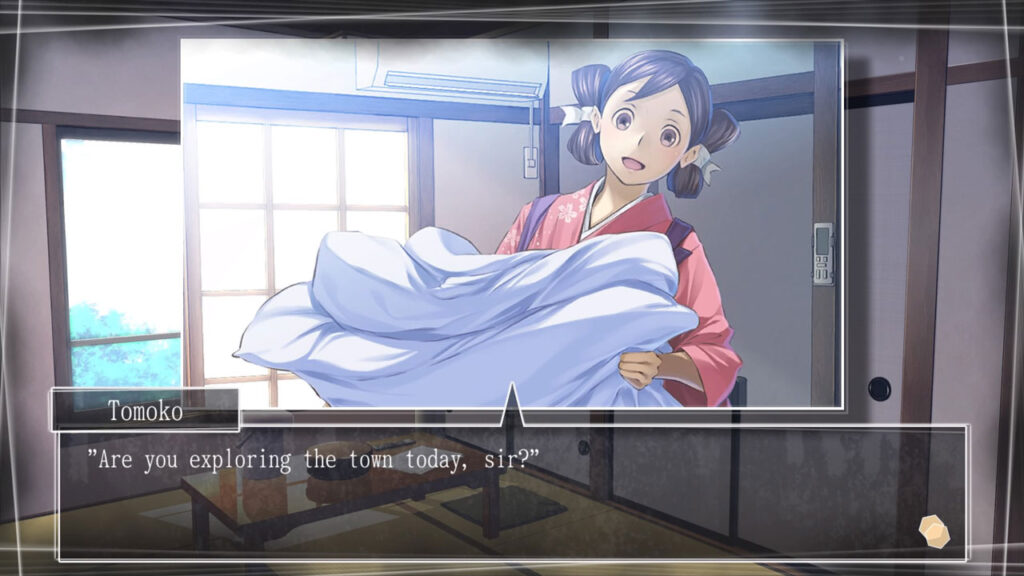 Japanese studios know how to do visual novels well, and we won’t apologize for including another on this list. A revamp of a 2016 title, Root Letter: Last Answer asks players to discover what happened to the missing Aya, interrogating characters and partaking in past simulations with the lost girl.

The remake adds live-action sequences and additional content, including multiple endings, and amazingly, an American film adaptation is currently being shot and not just talked about. How that will end up we don’t know, but the story must be pretty damn interesting to lead to it. Give this one a shot.

Have a favorite Japanese title not on our list? Want to convince our community to play your favorite underappreciated game? Join our community over on Discord and speak up! Also, don’t forget to stay up to date with all the newest Japanese pop culture and subculture news by following us on Facebook, Twitter and Instagram. Let’s keep growing the best community on the web.