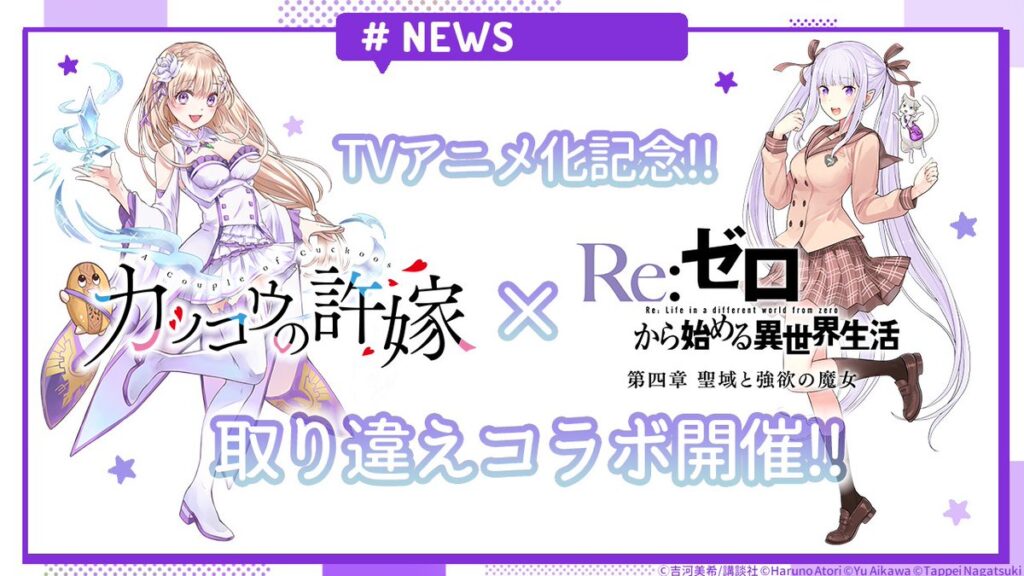 Somehow, A Couple of Cuckoos has managed to secure yet another ‘impossible’ collaboration: this time with the Re:Zero manga series.

Ostensibly, this is meant to celebrate the recent announcement that Miki Yoshikawa’s record-breaking manga would be getting an anime, which surprised absolutely no one. The bulk of this A Couple of Cuckoos and Re:Zero collaboration consists of the ‘costume swap’ visual embedded below, with Miki Yoshikawa drawing Erika in Emilia’s iconic purple outfit. Haruno Atori then drew Emilia in Erika’s school uniform. 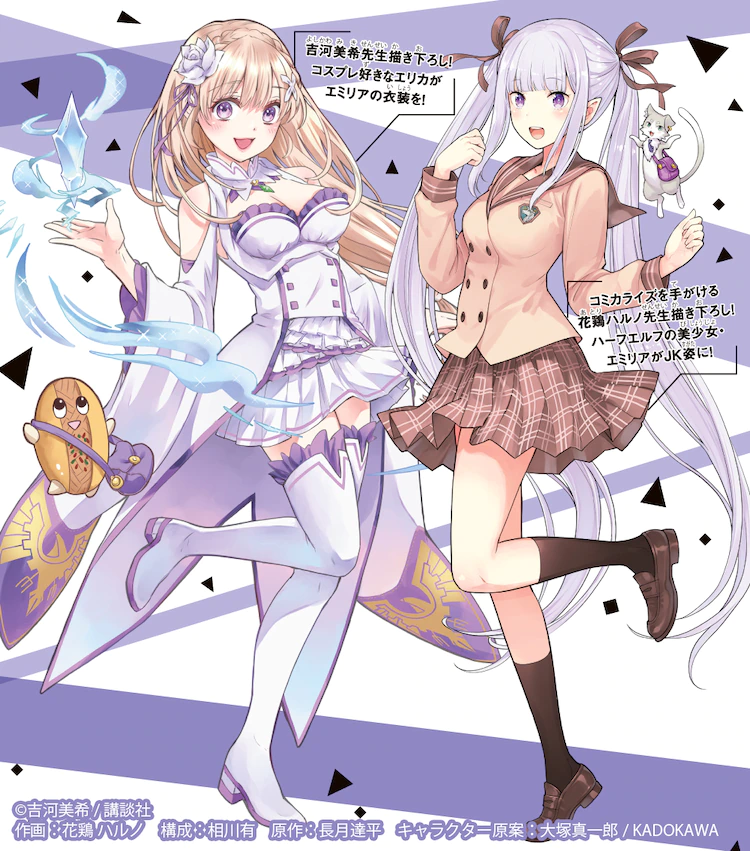 Atori is currently adapting the fourth arc of Tappei Nagatsuki’s original light novel into manga form for Monthly Comic Alive, which is published by KADOKAWA. Herein lies the impossible nature of this Re:Zero collaboration: A Couple of Cuckoos is published by Kodansha and serialized in Weekly Shonen Magazine. Usually, publishers don’t tend to go beyond the realms of their own intellectual property rights, simply because it isn’t worth the extra hassle.

Even so, A Couple of Cuckoos has managed to make this happen. This isn’t the first time, either: the series was also able to persuade SHUEISHA to let a collaboration with Oshi no Ko go ahead, despite being published in Weekly Young Jump. In that case, there was a fair bit of thematic cohesion, with both series being described as ‘stories where men and women are mocked by fate.’ I suppose you could say the same about Re:Zero, but the genre trappings are very different.

Regardless, it’s pretty clear why publishers are willing to put aside their differences to team up with A Couple of Cuckoos: its overwhelming popularity. In actual fact, it was one of the best-selling manga last year, so everyone wants a piece of the pie.

From KADOKAWA’s point of view, if teaming up with A Couple of Cuckoos for a collaboration can draw a little bit more attention to the Re:Zero manga, then so be it. No doubt we’ll see more of the impossible becoming reality in the future.