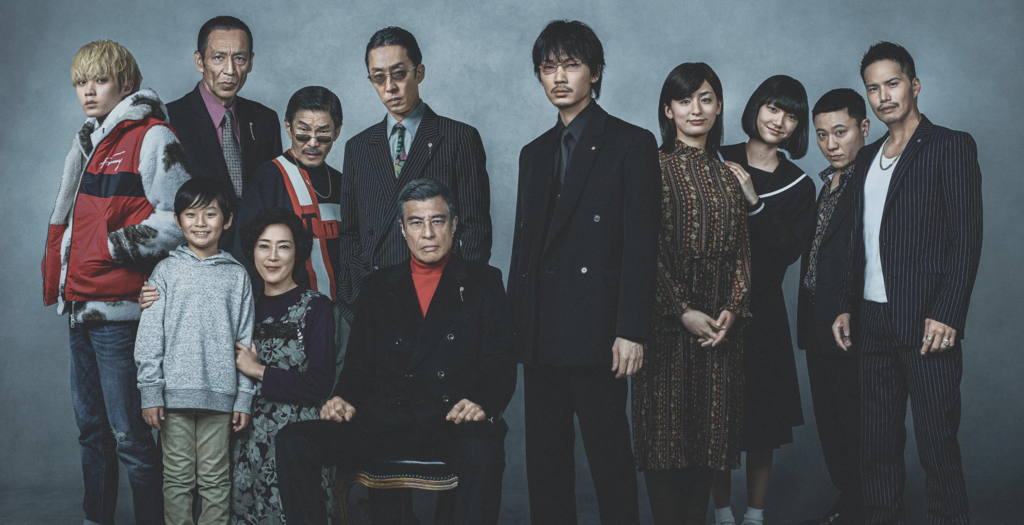 A Family, renamed from its original Japanese title of Yakuza and the Family and released on Netflix in various regions around the world last week after hitting Japanese theaters earlier this year, kicks off proceedings in 1999 at the tail end of the 20th century. Kenji Yamamoto is a delinquent, wandering the city at night without a care for his own wellbeing and without prospects or hope for the future. As it is, he’s riding his moped to the funeral of a father he barely cares for after his death from a drug overdose. Kenji’s bleach-blonde hair is representative of his arrogance as a man,cocky enough to feel in control of the world without even having control of his own rapidly spiraling life.

Two events on the night of his father’s funeral play a vital influence on the rest of Kenji’s life. In his anger, he rips a bag of drugs from the hands of a local crime syndicate and throws it into the river. Elsewhere, he saves the life of a yakuza boss named Shibasaki Hiroshi. When the syndicate tries to get their revenge with a beating and a plan to ship off their organs, it’s his newfound connection with the yakuza that saves his life, and Kenji finds a new family to be a part of: the yakuza family.

Yakuza gives him an organization of peers and mentors that treat him like family in a way he’s never had before. Being a yakuza gives him a father figure who cares for him in Shibasaki. And sure, it may be a life of crime, but it’s a life where he can also be seen as a powerful man worthy of respect, away from drugs, living a life of honor-bound by rules of hierarchy and respect, and sometimes using muscle, territory, and influence to get your way. Even the police are sitting in your back pocket. Thanks to this new life, Kenji has a place to call home, and a city to call his own.

Michihito Fuji’s A Family is a yakuza epic chronicling a fictionalized tale of Japan’s changing relationship to the yakuza while painting a somewhat sympathetic portrayal of the people with skin in the game that have something to lose beyond a life of crime through government crackdowns and public pressure to eradicate Japan’s criminal underbelly.

The film takes place over 20 years and is shot at three moments of Kenji’s life as a yakuza. We open the movie in 1999 and see the moment he chooses to join the yakuza as a respectable organization in which he can be connected with others for the first time. Then, we flash forward 6 years to see Kenji’s role in the yakuza firmly established. He’s now closer than ever to Shibasaki with a father-son bond being shared between the two men that is unlike any other bond the respected head of the Shibasaki-gumi held with the other members. It was like saving his life, and Kenji having nowhere else to turn, brought them even closer together.

The final section of the film takes place in 2019, with the yakuza all-but weeded out of society. Their ability to survive as criminals with a moral code and live a respectable life is gone. How does a family survive (or not) when society tries to destroy them? 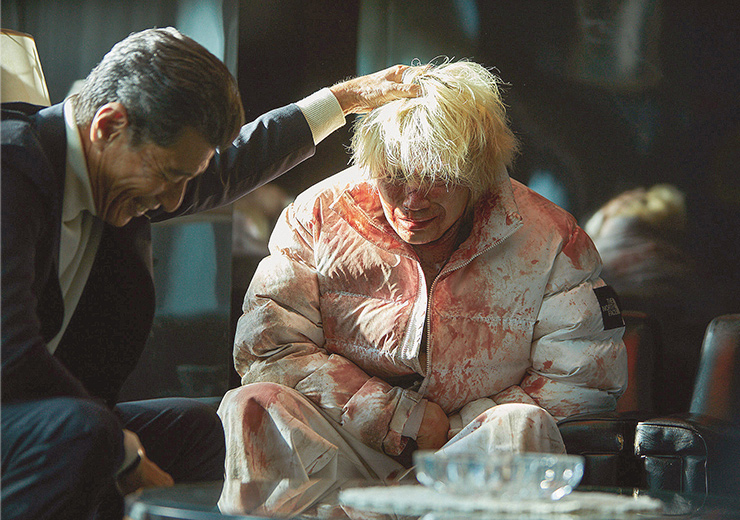 This is a yakuza movie that extols the violent exterior of the gangster’s reputations to cast its lens at the people who find solace in a life of respectable crime, using Kenji as our anchor through this rapidly changing environment. The film’s multi-layered script told tirelessly for two-and-a-half hours isn’t centered on how the gangsters make their money, or the so-called glamorous lifestyle that being a yakuza could provide.

As the title suggests, this movie has more in common with traditional Japanese family dramas than a typical yakuza film. Rather than looking at a criminal organization, this looks at a found family and the reasons why people would invest in such a dangerous world. Territory disputes and the isolated incidents of violence we witness over the film’s runtime are framed no differently to if it was a layperson in the street defending their family name and identity from someone who insulted them.

It’s rare to see such a sympathetic portrayal of yakuza in movies, and this is because the violence and crime is simply a necessity of survival for people who, more than anything, care for the health and wellbeing of the people they love that they’d put their lives on the line for them. You see the problematic aspects of the life steeped in a near-toxic level of machismo and pride that it’s easy to see how this could lead to public pressure and the downfall of these groups from political crackdowns. Yet just as much time is spent having conversations that wouldn’t out of place in a cosy living room between father and son, coyly asking whether Kenji was able to find a girlfriend. 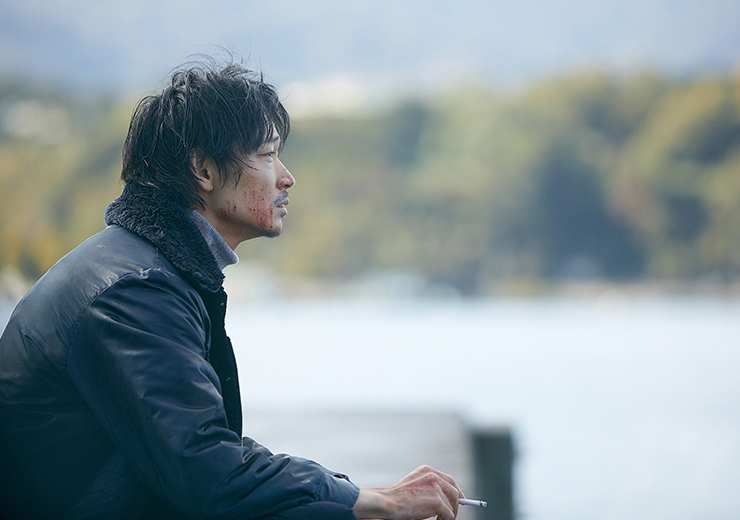 A testament to the film’s quality comes when we get to the final act of the film and we see the consequences of the yakuza crackdown. Their lives as criminals are over, but all that means is that a new wave of criminals has taken power and control instead. And when we see the relationships formed in the yakuza not as a business but as a family, this is a family that has been torn apart by an uncaring society and tossed aside like worthless garbage. It’s a painful turn that explores how the real-life crackdown would impact this fictional organization.

What makes this so successful, however, is the way the film plays with aspect ratio and cinematography to capture the passage of time and bring you closer to the journey of this yakuza organization. When the film opens in 1999, the camera is constantly on the move to match Kenji’s wandering, listless state of existence, never static and never in control. A widescreen aspect ratio here is used to look beyond our main character at the world he is unable to see and grasp for himself.

As we move into 2005, the wide aspect ratio instead becomes a representation of his power, the wide shots being a way to capture the power and responsibility that he now has at his disposal. When we enter 2019, a narrower aspect ratio embodies how the yakuza are little more than a shell of their former selves, without power and struggling to keep themselves above water. Interestingly, each period is shot using common cameras of the time, with scenes in 1999 and 2005 being shot on 35mm film for a grainier, grimier look compared to the clean, clinical, uncaring digital look of the 2019 modern reality.

A Family is a triumph of modern Japanese cinema. Typically, we view yakuza through the lens of their crime and power, with the Yakuza series of games one of only a few examples that explores how these organizations are more than just a bunch of criminals looking for power and control. Without defending the crimes these groups committed and the harm inflicted upon others, this movie spends its runtime asking a simple question.

When you destroy the yakuza, you also destroy a family and a community. When the yakuza is your family and your brothers are gone, what life is there for the people now alone in the world, ripped from the only thing they ever truly understood and the only place they could call home?

A Family is now streaming in select territories, including the US, UK, Australia and Japan, via Netflix