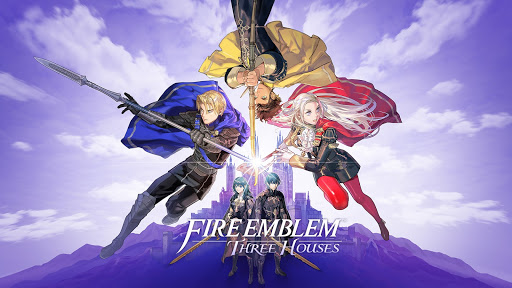 Even I had been skeptical of Chinatsu Kurahana’s (of otome Uta no Prince-sama fame) art style and designs at the time. Not to mention the absence of a narrative hook akin to predecessors’ Awakening (initially planned as the franchise’s last entry) and Fates (with its emphasis on a birth family vs. found family conflict).

But again, said trailer revealed that Three Houses would include a timeskip of sorts.

As the avatar, mercenary-turned-military instructor Byleth, we’d be charged with training one of three groups of students for impending war…only to witness the fruits of our labor all too soon.

While Three Houses is far from perfect in terms of story (something I realized more and more upon completing three out of the four routes), it was still an absolute blast to play.

So without further ado, let’s take a look at the best of the best, the characters, classes, and most memorable themes to come out of Three Houses. 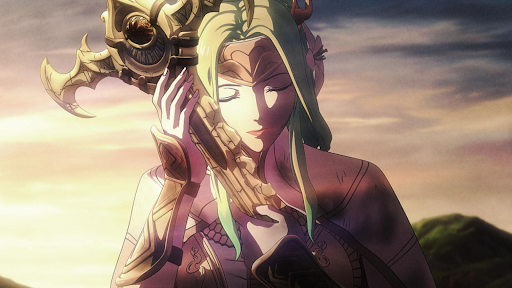 The Fire Emblem games wouldn’t be what they are without the supports, conversations between characters that grant in-battle boosts (and may even kindle a romance or two), introduced via the franchise’s twelfth entry New Mystery of the Emblem (2010).

With that said, I’ll be parsing through Three Houses’ individual students and supports to highlight the ones I thought stood out during my own playthrough.

Before anyone says anything remotely related to Edelgard, I offer these words…

I think both fans and non-fans of Edelgard should be on the same side in regards to her deserving better writing. I see no problem with her being controversial, a difficult female character; I think it’s great! I think she was always meant to make players question how far is too far when it comes to trying to change a system like Fódlan’s.

But in the end, I can’t say I’m a fan of how she was executed.

Speaking of execution, I do think Edelgard’s right-hand man Hubert was written without the same gendered restrictions to great success.

He’s cunning, manipulative, and unapologetic. He gets to be himself and I love it. I don’t agree with the guy’s methods, but I can respect his devotion to his liege.

It doesn’t hurt that Hubert’s voiced by the talented Robbie Daymond either.

However, my favorite of the Black Eagles has to be the fierce and hardworking princess of Brigid, Petra.

Despite the unfortunate truth behind Petra’s enrollment at Garreg Mach Monastery (her being the Adrestian Empire’s political prisoner), she doesn’t place blame on those who don’t deserve it and holds fast to her dream of bringing Brigid up in the world.

Petra’s pseudo-romantic support with peasant-turned-songstress Dorothea also adds a lot of charm to both ladies. The pair very much bond over their being ‘outsiders.’

My Golden Deer bias aside, the Blue Lions have a truly unique dynamic in which most of the group already know each other intimately.

In fact, Prince Dimitri, his bodyguard, the estranged daughter of his former bodyguard, and his three childhood friends make up all but two of Faerghus’ house.

With that said, Dimitri and friends got baggage.

The kind, but troubled Dimitri, his stoic bodyguard Dedue (the love interest I picked for my Byleth during this run!), and the prince’s prickly former friend Felix are all top-notch in terms of design and writing.

Dimitri can be read as a deconstruction of previous Fire Emblem leads and the idea of a ‘perfect prince’ as his past is far from spotless. The Blue Lions route is very much about him, Dedue, and Felix moving forward from the same tragedy in their own ways.

Dedue’s stoicism belies his gentle, polite nature and the immense trauma he harbors as a result of the near-genocide of his people years prior to the game.

There are several layers to Dimitri and Dedue’s relationship, making their support one of my favorites for the prince in addition to his support with Golden Deer Marianne.

Felix, on the other hand, expresses his trauma through a sharp tongue. However, these insults and jabs stem from him loathing Faerghus’ obsession with knights and sacrifice. In a similar vein to Dimitri, Felix deconstructs previous swordsmen bound by honor.

And yet, the guy couldn’t be more transparent when it comes to short ladies with strong personalities like Black Eagle Bernadetta, Blue Lion Annette, and Golden Deer Lysithea.

The man can do no wrong.

I could not adore Claude (the first love interest I picked for my Byleth) and the rest of the Golden Deer any more than I already do.

While the Blue Lions boast a far greater sense of unity from the get go, I love the ‘found family’ hook to the Golden Deer. This route has the most shounen ‘save the world’ feel to it out of the four for me.

Claude’s got a lot going on beneath the surface, but dancing between well-kept secrets and sincerity is just a part of his charm. As if that weren’t enough, the thematic parallels between him and Byleth and Awakening’s beloved Chrom and Robin are palpable.

As much as I’d love to go on and on about Mr. von Riegan, the Golden Deer who ended up really surprising me were Lorenz and Marianne.

But hey, the guy’s signature grimace sure made me cry-laugh.

How would Lorenz put himself into words? Well, if his support with Marianne is anything to go by, Lorenz Hellman Gloucester is the only man with eyes!

He may act and look the part of an arrogant noble, but his compliments are genuine and he takes his duties seriously. I dare say, Lorenz is an ideal noble who respects his fellow Golden Deer (with the exception of some Claude-related gripes) and truly grows into his own post-timeskip.

So the uninitiated might be wondering, what makes her so special?

As Marianne’s haggard appearance implies, she’s a depressed girl haunted by loss and a mysterious Crest-related lineage. But in the end, her solemn beginning just makes her path to recovery all the more inspiring to watch.

Marianne is a gentle soul from start to finish who ultimately learns to live for herself and her friends, the support she shares with Dimitri highlighting this the best.

In terms of supports, the Golden Deer girls (Hilda, Leonie, Lysithea, and Marianne) have wonderful chemistry with each other. These aside, Ignatz and Raphael’s support speaks to their history as merchants’ sons in a way I found refreshing for a noble-heavy cast. 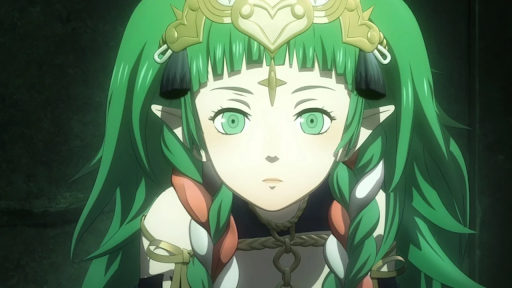 Having played Awakening and Fates prior to Three Houses, the Bow Knight class never crossed my mind as a legit promotion. The class’ gimmick is that of a mobile Sniper, but Sniper boasts better skills overall.

However, with greater range and the return of the Canto skill (Bow Knights can use any excess movement post-combat to reposition themselves), I found myself having fun with Three Houses’ take on the class for once.

On the subject of classes getting makeovers, the flying classes this time around are bar none. There’s zero reason not to promote into a Falcon Knight (a path I pursued for my own Byleth with a little help from New Game+) or Wyvern Lord.

Sure, fliers still fall to bow-users, but characters now have the option to dismount to rid themselves of said weakness. While I never went for Wyvern Lord myself, I saw enough action from my own units to know the class packs a wallop.

Anyone who’s had the pleasure of deploying the Golden Deer’s prodigy Lysithea knows she makes a killer Gremory.

Gremory is a new class introduced in Three Houses, its innate skills allowing a magical unit double their normal supply of spells. Needless to say, it’s a must-have for any team.

Without going into major spoiler territory, Fire Emblem’s sixteenth entry evoked far more pathos than Awakening and Fates, at least for me. Even at a surface level, I wasn’t fond of the idea of my house of choice being pitted against the others post-timeskip.

At the heart of Three Houses is tragedy…and how to deal with it should things not be as cut and dry as they initially seemed.

A la comedies and tragedies, the three house leaders deal with issues that could have been worked through with good ‘ole communication.

But of course, this is easier said than done.

There’s also an element of history being twisted to suit selfish (and selfless) needs that I would have liked to see more of.

Last but not least, I have to give everything involving Byleth’s parents a shoutout.

It’s been months since I finished the game, but I still think about Jeralt and Sitri (Byleth’s mother was given a name in the ‘Cindered Shadows’ DLC) from time to time.

What can I say? I like me a classic, yet odd romance.