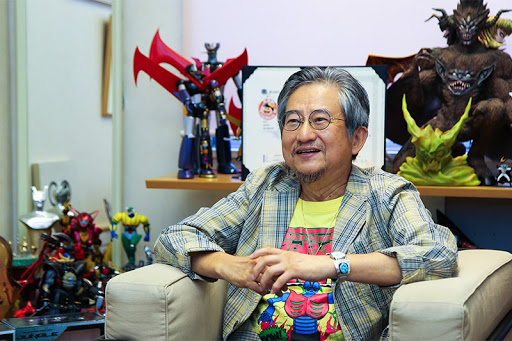 With over 50 years in the anime industry, it can be hard to keep track of one person’s work. Especially if that person is Go Nagai, a pioneer in the industry, known for his groundbreaking works in the horror, sci-fi, fantasy, and erotica genres.

Here’s a list of the works Go Nagai has created that became tv shows, categorized by decade.

While Nagai has created many more series than these, we are only focusing on his works that have received an OVA or a series. Live actions and films will not be listed here. Due to the violent and sexual natures of Nagai’s work, many of these series are suggested for mature audiences.

Released in 1968, this manga is one of Nagai’s earliest works, and it received a lot of backlash because of its raunchy themes in the 60s, which are considered very plain by today’s standards.

Its only animated adaptation titled Heisei Harenchi Gakuen was an OVA released in 1996. 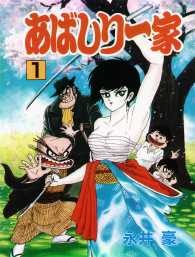 This manga revolves around the feared criminal Abashiri family and their adventures. The manga began as a heavy crime series but slowly turned into an ecchi gag series. It was never finished because Nagai dropped the project to work on Devilman.

The 70s are where we see a lot of the works that made Nagai a legend in the anime series.

Devilman follows Akira Fudo, a young man who is possessed by a demon by his best friend Ryo Asuka. Due to the awakening of the Devilman, demons now exist on Earth. The demons wage a war, and it ends up ending the world.

This series is set in Kanto, and the territories are divided by the strong and the weak. The weak find Jack, and they ask him to help them against the strong. Jack goes around helping the people; however, Jack is extremely violent when he fights.

This sometimes leads to the deaths of the people that are helping him or he is supposed to save. The series ends up as a continuation of the Devilman series where Akira and Ryo continue their battle.

There is another series titled Shin Violence Jack that is also related to the Devilman series. 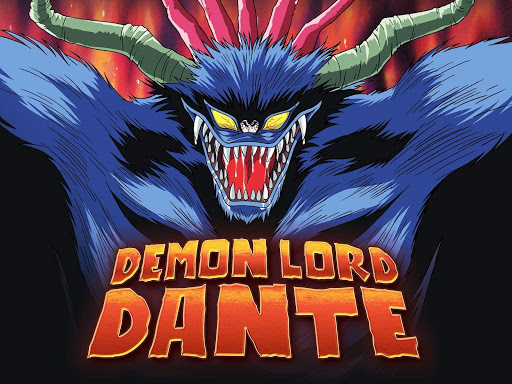 Released in 1971, this series tells the story of Ryo Utsugi who ends up inside the body of the demon Dante. Ryo is now one with Dante, and he finds himself in the middle of the war between demons and God.

A 13-episode anime for the series was released in 2002 through Studio MagicBus.

Banji Suke is a troublemaker who is framed for causing trouble all over town. However, to clear his name, he enrolls in an all-girls school.

In a school where the teachers sexually humiliate female students, a hero arises to beat the living daylights out of these teachers, Kekko Kamen. Kekko Kamen is a nude superhero who only wears a red mask, gloves, scarf, and boots.

This series is a spoof on Gekko Kamen. It was released in 1974 with an anime adaptation in 1991.

The Mazinger series is extremely popular amongst fans of mecha anime. It has over 10 different animated series, two sequel series: Great Mazinger and Grendizer, and the parody series Panda-Z.

Each series is different, but they all revolve around the cast using their robot fighters to fight evil. The first Mazinger manga was released in 1972. The series was also animated in 1972, and the most recent anime adaptation was in 2015. 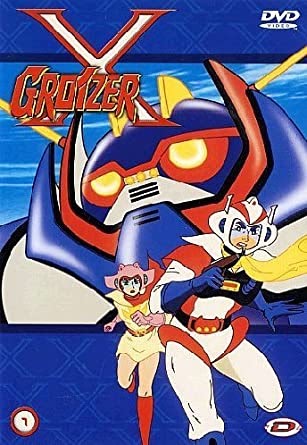 In this series, aliens want to conquer Earth, so they kidnap a doctor and force him to work for them. The doctor creates Groizer X, programs it for his daughter, and allows it to escape to find his daughter, Rita. Rita and a pilot, Joe, now have to fight these aliens.

This is another mecha anime that tells the story of Daiku Maryu and Gaiking battling against an alien race, The Dark Horror Army.

This original anime was released in 1976, but Nagai is not credited to this series. This is because Toei Animation did not want to pay Nagai royalties for this show, so they credited it to someone else. This sparked a giant lawsuit, and Nagai stopped working with Toei Animation.

Kotetsu Jeeg is another mecha anime. The manga was released in 1975, with its anime adaptation a few months later.

This series follows a mortally wounded car racer, Hiroshi Shiba. His father manages to save his life by unknowingly turning him into a cyborg by using a mysterious bell. The use of the bell awakens Queen Himika and her plan to conquer the Earth.

Shiba now has to use a fighting robot his father left him to fight Queen Himika from conquering Earth.

This is another mecha anime that was released in April 1974, a few days before the manga was released. This series has multiple sequels and remakes, starting with 1975’s Getter Robo G and ending with 2004’s New Getter Robo.

The Dinosaur Empire is a species of humanoid dinosaurs who live under the Earth’s surface. They now want to come back to the surface. It is up to three pilots to stop their forces and keep the peace.

This series follows the story of Shishimaru Tenoh and how he becomes known as the Black Lion. At the beginning of the series, he is a very weak ninja, and witnesses all of his friends die. The rest of the series documents his training and his attempts to kill the murderer, Ginnai.

The anime is based on the tales of Shuten Douji in Japanese Folklore.

In the anime, Jiro is given to human parents by his Oni parents under the condition that they come back for him in 15 years. 15 years later, Jiro must now fight against other oni, cult members, and other dangers in order to protect his family and his girlfriend. He also must face his destiny and become the next Shuten-Douji. 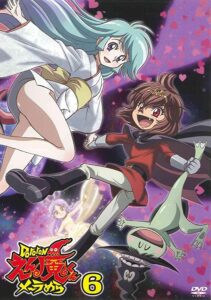 This series follows Enma, a perverted hothead, a snow princess Yukiko-Hime, and Kapaeru, a half kappa, half water sprite. The trio has to find spirits that escaped from the afterlife and haunt the human world.

The sequel series follows a similar plotline, only more serious than its predecessor. The manga was released in 2006 with an OVA series in that same year.

This is one of the most iconic magical girl shows in the past century. The Cutie Honey series has several anime and manga adaptations. The manga was first released in 1973.

The series follows Honey, an android, whose father was assassinated by an organization known as Panther Claw. Honey seeks revenge against this group and sets out to destroy them. Each of the reboots also follows this plotline. 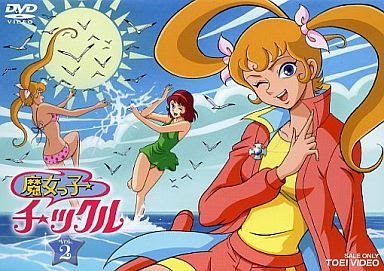 This is another magical girl anime that was released in 1978. The manga was released a month after the anime started.

Tiko gets a book for her 11th birthday, and when she opens it, Tickle, a fairy, comes out. The duo becomes friends, and Tickle finds a family in Tiko’s family. Tickle also has a knack for using magic to solve all of her issues and playing pranks which leads her to some trouble.

The manga was released in 1979, with an OVA in 1992. This series is for very mature audiences.

A high schooler, Hanappe is visited by two demons, and they immediately create sexual chaos in his house. They give him the power to either kill or to make women lust after him. However, Hanappe does not use the power well, and it leads him into a lot of trouble.

This manga follows Jun, a woman with a muscular build. Her mother is trying to get her to marry and later becomes obsessed with her losing her virginity. The manga was released in 1983.

It didn’t get an adaptation until 1992. The anime does not follow the manga. The anime follows a more physically violent plot that ends with Jun killing her mother.

This is another mecha anime that tells the story of an Empire that used up all of their planet’s resources. They now need a new planet to live on and target Earth. A rebel of the empire flees to Earth and gathers people who are able to create Govarian to fight the Empire.

This series is also for very mature audiences. The manga was released in 1983 with an OVA in 1985.

Baraba is a ship that carries a robot and her grandfather Dagota. They are trying to escape her pursuers who are after the bounty on her head. They escape by crossing a dimensional barrier, and Baraba turns into a naked girl. Her grandfather turns into a small tentacle monster.

They land on Earth, and Baraba is immediately assaulted by a high school boy seeking his first time. They pursue a sexual relationship.

This series does not have a manga, but it has a novel that was released after the OVAs in 1985.

A bounty hunter, Fandora, and her shapeshifting companion Que travel around space. Fandora has a special red stone that she fights with when her weapons don’t work. Traveling around space, she stumbles upon a city that is under the control of someone with the blue version of her stone. The person wants her stone, and Fandora does not want to give it to her, sparking a fated battle.

Knights from a dragon empire attack Japan seeking to free their master, who was sealed 200 years ago by a holy hero with the mark of the liger. The knights believe the hero is dead, but they’re wrong. A descendant of the holy hero, Ken Taiga, awakens to his liger powers. He then becomes Jushin Liger and fights off the Dragon Knights.

The manga and anime were both released in March 1989.

This series is also for very mature audiences. This manga is based on the Kama Sutra, and it was released in 1990 with an OVA in 1992.

Professor Aikawa is researching the whereabouts of an Indian princess. This ends up angering a cult, and they attack Aikawa’s grandson, Ryu, and his girlfriend, Yukari, while they ransacked his apartment. Ryu discovers the Kama Sutra and goes to India to help his grandfather.

In India, the cast sets off on a journey to find the princess. This leads them to be sexually assaulted by the cult, looking for a Sex Grail, and finding true love by performing all the moves in the Kama Sutra.

The characters from Devilman, Mazinger, Violence Jack, Grendizer, Steel Jeeg, and Getter Robo are turned into chibis and put into this world. Unsettled by their chibi appearance, they embark on a mission to turn themselves into normal.

This OVA series was created by Umanosuke Iida in 1991. However, Nagai wrote a manga for it in 1992.

For the past 20 years, Nagai has done little in terms of new material. He doesn’t need to due to his massive success in the industry. In addition, his more popular series, Devilman, Cutie Honey, and Mazinger have been receiving various reboots and gaining new fans.