A Look Back at the O.G. 3D Fighting Game, Virtua Fighter 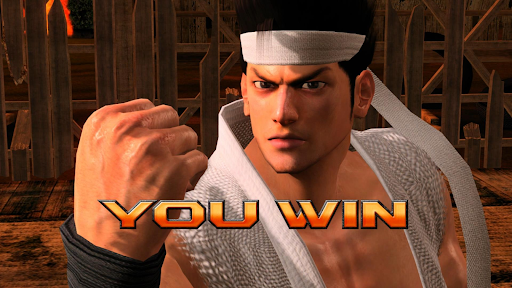 As far as the original gangsters of the 3D fighting games go, most agree that Virtua Fighter was really the first of its kind. First released in 1993 as an arcade game, the original was adapted to a console game in 1994, a few months before Tekken. Using polygon-based 3D graphics, Virtua Fighter was the forerunner in its arena, literally earning a spot in the Smithsonian.

Eventually, the game would inspire a series consisting of five official games, numerous spin-off games, an anime, and more. It is high time we take a look back at the highly influential series.

As previously mentioned, the first Virtua Fighter game was an arcade version that was released in 1993. In 1994 and 1995, the game would transfer over to Sega consoles, paving the way for similar 3D fighting games, such as Tekken. Considering how the 90s was a period of rapid technological advancements, it makes sense that the first game would get updated almost as soon as it came out, with Virtua Fighter Remix being released in 1995.

Virtua Fighter 2 was released 1994 and would similarly get updated by 1995, with Virtua Fighter 2.1 coming out right on the heels of its predecessor. It just goes to show how cutting edge the technology and graphics of the series was at the time.

Another update to the game play format would have to do with the game’s controls. Before the third installment, the series operated with the control stick and three buttons, only: punch, kick, and guard. Players would be able to manipulate a character’s direction, position, and the timing of action with these simple controls, and be able to unlock special moves for their characters. However, Virtua Fighter 3 changed this for the first time in the game’s history, adding a fourth button: dodge.

While all of the games in the main series were initially released as arcade games, they would also subsequently get released for home video game consoles, specifically for Sega and PC’s. With 2001’s Virtua Fighter 4, however, this would not be the case. Following its initial arcade game release, Virtua Fighter 4 would get released for the PlayStation 2 because around 2001, Sega stopped making hardware.

Aside from its central games, the series also inspired a number of spin-off games and adaptations that would continue to explore the rich characters the main series introduced.

Airing from 1995 to 1996, an anime adaptation entitled Virtua Fighter served as a prologue of sorts for the game series. Running for 35 episodes, the series would focus on Akira Yuki and other characters from the game series as they attempt to rescue the kidnapped Sarah Bryant. The anime would inspire a spin-off game on Sega’s Game Gear and Master System, 1996’s Virtua Fighter Animation. 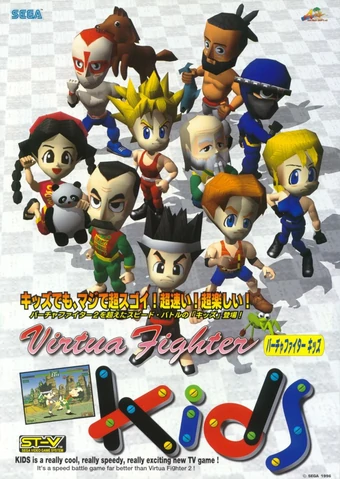 That same year, a spin-off game centering on ‘super-deformed’ versions of the characters from the original series was released. Virtua Fighter Kids was released for both arcade systems and the Sega Saturn.

Along with a couple of other spin-offs and cross over games, there was the 1997 manga. Written by Kyōichi Nanatsuki, who would go on to write for such titles as Area D and Project Arms, the series was illustrated by Yoshihide Fujiwara who would continue to collaborate with Nanatsuki on projects like BUGS: Summer of Predators and Yami no Aegis.

Legacy and Questions of Virtua Fighter 6

It’s no secret that the success of Virtua Fighter paved the way for other 3D fighting games. In fact, in their 2008 book of game related records, Guinness World Records Gamer’s Edition, the Guinness Book of World Records awarded the game seven different awards. Included among the seven were ‘First Polygon Based Fighting Game’ and ‘First 3D Fighting Game.’

The Smithsonian Institution also recognized Virtua Fighter in 1998 for contributions in the field of Art and Entertainment, becoming part of the Institution’s Permanent Research Collection on Information Technology Innovation. With the actual arcade consoles on display in the Smithsonian’s National Museum of American History, it holds the honor of being the only video game to have garnered a position on permanent display.

For all that, aside from some mobile games released in 2011 and 2014, the last official installment in the series was released in 2006, fourteen years ago. As of yet, there have been no official announcements that Virtua Fighter 6 is anywhere on the horizon. That being said, a mysterious teaser released in March of this year led some fans of the series to think that a new game may be in the works. Yet, this hopeful theory doesn’t have much backing it up.