Voltes V: A Look Into Its Popularity and Legacy 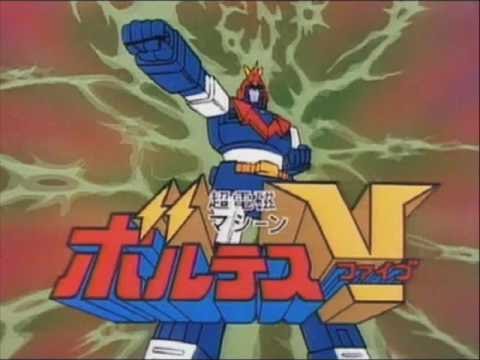 The 1970s gave fans of the mecha anime genre a series of classics such as Groizer X, Mazinger Z, and Mobile Suit Gundam. However, there is a group of mecha anime that are not as popular but are highly regarded amongst fans. The Robot Romance Trilogy is a series of mecha anime created by a Toei Animation team under the name Saburo Yatsudae.

The trilogy includes Tosho Daimos, Robo Combattler V, and Voltes V. The second entry, Voltes V, is a standalone series. It was first released in 1977 and had 40 episodes. It was extremely popular in countries such as the Philippines, Cuba, and Indonesia.

What Is it About?

Boazan is a planet that is led by horned nobles. Anyone who doesn’t have a horn is immediately considered a slave. As an oligarchy, the nobles have an image to uphold. However, when the next in line to the throne, Prince LaGour, is revealed to have no horns during his coronation through a set-up led by his cousin Zu Zambajil. As a result, Zu became the emperor in his cousin’s stead.

LaGour was met with rejection, branded as a traitor, and enslaved by the country he was supposed to rule. As the rightful heir to the throne, he didn’t take his sentence lying down. He connected and rallied the slaves he was working amongst to start an uprising. Due to their poor weapons, the slaves were easily overpowered and killed, but LaGour was able to escape to Earth as a last ditch effort to keep the revolution alive.

He landed on Earth and took the name Kentaro Go. Back home, Go was praised for his academic excellence and work ethic to the point where he was put in charge of the scientific developments. This continued on Earth after he met Professor Mitsuyo; the two got married, and the duo began developing research in order to combat the upcoming Boazanian invasion. With the help of his wife and the rest of his research team, they created Voltes V.

Everything was ready to combat the upcoming invasion, but when Go’s last son was born, Go disappeared. 10 years later, his three sons, Kenichi, Daijiro, and Hiyoshi and two of their friends Megumi and Ippei become the pilots to Voltes V. The Boazanian invasion begins on Earth, and it looks like they’re out for blood. With the help of the research team, the pilots defend Earth from the advances of Zu Zambajil and his protégé, Prince Heinel. 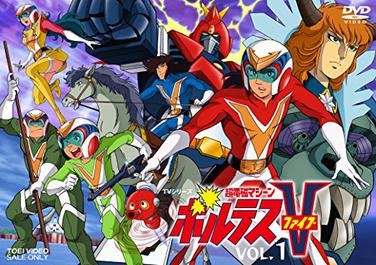 Why Was It Popular?

The show was remotely successful in Japan, but it was overshadowed by the other mecha series that were either coming out or were out already. Oddly enough, it did extremely well in dictator-led countries such as Cuba, Indonesia, and most notably the Philippines. This is most likely due to the fact that the show revolved around revolution, socioeconomic injustices, and racial discrimination. While the show focused more on preventing the Boazanian Empire from invading Earth, a lot of the thematic parts of the series happened within the Boazanian Empire which reflected the political situation of the people living in those countries.

As a society that only allows horned citizens to be considered upper class, the Boazanian’s are obsessed with their image. It doesn’t take a lot of time to figure out that those without horns are treated poorly. Even those who were born into nobility, like LaGour, are not immune to the destructive power of discrimination.

LaGour was treated as an equal due to the fake horns his parents made him, which fooled everyone into thinking he was one of them. However, nobility is fickle, and once they found out that he was not one of them, they were quick to enslave him and treat him like common garbage. This fuels the heart of LaGour’s research and the creation of Voltes V.

LaGour’s revolution both on and off Boazan sets the events of the series in place. His first uprising ended horribly, but he was able to escape Earth with the help of the slaves that put their lives on the line for him. Not forgetting their sacrifices, he set out to create Voltes V to end the tyrannical society he was born into and meant to rule.

While his children are the ones to pilot Voltes, he gives them the groundwork to take down the empire while secretly working behind the scenes. At the end of the series, the team is able to secure victory over the empire. However, instead of letting the empire fall, a new monarch took over and ushered in an era of peace.

These themes struck many audiences, but it struck the Filipino audience on an astronomical level. During the airing of the show, the dictator Ferdinand Marcos banned Voltes V and other shows due to their ‘violent nature’ and at the request of parents, but everyone knew it was because of the show’s themes of revolution. Marcos only wanted to stop the anti-dictator propaganda the show was giving its audience.

Once Marcos was out of office, the series was given back to the nation, and it became an instant classic. The episodes that were banned were released, and the series was constantly broadcast to the masses. The banning of this series, and other anime similar to it, ended up influencing a long line of art to immortalize the series and express their hatred of the government.

The artist Toym Iamo held the exhibition Super Robot- Suffer Reboot on 11 May to 11 July 2018 at the University of the Philippines, Diliman. The exhibition was Iamo’s homage to the shows he loved and an expression of the hatred he held for the Filipino government for taking away what he loved. The exhibition featured a series of sculptures that honor the mecha anime series from Iamo’s childhood. There were a series of featured sculptures that garnered attention from the masses.

This trio of sculptures also called Super Robot – Suffer Reboot depict the anger he felt at Marcos during his childhood for depriving him of the shows he loved as a kid. The first statue, Last, Lost, Lust for Four Forgotten Episodes was unveiled in 2014 and honors Voltes V.

The statues themselves are littered with religious symbolism and take inspiration from other religious works. However, seeing the Daimos, Mazinger, and Voltes called saints and portraying them in that manner is so cool. It shows the love Iamo has for his childhood heroes and how highly regarded they are in Filipino culture.

For the show’s 40th anniversary in 2017, there was a huge celebration across the Philippines to commemorate the series. The retail chain Giordano released limited edition shirts featuring Voltes, and other stores followed suit. Many people flooded these areas dressed up as characters from the series as well.

The show’s also getting its own live action drama series that is set for release this year. The trailer Voltes V Legacy trailer was released in December, giving fans of the series a peek at the new Voltes. Time will only tell if fans of the series approve or disapprove of the remake, but so far it looks like it’s in good standing. If you’re interested in watching this piece of Filipino pop culture, Voltes V is currently available on YouTube.

Is it Still Relevant?

The show will always be relevant in the Philippines; it is a symbol of fighting against government corruption. The people of the Philippines are protesting this injustice to tell Duterte that they don’t approve of a certain 2020 inhumane bill, and guess who also made an appearance in these protests? That’s right, the symbol of the people, Voltes V.