A Love Letter To Discotek Media 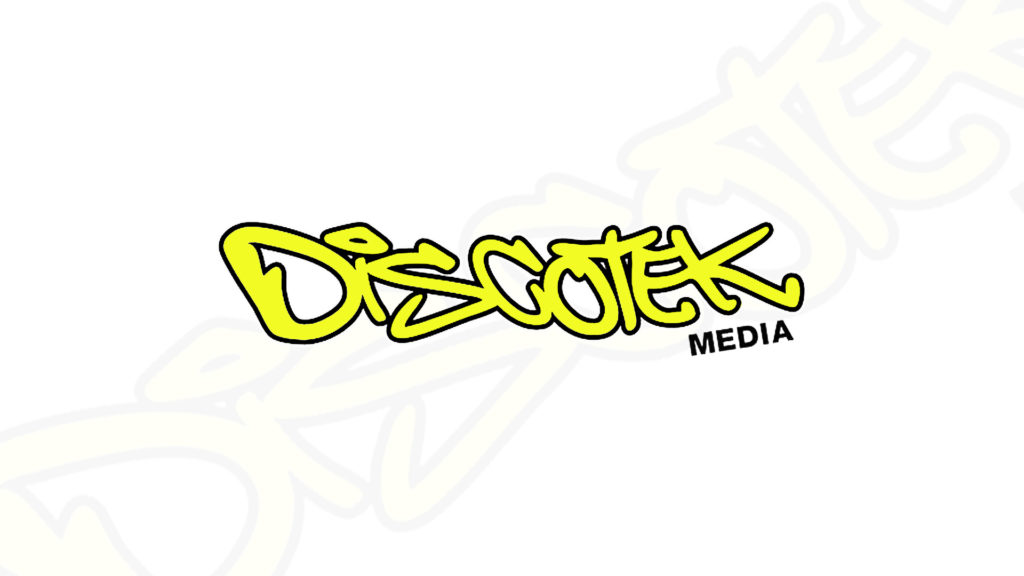 In a time where 90% of anime coming out is immediately available streaming legally within 24 hours of release thanks to services like Crunchyroll, Netflix, and Amazon, the importance of who’s licensing what anime has subsided. There’s not much difference between your Funimations, Viz Medias, and your Sentai Filmworks as most anime companies put out has already been made available for streaming.

You may have your preferences as to who dubs what, but that aside its become something of a moot point.

However, one company still holds wait due to the quality of their releases and their penchant for bringing back older shows that haven’t been available for a long time.

Without a doubt, Discotek has done more than most in the 15 years they’ve existed to keep classic titles available on disc and for screening. Right Stuf’s Nozomi Entertainment and Maiden Japan have also done great work in this field, but we credit and adore Discotek for starting the movement.

Not only do they rescue titles long since thought to be abandoned by everyone else, but their releases usually come packed with the types of extras you no longer see the bigger companies putting out there. Commentaries, interviews, and all sorts of other secondary materials come standard for many Discotek Releases giving a real reason to support physical media in today’s digital climate.

Discotek Has Done Justice For Lupin The Third

One of the staff favorites here at OTAQUEST is the eternal Lupin The Third, a beloved series that’s stood the test of time with some new entry always on the horizon. The series about the exploits of the world’s great thief, gunman, samurai, and spy, has had dozens of shows, specials, and films and because of that scattered availability in the states.

The now absent from the US Pioneer / Geneon originally released the second Lupin The Third, series which ran on Adult Swim for many years and shortly after that Funimation started grabbing a lot of the older films and tv specials. Of course, being a Hayao Miyazaki film, Castle Of Cagliostro was always somewhere in the fold too.

After a certain point though, when Geneon exited the US Market and Funimation lost interest in Lupin, the loveable criminals disappeared. Until Discotek Media brought them back.

Seemingly dedicated to putting out every piece of Lupin The Third they can, you can’t get every piece of Lupin ever made just yet but the company’s nearly there. They’ve re-released the entirety of Part 2 including the episodes that were never dubbed. They put out the Miyazaki and Takahata direct part one. It seems every few months they’re rereleasing on blu ray one of the older specials and movies.

They’ve put out the recent Redline’s Koike directed  Lupin films like The Lie Of Fujiko Mine. A definitive edition of Castle Of Cagliostro may be the crown piece of the catalog. Those Lupin and Detective Conan crossovers have even been made available.

Discotek even brought back the beloved Part 2 cast for parts 4 and 5 as well. All in all the company has done wonders for making Lupin The Third widely available once again.

Your Favorite Saturday Morning Anime Are Once Again Available

In addition to older classics spanning the generations like the seminal Leiji Matsumoto series Galaxy Express 999, the beloved Weekly Shonen Jump criminal underworld escaping City Hunter, or even more modern offerings like Honey & Clover, Discotek has been bringing back a lot of our old Saturday morning cartoon favorites.

Like their multigenerational approach to the rest of the anime they license, they’re bringing back kid’s favorites from multiple points in time. For instance, the delightful Samurai Pizza Cats which came to North America in the early 90s as well its original Japanese version Kyatto Ninden Teyandee was a much-celebrated addition to their catalog.

If you grew up watching the Fox Kids, Fox Box, 4kids TV era of Saturday morning anime, you might be happy to hear about a few of their other rescues. After years of dormancy, they put out the third to Pokemon and Digimon but actually quite a good Monster Rancher to disc a few years ago.

They resurrected Fighting Foodons from oblivion, a weird little show about food-based monsters that was the fifth string to the rest of the monster anime cartoons.

Even the likes of Sonic X and the original Beyblade seasons have been made available once again thanks to the efforts of Discotek Media.

Heck, they even re-released the American produced 90s Street Fighter and Mega Man Cartoons. Nab a set or two, and force your young children to relive the memories with you.

Discotek Media have come a long way in the business of licensing translating and releasing anime since they initially formed in 2005. Basically starting as an apartment operation, Discotek has remained relatively small over the years while becoming the biggest purveyor of legacy works new the majority of Lupin III material as well as putting out modern cult classics like Kemono Friends.

Mostly known for releasing Japanese anime, which is what people still called a lot of their older titles when companies like Central Park Media and Streamline Pictures first put them out, they’ve been known to dabble in the occasional live action movies release too.

The company got their start in the mid 2000s and on one hand it’s a miracle that they’re thriving more than ever.

A few years after their start, the US anime industry started seeing some of their biggest players fall by the wayside in the form of ADV dissolving into smaller companies, Bandai Entertainment and Geneon pulling out of the direct US market, and manga giant Tokyopop withering into a shell of its former stuff.

By focusing on an old school niche that none of the bigger anime companies more than rarely dip their toe into, they’ve cultivated a diehard fan base who are willing to part with their money for what Discotek has to offer.

What Sets A Discotek Release Apart From Everybody Else’s?

In an era when 90% of anime legally streams the same day a show hits airwaves in Japan, and with the decline of physical media from the 2010s forwards in general, disc releases are no longer the big deal they used to be.

Often even bigger shows are given discs releases 1 to 2 years after they air with little to no extras aside from clean openings and endings, and while we can’t fault companies for investing less money into these sets with physical medias sales down, it’s not the most inspiring trend to get us to part with our hard-earned money when we don’t have to.

Movies occasionally get a bit more fanfare to their Blu-Rays but they’re the exception, not the rule… Unless we’re talking about what Discotek does.

To cherry-pick one of their most essential releases, they’ve no doubt put out the definitive version of the Hayao Miyazaki classic Lupin The Third: Castle of Cagliostro. It’s a legacy title that’s had multiple US releases from multiple companies before, and paying homage to every version before it, they include new interviews with both English voice actors who played Lupin in Cagliostro.

That’s not nearly all though, as the release comes with a new audio commentary, interviews with Lupin creator Monkey Punch and others connected to the film, as well as a host of promotional video footage.

What other company is going to give you all of Fist Of The North Star on three Blu-Ray discs?  Even shows that won’t have as much material available as a Hayao Miyazaki film are presented with as much integrity and in the best available condition possible.  The company even pioneered SD on Blu Ray for shows that just don’t have high definition available, which allows the company to do things like cramming the entirety of Samurai Pizza Cats onto a single disc.

2020 And Beyond For Discotek Media

15 years later Discotek Media and the associated Eastern Star media are doing more than ever. One recent set of releases that has us real excited is them embarking on the entirety of City Hunter. At the time of writing, they have the entire first show out as well as the 2019 movie but these will be followed up with each film, special, and tv iteration in the not so distant future.

Another huge release of the company, the highly sought after Memories by Akira creator Katsuhio Otomo will finally be getting a long-deserved Blu Ray. Discotek’s already announced this white whale of a title will be jam-packed with extras both old and new making it a necessary piece in any fan’s collection.

The company’s even dipped into more mostly forgotten titles of a later generation as of late; With new Medabots and Love Hina Again releases on the way, it’s good to know the anime we all grew up with will be available once again. Often announcing handfuls of titles at once, we can’t wait to see what’s in store next.