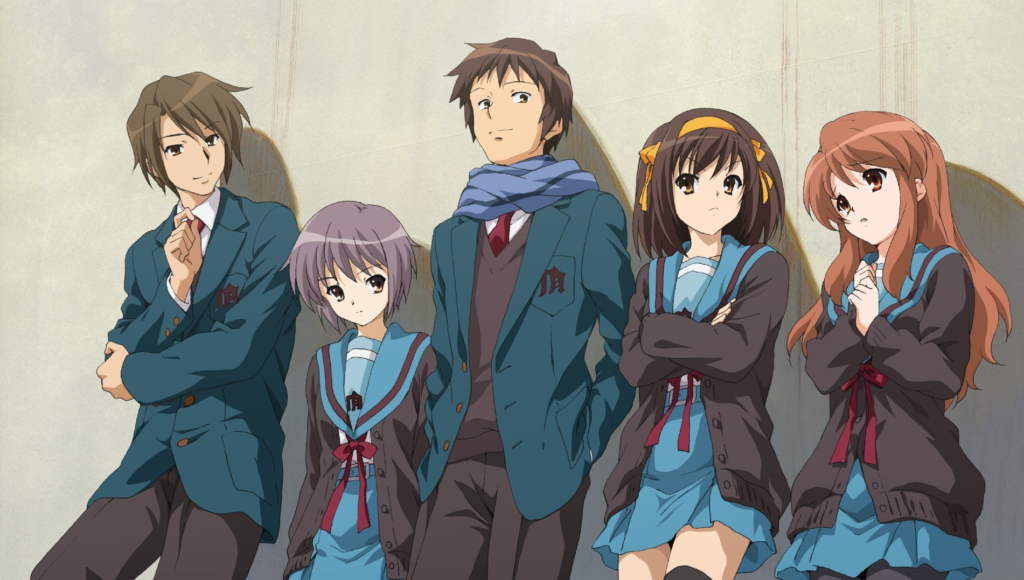 Maybe 7 or 8 years ago at Anime Expo, Kyoto Animation had set up a small booth where they were asking attendees to fill out a small survey about what they’d like to see come from the studio. One of their employees, from Japan who couldn’t speak perfect English, noticed I simply wrote ‘MORE HARUHI‘; he started cracking up. It’s something I remember very fondly to this day. Having a studio out there with fans, actually taking note of what they wanted. There’s a reason we’re all so personally shook.

Kyoto Animation is, relatively, one of the younger animation studious in Japan; but from the very beginning, they’ve created exemplary work after work, building up a reputation and fanbase all around the world at break-neck speed. You’re probably aware at this point that on the morning of July 18, the studio suffered an arson attack that left a staggering 33 people deceased. Devastating and shocking, it’s the biggest mass murder to occur in Japan since war times. I think a fan’s responsibility at a time like this isn’t to make the tragedy about their own sadness and dismay, which we’re all sharing the feeling,  but instead to give outpouring love, affection, and empathy towards the studio in solidarity. If they can afford to donate to recovery efforts and medical expenses, all the better. The earliest works of Kyoto Animation played a huge part in setting my down my weeb path and it’s important to share what’s made the studio so magical and formative over the years in light of this horrendous occasion.

My first encounter with Kyoani was before I knew who they were. Their very first TV Production, Full Metal Panic? Fumoffu was a sort-of-sequel to the original Full Metal Panic! that focused exclusively on the series’ unique brand of comedy. While Gonzo handled the original show, which was about a former child soldier turned high-school student who still had to occasionally go on missions for the good guys, Kyoto Animation was handed the keys to this weird spin-off that sounded odd on paper but totally works in practice. Only a studio like this could pull off the comedic timing on hi-jinks like ‘soldier-student mistakes love letter for bomb threat’ and ‘whoops, someone accidentally leaked bio-hazardous chemicals in the school-zone’. Watching this on ‘The Anime Network On Demand’, a channel directly responsible for dragging me into the deeper ‘more otaku’ levels of anime in the early 00s, remains a fond memory. 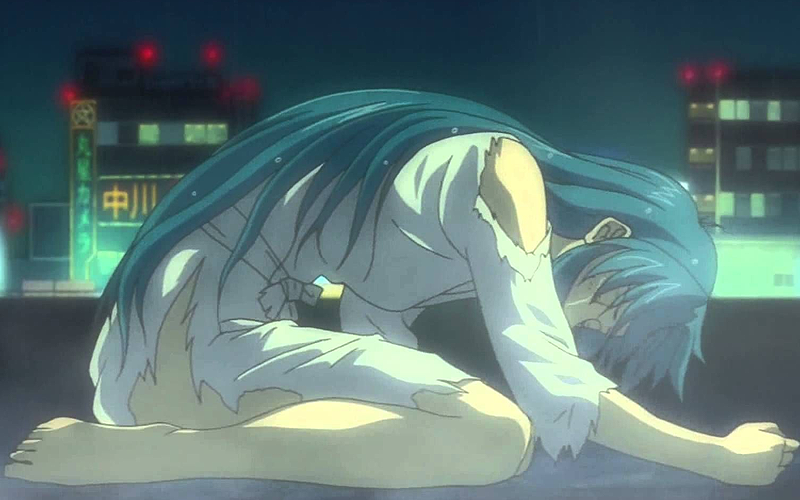 Kyoto Animation followed up Fumoffu in 2005 with one of the most incredible shows of the last generation; Full Metal Panic! The Second Raid was the true sequel to the original, and Kyoani went all out to make it the best possible version of the show it could be. Shots like one particularly evil character rubbing his gun back and forth against the teeth of one of his begrudging subordinates animated with movie-quality fluidity have stuck with me for 15 years. The studio isn’t known for its viciousness but lord knows they pull that off too. At this point in anime fandom, it was just before the streaming era began and those of us who knew would torrent fan-subs week after week to watch the latest shows. By now, I’d had already become actively aware of Kyoto Animation with a monumental show they’d air earlier that year.

The first of three Key Visual Arts – Kyoto Animation works, Air hit me right in the gut. Having watched and adored the original Toei Animation Kanon a year before I was excited to see another Key Visual Novel get the animation treatment. What I wasn’t expecting is just how much more Kyoto Animation would bring to these works. They’ve always been known for having some of the highest quality animation you could get outside of film, and these early works were no exception. Every beautiful, heart-wrenching episode of Air drew me in more and more. Each time I’d hear the opening ‘Tori No Uta’ play, which still charts as one of the all-time best anime songs in many polls, I was hypnotized. Imagine my surprise when just a year later Kyoto Animation would go and remake Kanon. 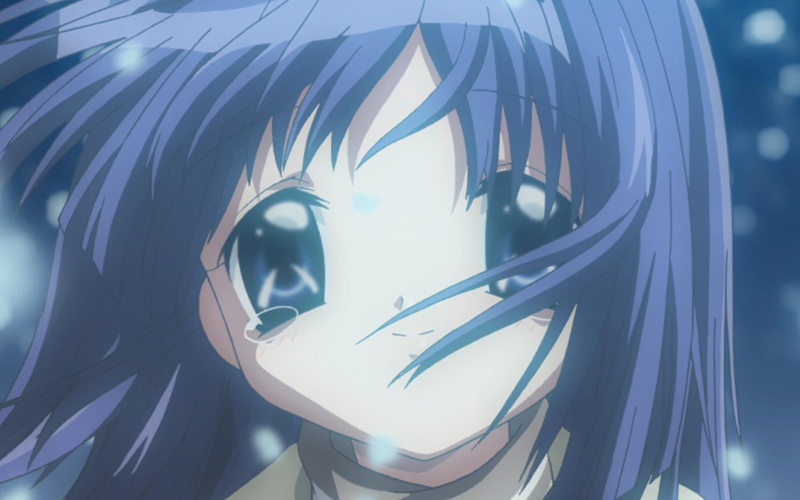 One thing about the 2002 Toei Kanon my 13-year-old brain didn’t appreciate was that it was bad. In retrospect, the character designs and lack-luster animation get in the way of incredibly moving experience. After Air, I was already on the ‘Wow, Kyoani sure is the best ever.’ train and the level of polish and elegance they gave Kanon was unreal. The harem girl sob-story has since become a cliche in anime, but the trend really got popularized in the Kyoani-Key works. I was certainly holding back tears watching each episode on my dirty high school computer monitor, raving about them to all my random internet anime forum friends who were the only other people I knew on the fan-sub level at that time. The partnership between the studio and the game company would finish off with its most highly celebrated works, Clannad and its sequel Clannad After Story. Air and Kanon built up enough of a rep that by the time Clannad came out, people were very much paying attention to Kyoto Animation.

Now, I’m a lifelong Full Metal Panic! fan and those Key anime were very formative in my weeb upbringing so I was already paying attention to the studio, but there was one other Kyoto Animation title that sunk its fangs into me, saying ‘You’re going to be an anime dweeb for life. We’ll never leave you and you’ll never leave us.’ That my friends was the seminal, phenomenal, revolutionary The Melancholy Of Haruhi Suzumiya. Coming out in spring of 2006 right when the internet started to become more universal with the advent of Twitter, Facebook, and yes 4chan, Haruhi Suzumiya was an anime phenomenon that thanks to those halcyon days of internet culture knew no bounds. Affectionately referred to as ‘Haruhiism’, this was a sub-culture in a sub-culture that made lifelong anime fans out of whoever would give the show a shot. In show canon, Haruhi is a god without knowing it. Same for us fans, she was our god.  Yes, three years later Endless Eight would follow suit but so would The Disappearance Of Haruhi Suzumiya which to this day is my favorite film ever, anime or otherwise. 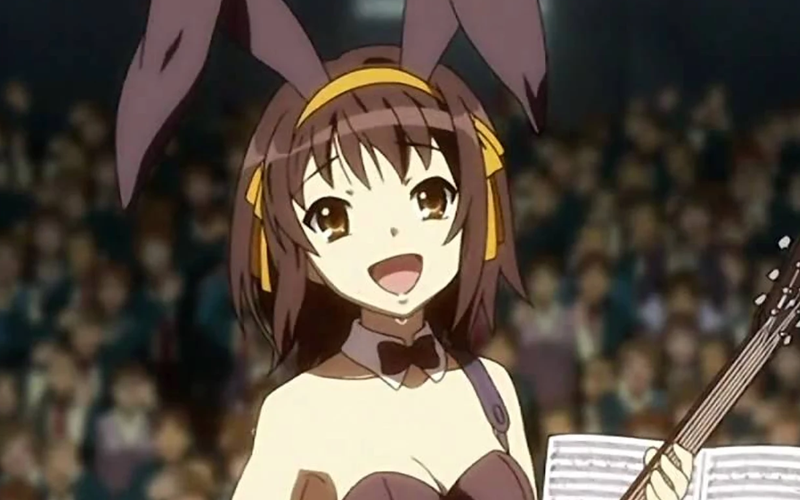 I was so in love with The Melancholy Of Haruhi Suzumiya at the time and that fire, while shelved, still burns in my heart. Kyoto Animation had already made a number of great shows and was maybe the first animation studio I actively paid attention to and yet they gave me something more to love. They gave all of you something more to love, too. Right now according to Twitter metrics, over 140,000 fans have tweeted in support of the injured, beloved company. In less than 24 hours, a GoFundMe ran by Sentai Filmworks has raised nearly one million dollars for the studio. That’s not only impressive on its own, but it goes to show just how many hearts Kyoto Animation has touched over the years. Whether it was their original offerings that did you in like me, whether you hopped on the K-On! or Free! bandwagons, or love their recent stuff like Violet Evergarden or Miss Kobayashi’s Dragon Maid there’s no doubt in my mind the studio played some formative role for you, just as it has for me. Share that feeling.

If you want to donate to Kyoto Animation recovery efforts, this GoFundMe is currently your best bet.