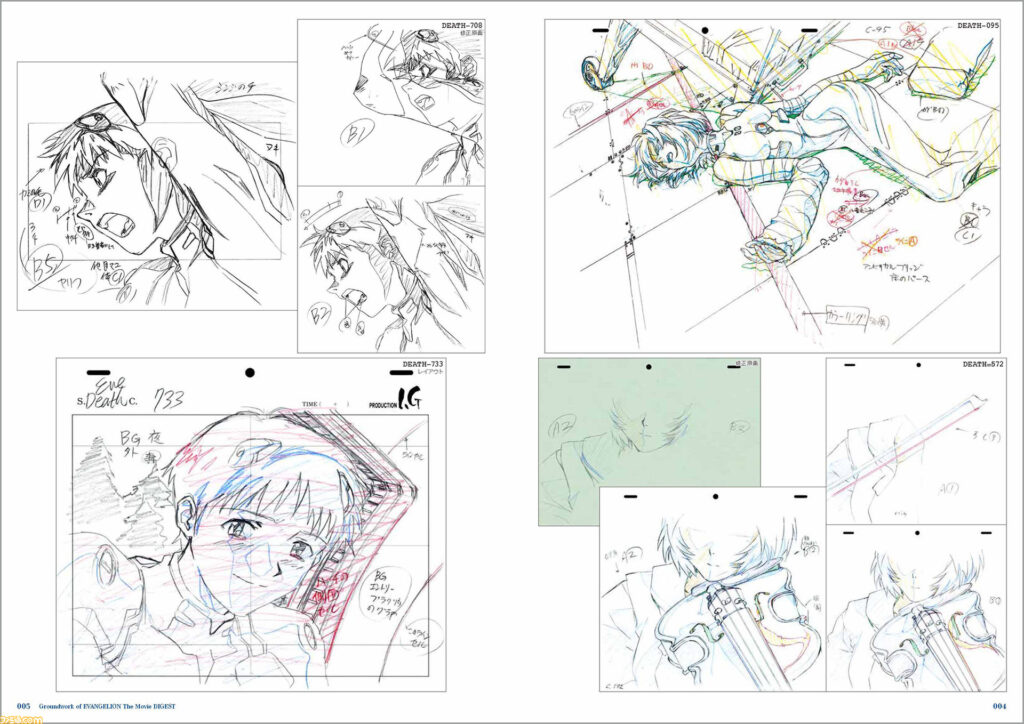 Japan is still in the midst of Evangelion fever with the final Rebuild movie bringing the series to its logical conclusion. Just a few days ago, I reported on train stations in Tokyo that were decorating their walls with impressive Evangelion fan art. As if that didn’t remind us how much we love the art and animation of Hideaki Anno’s classic, we’re now getting hit with an artbook celebrating the series’ 25th anniversary.

This digest contains original artwork from both the theatrical cut of DEATH & REBIRTH and The End of Evangelion. You can flip through the raw storyboards of iconic scenes like Asuka’s one-woman stand against the Mass Production Evangelion units, or the gigantic Rei hovering above Earth during Third Impact. Some newly colored pictures have entered the mix as well, with two of them making the book’s front and back covers. As well as giving Evangelion fans something to google at, the book has a foreword by Anno himself, and aims to unveil some of Evangelion’s animation techniques in the hopes of really tapping into aspiring artists’ creative side.

This isn’t the first time that storyboards from DEATH & REBIRTH and End of Evangelion have been made available to the public. Storyboards were included as part of a special laserdisc box set for The End of Evangelion, but that has become incredibly rare to find. There’s the more readily available Groundwork of Evangelion: The Movie books that proved to be an Eva fan’s dream come true with over 800 pages of storyboards and art. And you can still get them on Amazon too. That is, if you’re willing to pay close to $214 for the first book and $177 for the second. This upcoming digest book might not have the grandiose length of the Groundwork books, but hopefully they’ll be a heck of a lot cheaper and accessible.

You can expect the digest art book to hit shelves on 23 April.