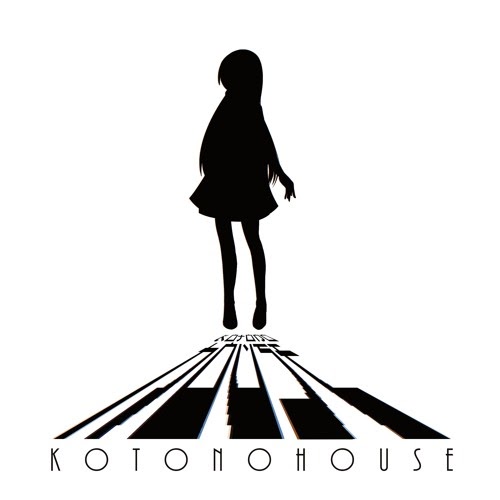 Music is a universal language for many and it can bring people together regardless of who they are and where they are. With the increased spread of music through social media and online networks, music can spread quickly from one country to another.

In recent years there is a growth of listeners to dance music and music that are produced by DJs. There has also been an increase in popular music that is coming from Asia, with the recent growth and popularity of K-pop and J-pop. With the increased popularity of Asian music and artists, there has been more support for these musicians and the music they produce. There is not only an increase of fans within Asian countries but with the internet, the music has been crossing the world and being introduced to other continents.

One artist that has gained popularity is the producer and DJ Kotonohouse, who has made quite a name for himself. The artist originally started on Soundcloud and later moved over to release music on Spotify.

Kotonohouse started to release music in 2016, later appearing at music event ‘Yeah!’ with other popular artists. Later in 2016 Kotonohouse was picked as one of the artists for ‘Best Music in 2016’ Gizmodo Japan’s people + α. Later in 2017 his original song ‘good time’ was part of the music label Attack The Music’s Frequency Blitz 5 collaboration. Attack The Music is a California-based label that mainly focuses on music in anime and games. In 2018 Kotonohouse performed at conXion, a showcase at AnimeExpo for artists and producers organized by Attack The Music, in the same year winning DJ MAG JAPAN’s BEST OF JAPAN DJs Ranking U-29.

Kotonohouse had made a name for himself, gaining popularity on both Spotify and Soundcloud. With an impressive following of 16,2 thousand on Soundcloud and 7,656 on Spotify, as well as 38,097 monthly listens. On Soundcloud, each song has thousands of listeners, with the most popular track titled ‘Can u feel my heart’ with 117,000 listeners and 93 shares.

It is a similar story on Kotonohouse’s Spotify, each track has thousands of listens, with the most popular song titled ‘it’s Over’ with almost 400,000 listens.

The popularity of Kotonohouse has allowed them to continue creating music. They had just recently released an Extended Play last month called ‘Jump!Swing!! Dance!!’. This extended play has five songs and already started gaining more listeners over the past month.

The large library Kotonohouse has created makes it perfect for listeners to stream throughout their day, either when driving or working there are hours of music to be played in the background. If you are looking for a new artist to follow, then Kotonohouse is for you.

The perfect blend of lyrics and catchy beats, Kotonohouse understands his audience and what is the perfect combination to make the next song unique.

Now is the perfect time to stream all of Kotonohouse’s music. The music can be played at any time, from when doing work to cooking. All of his music is available online, with his older music on his Soundcloud and his newer music on Spotify.

His music has crossed different genres, and it blends various aspects of each into each song. The creative lyrics also adds to each of the songs.

I highly recommend giving Kotonohouse a listen to. They are the perfect artist if you are interested in dance music. As well as that the songs all have a unique twist to them, they have similar production, but some of them are more upbeat than others. With a wide range of songs and blends of genres, there is a song that is perfect for your taste.

I think that there has been a great increase in popular music that is being produced and released by DJs or producers. Kotonohouse is no different. His music is extremely well-produced, and with the large library, there is a song that fits everyone’s personality and taste.

If you are interested in listening to Kotonohouse, you can listen to him on his Spotify and Soundcloud.