‘A Silent Voice’ to Receive the US Theater Run it Deserves 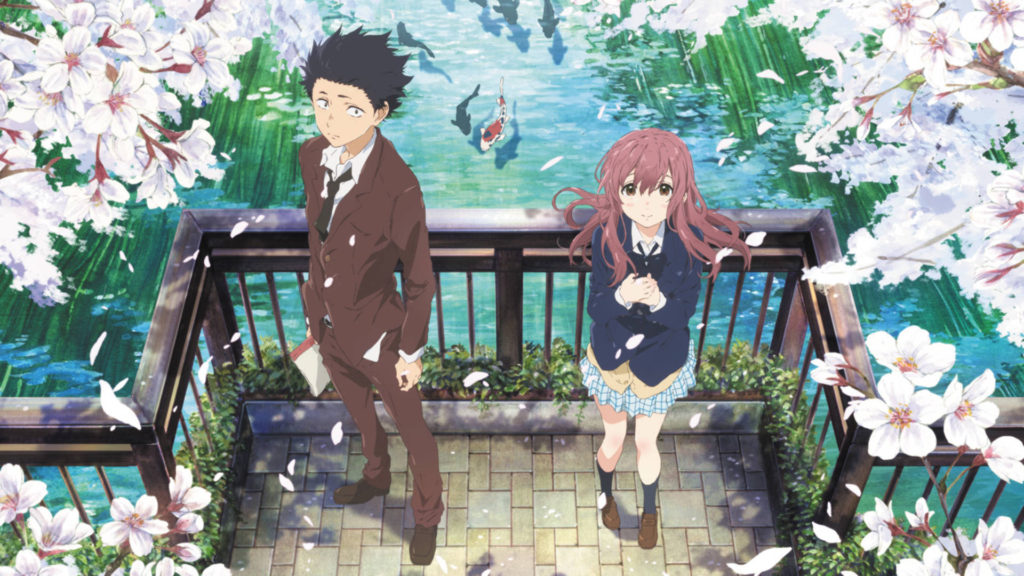 Announced at Crunchyroll Expo over the past weekend, anime fans in the US can expect a theatrical run of the spectacular “A Silent Voice” beginning October 20, courtesy of Eleven Arts. ​

For Japanese cinema, and especially for theatrical presentations of anime, 2016 was an absolute banner year. Not only did you have the perennial hit of “your name.”  breaking multiple box office records for animation both domestically and abroad, there were quite a few gems that managed to fly a bit under the radar, but stun everyone who did, in fact, have a chance to see them.

“A Silent Voice,” based on a manga by Yoshitoki Oima, was one of those films. It’s an absolute treat for the senses, having received what could only be a lavish budget allocated especially for Kyoto Animation’s film projects. It was directed by Naoko Yamada, who also served at the helm of a few other of the studio’s theatrical releases, including “Tamako Love Story” and the “K-On!” movie. The films“your name.” and “A Silent Voice” are often compared amongst a die-hard circle of fans, and there is even a bit of a rivalry that has sprung up between the two groups in attempting to establish which is the superior film.

It’s true — both films are technical marvels. They push the limits of what the power of animation as a medium can convey, and they both climax with absolute gut-punches of emotional storytelling. As an individual who has had the opportunity to see both films, it’s an argument that I strive to avoid. At their cores, there is a striking discrepancy of appeal between the subject matter of the two films, and if for no other reason than this, it is easy to see why “your name.” enjoyed the broader cultural success. I have to say it outright — “A Silent Voice” deals in some pretty uncomfortable subject matter. It is arguably for that very reason that it deserves your attention.

The trailer you can view below is from the movie’s UK cinema run:

An official synopsis of the story from the original manga has been provided by Crunchyroll:

I wish we had never met. I wish we could meet once again.
A boy who can hear, Shoya Ishida, and a transfer student who can’t, Shoko Nishimiya. One fateful day, the two meet, and Shoya leads the class in bullying Shoko. But before long, the class shifts its target from Shoko to Shoya. Years later, Shoya feels strongly that he must see Shoko once again.

An official debut date of October 20 was revealed by Eleven Arts this past weekend at Crunchyroll Expo. You will definitely want to keep an eye on their official site in the coming days for more details on screening locations and how to purchase tickets.