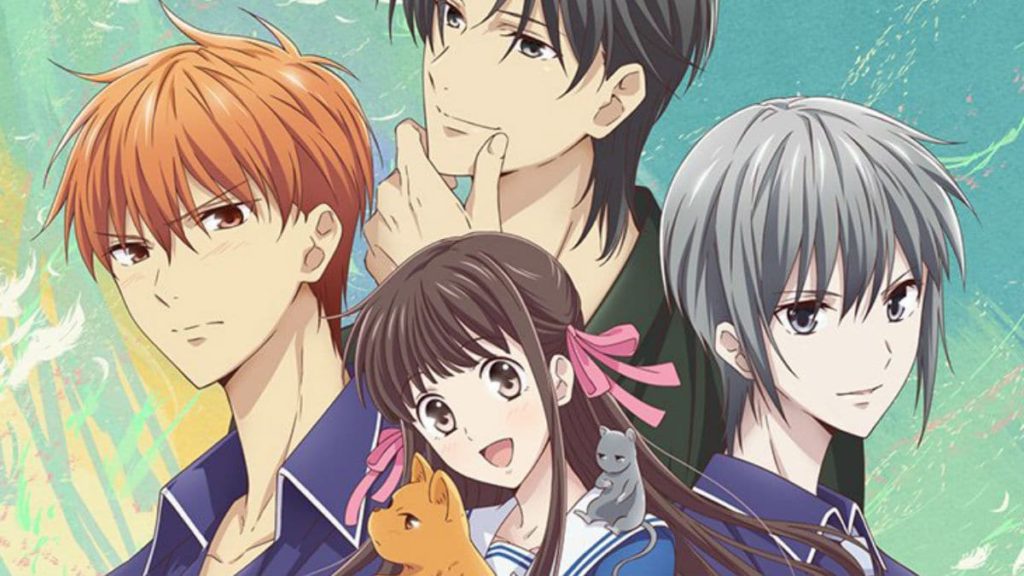 Fruits Basket is still great! We swear. In the early 2000s, an anime fan who had successfully transcended past the Toonami barrier and plunged headfirst into the more hardcore sub-culture and shows could not go a day without hearing about Fruits Basket.

The series had a simple hook; Pretty boys (and some girls) who turn into zodiac animals when hugged by someone of the opposite sex. With a charming and direct premise like this one, the series was ripe for the fandom to devour. Back in the day, Deviantart was littered with fan-art of series icons Yuki and Kyo Sohma and every self-professed Otaku had a pin of their favorite character stuck on their messenger bags.

It was arguably the most popular of all Shoujo manga stateside, with the exception of a couple of big magical girl titles. In Japan too the series was and is extremely popular, something that most working women today read during their high school years.

You can’t blame the powers that be for relaunching this one with 2019’s Fruits Basket Season 1, a remake no one was expecting to come out 18 years after the first anime ended and 13 years since Natsuki Takaya’s original manga finished up.

So far we’ve talked about the gimmick behind Fruits Basket and rambled on about how much it charmed audiences around the world. Gimmicks alone wouldn’t make it a worldwide mainstay though, would they?

The Fruits Basket Manga Was A Success For A Reason

Beyond the pretty boys and cute animals, looking past the huge shoujo eyes and the fantastical nature of the story, Fruits Basket is very real. Natsuki Takaya, using elements that on the surface may come off as fluffy and comical, created a manga that depicted all sorts of actual problems teens, or anyone really, could relate to.

The psychological damage that comes along with emotional and physical abuse, depression always lurking beneath the surface, living your life after the loss or absence of a parent, fans around the world connected to this manga and maybe even found it cathartic. Takaya’s genius was using this fairy tail curse, having humans transform into animals, and using it as a conduit to portray relatable strife.

We don’t mean to imply that Fruits Basket is a horribly depressing comic; It has those moments, sure, but it also overloads you with charm, warmth, and personality to make up for it. Natsuki Takaya realistically depicted these kinds of troubles but then showed the cast learning how to heal and move on. As the name implies, the comic is very sweet. It doesn’t indulge in its complications but moves above them.

Despite the sweetness though, the manga didn’t sugarcoat the darkness. Takaya respected her younger audiences enough to show them the truth and we think fans responded to that honesty in kind. Years later Fruits Basket remains one of the best manga that tackles these real-life issues to date.

Even the world of manga isn’t exempt from ‘sequel and remake’ culture. In 2015, Natsuki Takaya launched Fruits Basket another, a years later sequel with all kids of the original characters going through similar situations. The manga only lasted three volumes, wrapping up early this year, so safe to say it wasn’t the hit its predecessor was. However, Takaya has since already published another three-chapter Fruits Basket spin-off centering around the fan-favorite Shigure, Ayame, and Hattori trio.

You Can’t Go Wrong With Either Fruits Basket Anime

So remake culture left us with a Fruits Basket sequel manga that we didn’t necessarily need. On the flip side though, we’re finally getting a new adaptation of the manga that promises to cover the whole story. With the original anime coming out in 2001, 5 years before the manga actually finished, it never did complete the story.

That doesn’t mean it’s not worth watching on it’s own though! It was responsible for getting a whole generation of international anime fans wrapped up into its cornucopia. We’re going to briefly run through both shows and what makes them unique.

The Fruits Basket Anime That Took The Series Around The World

Fruits Basket first hit Japanese airwaves in 2001 and only a year later had made its way to English speaking shores. This first TV adaptation was directed by Akitaroh Daichiduring his prime, the auteur director who could do great comedy like Kodocha and Animation Runner Kuromi as well as handle a show with gravitas like Now And Then, Here and There, which makes it worth the watch alone.

A relic of the era when shows were first being produced digitally, Fruits Basket 2001 won’t win awards for being the prettiest anime out there. However, Akitaroh Daichi brought a lot of charm to this already heartwarming story and succeeded in winning over audiences everywhere. A shame it ended after 26 episodes.

On the contrary to Fruits Basket 2001, the 2019 Fruits Basket 1st Season is gorgeous. The new animation team at TMS gave Natsuki Takaya’s original character designs a layer of polish without sacrificing anything that made them unique and it really works.

Each and every episode of this show could also be described as an ‘emotional banger’, because you’re guaranteed to laugh or cry or most likely both. Seeing Tohru Honda and the Sohma family done proper justice after all these years brings a tear to our eyes even now thinking about it.

If there’s anything less stand out about this reboot compared to the original, is that it’s a little by the books. That’s not a downside per se, it really stands as an excellent in motion adaptation of the original manga.

When Is Fruits Basket Season 2 Coming Out?

Fruits Basket 1st Season wrapped up in September and with the last episode came the announcement for Fruits Basket 2nd Season. We don’t know what the exact date the show will air yet but it’s definitely coming in 2020!

The last few episodes of the first season previewed characters who didn’t make the cut in the original anime that will play heavily into the second half of the story! If your only experience with the series was Fruits Basket 2001, lucky you! You have a whole batch of new characters, some who transform and some who don’t, to love. Dust off those old Myth Wear bags because you’re going to be adding some pins next year.

Fruits Basket has a hell of a cast. You have Tohru Honda, one character for each animal of the zodiac plus the cat, Tohru’s best friends, and other personalities who wander in and out along the way. Each person in the show is unique and comes with their own charm.

It’s one of the reasons why the show was so successful was because fans could really and often did fall in love with anyone from the show. Pretty boys, emphatic, and even some well-written capital A adult characters for good measure? There was someone for everybody. We’ll cover the main trio to give you a taste of this Fruit Basket. 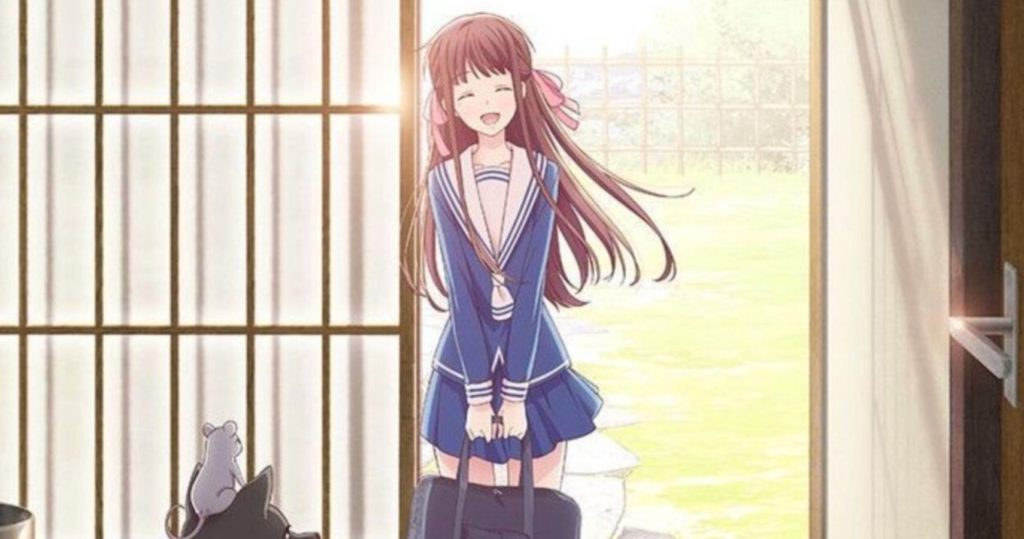 A human being made of pure sunshine and cotton candy; Not really, but she might as well be to the Sohma family. After being found in a tent on Sohma’s property, Shigure and Yuki decide to take her in with Kyo joining up after.

Always optimistic and doing her best to keep a smile on her face and on those she cares about, the two isolated boys and their caretaker quickly warm up to her. Within a matter of days, she’s family, and they trust her with their animal secret. Despite all the tragedy and hardship that’s come Tohru’s way in the past, she never manages to get in. 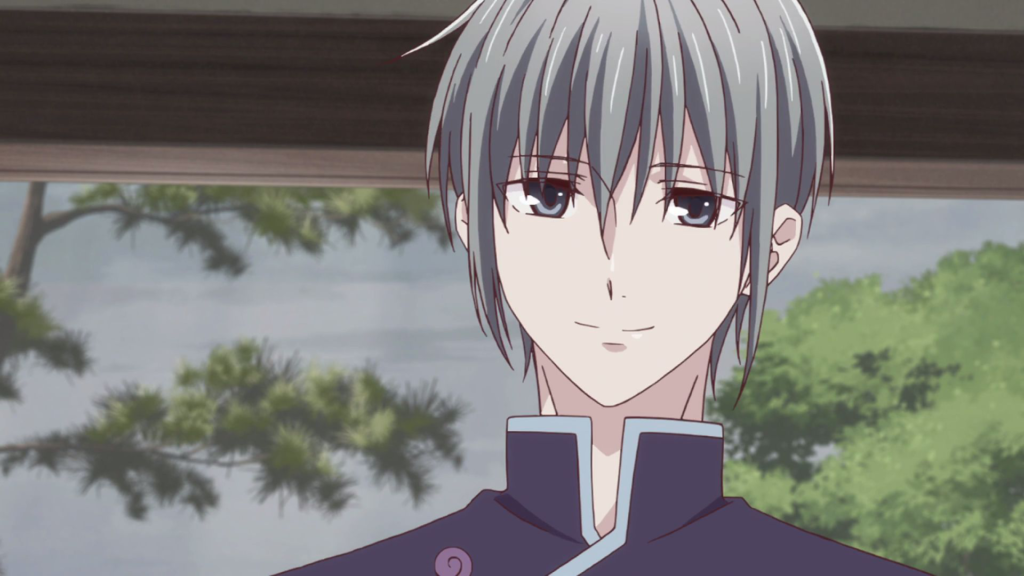 The cool and collected ‘prince’, Yuki Sohma is an extremely popular pretty boy around his school. However due to his whole ‘turning into a rat’ condition, coupled with a rather traumatic upbringing, we learn about bit by bit, he’s always reluctant to get close to everyone. In fact, he lives with Shigure away from the rest of the Sohma’s because of these very reasons.

However, despite his quiet exterior, he’s the quickest to embrace Tohru as a family member and isn’t afraid to hide it. An admirable young who only falters when it comes to Kyo. 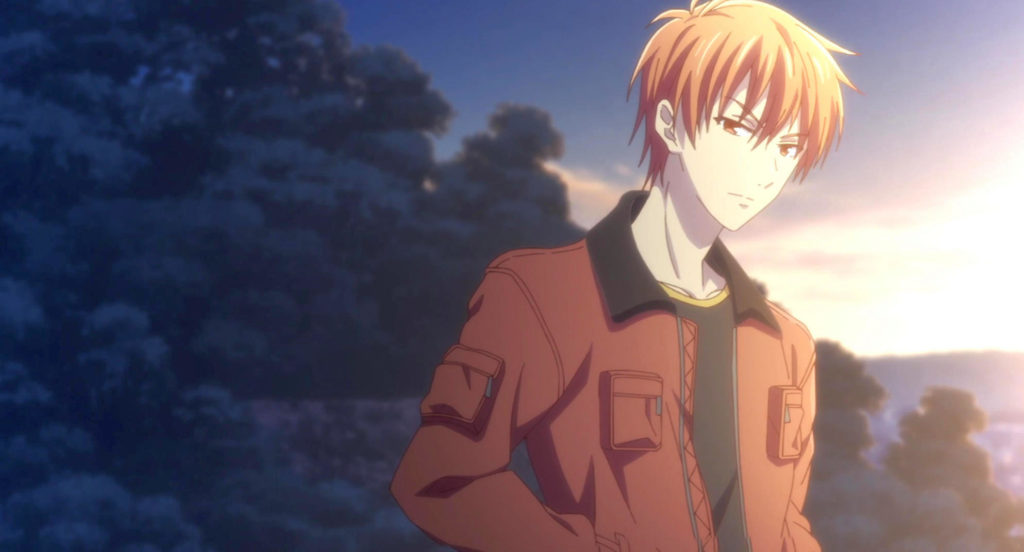 Kyo Sohma. He transforms into the cat, which if you remember your Zodiac animals you might recall that the cat isn’t one of them. That fact is a huge source of tension in the past and present of Fruits Basket; an undeniable part of the curse that puts the cat in an especially pitiable position. He’s a hot-headed idiot and tends to blame Yuki The Rat for all his problems.

He eventually ends up moving in with Yuki, Tohru, and their caretaker Shigure Sohma and slowly he too begins to crack. He’s bad at expressing himself and he’s quick to anger, but he fiercely cares about Tohru and the few other people he deems close to him.