Naoki Urasawa Is A Living Legend 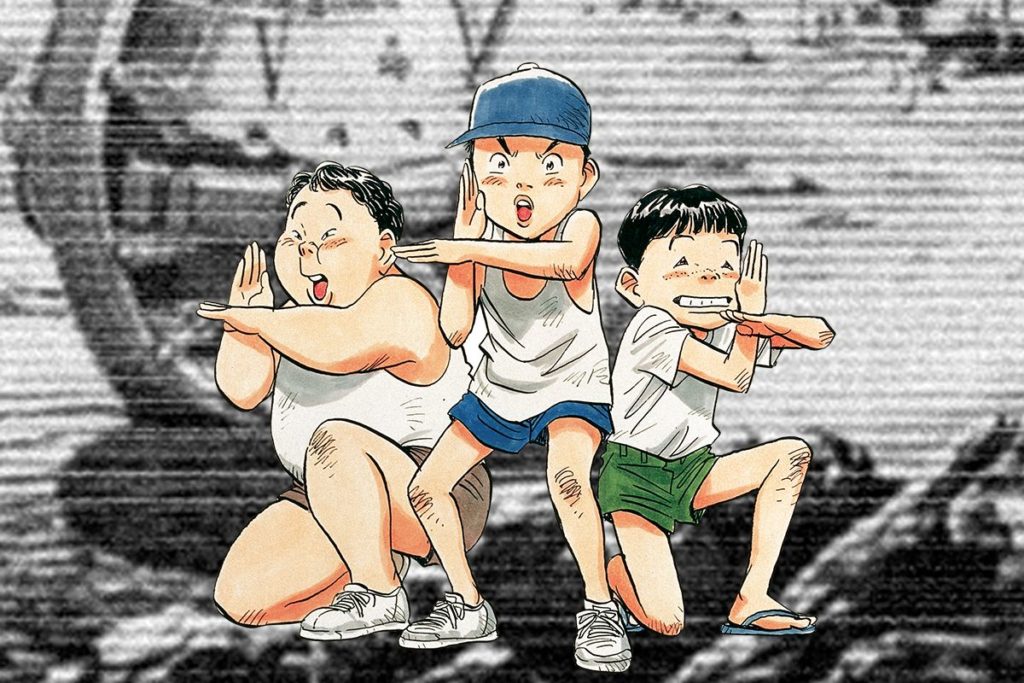 It’s hard to think of another manga artist with a batting average as high as Naoki Urasawa. Just about everything he’s ever made is, not just good, but exceptional.

He’s repeatedly won awards throughout his entire career all over the world from the coveted Osamu Tezuka Cultural Prize to being a multiple American based Eisner award winner.

He’s got a real magic touch when it comes to both putting pen to paper and in his nuanced story-telling ability. He also generally creates manga for adults, meaning they don’t lose their impact with age. Once you read one of his series, you won’t be able to stop until you read all of them.

Naoki Urasawa says a thousand words with a single panel of a single facial expression. He has an otherworldly talent that allows him to tell multitudes with just a look, which maybe explains why so many of his comics feature grown-ass men crying.

There’s so much passion and a clear love manga detailed on every page of his that, again it doesn’t matter which comic you choose, you’ll be crying too.

Naoki always strives to tell an interesting story too; A tale of a Japanese Doctor framed for murder in a foreign country, a cult taking over the world and the only ones that can stop them are a group of old classmates who can’t believe their childhood fantasies have come to life in the worst way, or even turning Astro Boy into a noir thriller.

Urasawa can tell stories the rest of us couldn’t dream up. Here’s some of his best.

Arguably Naoki Urasawa’s most intricate masterpiece, 20th Century Boys follows a story taking place at three different times; Before, during, and after the world is taken over by a cultish group called ‘The Friends’.

The comic celebrates childhood wonder, a lust for living, and showcases the power of music and friendship along the way. It’s an all-encompassing comic that displays Urasawa, a man who’s always at his best, at his very best. The story’s intricate and gripping and the emotion is palpable on every page. 20th Century Boys strikes at your very core. Get the tissues ready.

Unfortunately, Billy Bat has yet to be made available in English but if your Japanese is up to snuff, it’s well worth your time. The comic marries the ancient battle of good versus evil with the ‘what if’ scenario of ‘hey, what if D**ney really did take over the world’?

All your favorite historical figures from Albert Einstein to Jesus himself make appearances, as the tale of the good bat and the evil unfolds. Some European countries have translated Billy Bat, and we’re hoping one of the American companies picks up the slack soon.

One of Naoki Urasawa’s older works, Master Keaton sees a college archeology professor going off on a series of adventures like he’s some kind of salaryman Indiana Jones. While Keaton may lack the cumulative strength of Urasawa’s later works, many of its chapter-to-chapter stories are ripe with raw narrative talent. You can see the foundations that would turn into Urasawa’s most beloved series right here, which isn’t to say it’s not delightful on its own.

Monster was the first Naoki Urasawa manga to receive big international attention. It and its rather long anime adaptation remain cult classics that people will still recommend this day. What if you were a successful surgeon traveling in a different country and all of a sudden you were blamed for murder?

A classic thriller in every sense of the word, as it goes back and forth between Japan and Europe each page of this beloved manga will keep you on the edge of your seat. Monster’s a great starting point for Urasawa too, having a more straightforward narrative than the likes of 20th Century Boys and Billy Bat.

Absolute genius, a touch of divine inspiration, or fan fiction gone right? I’m not sure what you’d call Pluto but be thankful that Naoki Urasawa decided to adapt a single volume of Astro Boy and turn it into a volume Noir masterpiece. This out of nowhere artistic journey resulted in one of the greatest manga ever, as most Urasawa works are.

Even if you have no familiarity with Astro Boy beyond the name, this comic is about a world where advanced robots not only exist but start to get murdered one by one masterfully blends genres and influences so well that there’s nothing else like it. An anime’s supposedly coming down the pipeline too.