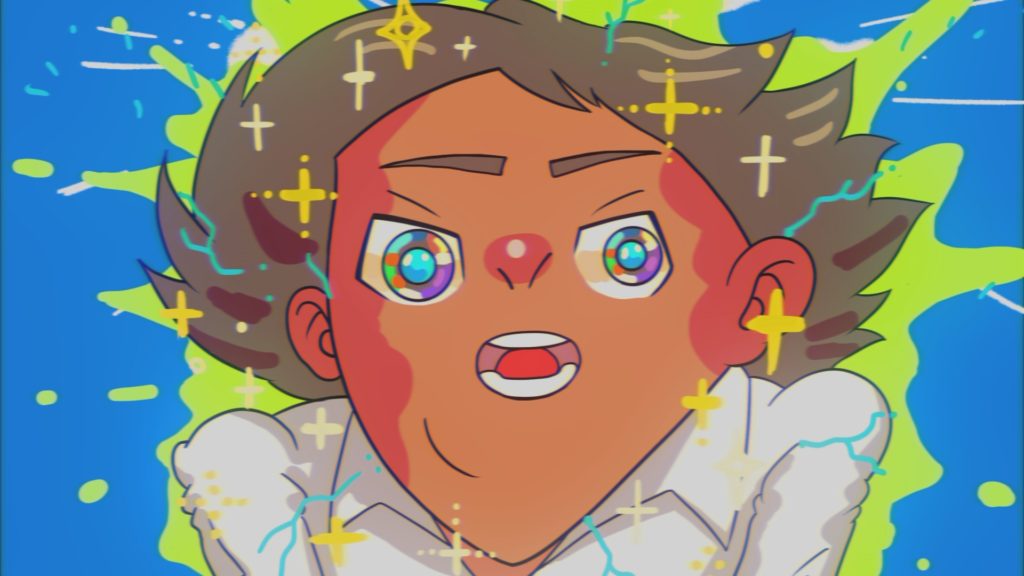 AC-bu and Sumito Oowara have teamed up to create a new trailer for the upcoming New Chitose Airport International Animation Festival, running for the seventh year running this November. The trailer, produced by the minds behind Hellshake Yano and Bob Epic Team, is based on the Keep Your Hands Off Eizouken! creator’s key visual that was produced back in August. You can check it out below:

That’s certainly one liberal interpretation, taking as its starting point the expression that Oowara’s character was making in the key visual. According to AC-bu, this is because they were flying through the air in a plane and making an anime at the same time, which isn’t exactly a good combo.

Predictably, they come crashing to the ground, but manage to save themselves by pushing their legs through the plane’s bottom and landing on the runway. At the very end, the plane is also transformed into a projector, which actually acts as a good visual representation of the fact that Chitose airport has its own three-screen cinema. 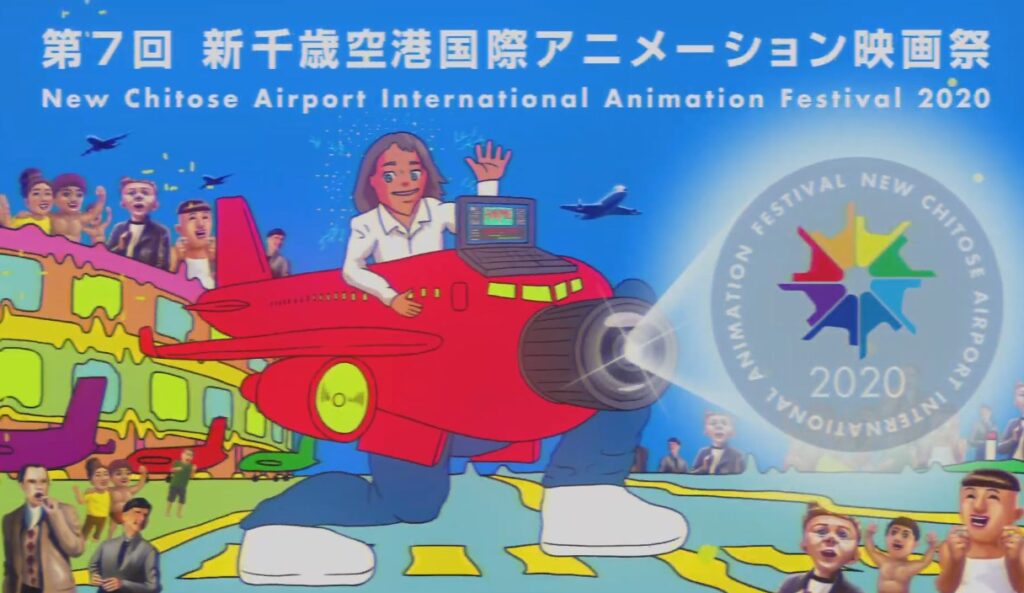 What struck me most about this promotional video created for the New Chitose Airport International Animation Festival 2020, however, was how well Sumito Oowara and AC-bu’s style worked together. Perhaps this is no surprise given that both creators (AC-bu is made up of only two people) have quite sketchy, chaotic art styles, but I’d be lying if I said I wasn’t interested in seeing them work together more. It might have been nice to give them an opportunity to contribute to the Keep Your Hands Off Eizouken! anime, actually.

What’s more, the ethos of the New Chitose Airport International Animation Festival event fits in quite well with both creators’ back story. Intended to promote the futures of young animators across the globe, Sumito Oowara also started out as an amateur animator participating in Comitia. AC-bu, meanwhile, was formed while the two founders were in art school.

The New Chitose Airport International Animation Festival 2020 will take place from November 20 to November 23. Most of it also streaming online due to COVID-19, so don’t hesitate to check out the official website for more information.

Keep Your Hands Off Eizouken! Episode 5: We Have Liftoff