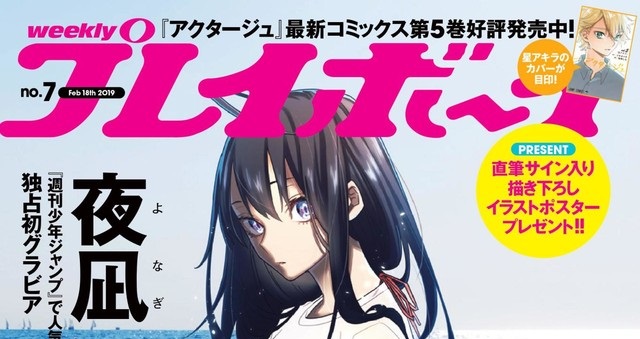 It was in the early months of 2018 that the first article I wrote for this site, a piece about a manga called ACT-AGE, was published. With that being said, it’s pretty safe to say that I have a fairly strong connection to the series. The series follows Yonagi Kei, a young girl with an uncanny ability for method acting, as she works her way up in the world of entertainment. With the series’ story being handled by Tatsuya Matsuki, as well as art by Shiro Usazaki, it has consistently been one of my favorite series to read in the pages of Weekly Shonen Jump. And now, with the series celebrating it’s first anniversary, Shueisha has pulled out all of the stops to give it all the attention it deserves.

Firstly, as you may be aware, Japan often suffers from disasters of various kinds, both natural and man-made. The FDMA (Fire and Disaster Management Agency) operates around Japan to protect citizens from these types of disasters through preventative as well as responsive measures. Joining them in this task will be none other than the new face of their newest fire safety campaign, Yonagi Kei: 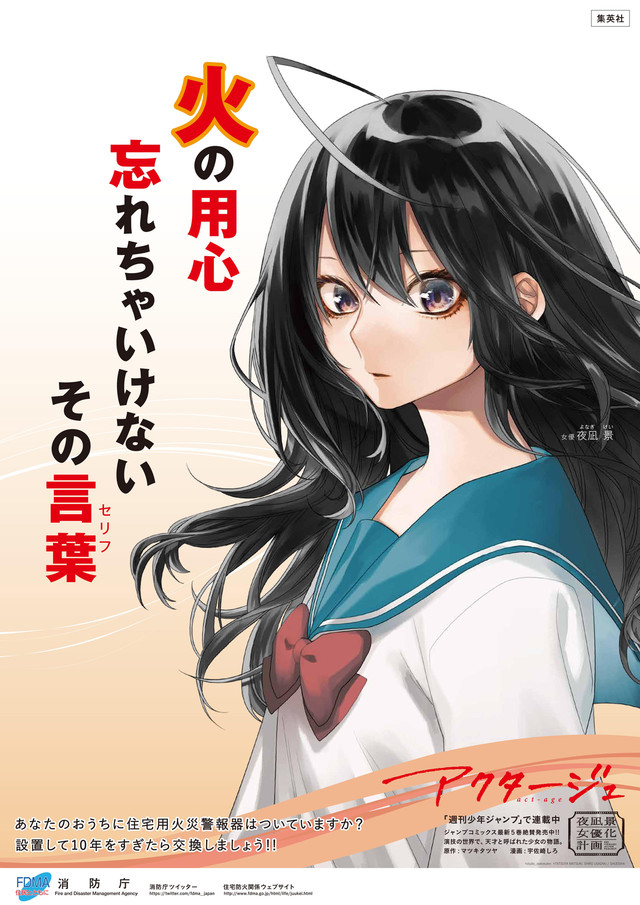 This isn’t the first time that the FDMA has collaborated with stars of the anime and manga world. They previously ran a campaign with Atsushi Ohkubo’s Fire Force manga – set to receive an anime adaptation by David Productions very soon – on fire safety. But still, Yonagi Kei’s face will be going up all around Japan in the name of fire safety and the series’ first anniversary.

Aside from being the front cover and color page of this week’s issue of Weekly Shonen Jump, Yonagi Kei will also be appearing in many Japanese bookstores on the front cover of Shueisha’s own Weekly Playboy. Attached to the issue is also a special ‘fanbook’ with more illustrations of Yonagi from series artist Shiro. 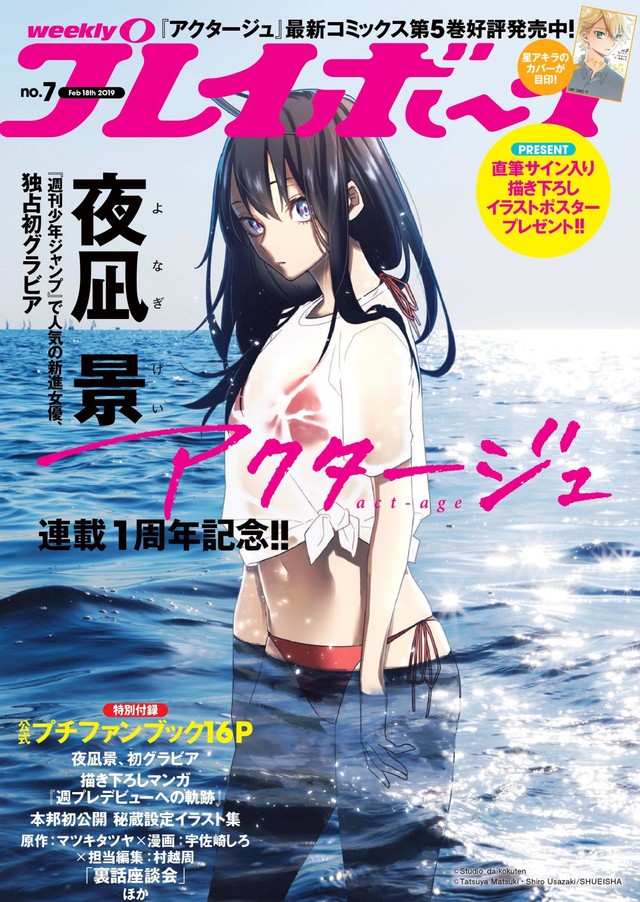 It’s worth noting that Shueisha’s Playboy is slightly different from the Western Playboy, as it features news items and a few comics alongside its gravure offerings. Perhaps it could be considered as more of a tabloid, in this sense. Regardless, it’s certainly amusing to imagine the kind of surprised look that a loyal Playboy reader at the inclusion of a beautiful anime girl alongside beautiful ‘real’ women.

While both of these campaigns might seem a bit strange at a glance, they actually make a lot of sense in terms of the series’ story. These campaigns come at a particular point in the story where Yonagi has come into quite a bit of fame, and to see this ‘bleed out’ into the real world in exactly the same way a real actress would is really cool.

If you’re interested in picking up ACT-AGE in light of the first anniversary, then VIZ Media is currently translating the series as part of their Jump Start initiative.