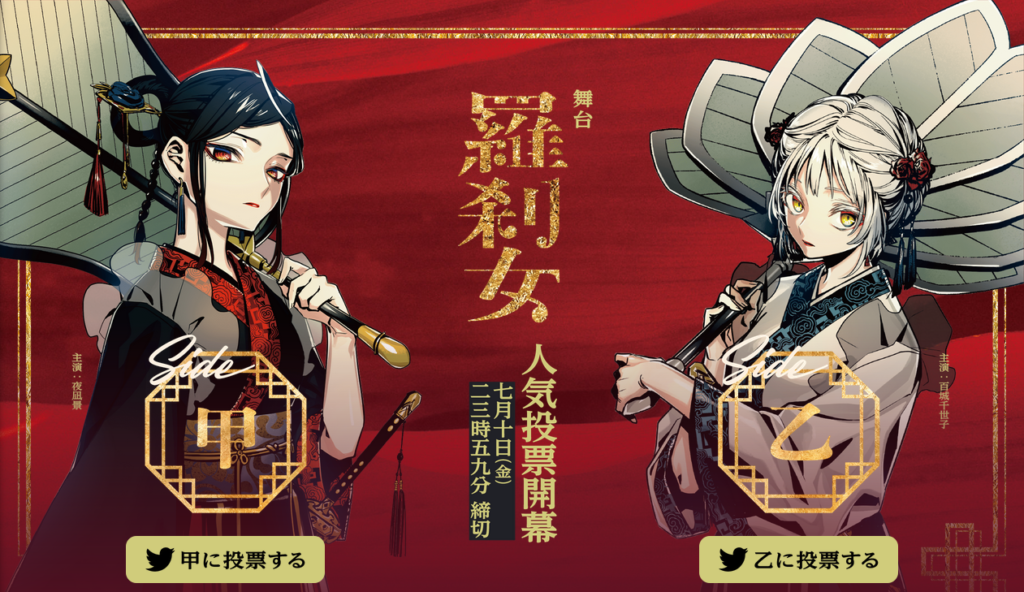 Announced alongside the release of the series’ 12th collected volume, Tatsuya Matsuki and Shiro Usazaki’s Act-Age is holding a popularity poll like no other. Blurring the line between fiction and reality, the series’ ‘Double Cast’ arc is playing out in real life, pitting the two characters Yonagi and Chiyoko against each other Taken alongside some of the series’ previous advertising campaigns, it seems clear that this is a conscious strategy on the part of Shueisha – and it seems to be working.

As to how this Act-Age popularity poll mirrors the series’ recent ‘Double Cast’ arc, the answer is quite simple. In the manga, protagonist Yonagi Kei is pitted against her rival, Chiyoko Momoshiro, in a battle orchestrated by the mysterious producer Shinichi Amachi to generate media attention. Interpreting exactly the same play in the same roles, Yonagi and Chiyoko compete with each other in terms of their raw acting ability – the outcome of which is decided by an internet poll.

It is by retweeting the relevant tweet for each ‘side’ from the series’ official account that users can express their support for either Yonagi or Chiyoko, and any tweets made using the relevant hashtags are also counted. This is alongside views on each one of the series’ animated PVs – it’s almost as if the company wants to mobilise fan support for free publicity!

Expressing your support for either character and/or making fiction into reality isn’t the only reason to participate in the latest Act-Age popularity poll, however. 200 lucky people will receive a special, limited edition DVD (see above, right) containing the animated PVs, and everyone receives a picture (left) from the relevant character when they retweet. You have until July 10 to do so, after which the results will presumably be announced.

Taken alongside Shueisha’s other marketing efforts for the series, such as the JVC brand ambassadorship, it seems clear that this Act-Age popularity poll is just one more iteration of the company’s promotional plan for the series. Can we expect to see more campaigns like this in the future? Absolutely.

You can check out more information on the Act-Age popularity poll via the official website.