AES/MVS to Mini: Breaking Down the Neo Geo Console Family 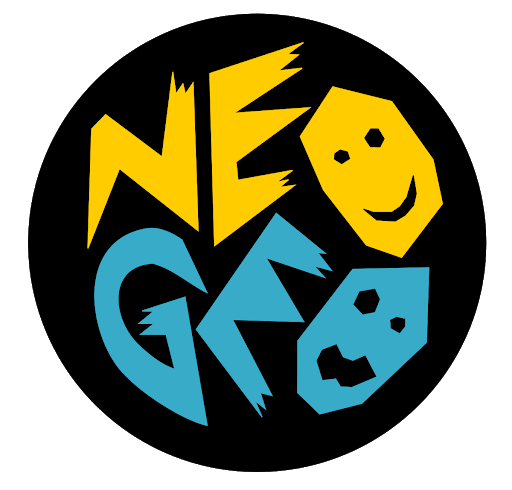 Neo Geo has always been a familiar name to me when it came to gaming. From Metal Slug to The King of Fighters, many arcade games that I played began with that familiar tune and splash screen showing the Neo Geo logo. Although I would never own a Neo Geo home console nor know anyone that had one, I was always well aware of its popularity and impact.

That being said, I’m also aware that it might not be as well known to new gamers. The Neo Geo family is an interesting one for sure, complete with follow-up consoles that never matched the heights of the first and a constant failure to catch on with the Western audience. It’s a history marked with successes, failures, and an unquestionable impact on the greater video game world.

I’m hoping that this article can shed some light on the Neo Geo family. They’ve crafted an incredible legacy that’s easy to miss because it’s not a current major contender when it comes to modern video game consoles. But it’s important to understand what the Neo Geo accomplished and why it’s possible that their legacy isn’t over just yet.

It all begins with the Neo Geo Multi Video System (MVS) and Neo Geo Advanced Entertainment System (AVS). As the other big video game companies focused on creating new video game consoles for the home, SNK decided to focus on improvements in the arcade scene.

Common arcade machines held a single game and the work needed to change the game could require a complete overhaul of the cabinet. Their effort is represented by the cost-saving designs of the MVS: the cabinet could hold up to six games and changing games were handled by simply swapping out cartridges.

It was an innovative product that saved arcades money, time, and space. On top of all that, the MVS still managed to perform as a high-quality arcade unit in comparison to everything else that was in arcades at the time. Needless to say, the MVS was a huge hit!

But that wasn’t the end of SNK’s plans. They wanted to bring their arcade games outside of arcades, without sacrificing quality (arcade games ported to home consoles were typically inferior due to system limits). A home console-equivalent of the MVS was made and allowed for rentals in hotels and restaurants within Japan. This console was called the AES.

What SNK probably didn’t expect was for the AES to be met with such high praise and demand from those that played it.

As expensive as the console was, the popularity and demand for a purchasable version of it was so great that SNK decided to fully bring the AES into the home console market the following year. Its marketed superiority over other video game consoles led to it being sold as one of the most expensive consoles of all time.

Unfortunately, its price was a major reason why it wouldn’t sell well in the West. More recently we look to the PS3 as being a console that was initially hurt by its price tag of $600 (I know I had to wait for some deep price cuts before even mentioning that I wanted one to my mother), but the Neo Geo sold for $650.

This was a large difference in comparison to the other consoles in the 1991 market which were $199 at best.

Huge price and failure to grasp the Western markets aside, the AES was still a success. Many saw SNK’s first Neo Geo console to be worth the price thanks to its graphics, controller, and for being the first console to have a memory card.

Even as future Neo Geo consoles would attempt to grab a share of the market, the AES remained in support. The final game for the AES would be released in July of 2004!

The fourteen years of support and games would make the AES the longest supported console in history. But that isn’t to say it wouldn’t be outclassed over time and that SNK wouldn’t attempt to stay relevant with new hardware.

As technology improved over time, the video game industry began to shift from using cartridges to using compact discs. SNK would try to board the CD train in 1994 with the release of the Neo Geo CD.

Although there would be a few exclusives to the system, it was effectively a cheaper costing counterpart to the AES. The switch to CDs also allowed the console to play music CDs and to output higher quality audio.

The detriments of the console would prove to be more noteworthy than its strengths though. A major issue was its extremely long loading times, which could take up to a minute in some situations.

Another was that by continuing to make AES and other Neo Geo arcades available on this cheaper system, it meant a noticeable lack of 3D games that other consoles on the market were emphasizing with.

SNK would try to remedy this by making an upgraded version (Neo Geo CDZ) that improved loading times, but it would only be released in Japan and the console would be discontinued in 1997.

In order to set an improvement over the Neo Geo MVS, and perhaps an attempt to learn from their mistakes with the Neo Geo CD, SNK would push their efforts into releasing a new arcade system.

The Hyper Neo Geo 64 released in 1997 and was notable for being the company’s step into the 3D game market. It would, unfortunately, fail in comparison to the MVS, and discontinue in 1999 with only seven titles to catalog.

SNK would dip their toes into the handheld market as well. Their first foray into handhelds would be with the Neo Geo Pocket in 1998.

Even without taking into account the lack of third-party games, the superior-tech inside the monochrome handheld didn’t stand a chance against the much more appealing visuals offered by the Game Boy Color. It was discontinued the following year.

Soon after it was retired, SNK released the Neo Geo Pocket Color. They also made the decision to release the new handheld in American markets to capture more sales. Although the system would fare better than its predecessor and have a notable selection of titles released for it.

It would still fail to compete with Nintendo’s Game Boy Color thanks to the size of the latter’s catalog (along with certain must-have titles such as Pokemon), as well as internal problems when SNK was bought out by pachinko maker Aruze, which “did little to support SNK’s video game business”. 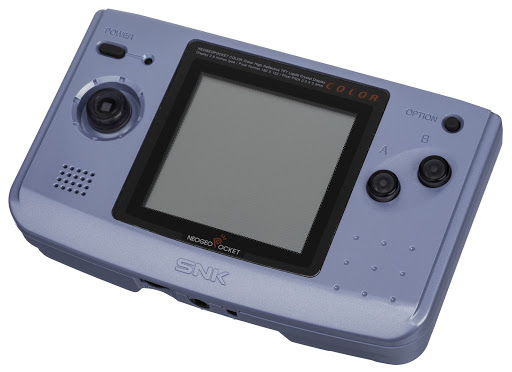 The Neo Geo Pocket Color would be discontinued in 2001, two years after it launched. It would be the company’s final hardware production for many years. After the final game released for the original Neo Geo AES console in 2004, it was assumed that the book had been closed on the Neo Geo series.

The console was released in December of 2012 to mixed reviews. Fans were happy to be playing a new Neo Geo console and appreciated the physical design of the handheld. Common complaints stemmed from the emulation of the games and how they looked, which were made far worse when connecting to a television output. 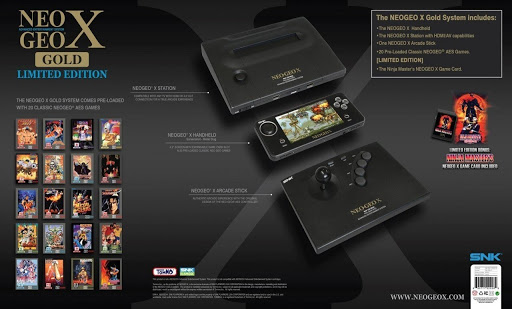 For reasons that were never confirmed, SNK made a public cease and desist notice to the manufacturer in October 2013, less than a year after the console launched. The manufacturer would update their own plans to fight back against SNK’s decision a few months later.

Although the newest entry in the Neo Geo series would burn out within a year, the sudden halt of its production has led it to become a recent collector’s item.

The Neo Geo brand would fall to silence again for a few years. But there would be more to their story. After being leaked days prior, the Neo Geo Mini was officially announced in May of 2018.

In order to celebrate SNK’s 40th anniversary, they released the Neo Geo Mini, a small arcade-cabinet shaped retro game system that came packaged with 40 AES games. It’s made in a similar vein to other retro systems such as the latter announced Playstation Classic.

A few different versions of the cabinet have been made, and sales were great! Great enough that SNK began to evaluate hardware again. 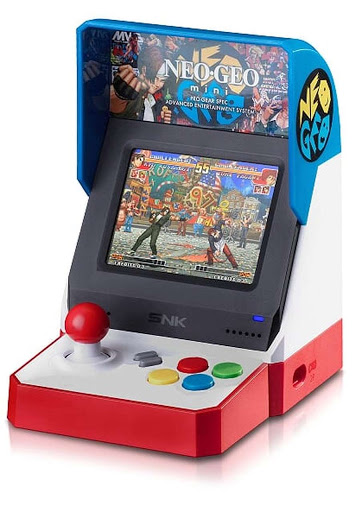 In September of 2019, SNK announced a new Neo Geo product: the Neo Geo Arcade Stick Pro. Functioning as an arcade stick that can output to a TV along with its 20 packaged fighting games, it can also be connected to the Neo Geo Mini. Many assumed this to be the “Neo Geo 2”, although this hasn’t been confirmed nor denied. 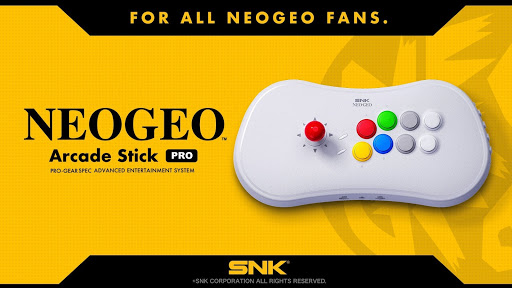 Nothing new has been said about the successor consoles. All we know is that SNK sees value in making more Neo Geo hardware. While companies such as Sega have dropped their hardware production to focus on software, it’s interesting to see one continually come back, even if they’re never one of the big three competing ones. I know I’m excited to see what they do next, whether it’s another controversial handheld or another hallmark console in the video game industry.