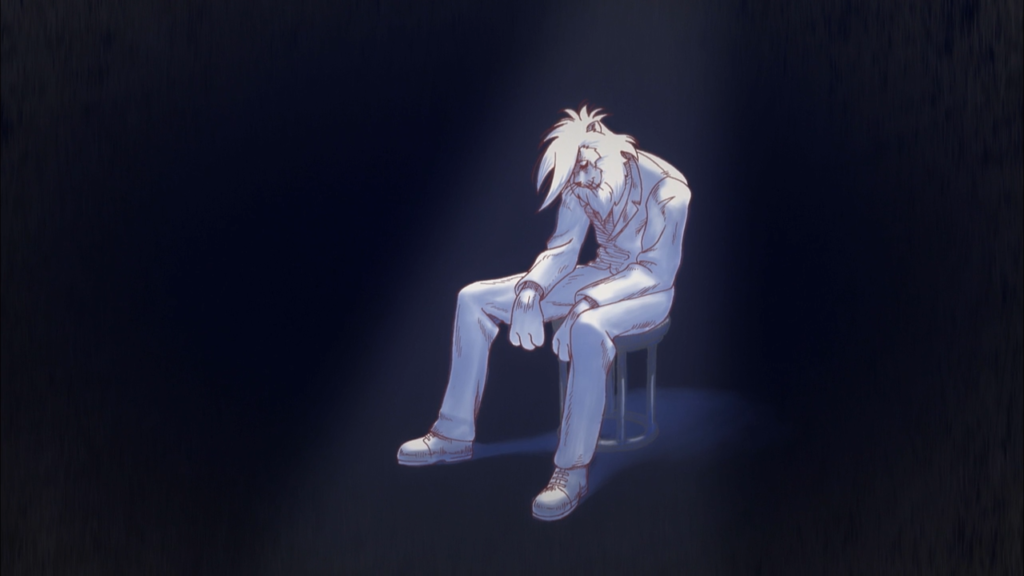 Africa Salaryman episode 10 feels like an episode of an anime with its eye on the clock, waiting for the time it can clock out. Still able to produce some decent pieces of work, its focus is elsewhere, as it looks at what comes next. It knows in just a few short weeks it’ll be over and is now intent on running down the clock and willing for that moment to come sooner.

Two episodes of Africa Salaryman remain, and while the episode may once again be an improvement over the last, it hardly feels like an episode, indeed a series, I can recommend at this point. There are some redeeming elements here, so read on to find out what those points are. 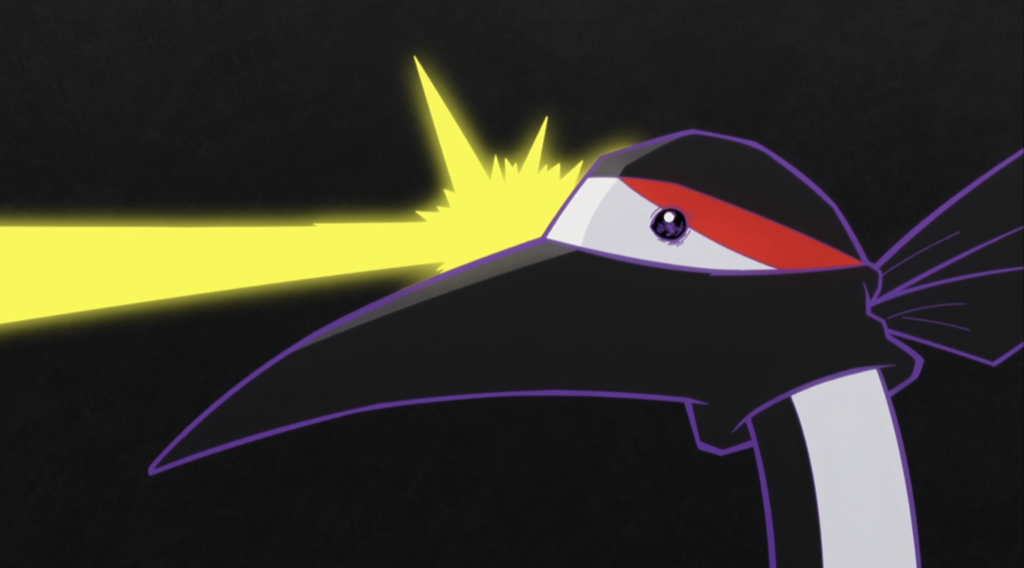 Africa Stress Check is perhaps one of the funnier stories the series has had in recent weeks, playing with audience expectations and switching the dynamic up through the introduction of a new character who actually positively impacts the events on screen.

Africa Stress Check is a tongue-in-cheek skit relating to stress evaluations and physical health check-ups for our main cast. Joining them is a new character, a mute crane, who recently entered the company and is, therefore, having to go through a stress check and physical exam for the first time. Stress tests check for the signs of latent stress, while physical tests are there to check whether you have any physical issues.

While I’m not going to pretend this story was anything groundbreaking, it’s a skit that counters many of the issues I’ve held with the series throughout. Much of the comedy not only utilizes the character’s unique traits and traits of their species to good effect, but it also attempts to subvert audience expectations in ways that were even able to get a chuckle out of me for what felt like the first time in weeks.

I especially like how the story allowed Lion’s character to shine. Way back in the very first episode of Africa Salaryman, the anime led its audience to believe that Lion would be the most prominent of our main trio, a fact that hasn’t come to pass in the 10 episodes (including this week) which have come to pass since then. They were the first character introduced to the audience; we got a glimpse at their home life and their personality, all before the other characters were introduced. With this and the fact they appear front and center of promotional material for the show, you’d think the character would be present a lot more than they are in reality. Since then, they’ve featured only rarely, with Toucan’s marmite personality and mannerisms taking up the majority of screen time. 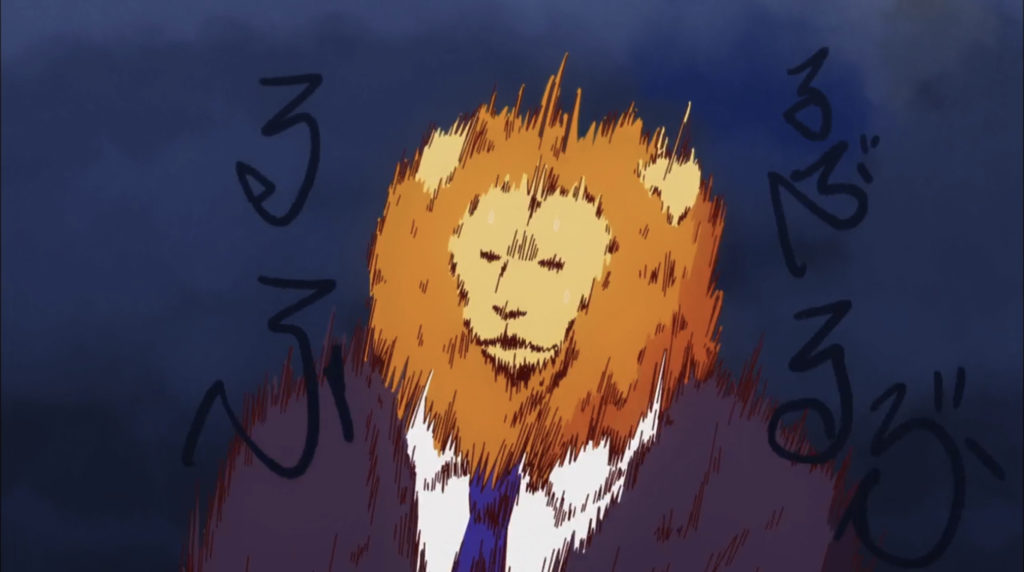 This skit not only centers Lion but also plays with his expected role as king of the jungle. Picturing a lion, you think about their bravery and strength, their ability to stand up to any challenge. They’re the top of the food chain out in the wild, they rule the lands, the predator which makes every animal below them their prey. What you don’t imagine, however, is a scaredy-cat who hates blood and needles, shaking uncontrollably at the thought of having blood drawn.

This is played up for the majority of the remainder of the episode, the fear contrasting what you expect from an animal like him that works to moderate effect, even if it does outstay its welcome as a punchline a little.

Considering I enjoyed the skit, however, this puts Africa Salaryman episode 10 in good standing for the rest of the episode to come. I was enjoying the anime again! 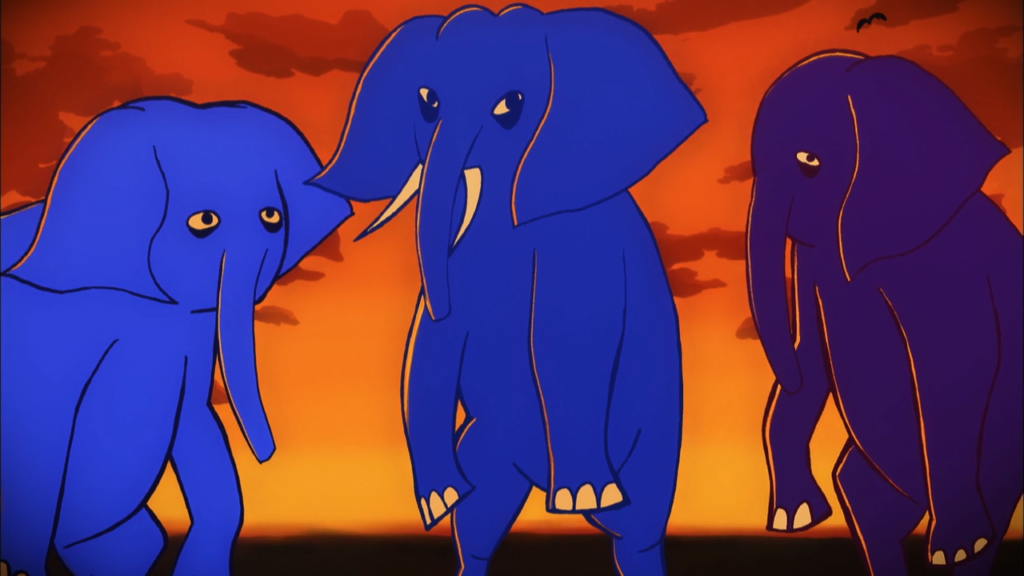 It wasn’t to last.

The issue with the remainder of Africa Salaryman episode 10 is that the rest of the episode isn’t all that good. Within just a few minutes of this first skit coming to a close, I was once again bored, emotionless, willing for the episode to end.

The first skit which followed it was a quiz game parody, led by Toucan and taking the form of the psychological fitness test mentioned at the beginning of the episode. The questions regarding stress do take the form of a survey of the staff in any case, so in many ways turning this part of the episode into a parody like this should work, in theory.

Instead, just like Lizard himself, I was bored of Toucan’s antics and ready to sleep. 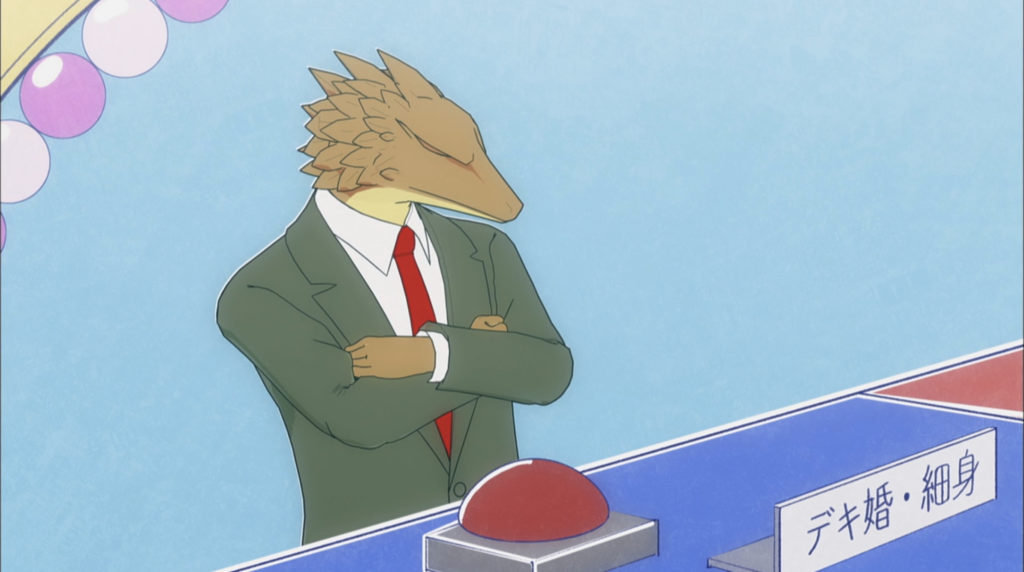 What follows this is one last story centering around Crane, the anime’s newest character, helping the audience get to know him a little more while throwing the character into an awkward situation. Similar to the issues episode 9 suffered from last week, however, this falls apart when you make the character rather unlikeable to the point where, rather than laughing when his plan falls apart, you’re instead glad they’re paying a price for the problems they caused.

Their ‘plan’ involves their attempts to become viral on YouTube, partially as a way to earn money and partially as a way to gain confidence. With this in mind, he mines the misfortune and problems plaguing his current work for YouTube fame, gladly plastering embarrassing photos and videos of Lion, Lizard, Toucan and the others all over the video in order to become popular at their expense.

This works at first. The video goes viral! Until it puts him into the crossfire of his colleagues. This rollercoaster progression is supposed to be a source of humor this story relies upon, but without an established character at the center and without a more lighthearted side to events (rather than feature the characters prominently in the video it could have been more subtle and had the others work out it was them over time), it feels cruel and unnecessary. 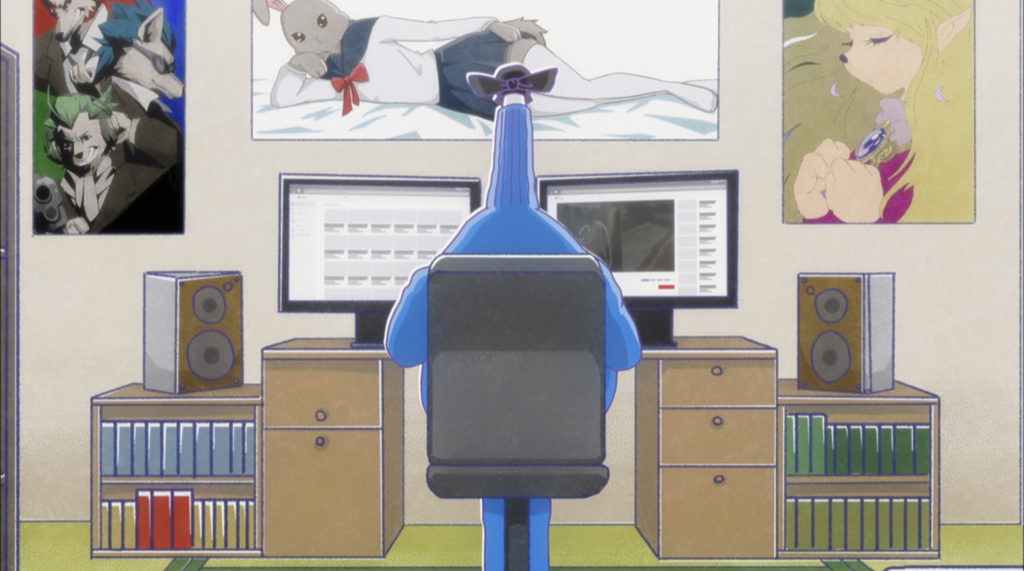 While Africa Salaryman episode 10 is an improvement over some recent efforts, and even though I found myself rather enjoying the opening moments of this week’s episode, I can’t help but once again feel disappointed coming away from this episode.

There’s something almost heartbreaking about being intrigued by a concept enough to try it at the beginning of a season, only to become happy when a meta-joke of a character stating there were only 2 episodes left of the series after the current one leaves you feeling an awkward sense of relief.