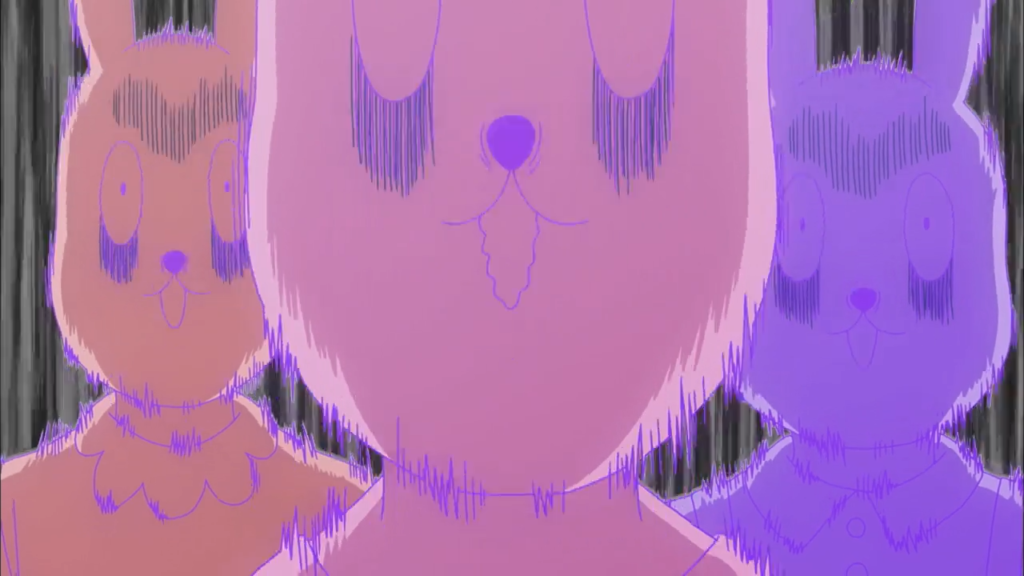 It’s a descent into the random and asinine that has doomed Africa Salaryman for much of the second half of its runtime. Often these weird asides and out-of-nowhere different takes on the series’ pre-established formula end up doing more harm than good to the quality of any given episode. Africa Salaryman episode 11, the penultimate episode of the series, is another example of how attempts to reinvigorate an anime’s established formula without consideration of how it fits within the series’ structure can hinder an anime’s enjoyment in the long run. 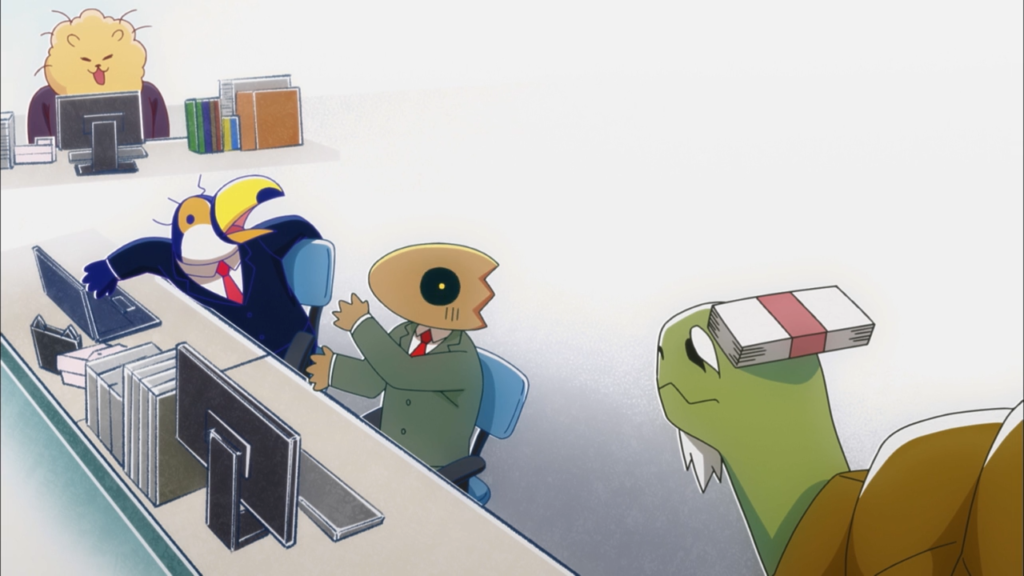 Last week’s episode saw the introduction of Crane into the company, a character with a timid, unassuming exterior and a judgemental opinion of those around him. Easy to perceive as a one-off gag following his initial introduction, the biggest issue I had with the character was how unlikeable they were. While they were the subject of the comedy for the episode, their very recent introduction left you unable to hold any interest for the character over the rest of the cast, and their unpleasant demeanor was an obstacle to becoming invested in the episode and its comedy (something the anime has struggled to do for many weeks at this point). Frustratingly as well, as a viewer, is that the anime had this same issue earlier in the series with Honeyguide, a character with equally abrasive personality traits that became central to an attempt to create sympathetic comedy which overall failed due to a lack of connection to them as a person.

Jokes made by Crane during their introductory episode were not all that funny and often came across as cruel and unnecessary, which really took me out of the episode as a whole. For Africa Salaryman episode 11, Crane has returned to the spotlight as he attempts to… blow up his co-workers with a home-made explosive?

I look back at this segment of the anime and see it as a microcosm for the issues which have plagued the anime throughout its runtime. At first, as could be seen during episode 1 and half of episode 2, there was an insightful satirical spin on the events unfolding. At times the situations our characters were stuck in would be silly, yet there’d be a purpose to this all the same. There would be a reason for the anime to, for example, send our characters out on a pointless mission to design a mascot character, with the series’ best skits to date having something to say that compliments and enhances the humor of the skit itself. 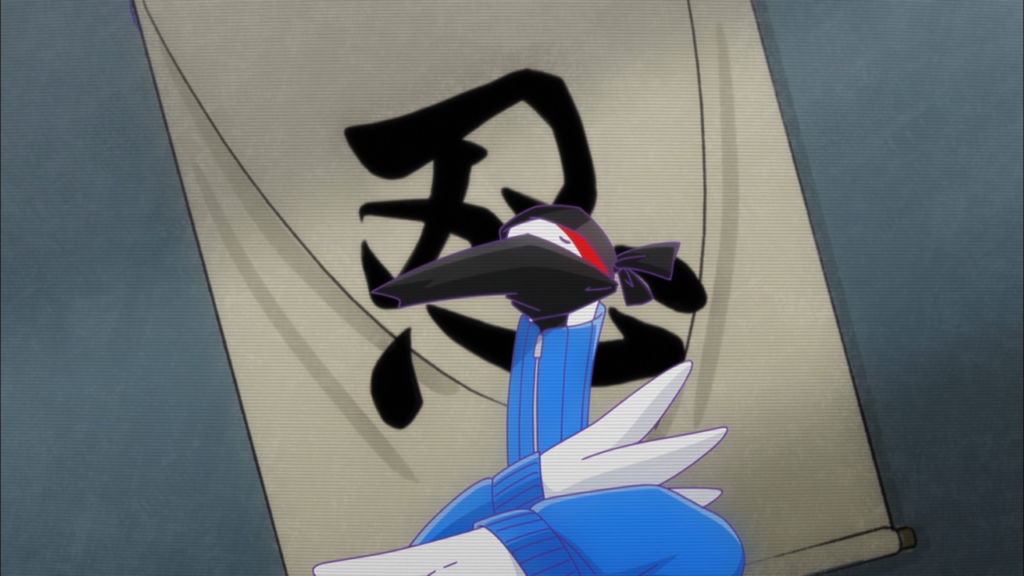 For this first story of Africa Salaryman episode 11, this sense of purpose is simply non-existent. What has annoyed Crane to the point where they want to potentially murder their co-workers? There isn’t one. Their description of their plan is essentially the first sight of the character within the episode. Both the barbecue itself and the actions of Crane lack any reasoning behind them, making them feel random and out of nowhere and personally leaving me more confused at events going on than anything else. Being random and unexpected is not a sign of comedic genius but a lack of understanding regarding how to make an effective comedy, and it’s not the first time the anime has fallen down this path.

Stories like this are the reason this anime has become a rather frustrating viewing experience over the past few months. Even with just one episode remaining, I can see potential in the anime’s set-up and characterization for a standard of quality much higher than what Africa Salaryman episode 11, and many other episodes throughout the series, for that matter, can provide.

The second half of the episode isn’t much of an improvement in that regard, either.

The second half of Africa Salaryman episode 11 feels lost, in many ways. The general concept behind this skit is that Lion, Toucan and Lizard have been tasked with handing out flyers that the boss hopes will improve the image of the company, having been given a bad reputation due to past actions. The flyers aren’t considered to be particularly convincing at this job, however, meaning our trio needs to find their own ways of getting rid of these flyers to avoid the ire of their boss. 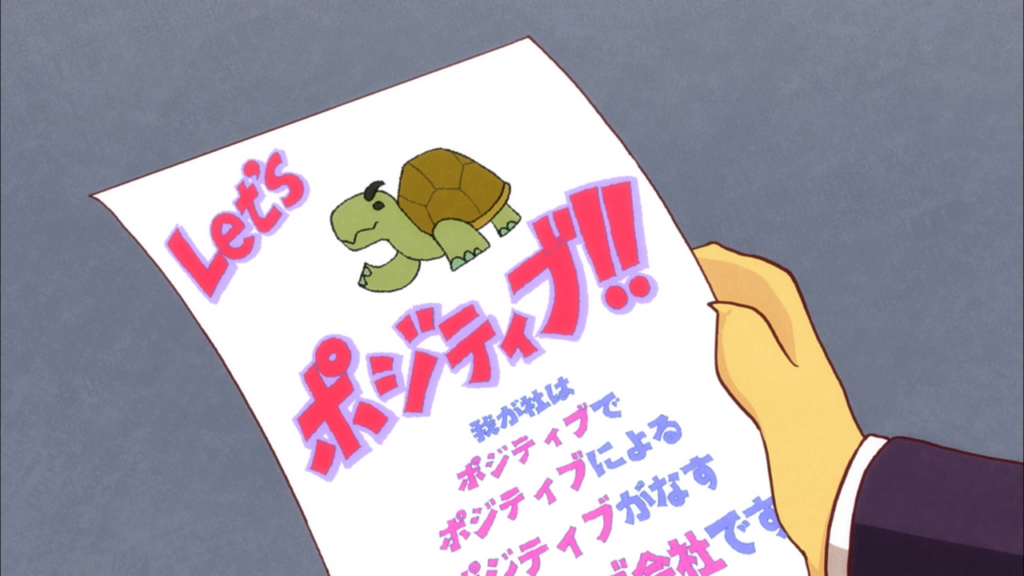 While this story is an improvement over the first, I found it to be boring and lacking in creativity. Many of the jokes being made here are not only unoriginal but are also jokes the anime has tried (and failed) to execute in the past. Lion is once again an intimidating figure in spite of being nice at heart, Lizard is a person all the girl’s fall in love with, making it very easy for him to hand out his flyers in spite of their contents. These are jokes that have been told many times before, and without any attempt to evolve them beyond what they were back in the very first episode, it’s no longer as funny as it once was.

Every single joke in this episode takes this direction. Even the idea of the evil boss that suddenly decides to do something nice for his employees before asking them to do him a favor is something the anime already attempted within the first half of this week’s episode. It’s repetitive and it leads me to disengage with what’s going on.

However, with one episode left to go, Africa Salaryman episode 11 does attempt to build up towards a big finish in next week’s episode, something the skit does a better job at than making me laugh. In the closing moments, the boss demands they develop a presentation regarding an old idea for a Cinema Cafe for a competition for the following week. The stage is set for the presentation through the hook of Lion’s former college rivals also being in competition against them, and though it doesn’t exactly leave me on tenterhooks to find out what happens next, it did provoke a little bit of intrigue, which is a stronger emotion than I felt about many other moments of the episode as a whole. 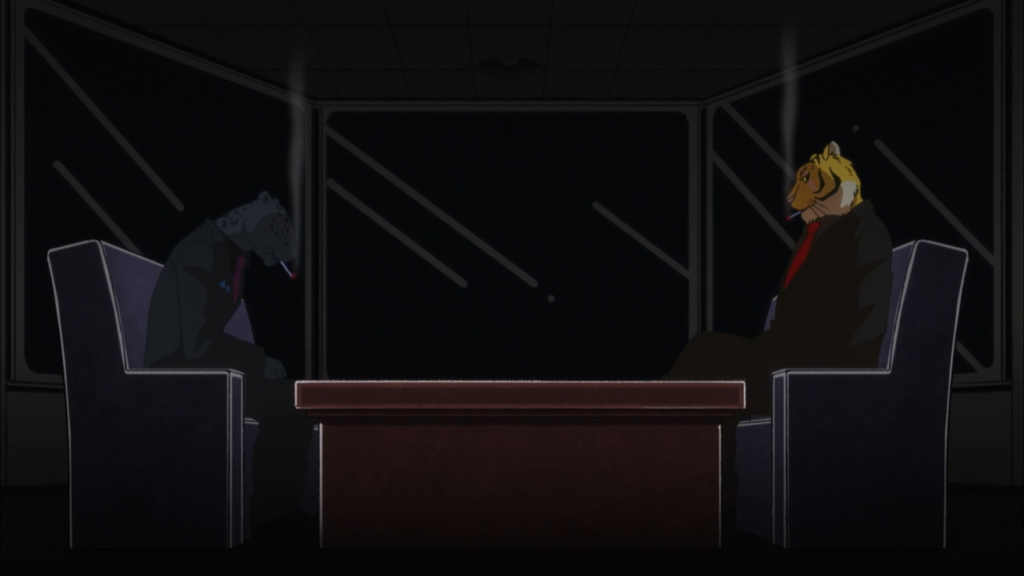 With one week left to go, Africa Salaryman episode 11 attempts to leave a final positive impression on the viewer in spite of a lackluster experience overall. This week’s episode may overall be rather lackluster in its execution, yet it ends with a teaser for a potentially more exciting final episode that looks to mix the series’ comedy with more personal introspection for at least one of our main characters. Whether it can succeed at this following the low standards set by recent episodes remains to be seen, however, I would like to see this series I once thought had potential end on a high note that attempts to fulfill these early hopes I once held for it.