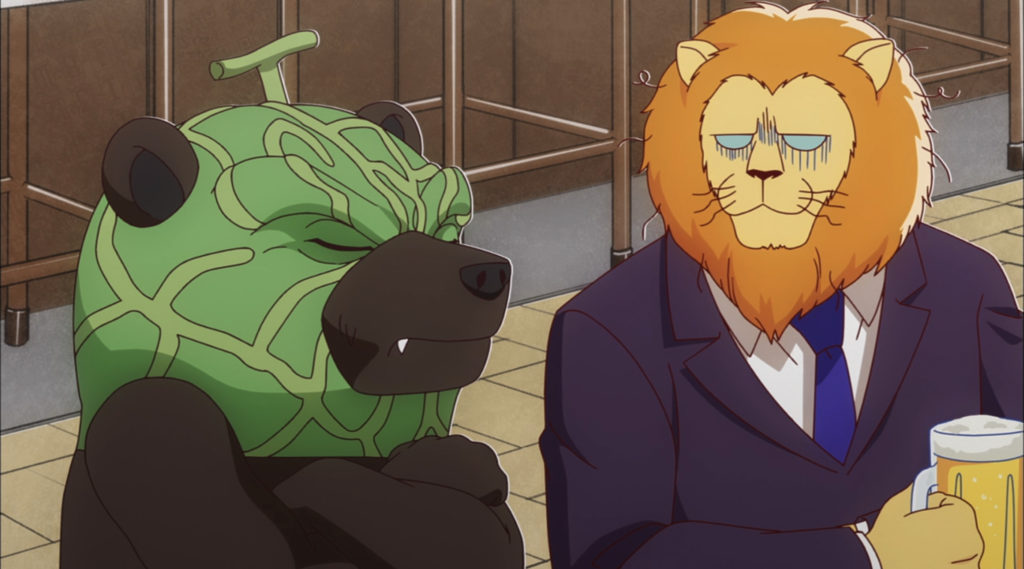 Writing my impressions on Africa Salaryman episode 4 is difficult. The compliments I have with the show remain the same, as do my complaints. At times, everything about this Saharan-Japanese office comedy clicks together, the mundanity of daily life clashing with the absurdity of its animal cast clashing in just the right way to leave you constantly laughing or at least smiling for minutes on end, while other moments leave you willing for the episode to be over. Previous episodes of Africa Salaryman have had a consistency issue, and episode 4 is no different, although this episode’s inconsistency is less caused by ideas failing to connect with an audience and more the result of a set up for a story simply running out of steam.

Let’s take the two halves of this episode individually so I can better explain this problem. The first half of the episode revolves around Lion needing to go to the dentist to deal with a cavity after his co-workers convince him to go following his pain while trying to eat ice cream; and you know what, it works! This has the show’s best elements in it, as a mundane situation is brought to life through experimental visual ideas that blend animation styles and the spanner in the works of the predator-prey dynamic and reality of their lives as animals. 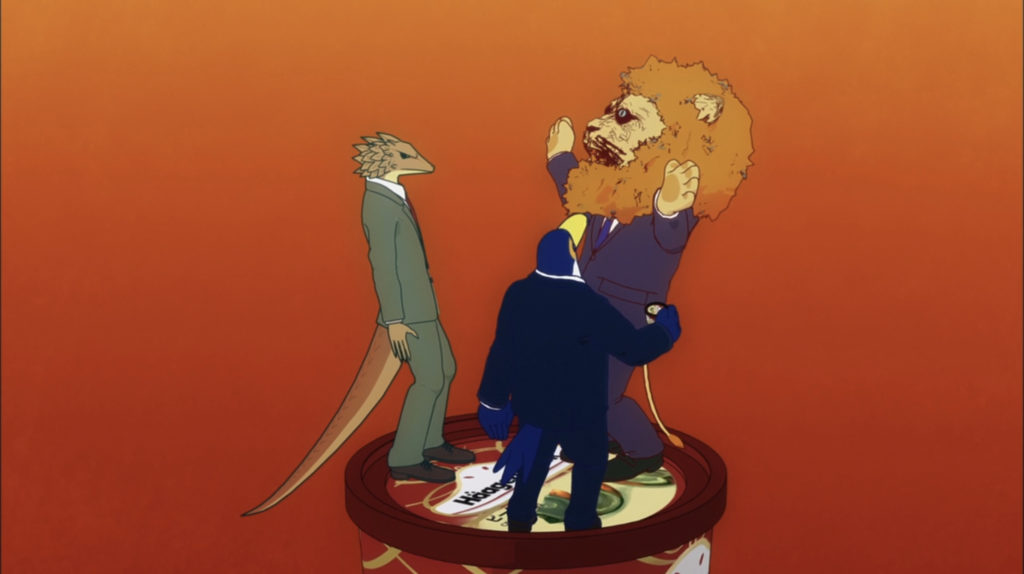 A lion going to a dentist would be terrifying! Imagine being a dentist and suddenly finding you have to treat the 30 sharp canines in a lion’s mouth, especially if you look like what that lion would happily go home and eat after their appointment. You’re going to inflict a lot of pain on this lion for the purpose of helping them, yet this caring purpose won’t protect you if the innate instincts of the predator kick in if you catch their tooth the wrong way. As a dentist, you’re dicing with death.

While the story concept is unique and it makes the most of its setting and indulges itself with art style and animation style shifts, it suffers from repetition and running out of steam. The set-up works, and those first few moments at the dentist were genuinely funny, but then the same jokes were repeated for minutes on end, and as with any joke, it simply stops being funny after a while.

The same issue applies to the episode’s second story, about mascot characters. There’s some interesting social commentary to be had about the lives of both the mascot characters and our main characters as they get pushed around by the whims of people above them for what feels like little reward, often without proper recognition or even much value being put into the work they do. They may find their own value, but its easy for that to be stepped on. For these reasons alone its serious undertones make this the better story of the episode and make it a genuinely compelling watch. Even this doesn’t stop it from overstaying its welcome as, although each of our trio of animals, Lion, Toucan and Lizard, meet different mascot characters to discuss their work, the conversation structure is mostly identical and makes it, just like part 1, feel repetitive and causes it to overstay its welcome. 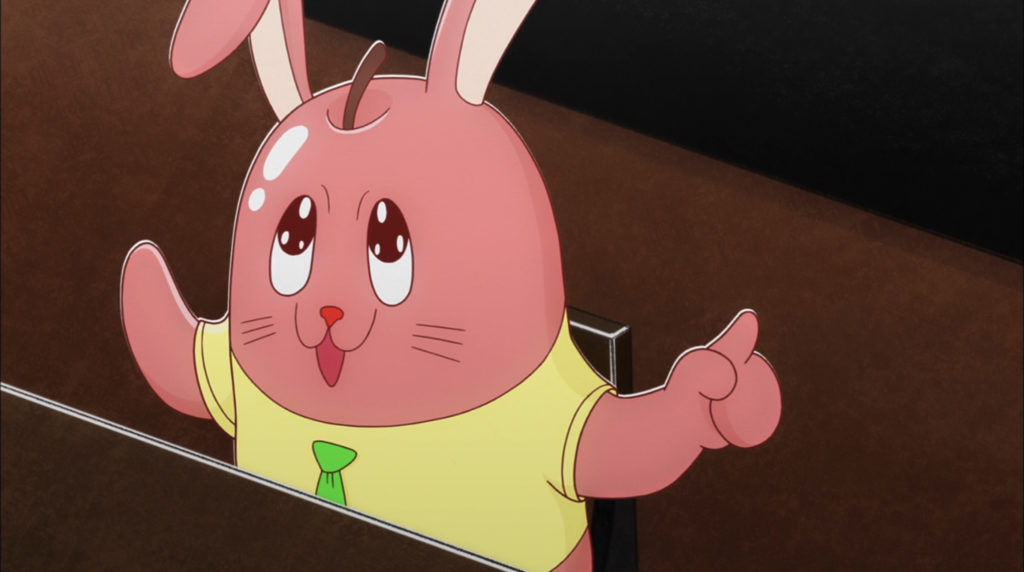 Four episodes in and Africa Salaryman remains an enjoyable yet ultimately frustrating experience. When it hits the right comedic notes, when it matches the potential its setting allows for, the show is a hilarious and enjoyable experience. Yet some stories fail to land or, in the case of this episode, a joke is unable to sustain a full 10 minute segment of an episode, and you’re left bored and willing for the end. The more of Africa Salaryman I watch the more I perhaps wish it was a 5-7 minute short anime, with rapid set-up and pay-off to its jokes that don’t get a chance to linger because of compressed runtime. No episode has felt this issue quite like this one, where both stories could really have benefited from this alternate structure.

While perhaps its strongest episode to date, Africa Salaryman episode 4 ends up simultaneously reminding the viewer of its best and worst qualities. Fans who can overcome this inconsistency will continue to enjoy this series, yet I wonder if the same could be said for everyone else. It doesn’t help that the anime is losing the fresh appeal of its first episode as it remains more restrained than the episodes that followed. The disregard to the idea of holding back that first episode indulged in made it easier to overlook issues with some of its characterization which only become more apparent as time goes on. Toucan has the most energy out of all of our main cast, yet this energy frequently steps over the line beyond even humor and into rampant disparaging of others, which loses an appeal and diminishes his character and humor surrounding him. Lion has not received much attention despite being the most prominent character in any promotional art, too. While this episode is still a fun time, even if it could do with being shorter to maximize its humor, I worry that the show is losing its way. Stories and animation are too restrained, while even four episodes in its pacing remains as inconsistent as ever. While I remain uncertain this anime will ba able to achieve this, I want to see this anime come out of this rut I fear it is becoming trapped in.