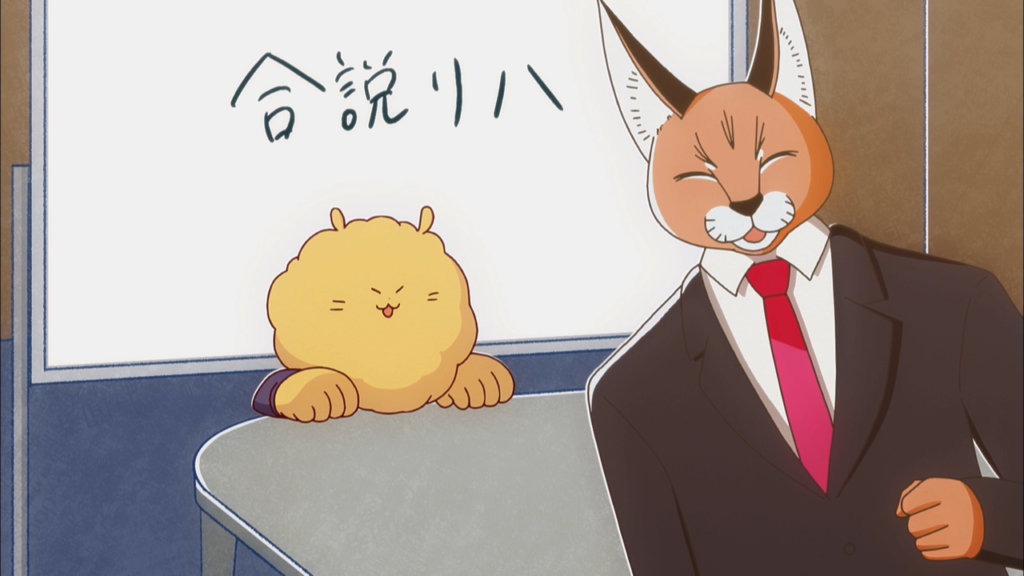 Africa Salaryman episode 5 is the episode where the appeal of the show, alongside the hope that it could recapture its first episode creativity, finally disappeared. While my reaction to many recent episodes had been mixed, I always held up hope because I can see the potential this show once held to be much more engaging and humorous. At this point, however, I no longer think I can recommend this anime to others.

If I were to pinpoint the exact moment this hope fell away, it would be right near the beginning of this episode. While clearly trying to subvert audience expectations for the punchline and subsequent story to follow, the episode begins with the exact same parody it rolled out multiple times in its opening episodes. Toucan is late for a meeting and runs to work with toast in his mouth. It’s a trope overused to the point where it only appears in anime when it is being parodied, to the point where even such parodies are overplayed, yet it indulges in it for not even the first time throughout the series’ short runtime. While the point this time is to create a surprise when the character is run over by a car and whisked off to heaven for a comedy skit, the result is an overriding emotion that the show is bereft of creativity and is struggling to find a direction to evolve in. 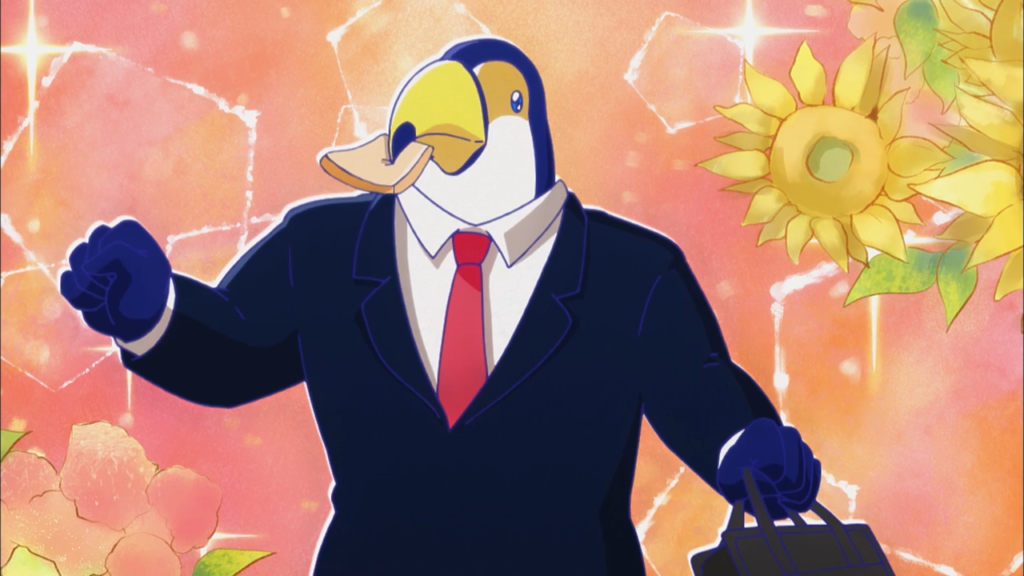 Which is a shame. What initially brought me to the anime before it premiered was its interesting setting and characters, and what sold me in its first episode was its originality, something this slaps in the face of. It’s not even like the rest of the story here can make amends for this, either, as the comedy feels bland and ineffectual. The two disparate tones of the Toucan in heaven and Lion and Lizard in a business meeting that Toucan is now late for don’t work together, and the whole story fails to land.

The next story of Africa Salaryman episode 5 is a non-event as well. While the number of stories focused on Toucan feel excessive to the point of blunting the impact the character is able to have on the show, going in the complete opposite direction to focus on a barely-featured side character has a similar effect. This story focuses on Caracal, a character featured so little that I’ve yet to mention their name in any of the weekly reviews for the series to date, and how they got their job within the company. 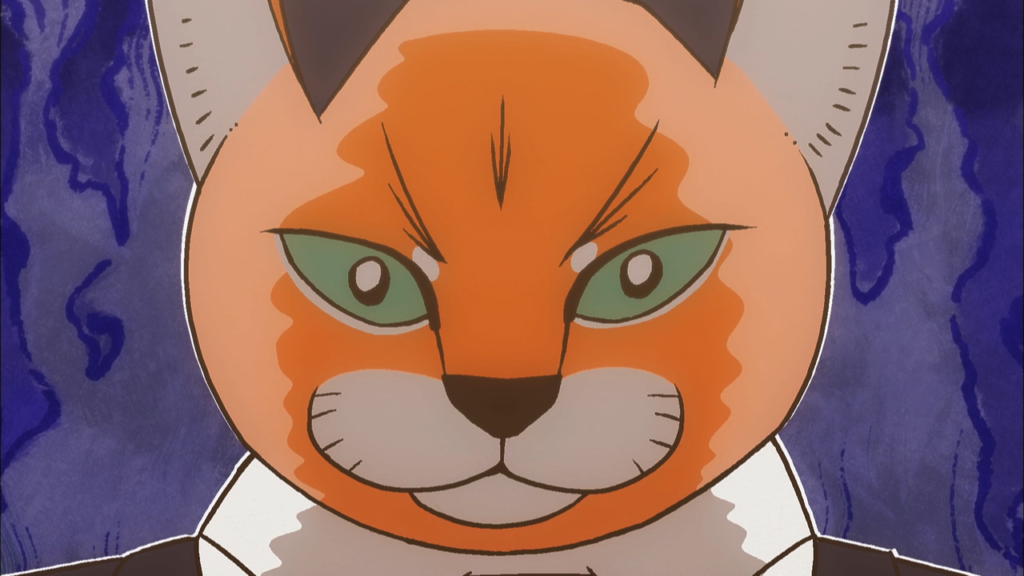 I don’t really have much more to add to this. The story doesn’t develop any of the pre-existing characters, and despite being the first time focus has been given to one of the series’ side characters, it doesn’t really add much to Caracal’s character either. Last week I noted that one of the issues with the episode was that the stories dragged and that overall the episode could have have been shorter without any impact and possibly even an improvement on the overall quality of the experience. The same thing could easily occur here as well, except this time I’d recommend completely cutting this story from the episode altogether, as it doesn’t expand on the show’s cast or provide an enjoyable and humorous viewing experience in its absence.

I actually rewatched the first episode of the anime while writing this review, and it reminded me just how much that first episode, while not perfect, did impress me and showed signs of being a strong comedy to get you through the last few months of 2019. In comparison, watching Africa Salaryman episode 5 is almost like watching a completely different show, with jokes not landing and a lack of identity that would help it to stand apart from the crowd.

When the show is at its best, it’s not only humorous but relevant. At its best, the show uses its setting and workplace environment, alongside its anthropomorphic cast, to poke fun at workplace establishments on one side and tell jokes that take advantage of its unique animal cast on the other, wrapping it together in an exciting spectacle for all audiences to enjoy. However, either through fear or lack of originality the anime often finds itself unwilling to cross those barriers for more than a brief comment (albeit stories that handle this theme are easily the series highlight), while it remains visually grounded and uses its animal casting so little it feels irrelevant.

Far from flourishing wild and free like that first episode promised, this series is looking more and more like an endangered species.