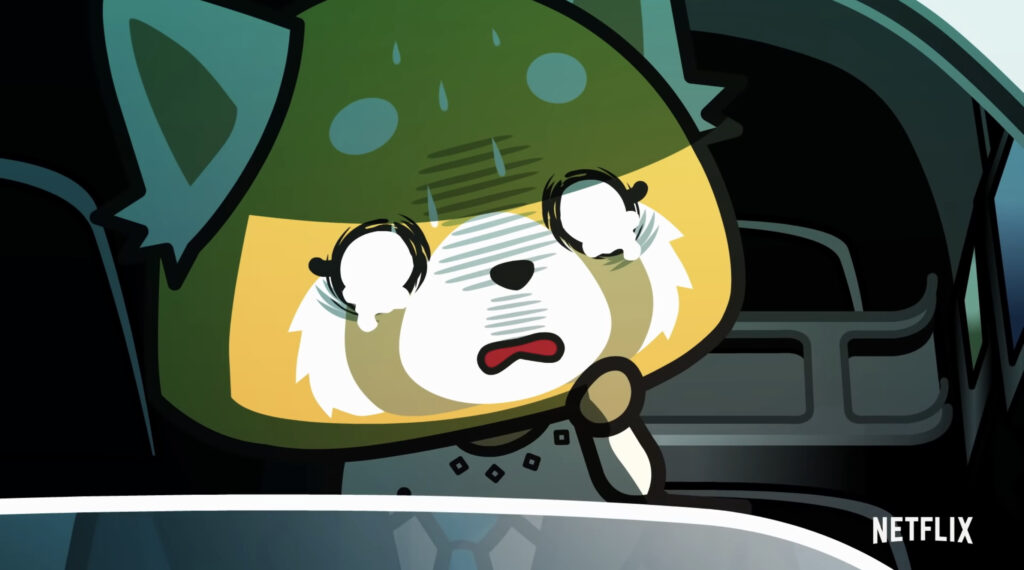 Aggretsuko has perhaps been Netflix’s most surprising hit original anime, as an anime production based on an obscure Sanrio character has lifted the character’s recognition and popularity and been celebrated as beloved and relatable by fans around the world. We gave the holiday special for the series a positive appraisal, with both seasons of the show so far being well-loved here. We were very excited with the news that Aggretsuko season 3 was on the horizon, and a brand new trailer for the series has us on the edge of our seats excited for the series to drop at the end of this month.

This season sees Retsuko stuck in a tight spot, as the disappointment of her relationship troubles from last season haunt her mind going into this new batch of episodes. The thing is, life goes on, and for Retsuko, this life is never dull! First she gets asked by Gori and Washimi to invest in a new application they created, then she accidentally crashes her car and is asked to be the accountant for an underground idol group in order to pay the debts off. This only causes her to be more tired than normal at work, and although her friends take notice and ask what’s wrong, she only isolates herself further by refusing to open up. It appears that Retsuko’s problems with love and life aren’t coming to an end any time soon, and there are a few new characters thrown into the mix that I’m excited to learn more about once the series airs.

It’s great to see Netflix continuing to invest in this series, and luckily, we won’t have to wait too long to see more episodes. Aggretsuko season 3 will premiere all the new episodes for this upcoming series at the same time on August 27th.