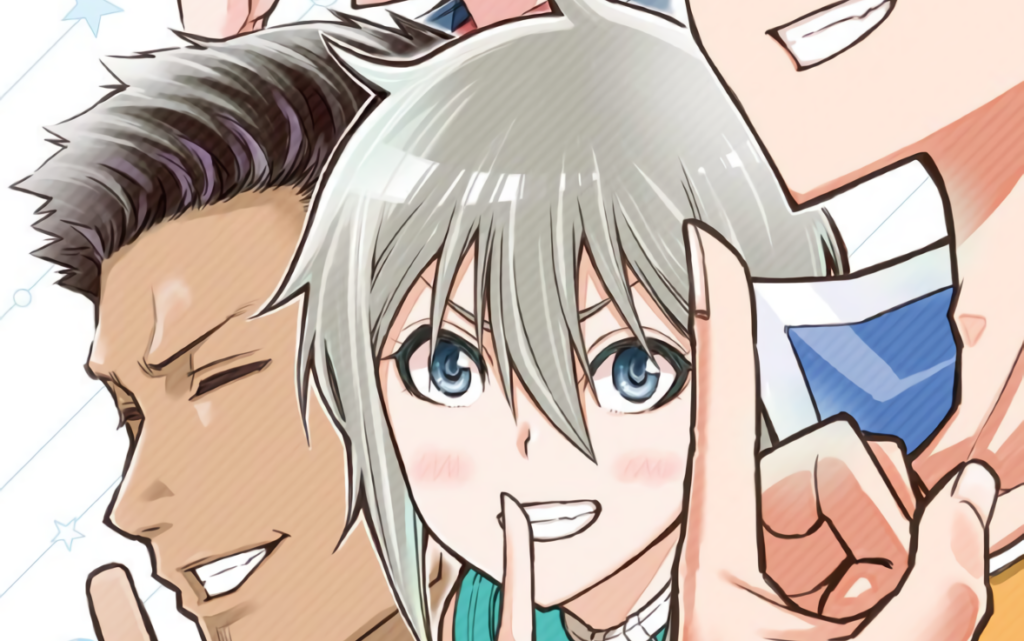 Hello there and welcome to Your Manga Week. Finding time to keep up with all the manga that releases on a weekly basis can be difficult, so I’m here to tell you what’s worth your time and what’s not. We’ll also be discussing the story and arc developments as they come. This week, we’re talking Agravity Boys chapter 16, Mitama Security: Spirit Busters chapter 32, and Mission: Yozakura Family chapter 31.

There are two things that are certain in life: you are born and you die. When it comes to Weekly Shonen Jump, there are two others: series debut and series get canceled. Thus, after the unfortunate failure of ZIPMAN!! – which ended this week – three new series are set to join the Jump roster in the coming weeks. I look forward to checking them out when they debut, but in the meantime, shall we check out this week’s offerings?

This week marks the first time that Agravity Boys has been the lead series of this column since its debut, and for good reason: Agravity Boys chapter 16 is a very funny chapter that shows just how far Atsushi Nakamura’s comedy series has come from its disconcerting beginning.

Having been transported to the galaxy’s premier entertainment district by the Higher Being (now known as H.B.), the titular Agravity Boys and the members of Project Jörd were tasked with picking up as many girls as possible if they wanted to find out what happened to their home planet of Earth. Unfortunately, some of their antics last week landed some of them in trouble with the police, and so Agravity Boys chapter 16 opens on an unfortunate situation: Grislow, Geralt, and Baba locked up in an intergalactic prison, their release set for a couple of days later.

This setting allows Atsushi Nakamura to show off more of his hidden skill: world-building. At the beginning of this arc, it was strange to see that the author was able to create such an interesting fantasy world in a very short space of time given his comedic pedigree. In this sense, Agravity Boys chapter 16 is no exception. The sheer amount of radically different character designs in the prison really lends credence to the idea that this is a world where cultures combine, and it’s fascinating to behold. It’s almost a shame that Nakamura isn’t taking any of this seriously.

Out of all of those different species and cultures, we are most keenly introduced to a handful of very entertaining characters. The first is the so-called ‘Glint gang,’ a bunch of tiny aliens who call out our characters for using their turf and teach them a harsh lesson. The space pirate captain Sache also entertains in the way that his scary exterior masks a kind and respectful interior, thanking Geralt for letting him have the top bunk. Of course, we shouldn’t also forget Grislow’s cellmate, a tentacled alien who can only say ‘Fushuru-shuru.’ No wacky space-faring comedy would be completed without one. 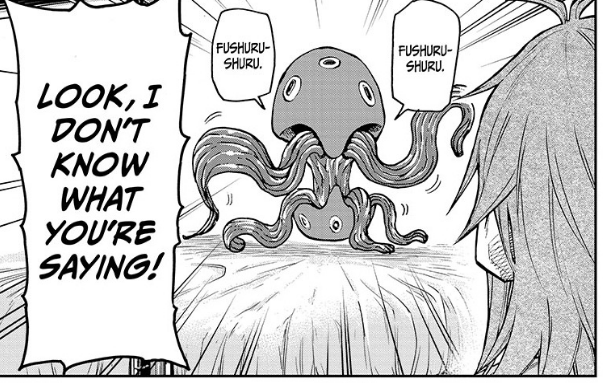 Naturally, most of the comedy in Agravity Boys chapter 16 stems from the interactions between our characters and their new, alien milieu. But there are also several ways in which Nakamura uses the narrative to keep things entertaining: after settling the score with the Glint gang, we cut to a montage of sorts where we see how the boys are entertaining themselves in prison, eventually fitting in so completely that their entire appearance and demeanor changes. The punchline of the chapter then comes when they get roped into a prison break, orchestrated by Captain Sache. What makes this situation particularly hilarious is that they were going to be released the next day anyway, along with their ridiculous outfits and monikers.

Once the boys are out of prison, Agravity Boys chapter 16 can get back to the main plot: building a time machine out of the parts available on Alpha Jumbro so that they can save the Earth before it is destroyed. Nevertheless, the effects of their time in prison aren’t going to go away any time soon. As the H.B. says, they are now wanted all over space for their prison break, so bounty hunters are going to be trying to track them down. We’ll have to say whether this holds true in the coming weeks, or whether it was just a funny throwaway line.

In any case, Agravity Boys chapter 16 shows just how the far the series has come from its disconcerting beginning. It has gone from one of my least favorite series in Weekly Shonen Jump right now to one that I always look forward to reading, and this is mainly because of the shift that has taken place in Nakamura’s humor. No longer is he solely targeting Chris on account of his feminine proportions – he has widened the scope of his humor to include the whole cast, which makes things feel a lot fairer. Given that volume sales have also been fairly solid, we can also expect the series to be sticking around for a while yet.

Given the current situation of the world, it is perhaps not a bad thing that this week’s column features a lot of gag manga. We all need a laugh every now and again to lift our spirits, and Mitama Security chapter 32 will hopefully provide just that.

Taking as its basis the long-running tension between Soya and Rena, Mitama Security chapter 32 sees the aforementioned two characters and Mitama on their way to the movie theater. But Mitama is frustrated at how slow their progress is, which may make them late to the showing because Soya and Rena are stuck arguing about what type of popcorn is best: salted or caramel. 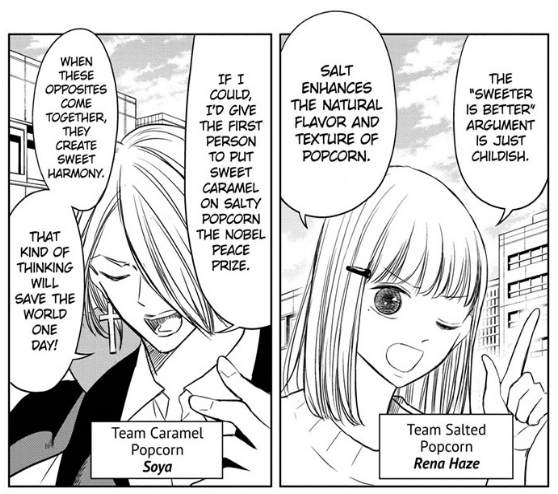 This opens up a very interesting debate because I never realized just how universal the clash over popcorn really was. Ever since I was a kid, I’ve always enjoyed salted over sweet, which has always put me at odds with whoever I go to the movie theater with. Most of the time, I end up getting a separate bag, which suits me just fine, but I’d be interested to hear which way our readership falls. Salted or sweet? Let me know.

In any case, most of the gags in this chapter stem from the popcorn debate. But there also the issue of Mitama’s new quirk: the dumb face that he pulls several times throughout Mitama Security chapter 32 in response to Soya and Rena’s conflict. This isn’t the first time that this has appeared, but this chapter certainly cements its place as a regular weapon in Tsurun Hatomune’s comedic arsenal. That might not be such a bad thing, as it has incredible meme potential and makes me laugh nearly every time. 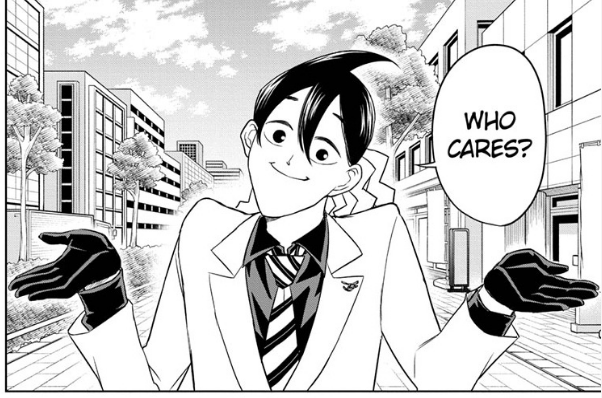 Even once the characters get over their argument and arrive at the movie theater, the hilarity of Mitama Security chapter 32 doesn’t stop. Despite being universally rejected in last week’s chapter, all of the fan-submitted ghosts have come to crash the party, with one of them blocking Mitama’s view of the screen. Aside from the comic relief, it’s nice to see fan creations being used in such a way. Hopefully, this will foster even stronger links between the series and its fanbase.

Whether or not Mitama Security will have much longer to foster those links is, however, an open question. The first collected volume of the series did badly enough not to appear in the Shoseki rankings, and neither did the second volume. Although the bar for gag manga in terms of sales tends to be a little lower than other types of series, what kind of an effect the incoming slate will have on Tsurun Hatomune’s series remains to be seen. Here’s hoping that it doesn’t get axed, however, because Mitama Security chapter 32 proves that there’s still plenty of life in the series yet.

Finally, we come to Mission: Yozakura Family. Much like Agravity Boys, this is a series that has been doing surprisingly well, its second collected volume coming just behind that series in terms of sales. Clearly, there’s a readership for this series that has been enjoying it much more than I have as of late. Given this, Mission: Yozakura Family chapter 31 cleverly ensures that the story has plenty of material to draw from going forward. 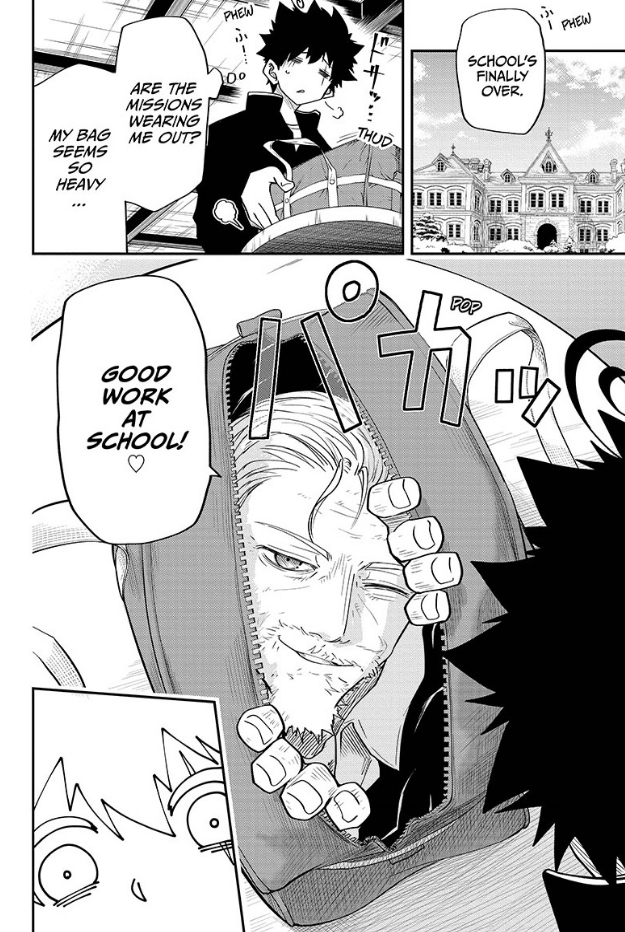 Ban’s role as a spy and a member of the Yozakura family is also one that we’ve never seen before. Instead of being an active, mission-going member along the lines of Souichiro or Taiyo, his job is to gather information on the criminal underground while in prison. The fact that this is partially because of his tendency to give critical information to any pretty lady who asks is beside the point!

Not only does Ban provide a welcome change from the regular kind of espionage activities that the series explores, but he also provides a moment of reflection for Taiyo with regards to his relationship with Mitsumi. Ever since the beginning, their relationship has provided the series with its emotional core, but it has undergone several transformations, pushing the two ever closer towards actual romance. Ban’s line about treasuring the moment while you can will no doubt further this process, especially as Taiyo reaffirms his commitment to his wife in response. 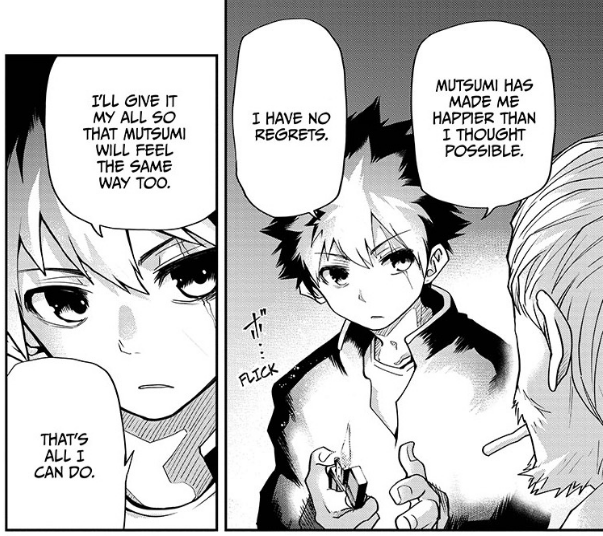 The end of Mission: Yozakura Family chapter 31 then introduces us to yet another character: Keiko Yozakura, the former eighth head of the Yozakura Family and Taiyo’s grandmother-in-law. There’s a gag here about how Ban implied that his wife has somehow passed away, but more important is the glimpse that this offers Taiyo and the readers as to what may come of the central couple in the future. Let’s just hope, though, that Taiyo doesn’t turn out as irresponsible as he is!

On the whole, Mission: Yozakura Family chapter 31 provides the series with plenty of material to work with going forwards. Not only do we have two new characters, but we also have new sides to the spy gig that we’ve never seen before. My wish is that Hitsuji Gondaira now builds on this with a new, longer arc that will hopefully be more compelling than the last. Otherwise, he could see the success that he has managed to achieve so far slip very quickly from his grasp.