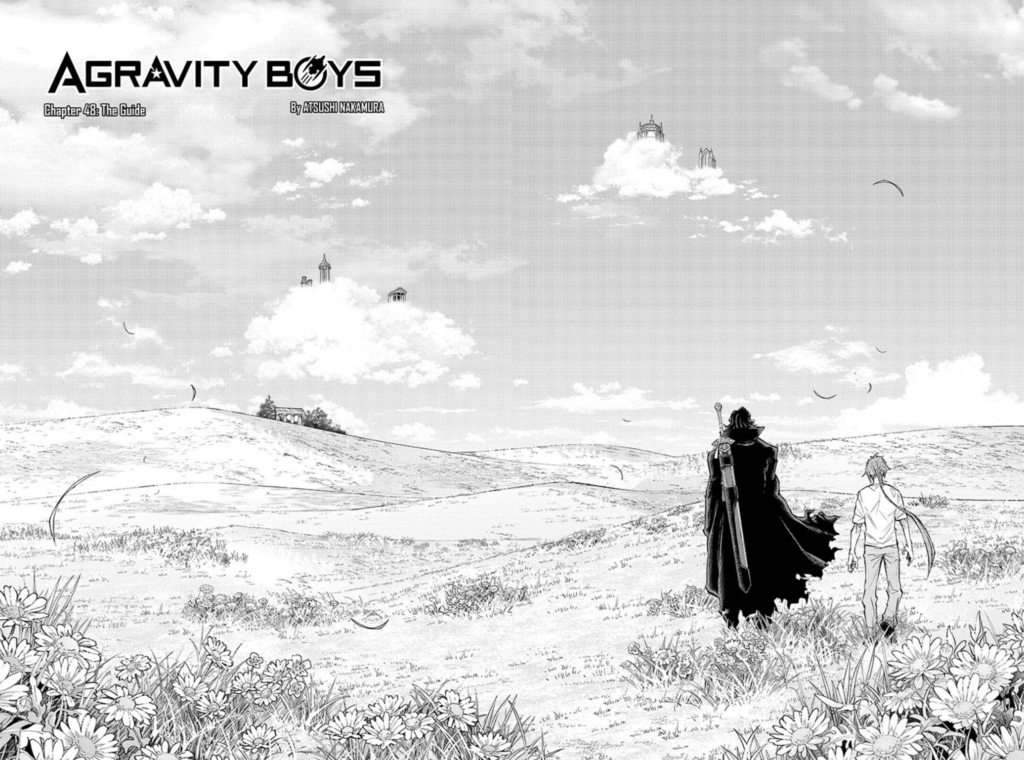 The beginning of a new week can only mean one thing: time for new Weekly Shonen Jump! This is where Jacob investigates the latest and greatest in the magazine, telling you what’s worth your time and what’s not. You can find coverage of other series under the tag Jump Time. Here’s Agravity Boys chapter 48.

Sorry, I don’t make the rules: as Agravity Boys chapter 48 says, if there’s one thing that unites all boys no matter the age or generation, it’s the hilarity of one simple word: ‘Penis.’

It’s not as if Agravity Boys chapter 48 isn’t aware of the absurdity of its own premise. At one point, Grislow embodies the sentiments of the average reader and says, ‘I seriously doubt wieners are really that important… This is all just one extended potty joke!’. He also spends the majority of the chapter in utter disbelief. Yet, somehow, the gag works. 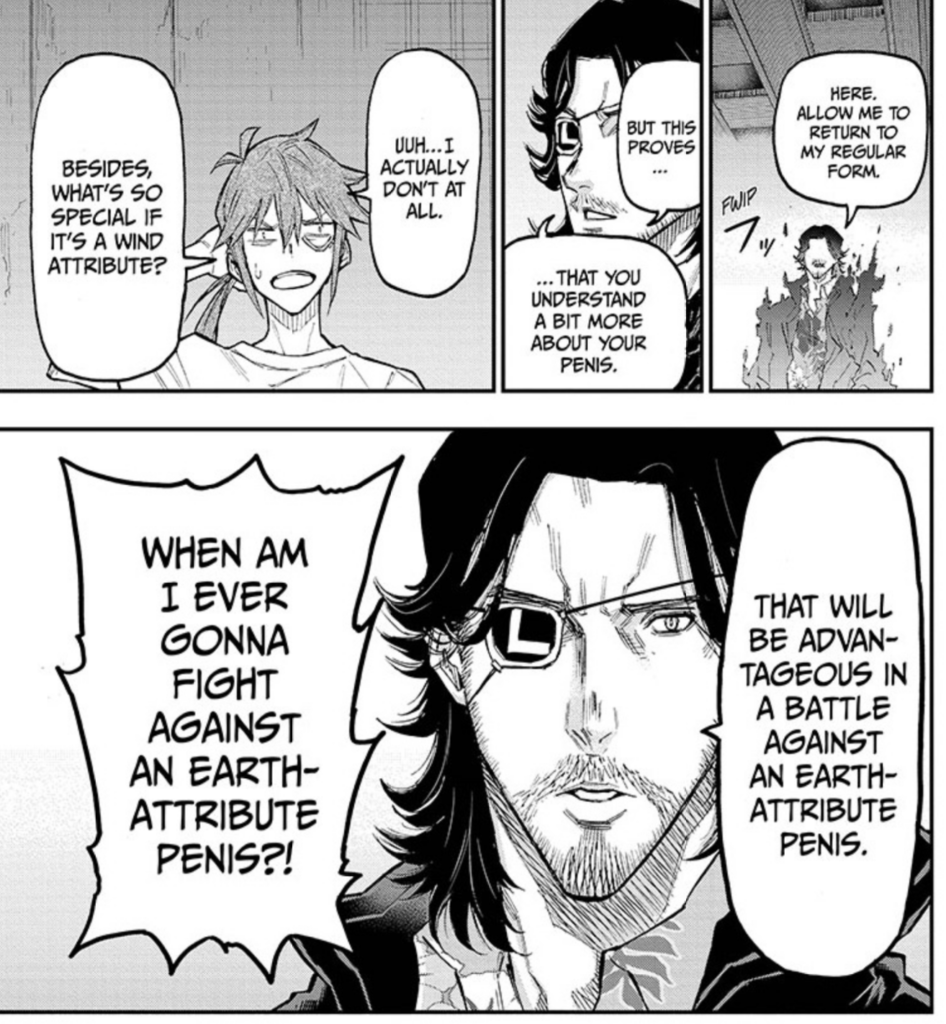 Perhaps one of the reasons why is Agravity Boys chapter 48’s insane dedication to its own cracked-up continuity. When chapter 47 left off with Grislow waking up in the middle of ‘the penis world,’ I expected this just to be another throwaway gag.

Not so. Agravity Boys chapter 48 ends up stringing together a pretty competent exploration of the powers of the penis, all in the name of parodying similar power systems that have existed in Weekly Shonen Jump. Luckily, I can think of no series serialized in the magazine at the minute that uses the same concept of different ‘elements,’ but it certainly was a common trope in times gone by. Plus, if one such series does exist, then it’s probably feeling pretty embarrassed by now.

Again, you’ll know from just this simple description if this chapter is for you. That’s always been the problem with this series: it’s so over-the-top with its crude humor and sexual sensibilities that it ends up making some readers (myself included) uncomfortable. That probably won’t ever change, either. Oh well.

You can read Agravity Boys chapter 48 for free via VIZ Media.