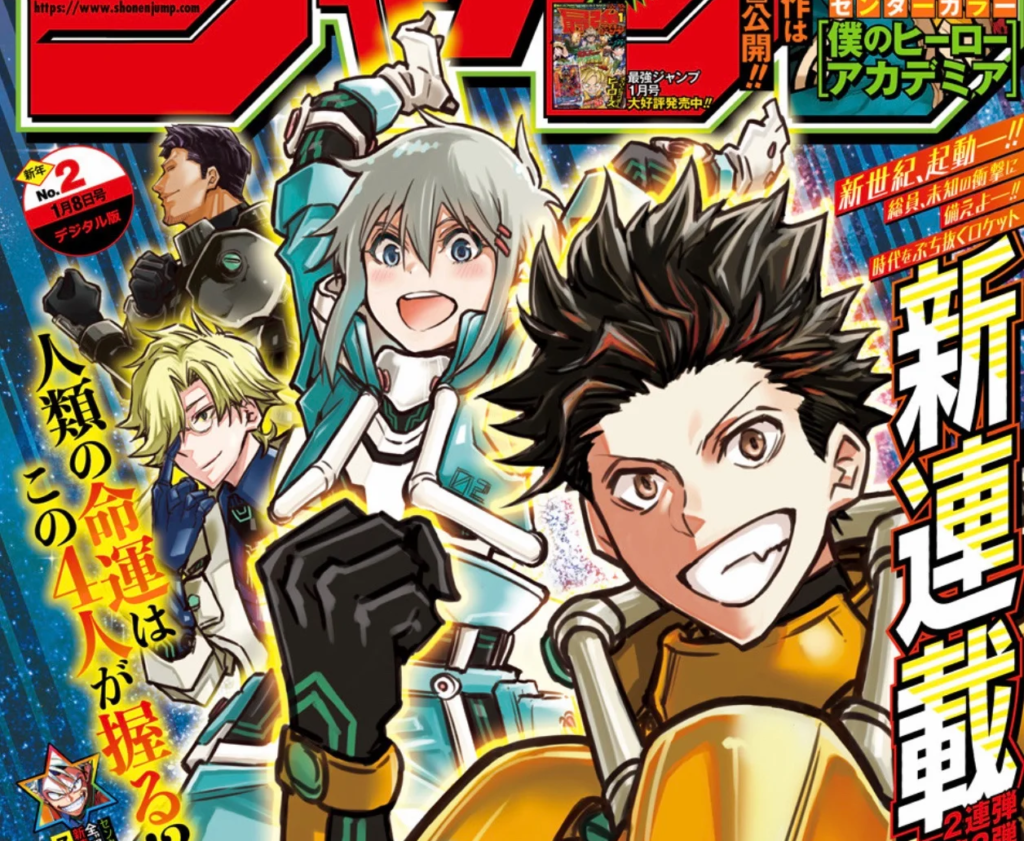 Many people have described Atsushi Nakamura’s Agravity Boys as ‘Grand Blue in space,’ but with a lot more booze. In this sense, much like a drunk man, Agravity Boys staggers back and forth with reckless abandon; sometimes, it hits the mark, but sometimes it misses it entirely, falling by the wayside as a result. So while it may stick around in the Weekly Shonen Jump line-up for some time yet, it would be folly for Shueisha to bet on it – better to trust something that is more likely to be able to walk in a straight line, like Yoshifumi Tozuka’s Undead Unluck.

Agravity Boys follows the adventures of a group of four young boys – Saga, Baba, Geralt, and Chris – as they attempt to live life on an alien planet known as Alpha Jumbro after being sent there on a scientific fact-finding mission. The only problem is that their long journey to get there in cryogenic sleep meant that they accidentally slept through the Earth’s destruction, making them the last surviving members of the human race. Or, so it seems.

In reality, this science-fiction premise is just a pretense for the real meat of the series, which lies in its character-based comedy. That being said, there are some moments where narrative does come into play – mostly initiated by the mysterious ‘Higher Being,’ who enjoys tormenting the four boys with promises of girls, gadgets, and the answer to the questions surrounding Earth’s destruction – in that order.

That first promise brings us to by far Agravity Boys’ worst feature: its focus on sexual comedy, often at the expense of one particular character. That is not to say that sexual comedy is inherently bad, nor that it does not belong in Weekly Shonen Jump – far from it, many series thrive on it and the genre conventions of the demographic are not as restrictive as you may think – but the way that it is executed by Atsushi Nakamura means that it does not come across very well.

This is because Agravity Boys’ sexual humor mainly targets the character of Chris, who is quite effeminate in his appearance. In the very first chapter, for example, when Saga, Baba, and Geralt learn that they are the last surviving members of the human race and are given a device by the Higher Being that would allow one of them to transform into a woman, they immediately start making advances on Chris – who has been, let’s not forget, a close friend for many years. It’s a little weird, to say the least.

The problem gets worse in chapter 4, where the whole story builds towards a full page spread of Chris’ naked body, as seen through the eyes of his so-called ‘friends’ (see above). As a result, this makes him into one of the only characters up until that point that has been objectified in a sexual manner – other, female characters do appear in previous chapters (such as chapter 2), but they are not depicted in the same way that Chris is, even if they are the object of Saga, Baba, and Geralt’s salivating desires.

Of course, an active libido is a fairly normal part of any boy’s personality around the age that Saga et al. are, but the way that Nakamura uses this for cheap laughs at the expense of Chris, who is supposed to be their friend, feels strange and even downright cruel in some respects.

Thankfully, there is a change that occurs in Agravity Boys pretty early on that pushes it away from its previous brand of exploitative sexual humor. One can only assume that Nakamura pushed the envelope too far in chapter 4 and was asked to change his approach, the fruits of which are plain to see: chapter 6 is surprisingly heartwarming, and chapter 7 mocks the lifestyle of other characters and exploits their naked bodies, for a change.

Up until that point, my opinion of Agravity Boys was decisively negative. Following the series and writing about it every week was like discovering a whole new level of anger and disgust, but I have since come to rather enjoy it. The tipping point came in chapter 14, where Nakamura transported the boys to a new setting and engaged in some rather efficient world-building, all the while delivering a fair few laughs.

If Nakamura revealed his hidden talent for world-building in chapter 14, then his other hidden talent has been evident from the very beginning: his strong art, which honestly feels too good for a comedy series such as this. While Tsurun Hatomune gets away with fairly simple designs and backgrounds in Mitama Security, Nakamura fills each and every chapter of Agravity Boys with complex mechanical designs, lush settings, and surprisingly detailed character art – even I had to admit that that aforementioned full page spread of Chris’ naked body was pretty well drawn. 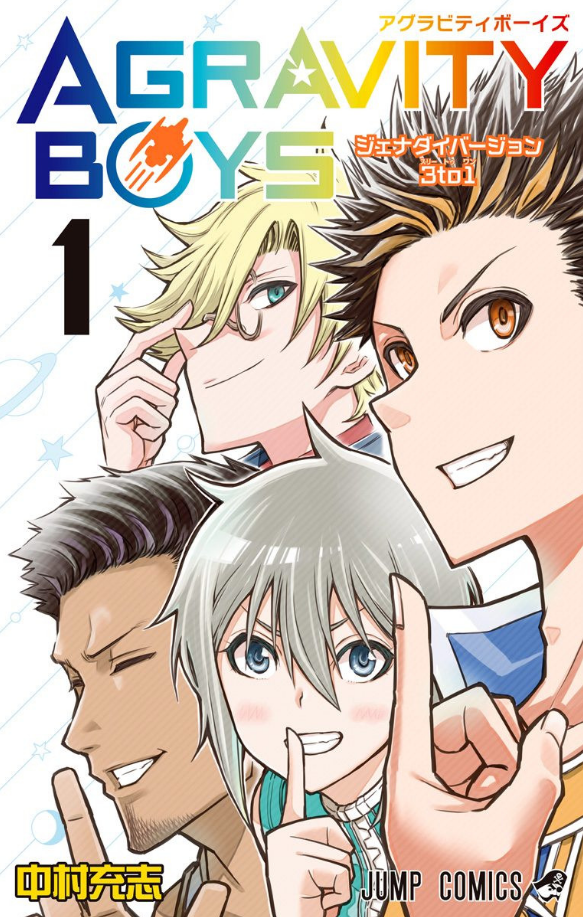 Along with this more consistent strength, Nakamura has continued to strengthen the cast of Agravity Boys throughout the weeks, along with its overall narrative. Chapter 10 saw the introduction of a new quartet, belonging to the Russian ‘Project Jӧrd,’ who have acted as excellent foils for the antics of Saga, Baba, Geralt, and Chris. The aftermath of the hilarious chapter 16 also saw them tasked with a new objective: build a time machine out of the parts available on Alpha Jumbro, which is proceeding slowly. In this sense, Agravity Boys is going from strength to strength.

But could it become the new Gintama? The reason why I bring up Hideaki Sorachi’s series is that it is, in many ways, very similar to Agravity Boys: it features a strong setting, as distinct from the more ‘gag’-focused Mitama Security; suffered a similarly disconcerting debut, and only got good later on. Moreover, Shueisha is undoubtedly looking for a success along the lines of Gintama now that it has concluded and no comedy series has yet to take its place – at least, not for an extended period of time.

Betting any sort of future success on Agravity Boys seems, however, counterintuitive. It proved disconcerting enough at the beginning, and it has yet to reach the comedic heights of Gintama, provided that is even possible. While it is selling well enough to warrant a second print run for its first volume, it seems at this very moment to be not unlike a drunk man – staggering back and forth, sometimes able to put one foot in front of the other, but incapable of going in a consistent direction. Better stick around and watch this space to see what happens if it can sober up.

You can read Agravity Boys for free via VIZ Media’s Shonen Jump.